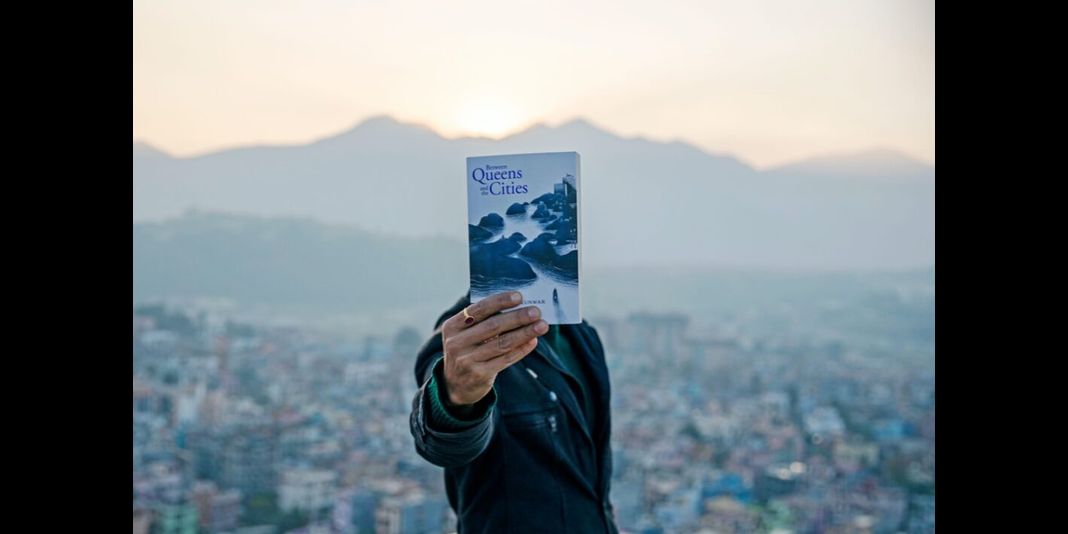 It was sometime in 2015 that I first noticed a crop of first-hand accounts of life in Kathmandu as a gay man began in a few of the city’s magazines. The Nepali Man, a men’s magazine, hosted a series that touched on everything from growing up gay to getting on Grindr as an adult. On Lalit, a literary magazine, an article recounted the author’s return to Kathmandu from New York City. The articles were bold, a frank assessment of gay life amid Kathmandu’s choking sexual insularity. In one particularly poignant essay, the writer lamented:

“There is no space for us. No one lets us in. No one knocks on our doors. No one asks about our homes, no one contacts our families. They think we don’t need company, that we don’t need help. But we continue to exist. We continue to imagine possibilities, to dream up phrases and assemble them into sentences, to reach for an instrument and create our own music.”

This paragraph returns in a memoir by the writer of those essays, Niranjan Kunwar. While Kunwar published early writings under his pseudonym, Charlie Chaulagain, the memoir, Between Queens and the Cities, is written under his own name. It is Kunwar stepping defiantly into the crack he created as Chaulagain in Kathmandu’s heteronormative literary space.

Between Queens and the Cities recounts a particularly turbulent time in Kunwar’s young life. Beginning with him as a 19-year-old just about to leave for college in the United States and ending with him back in Kathmandu, his home town. In between, he graduates, goes through the everyday humdrum of work life and relationships before  deciding to return to Nepal and the anxieties that come with giving up a life where you are free to be yourself for one where the individual is routinely sacrificed in favour of the collective. New York City and Kathmandu are the cities and Queens functions as both a reference to Kunwar’s sexuality and New York City’s most diverse borough.

The tale is not unfamiliar. It is one that has been recounted before, just not through the same lens. A new perspective forces vigour into a tired trope. Why does he return to Kathmandu? “In Kathmandu, I am able to examine the roots of my fear more carefully,” he writes.

The memoir, which begins with Kunwar as an 18-year-old and ends with him in his late 30s, is devoid of the extraordinary. Kunwar does not struggle with his sexuality. He is just less certain about who he is as a person and what he wants out of life. The arc of the memoir thus hinges on Kunwar living a life where he is both comfortable and content, and that means learning to live in a space that is not comfortable with your identity, harkening back to the book’s apt title.

Kunwar’s prose is light and airy, like the dream-like illustrations by Ubahang Nembang that grace the cover and announce the various chapters. Nembang’s style is brooding, much like Kunwar’s prose, and they capture the introspection of the book’s narration. Kunwar looks as much into himself as his surroundings. He judges himself -- harshly at times -- and others around him. But he does not indulge in heady metaphors or draw large emotional threads. One thematic element that resurfaces, however, is Kunwar’s relationship with his father, a no-nonsense man used to calling the shots and dragging everyone along with him, whether they like it or not. Kunwar bristles under his father’s thumb and explodes at him in one particularly poignant scene in Dhulikhel. He even begins to see a psychiatrist with whom he traces the origins of his lingering trauma to his father.

But as with most things, Kunwar’s relationship with his father is complex. It is not just the resentment of a gay son for a conservative father but also that of a progressive, urbane young Nepali for the ossified traditions and values of an aging society. Kunwar’s dalliance with the freedom that a foreign country brings is one that is experienced every year by thousands of young Nepalis who leave the country for education or work and find themselves able to breathe freely, as if the large hand covering their mouths has finally been lifted.

Kunwar tells his story simply, his own consciousness acting as a fulcrum for the roving cast of characters that include his family, friends, and lovers. He travels a lot, from New York to Kathmandu, from Kathmandu to Bangkok, and from New York to Istanbul. It is a decidedly upper-class life, which perhaps affords him something of a shield against the kinds of prejudices that many LGBTIQ individuals in Nepal continue to face. But that does not detract from the memoir’s importance.

This, to my knowledge, is the first recounting of life as a gay man in Nepal, and that alone is enough to provide the book with a responsibility that outweighs its ambitions. This is not a book that aims to speak for all gay Nepali men, which is why it works as a memoir. Fiction risks being read as metaphor, but a memoir is particular and resists generalization. This is Kunwar’s story, no one else’s.

Memoirs run the risk of being self-indulgent and Kunwar toes that line. Although he doesn’t quite resort to navelgazing, sections in the memoir feel like they are there simply because they happened, not out of narrative choice. An extended family sojourn to Bangkok drags on for pages while pushing the narrative forward little. Reflecting on one’s life requires judicious editing.

Kunwar, however, is very aware of how subjective and personal memoirs can be. So he devotes the penultimate chapter of the book to telling the stories of other LGBTIQ individuals. In a chapter titled ‘No one sings our songs,’ Kunwar goes on to compose an orchestral, bringing together experiences from across the spectrum. Kunwar’s project is one of representation.

“...I remember how growing up gay in Kathmandu felt like. When I was younger, there were no stories about Nepali men who liked men. And we know how stories can inform and teach, can show the way,” he writes.

Kunwar reminds us: stories can save lives.

Who we are limits what we know. For cishet men like me, the gay experience is not ours, and it is books like these that provide a window into a life that I do not know. And lo, all that is there is familiar. Coming of age, navigating adulthood, battling loneliness, acquiring love and then losing it -- they all define Kunwar, just as they define all of us.

The banality of Kunwar’s memoir is as urgent a plea as that of a more distressing work. For Nepal, this is especially important, as portrayals of LGBTIQ individuals on television, film, and writing are either woefully inadequate or blatantly offensive. The literary landscape, both in English and Nepali, is festooned with the ramblings of cishet men, myself included. This memoir is, of now, that lone aberration.

This is a book about being gay in Kathmandu, and New York. It is not a call to revolution but it is a call to action. A memoir like this is important because it does not want your sympathy -- all it asks for is your empathy.

Betweens Queens and the Cities

Nepal’s history, as documented in Dalit: A Quest for Dignity, shows how entwined Hinduism and caste are.