Everything you need to know about black fungus

Everything you need to know about black fungus

As Nepal registers its first casualties from Black Fungus, The Record explains what the fungal infection is, who is at risk, and if we should be concerned. 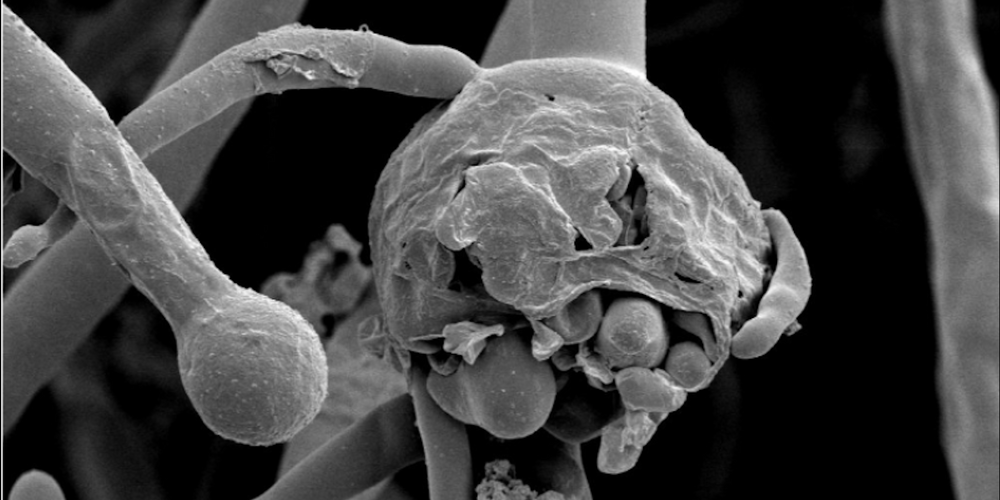 In the past two weeks, five patients at the Narayani Sub-Regional Hospital, in Birgunj, are believed to have succumbed to Mucormycosis, commonly referred to as ‘Black Fungus’. According to Dr Uday Narayan Singh, the Covid-19 coordinator of the hospital, three other Covid-19 patients have contracted the fungal infection but are recovering.

“Of the five casualties, the culture results of two have confirmed the infection caused the deaths,” said Dr Singh. The hospital is awaiting the results of the other three casualties.

The presence of the fungus in Nepal is a cause for alarm, as in neighbouring India, Mucormycosis has already been declared an epidemic, with almost 9,000 cases being reported across the country especially in Covid-19 stricken states like Gujarat, Maharashtra, and Andhra Pradesh.

“Like in India, the fungal infections here have been seen in Covid-19 patients whose immune systems are most vulnerable, especially patients with diabetes and poorly controlled sugar levels,” said Dr Singh.

What exactly is Mucormycosis or ‘Black Fungus’?

Mucormycosis is a rare fungal infection -- with a mortality rate of 54 percent -- that can infect any part of the body. Typically, it infects the airways and spreads through the body, affecting the sinuses or lungs then bones and body tissue. The fungus can also affect eyes and the brain.

It is caused by exposure to mucor mold. which is commonly found in soil, plants, manure, and decaying fruits and vegetables.

“In plain and simple Nepali, it is dhusi,” said Dr Singh. “It enters the body through the air. The infection can progress very fast and if left untreated, it can be fatal.”

What are its symptoms?

Symptoms start with nasal blockage, swelling of the nose, cheeks, eyes, toothache, and severe headache. It is followed by bleeding from eyes and ears. Other symptoms include blood in stool, diarrhea, belly pain, nausea, and vomiting.

The infection has been seen in patients with AIDS, kidney failure, those undergoing cancer treatment, and organ transplants.

As the infection deepens, it can cause potential loss of eyesight, even removal of infected body parts, such as nose, eyes, and jaw bones.

“The infection spreads from fungal spores present in the air or in the environment. One needs to first understand that there are fungi as well as bacteria present in our environment and our bodies, but they are kept under control by our body’s immune system. When the immune system is compromised, these bacteria and fungi get a chance to multiply and spread infection,” said Dr Vikash Paudel, a dermatologist.

So, does it spread from human to human?

“It could. But there are many factors that come into play, such as where the infection has manifested and in how humid an environment the patient is staying. For example, if the fungus has infected a patch of skin on a patient and the skin comes in contact with another immuno-compromised person through a cut, then there are chances the fungus could transmit,” said Dr Paudel. “The chances are very low though. This is not an easily transmittable infection.”

Why are Covid-19 patients being infected?

This infection -- although rare -- can happen to anyone and at any age. But doctors believe the current surge of Black Fungus cases has been triggered by the use of steroids, a life-saving treatment for severe and critically ill Covid-19 patients.

“Mucormycosis has been particularly seen in India in diabetic patients who are on steroids for Covid-19 treatment. It is believed to be triggered due to imbalanced doses of steroid treatment on Covid-19 patients, particularly diabetics whose sugar levels shoot up uncontrollably during treatment,” said Adarsh Man Sherchan, a Covid-19 molecular researcher.

Steroids -- like Dexamethasone -- reduce inflammation in the lungs to help them take in more oxygen. But steroids also reduce immunity and push up blood sugar levels in Covid-19 patients.

Then there’s also the question of why it is happening in India, as no other countries (except for now, Nepal) have reported Black Fungus infections in connection with Covid-19 yet.

“It could be tied to issues of poor hygiene, lack of sanitization, and a lack of standardization of the oxygen cylinders that are being used,” said Dr Paudel.

Should we be worried?

“I would say, yes,” said Dr Singh. “The country’s health system is already stressed because of Covid-19 cases, another infection epidemic would be chaos. The infection is also very tricky to diagnose early on because it has many symptoms, and antifungal medicines are expensive. There’s also a shortage of it right now.”

However, precautions can be taken to avert India’s situation.

“It is recommended that Covid wards be disinfected thoroughly multiple times a day and patients (particularly diabetics) be checked for correct steroid dosages not allowing sugar levels to spike uncontrollably,” said Sherchan.

Another way to prevent cases is by being careful about the use of steroids.

“Only use steroids -- and other medication -- under doctors’ orders. I have seen patients using antibiotics for viral infections, which do not work,” said Paudel. “Do not self-medicate; people are only compromising their body’s natural immunity systems by doing so.”