Nepal’s political parties are required to ensure inclusive, decentralized democratic processes in their internal functioning but they remain highly centralized. 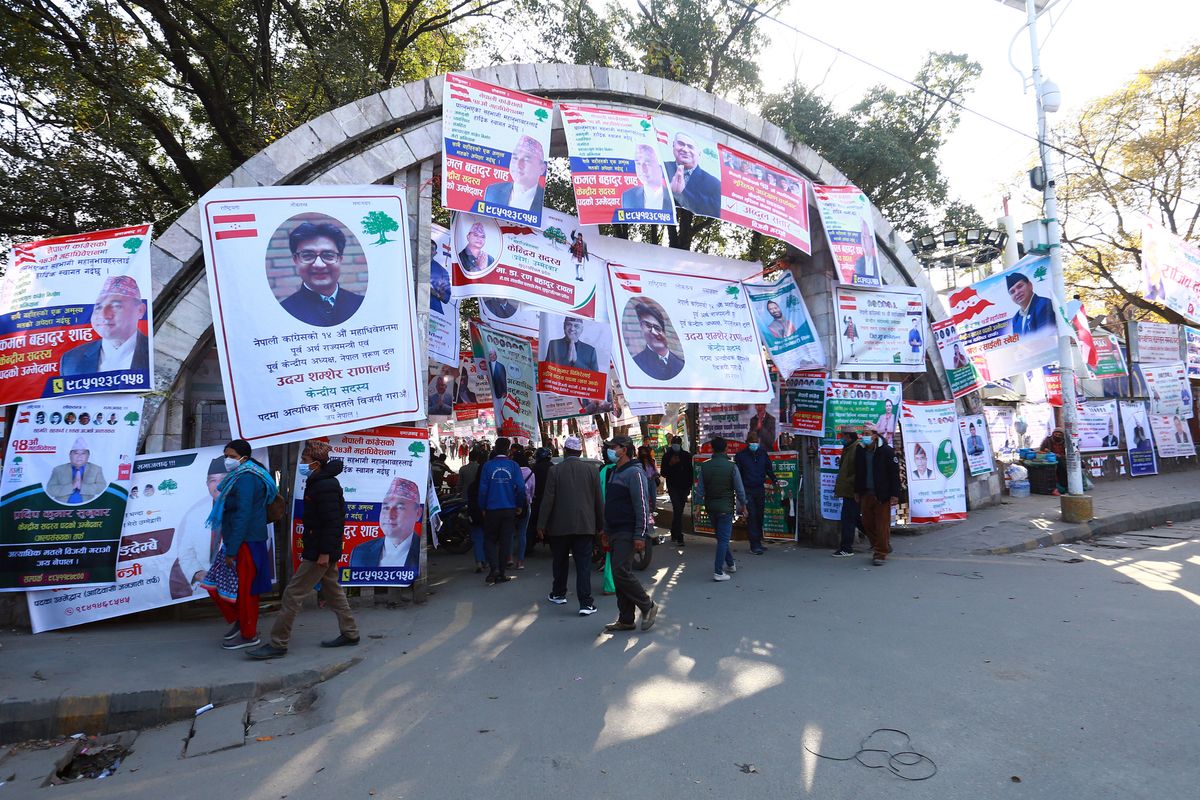 Political parties are distinct social and political organizations because they are founded with the fundamental objective of fielding candidates for public office. The very reason a political party is created is to establish a chain of connections among ordinary voters, candidates striving for office, the electoral process, and government officials. Parties play an essential institutional role in a representative democracy, as they help recruit candidates, integrate citizens, formulate public policy, and structure campaigns. Political parties thus do not constitute mere appendages of government, but in fact, play an essential and determinative role in it.

Given that political parties perform such an important function in a democracy, questions have recently arisen about the nature of democratic processes that govern their own internal functioning and their decision-making processes, especially in light of the recent general conventions of various political parties.

Internal democracy refers to the manner in which party members are included in decision-making deliberations within the party structure. It refers to the processes that political parties adopt to develop the competencies of their members so that they become better, more capable representatives.

Among Nepali political parties, a helpful model for understanding how intra-party democracy functions would be to look at centralization and inclusiveness. Centralization refers to the extent to which decisions are made by a single person or a national-level set of elite party officials while inclusiveness refers to the backgrounds and identity of the people responsible for decision-making within a party. As evident in the recent general conventions, the CPN-UML and the Maoist party were both highly centralized with decisions largely taken by their chiefs – KP Sharma Oli in the former case and Pushpa Kamal Dahal in the latter. While both parties did make attempts at ensuring inclusion in their top leadership bodies, there is still a lot left to be desired.

Looking at political parties through the lenses of centralization and inclusion, it becomes imperative to understand how candidates are selected, how the party is organized and it makes its decisions. Although popular wisdom would dictate that more decentralization and inclusiveness would be a democratic benefit to the party, that may not necessarily hold true. Increased decentralization could instead empower local party officials to ignore the national leadership, making it exceedingly difficult to control and discipline party members.

A recent example of this could be the Nepali Congress’ general convention, where ostensibly free and fair elections were held. But the value of those elections quickly decreased as the leadership broke down along factional lines and reelected Sher Bahadur Deuba in return for concessions in party and government appointments.

Giving every party member a say in the final decision-making would also make the entire party structure superfluous and national leadership incompetent. This is a consistent feature of the Congress where the losing faction always bargains for 40 percent representation in the party structure but the top leadership finds that difficult to manage, often leaving the party in a stalemate. This can be observed in the events that followed the 12th and 13th convention of the Congress, where the party’s departments could not even be finalized till the expiration of their term due to constant squabbling.

Communist parties like the UML and the Maoists have long believed that internal democracy would lead to internal strife and, therefore, was undesirable. However, this has proved to be an incredibly myopic approach. An extremely centralized party structure can often lead to disillusionment and defection among the party rank-and-file. This happened most recently in the UML, where a faction led by Madhav Kumar Nepal, disgruntled with Chairman Oli’s centralized working style,  split to form a new party.

Political parties have largely been regarded as private institutions, even though they are technically not, and have thus been allowed to conduct their operations freely without excessive scrutiny and intervention. It was even considered potentially harmful for authorities to probe into a party's internal structure as it could harm the party’s ability to freely and independently compete with other political parties. Placing curbs and interventions on internal party democracy could even lead to difficulties in political parties meeting their campaign promises. However, these reasons are not entirely sound. Political parties are regulated by the constitution and the Political Parties Act, which requires that they maintain internal democracy and that they hold elections at least once every five years. So by all tokens, they are organizations that must be open to public scrutiny.

Political parties are required to elect their leadership, whether it is the national-level leadership, local chiefs, or organizational heads. These elections are significant in the workings of a political party as these elected officials are responsible for critical decision-making and directing party policy. Therefore, the mode of such an election or selection goes a long way towards determining the party's future course. It is, therefore, necessary to assess if the electoral process is truly democratic and allows everyone to compete or whether it is an opportunity restricted only to an elite few.

As the recently concluded convention of the four major parties showed, liberal democratic parties like the Rastriya Prajatantra Party and Nepali Congress appear to be more inclusive and democratic where almost everyone is allowed to compete. In the communist parties, it is the party chief that largely decides on the candidates for the top posts.

For a party to be welcoming of persons who wish to break into politics, it must be democratic in its decision making, permitting all of its functionaries to have a role and say. Although the centralized administrative structure of the country has transformed into a highly decentralized federal system, the same transformation within the parties has yet to take place. Party elites at the federal level still appear unwilling to yield their authority to regional and local actors. Moreover, decisions in most parties are not taken by the concerned authorized body but by a coterie of individuals surrounding the party supremo.

Candidate selection is perhaps the most crucial feature that distinguishes political parties from other political and social institutions. Selecting candidates for public office is essentially a private affair, though it may be subject to legal regulations in certain countries. In Finland, Germany, New Zealand, and Norway, the legal system specifies a specific procedure to be followed for candidate selection, and in the United States, candidate selection happens in the form of primaries, which are elections.

These procedures, however, are generally unregimented and are subject to changes in case of political expediency. In any case, when the party selects a candidate, it usually puts its full strength behind them. A party must present a united front before the electorate. But all too often, candidates backed by one faction do not get the support of an opposing faction, and candidates are just as often chosen by the top leadership of the parties, instead of through a fair electoral process.

The study of internal democracy within parties is significant for multiple reasons. First, internal democracy can help improve the linkages among the electorate, the party, and the government, making the political party a more relevant institution, giving it greater legitimacy and enhancing its stability as it competes for power.

Second, internal democracy improves representation and participation. This helps foster healthy competition between party members who are given incentives to work towards the public benefit. It also helps maintain accountability for party leaders and ensures a more thorough discussion of the various party and policy-related issues.

Recent times have shown a marked lack of enthusiasm, especially among the youth, regarding political parties and that is largely due to their lack of internal democracy. Parties are seen as dynastic and preferential towards specific candidates, leading to disillusionment This could be seen in all the recently concluded conventions where all elected candidates were either part of specific factions or part of a dynastic political family.

Implementing an effective internal democratic regime can thus help ensure that declining enthusiasm and trust are dealt with. Democracy and accountability are part of Nepal’s core constitutional values and it is reasonable to expect that they are embraced by its political parties, given how they form an integral part of representative democracy.