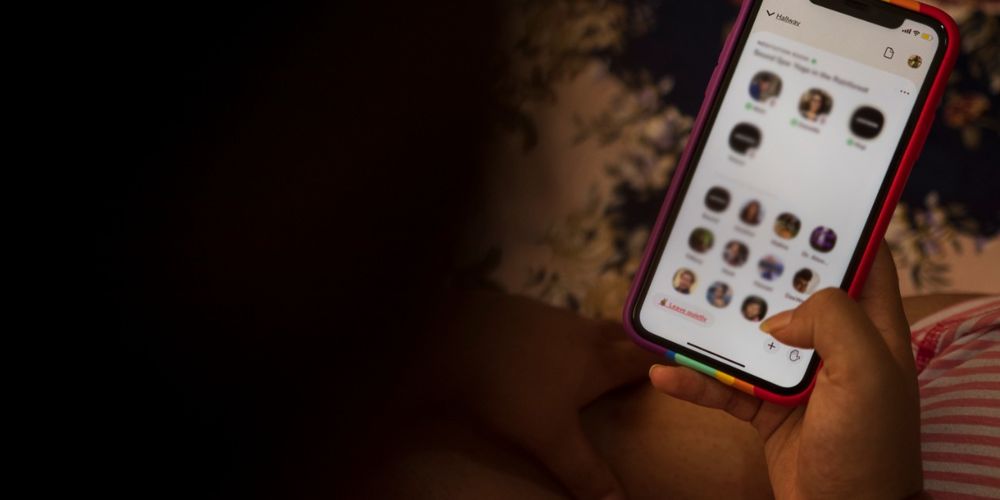 M, a 24-year-old sociology student from Kathmandu, joined the Clubhouse app in May 2021, initially for networking. She joined a ‘club’ called ‘Feminist Guff Gaff’ to have discussions with likeminded people about gender and sexuality.

“I recently moderated a room called ‘Married by 27, Baby by 30’ and at one point, we had 370 listeners. Women from diverse backgrounds shared their experiences and it was beautiful,” said M, who asked to remain anonymous. “Clubhouse can be a great platform to feel empowered. Especially during the lockdown, when we are isolated, the sense of community here is strong.”

Clubhouse is an invitation-only app that is comparable to a live podcast whereby users are free to either listen to, participate in, or host discussions. Users can start ‘clubs’, host ‘rooms’ on any topic, and invite speakers onto the ‘stage’. But as new users need to be sent an invite by current users, Clubhouse has earned a reputation for being elitist and inaccessible to many.

It was only when Clubhouse became available on Android in May 2021 that the app really took off in Nepal. The ever-extending lockdown meant that many had felt isolated and were craving a sense of community and entertainment, and Clubhouse has filled that void. There are rooms on topics as varied as real-life ghost stories, film and art critique, stand-up comedy, marijuana communities, open mics, interactive dating, psychosocial support, and discussions about gender and sexuality.

But as expected, the app does not only have positive reviews. Many people, especially women, have spoken about how energy-consuming and toxic Clubhouse can be when constantly confronted with chauvinistic discussions and triggering comments, endless mansplaining, and the silencing of voices of reason by those with the power of moderation.

Clubhouse is thus not a ‘safe space’ where marginalized groups such as women and queer individuals can gather and share their experiences without judgement, threat, or interference. Safe spaces are often therapeutic and essential in mobilizing for activism.

“Clubhouse is not a safe space for women, but neither is this country,” said M. “I have come across discussions such as ‘How much dowry should we accept?’ where 10-12 men were justifying dowry, which is illegal in Nepal. Another group was titled ‘Why does rape happen?’ and speakers were blatantly blaming women for enticing men with the way they dress.”

Online spaces are often a reflection of societal attitudes, and the barriers and threats that women face in public extend into the digital world. Entering a Clubhouse room can be akin to walking into a crowded street, not knowing if you will be stalked or harassed but taking the risk regardless, say many women.

Prapoosa KC, a 28-year-old human rights lawyer from Kathmandu, was spending two to four hours daily on the app, but has recently taken a break after noticing the significant toll it took on her mental health.

“I recently attended a discussion titled ‘Is chaupadi right or wrong?’ which was moderated by five men. Very few women were even allowed on the speaker panel. When I pointed out the fact that similar to how we cannot discuss whether murder is right or wrong, we also cannot discuss chaupadi – because it is illegal in this country, I was met with an extreme level of gaslighting. The men spoke to me in a very condescending manner and because they were the moderators, they had the authority to shut me down,” said KC.

KC agrees with M that the app is not a safe space for women, but believes that if moderators are skilled, able to shut down problematic statements quickly, and filter genuine speakers from trolls – Clubhouse can be a safe space, to some extent.

Moderators and administrators like Trishala Chhetri, a 29-year-old business analyst based in Hong Kong, report an increase in sexism and misogyny once more users began to join the app. Chhetri joined Clubhouse in January 2021 and has moderated dozens of rooms over the months. She is one of the administrators for ‘Nepali Kura Kani’ – the first Nepali club on the app which now has over 15,000 followers. When asked about what gender politics were like on Clubhouse prior to the user boom in May, Chhetri says there were very few incidents of misogyny.

“There were only a handful of Nepali users and we were all familiar with each other. Compared to back then, things are in absolute chaos now,” said Chhetri. “We see so many fake accounts and most misogynistic comments are coming from them.”

The most disconcerting threat on Clubhouse is that women often enter rooms with the impression that they are safe spaces, as conversations appear to be respectful with titles such as ‘feminism’, ‘queer’ and ‘sex education’. However, these rooms are accessible to anyone and everyone. The threat of a triggering remark, comments being belittled, knowledge disregarded, profiles stalked, and privacy invaded is ever-present.

Administrators have been contending with how to make Clubhouse safer for women and other marginalized communities. Closed rooms and social rooms with only those you follow allowed to speak have been considered, but these measures are also likely to create echo chambers, strengthening the fence of intellectual elitism and keeping knowledge amongst academic and activist inner circles.

Asmita Koirala, a 24-year-old content creator with a large following on Instagram for her feminist memes and videos (@wabi.sabi.society), has moderated a number of discussions on female sexuality and witnessed victim blaming and slut shaming.

“In a room titled ‘why is sex education important?’ I heard a male speaker say that it was his right to demand a virgin wife, just like how he can choose to buy unused cars or new clothes,” she said.

Koirala already faces constant harassment on Instagram for her feminist content by what she describes as ‘troll armies’.

“I think Clubhouse is safer than Instagram in that sense. There are no visuals and graphics, and people cannot change their usernames, so I know who harassed me last time and I will not speak to them again. On Clubhouse, I can control a bit more who I speak with, by filtering who I bring into the speaker panel,” said Koirala.

But even in rooms moderated by women, the speakers are mostly upper-class, upper-caste, educated women. They control the narrative and set the stage by deciding which conversations are important enough to be having, and who has the authority to speak. A large majority of Nepali women are invisible in these conversations, firstly with the fact that these discussions are taking place on a platform that requires a smartphone and an invitation to access.

Towards a feminist internet

Nepali women have been mobilizing on digital platforms as well as on the streets for a while now. May 2020 saw the exposure of a group on the social media site Reddit that was stealing and sharing photos of hundreds of women without their consent.

In November 2020, women took to the streets in Kathmandu dressed in black demanding “Ajhai kati sahane?”/ “How much longer?” in response to the increasing number of sexual violence cases, chanting the slogan, “Balatkari hos ta” / “The rapist is you”. In February 2021, a Women’s March was organized in Kathmandu, continuing the demand for justice for women killed through rape and violence, where hundreds of women took to the streets in a remarkable effort.

Clubhouse is only the newest digital battlefield on which the old dynamics of patriarchal silencing and misogynistic attitudes are being inflicted upon women.

“We have to be unapologetic about shutting down problematic comments and taking away the space that men are occupying on the speaker platform. If I am hosting a discussion, I want to make sure that those listening are comfortable, especially when it is meant to be a safe space for women,” said M. “Clubhouse has made me an angry feminist, I have that rage now.”