Despite legal provisions, the births of many Dalit children in the Madhes are not registered, mostly due to a lack of documentation on the part of the parents. 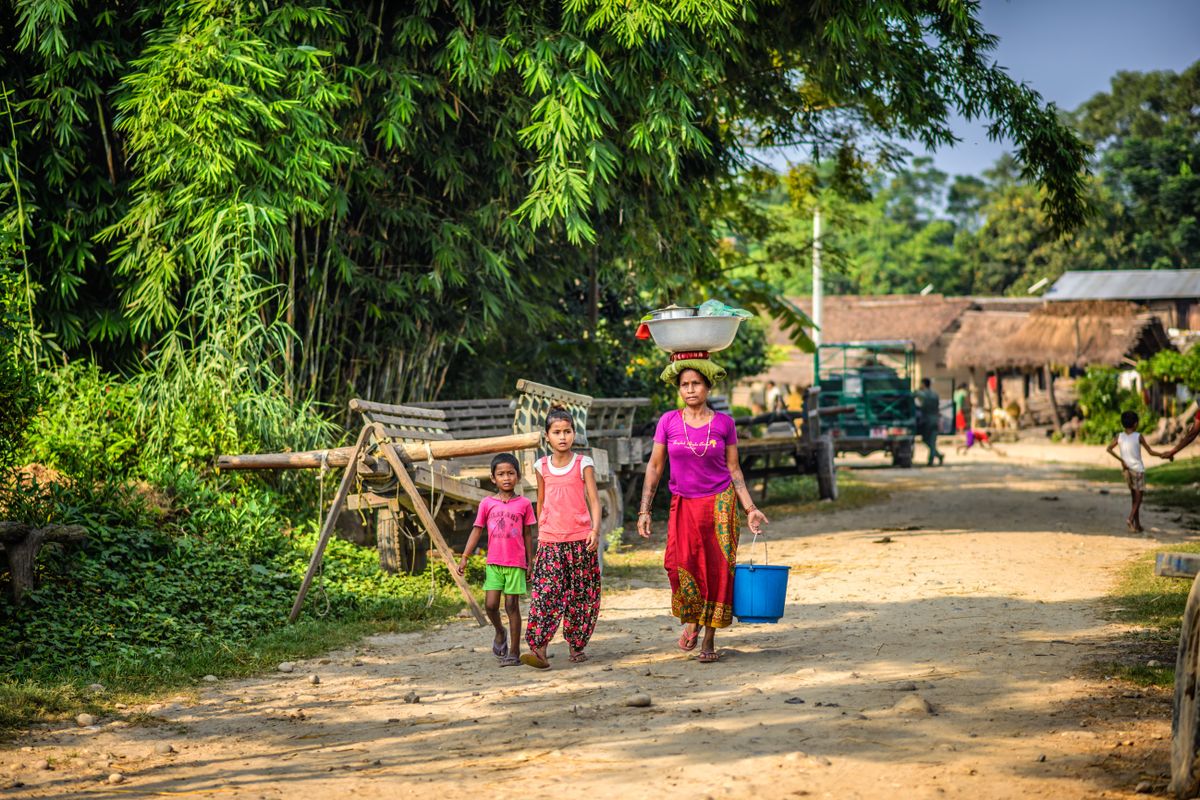 The Government of Nepal has been carrying out vital registrations for the last 45 years but it still hasn’t been able to fully register the births of all children born within the territory of Nepal. Article 39 (1) of the Constitution has enshrined the right of every child to a birth certificate, as has Clause 4 (1) of the Act Relating to Children. Under Nepal’s international obligations, several conventions, including the UN Convention on the Rights of the Child, Universal Declaration of Human Rights, and International Covenant on Civil and Political Rights, have also ensured the right to registration and recognition before the law.
Despite these national and international commitments, Dalit children from the Madhes have very low levels of birth registration — almost 50 percent of children are not registered. Consequently, these children become vulnerable to child labor, child marriage, child trafficking, and child prostitution along with denial of access to services like a citizenship certificate when they attain the age of majority. They are also at risk of being treated as adults in judicial proceedings or being separated from families in emergencies.

Birth registration unlocks every other right provided to a child by the state but Dalit children, who are already subjected to marginalization, are deprived for these rights. The National Child Policy, in Section 8.1, has mandated the need for a birth registration certificate to join formal schooling. This provision did not in any way bar children without birth certificates from entering schools but it was largely misunderstood and as a result, many children couldn’t get admission as they lacked birth certificates. The Social Security Act, which provides vulnerable children with a nutrition allowance under Section 9, also requires the submission of a birth certificate.

During our field observation in Dhanusha, we found that Dalits face these problems to a great extent. For a community that has been suppressed, oppressed, and marginalized, such misleading policies and practices further push them towards exclusion, illiteracy, and poverty. Without birth registration, these children go unrecognized as persons in the eyes of the law.

There are several reasons behind the lack of birth registration, including early marriage, lack of citizenship and/or marriage registration of parents, legal loopholes, and discriminatory interpretations of current legal provisions. People who marry at an early age cannot register their marriage as the law prohibits such marriages. Dalits in the Madhes have also expressed problems relating to a denial of citizenship certificate as they have no proof of domiciling in Nepal due to landlessness, along with no basis to claim citizenship by descent as this lack has been a generational issue. So even in cases where the couple has married legally, the birth registration of their children still encounters obstacles.

However, even if the state can refuse marriage certificates for whatsoever reason, no such restrictions can be levied on the birth of a child. This argument has been supported by the most recent amendment to the Births, Deaths and Other Personal Events (Registration) Act where the newly added Section 6 (a) (3) provides that nothing will prejudice the birth registration of a child born even from a void marriage. This shows that birth registration is not legally restricted in any form.

However, the present legal loopholes suggest otherwise. Section 4 of the Births, Deaths and Other Personal Events (Registration) Act suggests that the head of the family, or in their absence an adult member, can be an informant to register a birth. But in practice, elected representatives at the ward level hesitate to register a birth when the informant is other than the father. In fact, when a child is born, it is their duty to register the birth, regardless of the status of the parents, whether the birth is from a voidable marriage, polygamy, out-of-wedlock, live-in relationship, rape, or incest, as mentioned in Section 75 of the National Civil Code. Even children born to foreign citizens have the right to receive a birth certificate.

Some Dalit communities in Madhes also practice the Gauna system where a female child is married off as a minor but stays with her family until her menarche or until she is considered adult enough to start a conjugal life. Many times, such girls are eventually not accepted by the husband’s family due to dowry issues and she has to live a humiliating life as a ‘baikalya’. This practice is against the law but it is culturally so deeply rooted that it will not be eliminated anytime soon.

Furthermore, the Right to Safe Motherhood and Reproductive Health Act entitles children to a birth certificate even when a mother does not disclose the identity of the father. Any hospital or health post that denies the child a birth certificate will face a fine of Rs. 50,000 and up to six months in jail. But still, the situation shows few signs of improvement.

Raising awareness among the authorities responsible is therefore key, as recommended by the UN Committee on the Rights of the Child in 2016. Existing provisions for birth registration also need to be respected by concerned officials and an amicable environment created. One option for this can be to include the marriage and citizenship numbers as an optional requirement on birth registration forms. The forms themselves should have clear instructions about the necessity to proceed even without the full details of the parents. This change alone can bring about a lot of reformation.

One mantra that needs to be unquestionably accepted in this regard is, ‘when a child is born, it is their birthright to be registered’. Embedding the importance of birth registration in the formal and informal education system could be largely helpful. Similarly, changing the mindsets of people in government is also important. Policymakers have not realized that data-keeping is more important for them than for the people. Their supply-driven mentality needs to change.

Denying birth certificates due to a lack of paperwork does not only violate the fundamental right of a child but also questions the credibility of authorities towards the national laws that protect such rights and towards the international commitments that Nepal has agreed to.

Smriti Kafle  Smriti Kafle is an advocate working in the field of human rights. She is a program officer at Nepal Peacebulding Initiative where she lobbies for the rights of marginalized communities.