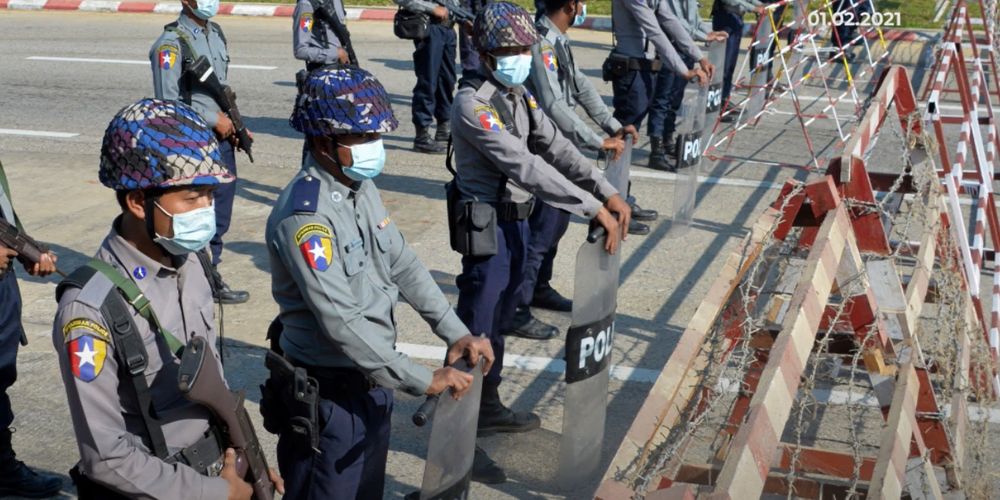 Myanmar's only chance at democracy

‘Kaba Ma Kyei’, the title of Myanmar’s national anthem, translates to ‘till the end of the world.’ It paints a picture of citizens loving their country till death. But, what if their country doesn't love them back?

Having experienced a history of colonization, followed by decades of military rule and ethnic conflict, the people of Myanmar have lived through enough whirlwinds to tell a tale -- some that remain only in memories. At last, when Myanmar citizens were looking forward to a post-election democratic transition, the country’s military seized power through a coup d'etat on February 1, 2021 on the shaky grounds that the elections were “fradulent”.

The military coup is an additional burden on the citizens of Myanmar, who’ve recently lived through the devastating effects of Covid-19. Two months have passed since the Myanmar Army, known as the Tatmadaw, seized power, undoing the few years of democracy after decades of authoritarian rule. The people of Myanmar, not wanting to return to military misrule, have taken to the streets to resist the coup, beginning a civil disobedience movement that continues to grow.

The military crackdown on these peaceful protestors has been brutal. As of April 2, the death toll had surpassed 500. The dead include children as young as five. The military’s action, however, has not been limited to violence against unarmed protestors on the streets. The armed forces have also been breaking in and shooting at civilians in their homes. In fact, they have been targeting all kinds of potential dissidents and arresting journalists, academics, and students.

One such person to face the anger of the military is 37-year-old Saw Lin Htet, a son, husband, father, friend, scholar, and a proud Burmese.

We first met Saw Lin as a fellow student in Thailand at Mahidol University, when he introduced himself as belonging to Myanmar. He was, of course, more than that. He had a warm personality with a real commitment to make certain that everyone was heard. His camaraderie was remarkable in its generosity and openness, and brought together students who came from different cultural and social backgrounds. Often, we remember that he talked of his home and its bright democratic future.

In 2020, Saw Lin spent time in Nepal as an exchange student of a human rights program at a law school in Bhaktapur, where he spent nearly half a year, as the country ground to a halt due to Covid-19. During his stay, he not only experienced academia in Nepal, but also grew to enjoy the food and culture here. His friends in Kathmandu remember him putting on a Bhadgaunle topi and greeting everyone in Nepali. Nepal was also where he first experienced snow, during a trip to Kalinchowk. In fact, he took a lot of pictures of that day, some with the Myanmar flag planted on the snow, to show his young children back home. 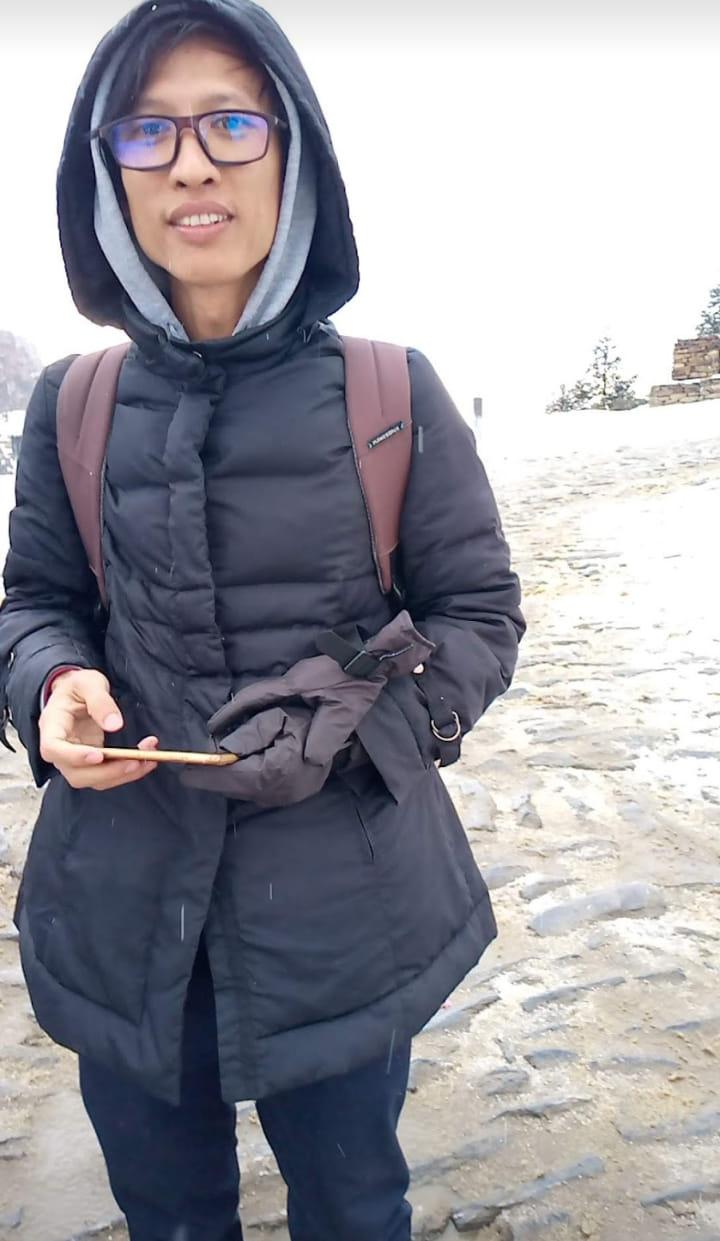 Saw Lin at Kalinchowk, Nepal in February 2020. He is among the thousands who are currently being detained in Myanmar. Photo: Irshad Soomro

On the afternoon of March 23, several months after returning to his home in Hpa An in Myanmar’s Kayin State, Saw Lin was driving home with his youngest daughter when he was stopped at a military roadblock. His car was arbitrarily searched and he was arrested. Twelve days later, Saw Lin remains detained and faces an uncertain future. He is said to be held in the main prison in Hpa An, even though he has not been found guilty of a crime. His family has had great difficulty contacting him, and they fear his treatment inside the prison. They are also worried about his health as he has been under medication for tuberculosis ever since he was diagnosed in 2012. He has yet to be presented at the court, and as far as we know, he does not have access to legal counsel. His wife, who used to work as a school teacher, is currently unemployed as schools have been shut. She is struggling to take care of their two young daughters, aged four and 11.

Saw Lin was arrested under questionable circumstances and is said to be charged under 505 (b) of the Penal Code. The section, aimed against the circulation of “statement, rumor or report” purportedly against the state or public order, carries a punishment of up to three years in prison. In practice, the law has been often used to suppress free expression and dissent. Its overly broad provisions allow the military to exercise discretionary power to define what constitutes ‘public order’ and ‘national security’. It remains a serious hurdle for those fighting for democracy, and significantly hinders Burmese citizens’ enjoyment of a wide range of civil, cultural, and political rights.

Targeting scholars like Saw Lin is typical of autocratic states: suppressing people’s views and keeping them in the dark is key to the regime’s survival.  Saw Lin’s case is similar to that of 2,600 other individuals arbitrarily detained by the security forces who remain subject to torture and worse. The Myanmar Army has not only infringed upon the fundamental freedoms of the people but also murdered hundreds in cold blood.

The people in Myanmar deserve to live in a peaceful, democratic country where their rights and dignity are protected. Those of us outside of Myanmar need to stand up against the Tatmadaw’s authoritarian march. Standing up for Saw Lin and thousands of others like him is the only way to support Myanmar’s fight for democracy.

Ojaswi Kc  Ojaswi KC is a human rights researcher and part of the Global Campus Coalition for Human Rights.