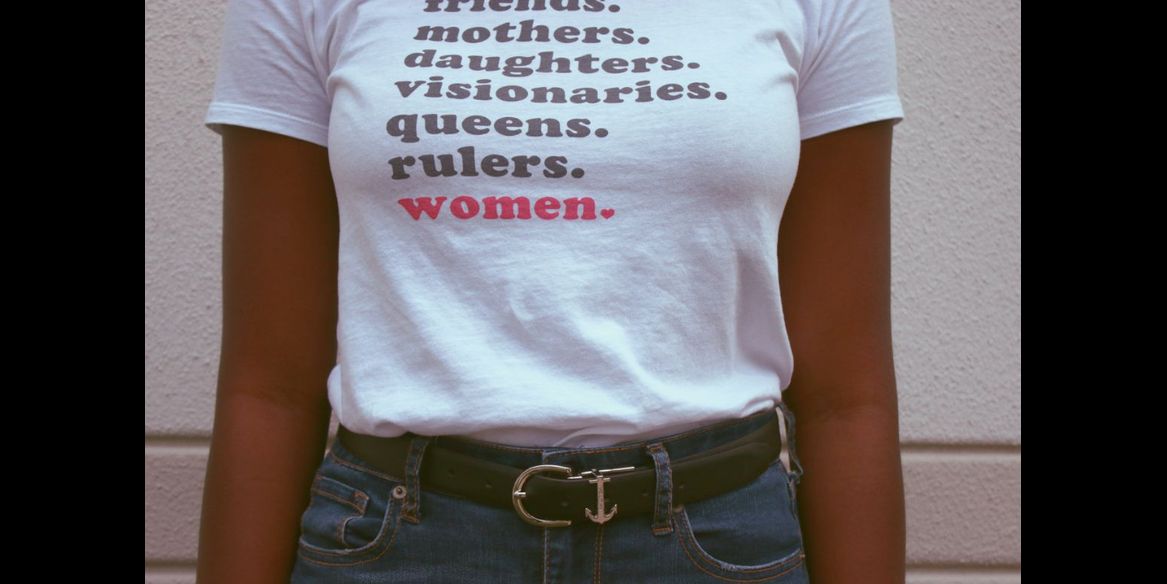 In 1992, the American televangelist and former Republican presidential candidate Pat Robertson said in his most bigoted candour, "The feminist agenda is not about equal rights for women. It is about a socialist, anti-family political movement that encourages women to leave their husbands, kill their children, practice witchcraft, destroy capitalism, and become lesbians". I suppose only one item on his list of malevolence in the feminist agenda is truly evil. Robertson is far from an exception in his utterly ridiculous dismissal of feminism, based on not a single ounce of rational argumentation. The anti-feminists argue that feminism is a movement driven by the sinister motive of misandry. There are also those who argue that they believe in the principles professed by the movement but reject the term ‘feminism’ for the bad reputation that it has earned. This argument is predicated upon the belief that the term creates a strategic disadvantage since it fails to bring on board men who aren’t yet hardened misogynists.

In South Asia, the term ‘Brahmanism’, which the Dalit movement uses to describe a system of social stratification based on caste, has fallen into similar disrepute. It should not come as a surprise that those who have proclaimed themselves as the bearers of the upper, ‘twice-born’ caste blood should resist the usage of this term to portray the vermilion scourge of the most vile system of stratification, which condemns individuals to a life of servitude for being born to ‘lower caste’ parents. However, like feminism, anti-Brahmanism as a rallying cry for the annihilation of caste is considered poor strategy for it allegedly fails to recruit the amenable Brahmin.

In this article I claim that the terms feminism and anti-Brahmanism are both relevant and appropriate in the contemporary discourse on social justice. Let me brahmansplain to you why.

Firstly, the meaning of feminism and Brahmanism and their scope must be discussed. It is unfortunate that one still needs to spell out that feminism is not misandry or the hatred of all things masculine. Feminism, in fact, professes the equality of individuals regardless of their sex, gender, and sexual orientation. The feminist movement in its current form is one that encompasses the intersectionality of sex, gender, sexual orientation, race, class, caste, and (dis)ability, among other things. The movement, in professing equality, recognizes that the set of opportunities that men enjoy is considerably larger than that enjoyed by women. The rift becomes larger if one compares the privileges enjoyed by a cisgender man to those enjoyed by a transgender woman, or those enjoyed by a rich white cisgender woman to those enjoyed by a poor Latino homosexual woman, and so on. Feminism contends that each permutation of these identities in an individual results in a different position in a thoroughly stratified social structure. The feminist agenda, then, is to attack the social power structure that perpetuates and exacerbates this stratification. The target of the movement can be men who profess a toxic masculinity that belittles anything that defies the culturally dominant definition of manliness or women who force socially constructed and culturally enforced gender roles on other individuals. Feminism is also a call for action against the commodification of gender and sexuality on which the market thrives. In this sense, the feminist agenda traverses, contrary to what the detractors contend, beyond misandry to challenge the underlying power structures that create and sustain thoroughly stratified social relations along the lines of gender, sex, sexuality, race, class, caste, and so on.

In his speech at the GIP Railway Depressed Class Workmen’s Conference, Dr BR Ambedkar laid down an unambiguous definition of Brahmanism.

“I do not want to be misunderstood when I say that Brahmanism is an enemy which must be dealt with. By Brahmanism, I do not mean the power, privileges and interests of Brahmins as a community. That is not the sense in which I am using the word. By Brahmanism, I mean the negation of the spirit of Liberty, Equality and Fraternity. In that sense, it is rampant in classes and is not confined to the Brahmins alone, though they have been the originators of it. This Brahmanism which pervades everywhere and which regulates the thought and deeds of all classes is an incontrovertible fact. It is also an incontrovertible fact that Brahmanism gives certain classes a privileged position. It denies certain other classes even equality of opportunity.”

Brahmanism, in the Ambedkarite sense, is pervasive and, contrary to what is often believed, not a term directed towards slandering a particular social class, viz. Brahmins. It is a value system that alienates, oppresses, exploits, and dehumanizes social groups that are placed in the lower rungs of the hierarchical social order based on the Hindu caste system. This ubiquity of Brahmanism is also demonstrated by the fact that it transcends the Hindu caste system to inferiorize people who belong to other religions, particularly Islam. Similarly, non-Brahmins practice Brahmanism when they discriminate against those they consider inferior to them in the caste hierarchy. While social stratification is certainly not unique to caste society, the primary difference between other forms of stratification and caste is that oppression based on the latter is unchanging. It is unchanging in that it offers no scope for upward mobility in the way class-based stratification does. Arguing thus, however, should not obfuscate the fact that the path to the higher rungs of class society is rather precarious.

A prominent argument made against spearheading movements under the banners, if I may call them so, of feminism and anti-Brahmanism is, as stated previously, that doing so is a strategic blunder. This argument is ridiculously ahistorical. It was a precisely conscious strategic choice, made by those who theorized and led these movements, of articulating to the oppressed the specific perpetrators and benefactors of the oppressive system. Feminism does not mince its words in holding accountable men and women who perpetuate patriarchy, men more so than women, while anti-Brahmanism is particular in inculpating the Brahmins who are the originators and who reap the ultimate dividends of the ‘veritable chamber of horrors’ that they devised with devilishly meticulous design. That men are the final beneficiaries of the patriarchal social structure and Brahmins that of the caste system is a historical reality. One may even go a step further to claim with due emphasis on the particularity of the Indian subcontinent that Brahmin men are at the top of the food chain of what has been called ‘Brahmanical Patriarchy’.

This historical reality is nowhere more evident than in the Manusmriti, a legal code estimated to have been composed in 200 CE that enumerates in painstaking detail the privileges of Brahmin men at the expense of women and Shudras. It would be easy to dismiss this ancient document’s relevance in the modern world if not for the fact that the distribution of power, wealth, and prestige, to borrow the Weberian notion of social class, that we see today is, barring some aberrations, a continuity to the world imagined, nay prescribed, by Manu almost 1,800 years ago. Feminism and anti-Brahmanism are appropriate as the rallying cry against this continuity precisely because they encapsulate the most comprehensive critique of caste- and gender-based oppression.

As I sit to write this, disturbing news has surfaced of the growing incidences of violence against Dalits in the past couple of months alone. Two particular incidences of violence have perturbed the Nepali society from its slumber of Brahmanical complacence: the murder of six young men in Rukum because a Dalit man had the audacity to violate the caste rules by loving an upper-caste girl, and the suicide of a 13-year-old Dalit girl in Rupandehi after she was ‘rescued’ by the local community by getting her married to her upper-caste rapist. The social discourse that followed the murders--including the second incident, which must be understood as nothing but murder in which the local community is complicit along with the rapist--has laid bare the Brahmanical patriarchal nature of society. Some went on to defend the murders in Rukum as a case of the villagers standing up to infiltrators who had entered their village with the intent of marrying their woman. The story gets more complicated if we consider the fact that the girl was underage, and this has further emboldened the defenders of the murders. However, it would not be far-fetched to imagine that the locals would not bother to object to child marriages that do not upset the caste balance. In fact, reported cases of child marriage have been on the rise during the lockdown period. These incidents demonstrate that Brahmanism and patriarchy cannot be understood in isolation in Nepal.

A question that ought to be addressed, then, is the following: if the language of feminism and anti-Brahmanism offends upper-caste men, should it be a concern to the feminist and Dalit movements in the first place? The simple answer is: no. Ought the American slaves have considered bringing on board the reluctant slave-owners to the cause of the abolitionist movement? Do feminists and Dalits need to spearhead their resistance on their own terms or on the terms set by their oppressors? The foremost goal of any social movement that seeks to challenge the existing power structure should be precisely to make the oppressor uncomfortable by calling out their bigotry, both explicit and subtle. Subtle Brahmanical Patriarchy is ubiquitous and its proponents are often those who refuse to acknowledge that the privilege they enjoy are not the result of their merit but that of their social location at birth. The goal of the feminist and anti-Brahmanical movement must be to make these people uncomfortable and force them to introspect about their privileges, rather than to accommodate the movement’s narrative to their interest--with the misplaced hope of appealing to them.

The politics that does not accommodate these ‘moderate’ voices invariably attracts criticism for their hostility, bitterness, alleged hatred, and, this is my favourite, ‘disruption’ of social order and unity.  Anyone who engages in the discourse of gender equality and Dalit liberation is pejoratively termed a ‘social justice warrior’ and a ‘feminazi’. Then come those who profess ‘humanism’ over feminism and ‘all lives matter’ over ‘Dalit lives matter’, on the grounds that ‘humanism’ and ‘all lives matter’ are not divisive. However, entrenched in this narrative of unity is the attempt to subvert the Dalit and feminist movement by atomizing the oppressed and treating Brahmanical Patriarchy as being individual rather than systemic. The murders in Rukum and Rupandehi then become cases of a few rotten apples in an otherwise healthy orchard. This atomized narrative is what the feminist and Dalit liberation movement challenges, for it is aware that for any system of repression to sustain itself, disunity among the repressed is a necessity. Individualizing the violence unleashed by the Brahmanical Patriarchy, rather than treating it as a systemic problem, consciously aims to subvert the movement, which brings together the oppressed with a common rallying cry.

Will moderate upper-caste, bourgeois men and women ever come to accept that there exists a system of social stratification that allows an unequal access to resources based on gender, sex, sexual orientation, caste, race, and so on if the feminist and anti-Brahmanical movement changed its name and form? Perhaps not. Should the feminist and anti-Brahmanical movement care? No.

Sujan Dangal  Sujan Dangal is a Researcher at Center for Research and Development, King's College, Kathmandu. He loves reading about politics, economics and issues of social justice.