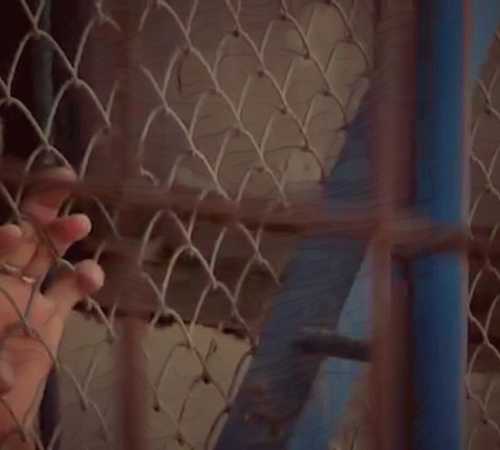 After serving two years of his 20 year life sentence in Bhairahawa Jail, 63-year-old murder convict Ram Lakhan Jaisawal was transferred to Kathmandu’s Central Jail. Jaisawal had served six years at the Central Jail when he was granted amnesty by the president on Republic Day. However, he died due to Covid-19 on that very day and was unable to return home to his family.

Jaisawal is the sixth inmate to succumb to the virus in the past month, according to Debarsi Sapkota, spokesperson for the Department of Prison Management (DPM). Unlike the other Covid deaths in prisons, Jaisawal’s death courted controversy after his family members claimed it to be a murder. They told the media that his corpse was covered with injuries. Soon, social media was abuzz with news of Jaisawal’s death, criticising both the hospital where he died and Central Jail management.

The social media stir compelled the hospital to clarify the public about his health condition when he was admitted in the emergency ward. According to Bir Hospital, Jaisawal was already dead upon his arrival on the night of September 19. The hospital collected swabs from the deceased as requested by the jail management and sent it to the lab. The results came only on September 21, showing that Jaisawal had tested positive for Covid-19. By this time, his body had already started decomposing at the morgue as it had not been refrigerated. Only upon the insistence of Jaisawal’s family was his body taken for an autopsy.

Nepal’s prisons are infamous for providing dismal living standards to their inmates. The ongoing global health crisis has once again exposed the sorry state of prisons and the poor treatment of inmates. Some prisons accommodate more than four times their inmate capacity. The Central Jail, for example, has the capacity to accommodate only 1,400 inmates but currently holds over 3,000 prisoners. This has made prisoners particularly vulnerable to the coronavirus.

According to DPM, 677 inmates in 11 prisons have so far tested positive for Covid-19 while about six dozen inmates at the Central Jail are infected. As the pandemic continues to spread in prisons, nearly 24,000 inmates — some of whom are waiting for trails — are living under the fear of the virus. Siraha Prison already showcases a worst case scenario; of its total 599 inmates, 507 have tested positive, including 18 women and two dependents.

According to jailer Bimala Mahato, Siraha Prison has the actual capacity to hold only 150 inmates. However, the administration has been accommodating three times its actual capacity.

According to Chief District Officer Pradip Raj Kanel, seven of the Covid patients have already recovered while 507 inmates are being held in a quarantine centre, which is on the same block. Female inmates have been transferred to the District Administration Office building and the infected male inmates to the women’s block.

Across the country, there has been a steady rise in the number of Covid-19 cases. This means more people, including inmates, are likely to be infected in the days to come.  Nepal recorded 1,172 new Covid-19 cases in the last 24 hours, taking the national tally to 67,804. With seven deaths on Wednesday, the death toll reached 436.

A secretarial level meeting of the Incident Command System of the Ministry of Health and Population (MoHP) decided to recommend another lockdown if active coronavirus cases cross 25,000. Currently, the active cases stand at 17,414.

The meeting also recommended MoHP to close down services and businesses where safety protocols cannot be applied, said Dr Jageshwor Gautam, spokesperson at the ministry. He did not, however, elaborate on which areas will possibly be shut down.

The recommendations need to be endorsed by the ministerial level meeting to come into effect. Kathmandu Valley, in particular, has become a breeding ground for the coronavirus in recent days. The worst hit districts in the plains have made significant progress in controlling the virus. The valley, on the other hand, has almost half of the country’s Covid cases.

Experts say a lockdown may help to reduce out-of-prison cases but it is unlikely to prevent the spread of the virus within prisons. “The government has done nothing to protect inmates from the virus. We had a couple of meetings with prison authorities to discuss the issue, but no action was taken to improve the situation of the prisoners,” NHRC commissioner Mohna Ansari said.

In August, the National Human Rights Commission (NHRC) had cautioned the government to ensure the safety of inmates, security persons and jail employees amidst surging Covid cases.

On September 10, the Supreme Court directed the government to immediately release or reduce jail terms of inmates living in vulnerable conditions in various prisons across the country. A divisional bench of Justices Sapana Malla Pradhan and Prakash Kumar Dhungana had issued the directive in response to a writ filed on behalf of the inmates of the Central Jail. The bench asked the authorities to find alternative ways of penalising those behind bars.

The Parliamentary Law, Justice and Human Rights Committee also directed the government to minimise the number of inmates through policy decisions considering the possible outbreak of Covid-19 in prisons. The government has been slow to respond. Given the current number of Covid-19 cases in various prisons across the country, inmate deaths are likely to increase in the days to come.

Steel buildings are cheaper, can be built faster, and can even be repurposed, but when they are built without proper designs, they turn into potential hazards.