How does a child lose their language?

How does a child lose their language?

By introducing and enforcing the use of the English language from an early stage, we may be losing much more than we think. 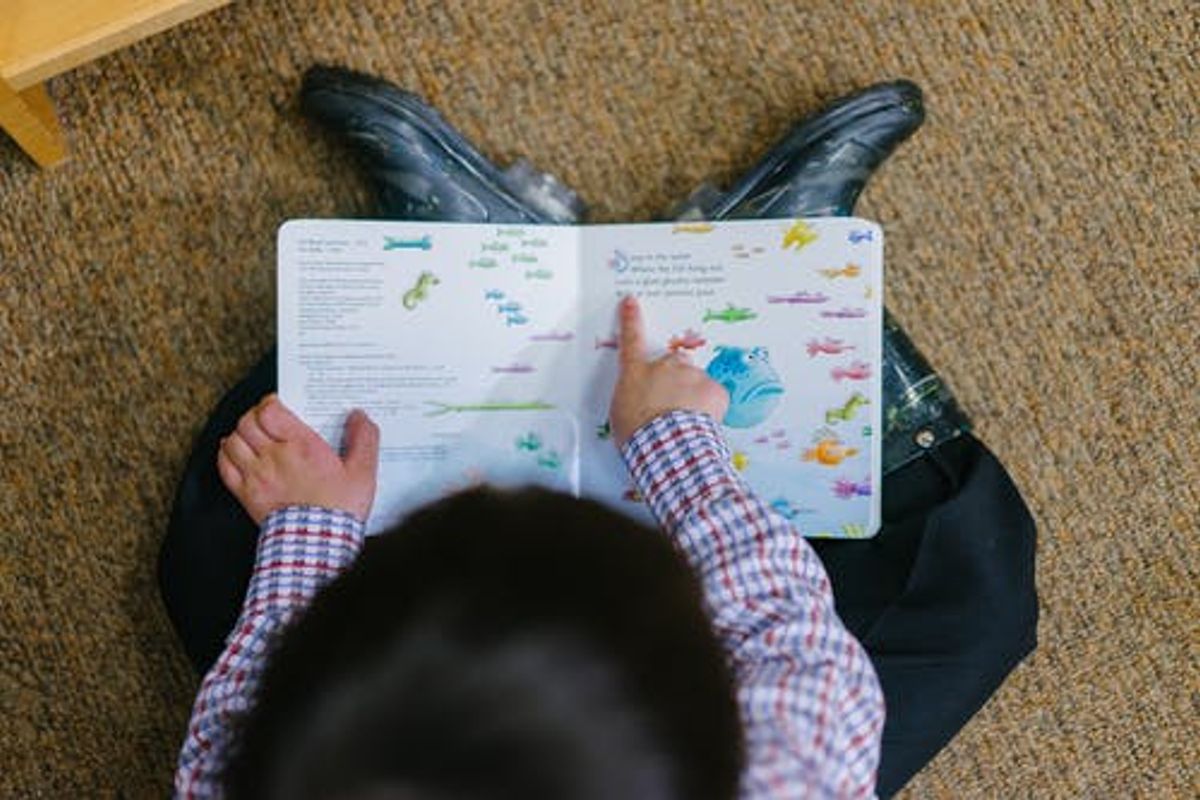 When my four-year-old nephew started speaking in whatever little English he had picked up through YouTube, we were enchanted by his flair and accent. In video calls, we encouraged him to repeat that one word which even we struggled to pronounce. It was only after he came to stay over at his mamaghar that I slowly started to realize at what cost he had learnt it all.

There is significant ongoing debate about how a language loses its form, significance, and slowly its existence as people stop inheriting it. The waves of globalization and nationalism have swept many native languages to the fringes. We have placed so much importance on the existence and protection of dominant languages that we sometimes overlook how its loss impacts a native speaker.

On the second night of his arrival, we took the phone away and forced my nephew to sleep. When he started to make a fuss, we promised him a bedtime story. But soon realized we couldn't tell him a Nepali story, as he couldn't understand the vocabulary; we couldn’t tell him a good English story because of our own discomfort in English.

“The English language is not our first language. Most Nepalis do not have a good hold of English. And when we try to teach kids a language we are not in control of, then we are actually giving kids a model of a broken language. So, a complete language network cannot form properly," said Prabha Dawadee, a speech pathologist, talking about development of speech and language in children.

According to Dawadee, in the early stages of language development, there needs to be perfect language stimulation. This is only possible in the first language of a person.

“Stimulation should always be given in the native language or first language, a language in which parents themselves are perfect or very comfortable. Once a child turns two or three and enough networking has been done, they can learn a second language. But in the starting phase, perfect language stimulation is necessary," she said.

Dawadee also pointed out a common problem in children nowadays, which is increasing screen time, due to which children pick up and learn language from English rhymes and cartoons through repetition. But they don’t know how to use such vocabulary in conversation. It is also difficult to generalize them in day to day conversations by parents. Consequently, conversation cues and norms are not properly learnt.

Furthermore, it is difficult to put English into proper practice. Many Nepalis are not adept in speaking in English, dilating a gap between children who speak and adults who cannot speak English. With many people not knowing English, the scope of conversation gets severely curtailed.

The gap is even more prominent between different generations. Prem Phyak, an applied linguist, shared, "Such an intergenerational gap is more prevalent in other languages speaking communities. In Taplejung, the first generation speak Limbu but third-generation grandchildren speak in English.”

Another day, a faraway relative, just a year older than my nephew, visited our house. Within half an hour of being introduced, the kids struck a friendship. But after a while we noticed they weren’t really conversing with each other: my nephew was only repeating English words while the little girl chirped in Nepali.

With severed ties and spaces to communicate, there is lesser bombardment of words, letters and speech to a child. “A child speaks the first meaningful word only after reaching one year of age. So much stimulation happens between birth and that one year as different people speak with the child. It is only after a lot of auditory bombardment and stimulation that a child starts speaking a language. So, heavy stimulation is needed for the development of speech," said Dawadee. "But auditory bombardment doesn’t happen with more screen time or when a child is kept in isolation. Also, when there aren’t enough spaces for a child to interact and communicate.”

It is granted that parents want to teach their children English as it is a universal language. But the grandiosity placed in the use of the English language stems from a long history of cultural reproduction. As per Phyak, since the 1990s, proliferating private schools started teaching in English medium. Soon, it became the language that created the distinction between public and private schools. “English medium became synonymous with quality and modern education. Our system created such a strong narrative that anything associated with English was considered good. But it was actually just a symbolic representation of something that’s good," said Phyak.

A fair amount of research has proven that early learning in your mother tongue is much more effective. Phyak continued, “In a way it is seen that schools are producing English speaking citizens. But studies show that learning in English does not really contribute to literacy foundation, or development of critical analysis, cognitive skills, deep thinking and other skills.”

In speech and language therapy also, native language is always preferred. Dawadee said, “In clinics, we always give preference to native language. Because in native or first language, brain mapping or networking is done well.”

By introducing and enforcing the use of the English language from an early stage, we are merely emphasizing on the instrumental or economic part of language. This part is important for practical use. For example, it helps us get a job. But there is also a symbolic part of language, one that is related to identity and culture. Just learning the English language puts a child in a bubble and limits their access to other language materials, knowledge and resources.

It is said that language helps in inheriting the knowledge carried by the language. But its reverse is also true: going through such resources also helps in learning language. “Storytelling is the best way of language stimulation. Stories help to see different words and learn new things," said Dawadee.

Nija Maharjan, an illustrator and animator, concurred with this line of thought. “When my nephew was young we used to tell him a story in Nepal Bhasa called “धाप्लां ख्या:”, in which he was quite fluent. If someone heard him saying those lines then they thought he knew the language when actually he didn’t. That was one reason I thought stories, songs are so important to learn a language.”

Maharjan recently made public her animated video of a Nepal Bhasa song. She spent her final semester of her Bachelor’s degree working on the project after realizing the importance of learning her mother tongue. Maharjan believes that the use of the local language helps children find a sense of relatability in things they learn. She has also developed different vocabulary and activities sheets, something that parents can use to teach their mother tongue in written form.

After she showed her video to her nephew, she observed him humming it from the very next day.

When I think about my own journey with storytelling and language, I have to go back to my early school age. Until class 5, I used to go to a nearby small school while my siblings went to a little faraway, “better” (translate to stricter) school. In my school, the English teacher would read the story in English and then explain it to us in Nepali. At that time I didn’t care about the language. It was always about the story. It was always about the story in all those pages of Kopila and Muna I devoured. Had there been no Nepali language I don’t know if I would have fallen in love with storytelling the way I did. Through my unanticipated love for literature, I unknowingly developed a fluency I feel grateful for even today.

“In a multilingual perspective, we cannot separate and look at languages in isolation. I was born in a Limbu family and talked in Limbu language within my family and society. But I didn’t talk only in Limbu language. In school and society, Nepali language helped me communicate with different communities and worked as a link language. I was bilingual there. As I started studying, I took English as a major. For academic purposes I had to study English and then I became multi-lingual," said Phyak.

Phyak’s multilingual life represents the lives of many Nepalis from a linguistic perspective.

“But our discourse has been shaped in such a way that instead of understanding a person as a multilingual person and acknowledging their multilingual skills, importance is placed on a single language," he said.

Thus, a system is developed which does not cater to the diversity it boasts vehemently to the outer world. Phyak believes that parents are also victims in this system.

So, what do we do? At least before a child enters into the clutches of such a homogenous system, parents need to acknowledge the existence and importance of diversity. Not only for language’s sake but for their own children’s sake.

Shuvangi Khadka  Shuvangi Khadka is currently working as a researcher at Samriddhi Foundation. She is interested in reading and writing about society, gender, and sexuality.