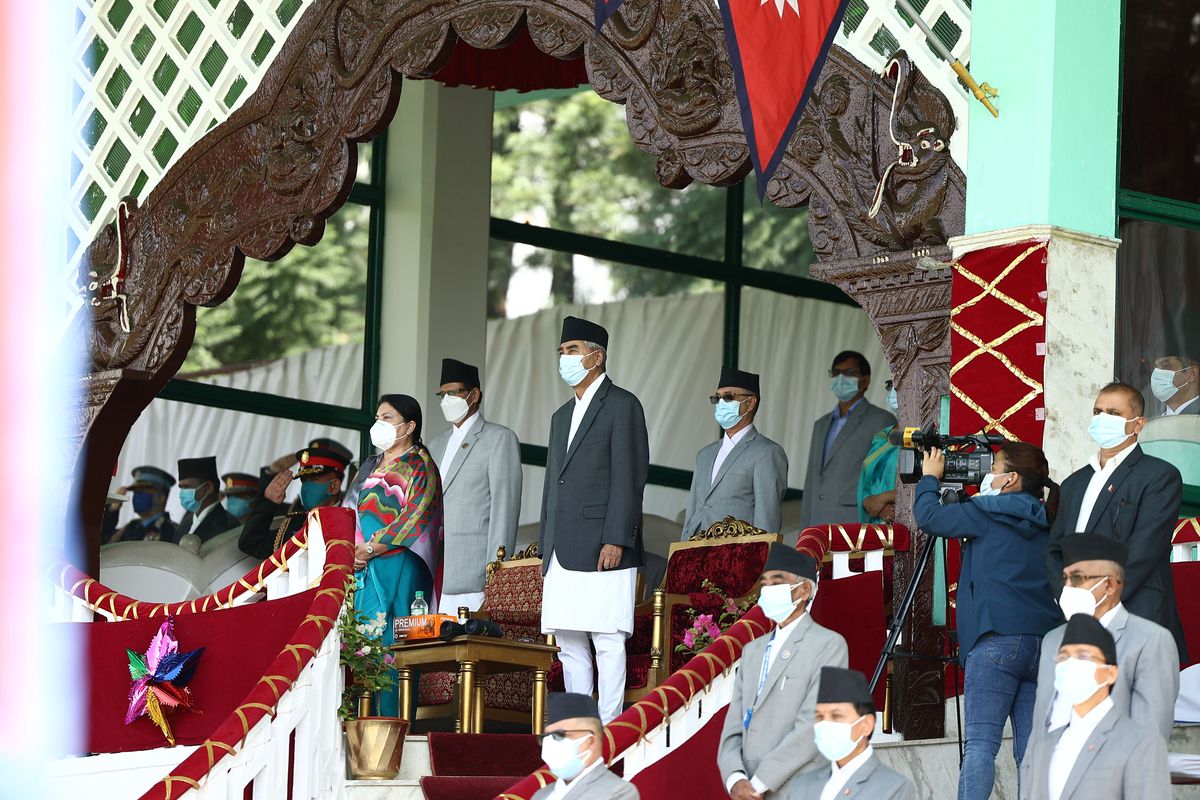 Six years ago, on September 20, 2015, the new Nepali constitution was promulgated by then President Ram Baran Yadav. On one side was an image of Yadav lifting the constitution up to his forehead as a sign of respect but on the other was a trail of dead bodies, approximately 45 according to Human Rights Watch, of both protestors and police killed in violent clashes over the new constitution.

The constitution — produced after seven long years and two Constituent Assemblies, in the wake of a 10-year-long civil insurgency — was supposed to encompass the aspirations of all Nepalis. But six years after its promulgation, numerous minority groups still believe that the statute failed to live up to their hopes and desires.

“People of the Muslim and Tharu community still haven’t been able to accept the constitution as their own,” said Mohna Ansari, rights activist and former member of the National Human Rights Commission.

Numerous protests, especially across the breadth of the Tarai, had erupted before promulgation in 2015, and in the aftermath, India had imposed a crippling blockade. Madhesis, Tharus, Janajatis, and women, who had all expressed their dissatisfaction with the statute, were promised constitutional amendments, but none has materialized so far.

Many of the Madhes-based parties, who led the bulk of the protests, continue to mark Ashoj 3, which falls on September 19 this year, as a ‘black day’ even as the country at large celebrates Sambidhan Diwas. But major political actors from the Nepali Congress, CPN-UML, and Maoists continue to champion the constitution as “one of the best in the world”, a nebulous claim that still gets repeated in the mainstream media.

“It is a shame that one of the so-called best constitutions is unable to address the problem of women belonging to diverse communities,” said Prakriti Bhattarai Basnet of the organization Political Literacy for Women. “Our constitution has continued to portray women as something to be protected.”

When the constitution was promulgated, writer Manjushree Thapa protested by burning a copy. She explained, “The new constitution...endorsed the logic of the Hindu patriarch. Not only can women not confer citizenship to their children independently of men, the children of Nepali women and foreign men will be barred from high office. No such restriction applies to the children of Nepali men married to foreign women. And Nepali men can, as ever, confer citizenship to their children independently of women.”

READ MORE: Women have no nationality

The citizenship issue is one that intersects identities — woman and Madhesi. While all women cannot independently and easily pass on citizenship to their children, the restriction was put in place targeting the Madhesi population which shares a close roti-beti relationship with India. While Madhesis had initially demanded a One Madhes, One Pradesh in the Tarai, they had eventually acquiesced to one province that was firmly located in the Tarai and did not include districts from the mid-hills. Province 2 is currently the only district where the Madhes-based Janata Samajbadi Party has a sizable presence.

For all its faults, the constitution remains an epochal document, one that legitimizes the transformation of the country from a unitary Hindu monarchy to a federal, secular state. But even those who championed the document when it was first produced have done little to implement its spirit, instead choosing to trample on its safeguards.

“It is time to review the constitution,” former chief justice Kalyan Shrestha told Kantipur daily in an interview. “In terms of implementation, there is no reason to be happy. The government and the political community have not done enough to implement it. Rights guaranteed by the constitution should have been implemented by drafting new laws, setting up institutions, determining procedures, and allocating resources. Implementation appears to be a distant thing now, even the culture of abiding by the constitution has not been set up.”

Former Prime Minister KP Sharma Oli was constantly accused of having shredded the constitution through his actions of dissolving the elected federal Parliament and announcing elections. And even those once on the opposite end from Oli — Madhesi political stalwarts Mahanta Thakur and Rajendra Mahato — joined the former prime minister in government after being promised amendments. That coalition was unceremoniously unseated by the Supreme Court and Sher Bahadur Deuba of the Nepali Congress established as prime minister.

READ MORE: Oli sacrifices the constitution to save his own skin

It was under the watch of the Nepali Congress, Nepal’s grand old party, that the 2015 constitution was promulgated and many say that the party bears more responsibility for the implementation of the statute. But Deuba has failed to take any decisive action so far in government, not even being able to expand his Cabinet beyond four members. His coalition partner, the Janata Samajbadi Party of Upendra Yadav, will likely demand constitutional amendments though, as that has been a central issue for the largely Madhes-based party.

“There is a problem in the articles of the constitution as well as its implementation,” said Birgunj-based journalist Chandrakishore, who believes that the constitution should have given more authority and power over decision-making to the provinces.

Much of the failure to implement the constitution comes from the fact that the federal government has long delayed handing over any real semblance of power to the provinces. Dozens of laws that were supposed to be enacted to strengthen and operationalize federalism have yet to be passed by the federal Parliament. The provinces have thus been deliberately undercut of all their power and at the same time, their inability to work effectively is being employed by opponents of federalism as indicative of the failure of federalism as a system itself.

The constitution is considered a sacrosanct document that broadly governs the entire nation-state and thus, needs to be a symbol of stability. But at the same time, it must be a flexible document that can evolve along with the needs of its citizens. Any disregard for the demands of diverse communities would be disregarding Article 2 of the very constitution, which vests sovereignty in the Nepali people. Acknowledging the multiple demands for constitutional revision would help promote socio-cultural solidarity by recognizing Nepal’s “multi-ethnic, multi-lingual, multi-religious, multi-cultural” character, as asserted by the preamble of the constitution.

The geo-politics of a river.