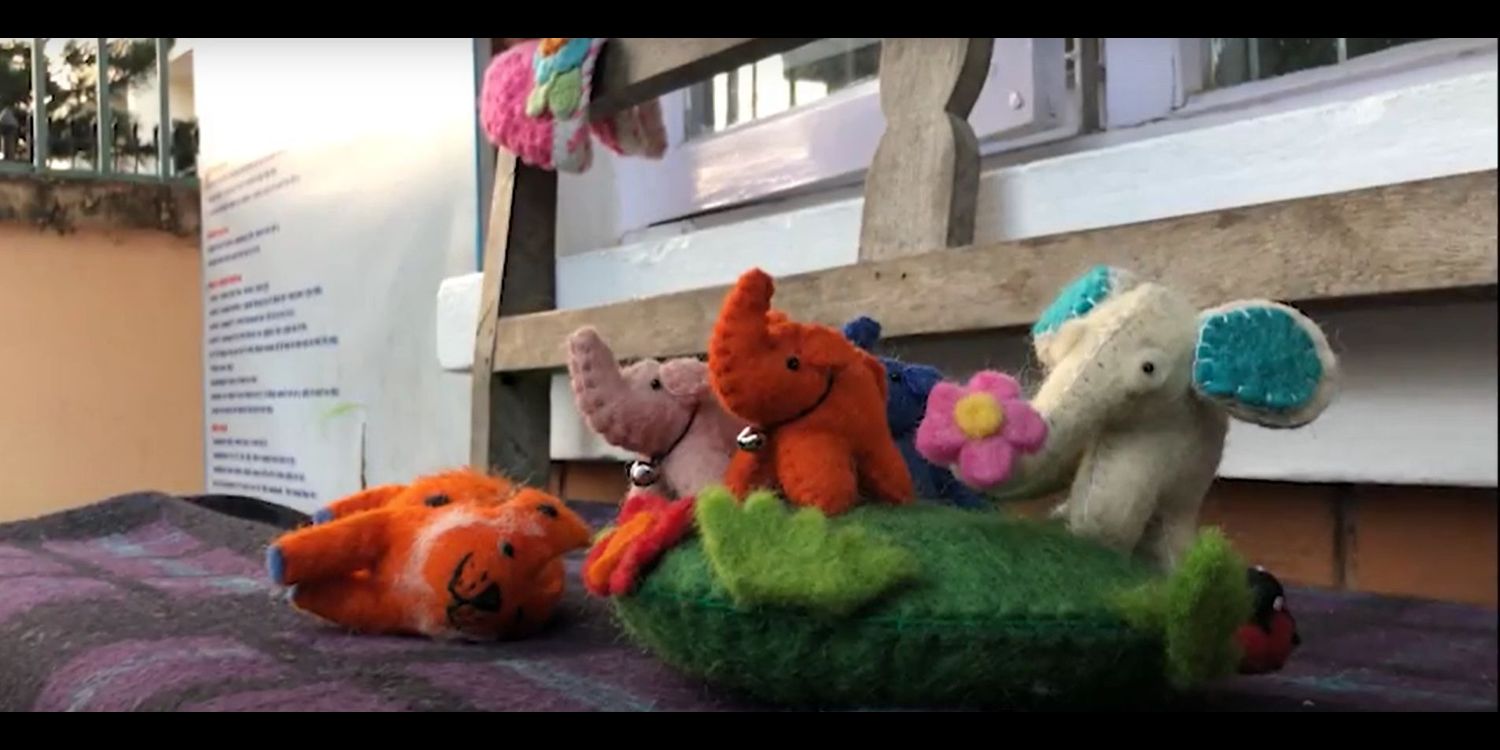 Sonia*, 37, a naiyike (leader) at the women’s prison in Sundhara, has been behind bars for eight years already. In that period, her daughter has spent a little over six years in a care facility. Sonia was sent to prison along with her husband, Dhirendra*, for the same criminal charges. When the two were sentenced to 19 years in prison, Sonia was allowed to bring along their daughter, who was a year old, because the couple didn’t have a third person to take care of their child.

The government allows prisoners to manage various aspects of their life behind bars. That’s why some inmates, such as Sonia, have been made naiyike. A woman naiyike is  tasked with ensuring that other women inmates don’t misbehave and with also looking out for their wellbeing. But Sonia, a mother, cannot ensure the same oversight of her child.

Many mothers in Nepal’s prisons live with equal parts despair and regret that they cannot nurture their child themselves. And those with kids living with them worry that raising them in such confines will scar them psychologically. Despite all the other coping mechanisms they have developed to deal with prison life, the mothers cannot shake off the niggling worry about whether their kids will turn out all right.

Sonia’s daughter, Ramina*, was sent to Indira Magar’s organisation, Prisoners Assistance Nepal (PAN), when Ramina turned two. The government allows mothers, if they so wish, to send their kids to care homes such as those run by Magar, and that’s what Sonia opted for.

But every so often she finds herself buffeted by thoughts about her daughter. “I wasn’t as sad when I was sent to jail. But I was gutted when I had to bid my goodbye to my teary two-year-old,” says Sonia. “She is nine now.”

“It gives me immense happiness whenever I think about her. She is brave,” she says, managing a fleeting smile. “But although Indira Aama offers her great care and support, I wish I were raising my daughter myself.”

Social worker Magar, PAN’s founder, told The Record that providing early childhood care is a challenging job for anyone. “Separating children younger than five from their mothers affects a child’s growth in various ways,” says Magar. “We do our best to provide quality care, give the kids a good education, and so on. But ideally you would want the children to have a mother’s care too—especially because that affects their mental stability and wellbeing.”

Magar recalls the day when she first sheltered an infant who wanted to be breastfed. “No matter how hard one tries, it is impossible to give a mother’s love,” says Magar.

Sonia and others like her have been able to make arrangements for her child owing to a series of reforms that have been implemented over the years in Nepal’s prisons. The establishment of the Department of Prison in 1971 BS saw some progress being made in how inmates were treated and managed. And later, when the department was subsumed by the Home Affairs Ministry in 2007 BS, the authorities had to account for both ensuring the prisoners’ human rights and overseeing issues related to criminal justice. A pivotal legal provision that allows sheltered children to live with their mothers was guaranteed with the creation of the Prison Act of 2019 BS. And three decades ago, Nepal became a signatory to the United Nations Convention of the Rights of the Child Treaty of 1990. All these changes have ensured an improvement in child and maternal facilities inside prisons. Today, the government takes full financial responsibility (food, lodging, education) of children who are dependent on mothers behind bars.

Currently, there are quite a few women inmates housed in the country’s 72 prisons. Sundhara’s Central Jail, where Sonia is serving her sentence, is the country’s largest prison, with a holding capacity of over 1,500 inmates. Of them, a little over 400 are women, and more than a dozen are sheltered children.

But although prison provisions allow children to live with their mothers, and although many children are provided with their basic right to education, the correctional facilities are still not segregated to allow mothers to raise their kids away from the rest of the inmates. And many mothers raising kids in prison are worried that their children will internalise--to their detriment--the mores and culture prevalent in such a setting.

The lack of segregation is an issue that bothers social workers like Magar too. “The kids have to live in the same confined space as mental patients and inmates doing time for murder and other crimes,” she says. “That’s far from a healthy space to be raising kids. Segregating kids from the larger prison population is a basic and vital requirement that needs to be implemented as soon as possible.”

Assistant Sub-Inspector Nabin KC, who has been working in Sundhara Prison for more than five years now, is of a similar opinion. “Segregated living spaces for inmate mothers with children would positively impact a child’s psychological growth,” he says. “And if the country’s largest prison could set up a segregated area, that would set an example for other jails to follow.”

That need for a safer space for children in prison was felt acutely by Mina*, 32, during her two-year jail term. When she started her sentence, a pregnant Mina left her son, who was a year and a half then, and her eldest child, a daughter, with her family back home. But she raised her youngest daughter—who was born in the midst of her sentence—in prison. She talks about how her son, who was living with her mother-in-law, husband, and another daughter (who is now 13) benefitted from the attention and care provided by her family. She says her son started talking very early, whereas the daughter she raised by herself didn’t communicate much even when she was 20 months old.

A child’s first five years is considered the most crucial stage of their lives, according to Pukar Sah, a clinical child psychiatrist at Kanti Children’s Hospital, Maharajgunj. “They need a nurturing environment, support, care, and love,” he says. “Both long-term as well as short-term disorders have been observed among kids raised in prison. These children sometimes lag behind others of their age group, and conduct disorders are also rather common among them.”

Sonia often dwells over the choices she has had to face regarding her daughter’s upbringing. She could raise her daughter in prison and still send her to school. The government does allow mothers like her to do so. But such an arrangement is nigh impossible to implement in her case--because both she and her husband are behind bars. And they have nobody else who will help out. Furthermore, she understands that life for her daughter is far healthier in the care home than it would be in an unsegregated prison. Sonia is thus thankful that her daughter is being cared for at PAN. But she often worries about how Ramina is growing up without a mother’s presence. Sonia tells herself that she will make up for that absence when she’s released. But by then her child will already be a woman of 20.

Nepal’s moneyed classes, aided by unscrupulous banks and an irresponsible government, have turned land into a quickly tradeable commodity