The climate change analogy in Netflix's 'Don't Look Up'

The climate change analogy in Netflix's 'Don't Look Up'

Don’t Look Up is an imperfect examination of climate change through the lens of a disaster movie. Thankfully, it manages to make you laugh and think along the way. 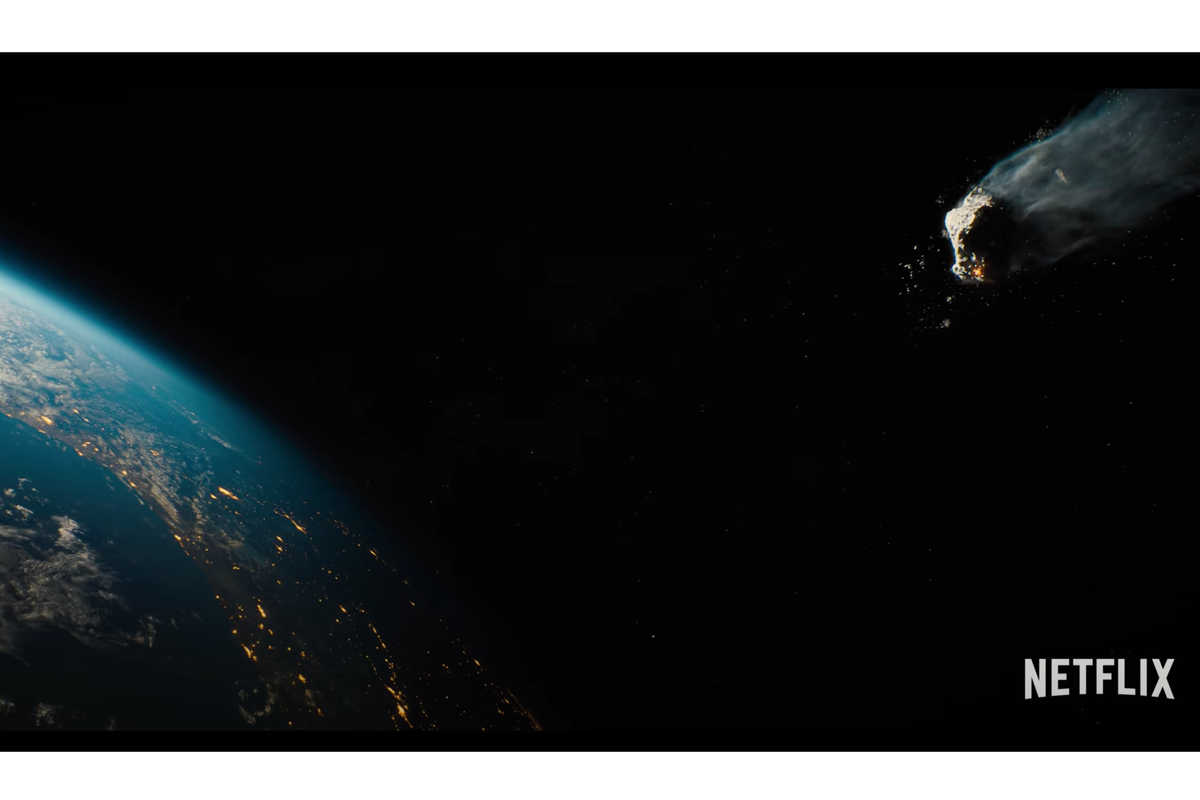 My last column for The Record recounted the cascade of environmental challenges faced by Nepal in 2021. Despite the ongoing (and rapidly worsening) pandemic, its consequent socio-economic devastation, the theater of Nepali governance, and the equally competitive stage of world politics, the issue of climate change persevered in the country’s consciousness throughout the year. Notable episodes included a record wildfire season, hazardous air pollution, seasonal monsoon floods, landslides, policy controversies following the annual budget speech, and a deflating COP26 fallout. These events were fresh in my mind when I sat down to watch writer-director Adam McKay’s star-studded new film, Don’t Look Up.

I am not certain if my anxious, distracted mind was fully receptive to the film’s comedy on first viewing, although the experience certainly wasn’t without laughter. Instead, I came away with mixed feelings of sadness, nervousness, exhaustion, and most of all, satisfaction that the film was even made at all – even at its scale of production and exceptional feat in casting, which is sure to boost its reach. The movie released to a polarized reception from critics and audiences alike but it has since climbed the ranks to become Netflix’s second most-viewed feature film of all time. I believe that everyone should watch Don’t Look Up. It is an important film. 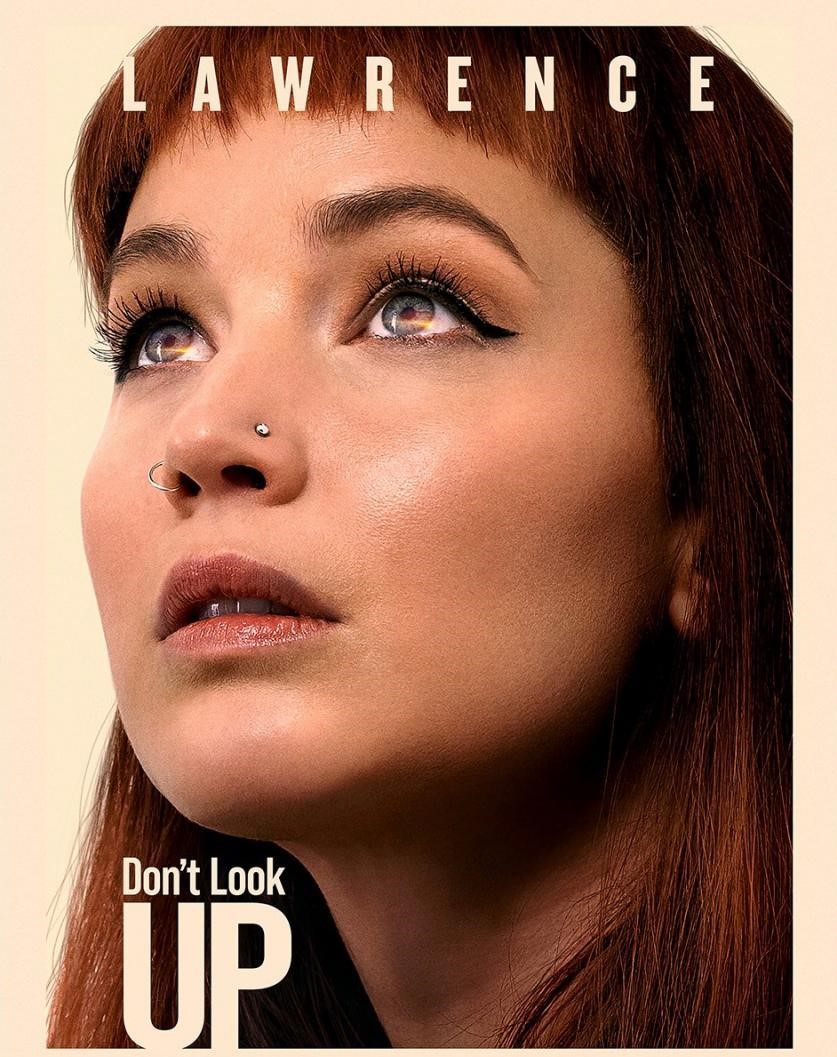 Don’t Look Up works on three levels. It is a thinly-veiled allegory, warning its audience about the existential threat of the climate crisis and it is also an audacious satire addressing the social vehicles that facilitate inaction despite this very real threat, such as science denialism, misplaced priorities, obsession with economic growth, distractions of consumerism, celebrity culture, and the politicization of seemingly innocent subjects. Finally, it is also a no-holds-barred, decidedly non-subtle, popcorn-worthy disaster movie. In fact, it is the film’s unabashed commitment to the disaster genre, with expected tropes playing out like meta-satire within the movie’s core satirical themes, that breathes life into its complex themes while keeping it entertaining.

The film’s premise is simple. An astronomy grad student and her PhD advisor, played by Jennifer Lawrence and Leonardo Dicaprio respectively, discover a ‘planet-killing’ comet headed straight for Earth. They calculate a six-month window to save the planet. In this effort, however, they are ignored, undermined, brushed aside (in one instance, for election-season preparations, in another for a celebrity break-up story), and gaslighted every step of the way. In the weeks since the film’s release, climate scientists have penned opinion pieces and given interviews claiming to have found the characters’ frustration and desperation relatable.

The film is littered with interesting, fiercely exaggerated yet oddly familiar characters. Jennifer Lawrence’s Kate Dibiasky is a young female scientist whose credibility comes under attack following an on-air emotional outburst. She is branded ‘crazy’ and ‘unlikable.’ Meanwhile, the media labels Leo DiCaprio’s character an ‘A.I.L.F’ – an ‘astronomer I’d like to f***.’ Meryl Streep as President Janie Orlean is a sharp caricature of former US President Donald Trump, complete with baseball cap slogans and nepotism hires. Pop-star Ariana Grande plays a satirical version of herself as an image-obsessed, charity-band-wagoning celebrity with a benefit concert and all. My personal favorite character, though, was Mark Rylance’s Peter Isherwell, the CEO of fictional tech giant Bash. Rylance is pitch-perfect as a trippy amalgamation of Silicon Valley technocrats like Elon Musk, Bill Gates, and Jeff Bezos. His character shows a sharp instinct for public relations, a fascination with space travel, disregard for his consumers’ data privacy, and an unsurprising god-complex.

It is these characters, the familiarities they evoke, and the outlandishness they exude that make Don’t Look Up an important film. It is, in the truest sense of the term, a ‘pop’ movie. It is written primarily to be fun and engaging, is littered with pop-culture references, features a cast of interesting characters, and takes itself only as seriously as it needs to to adequately deliver its message without sacrificing the surrealism of it all. Indian author Amitav Ghosh penned an article for The Guardian in 2016 titled ‘Where is the fiction about climate change?’ In it, he posited that the lack of climate themes in contemporary literature reflects a crisis of culture and imagination that is further enabling climate change. The same can be said of films too. In a world inundated with donor-backed climate communication projects, limited-reach indie films, and nature conservation documentaries, I believe there should be more room for big, bloated, far-reaching, star-driven Hollywood blockbusters that tackle the climate crisis. 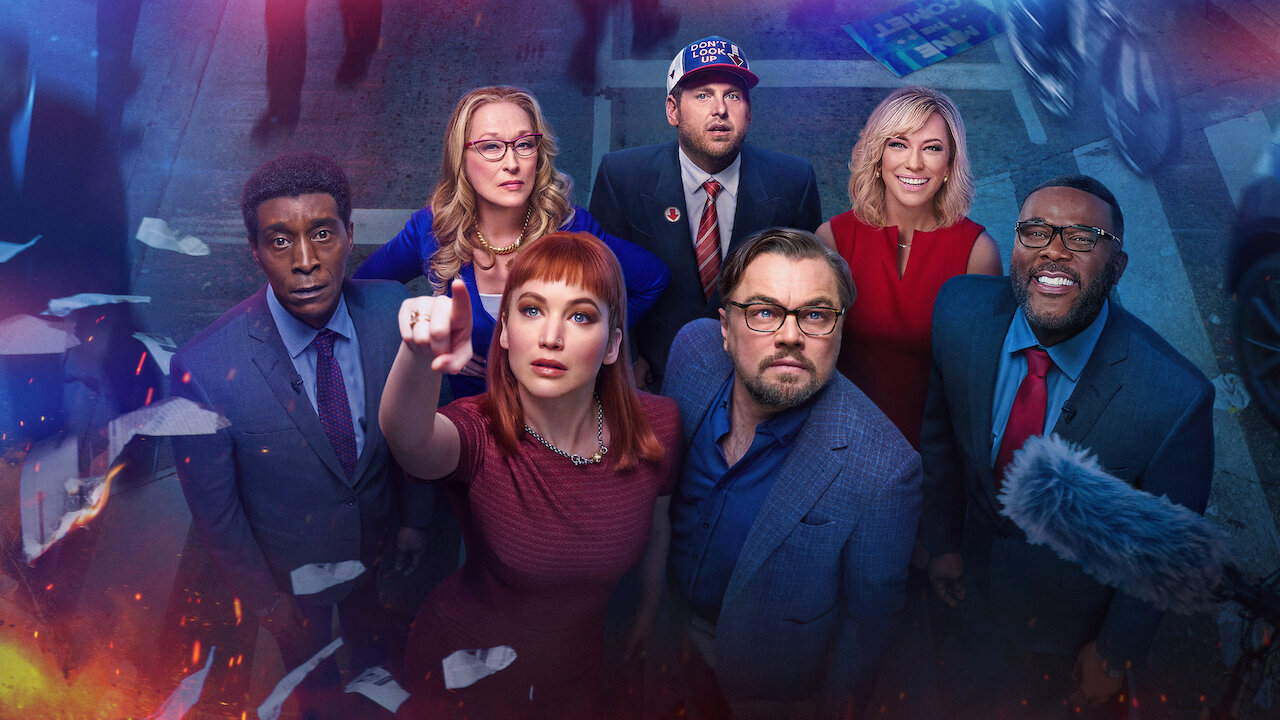 Catalytic as it may be in encouraging important conversations, Don’t Look Up is certainly not a perfect parable for the climate crisis. As a climate change researcher and writer myself, it would be irresponsible for me to not engage with some of the deeper shortcomings of the film. Three come to mind.

First, and most surprisingly, I was deeply disappointed with Don’t Look Up’s lack of a clear analog for the fossil fuel industry. The film takes bold positions on several social and cultural themes that drive inaction regarding the climate crisis. Yet, its use of Mark Rylance’s tech-mogul character as a stand-in for systemic corruption, embodied by his close proximity with the president, in place of a clearly defined fossil fuel industry feels inauthentic to the film’s core message. A controversial, yet widely cited 2017 study had found that just 100 companies were responsible for about 70 percent of the world’s carbon emissions. The usual suspects – ​​ExxonMobil, Shell, BP, and Chevron – were found to be the largest emitters. Don’t Look Up skirting around the greed of such fossil-fuel giants feels negligent at best and inexcusable at worst.

Second, the film’s choice of using an impending comet collision as a metaphor for climate change is clumsy. It perpetuates an age-old myth that climate change communicators have been trying to shake for decades: that the crisis is a singular, one-off apocalyptic event.

With that said, it is hard to fault the filmmakers for this one. DiCaprio addressed this criticism in an interview with the Chicago Sun-Times, claiming that the use of the six-month planet-saving deadline made for a sharper screenplay. Given that the story rests squarely on the film’s central race-against-time premise, this is certainly a more forgivable drawback. Still, there should be no doubt: climate change is happening now.

Finally, the comet falls flat as a metaphor when viewed through a social lens. The climate crisis is not just a natural, physical, and environmental crisis. It is also a socio-economic-political challenge that threatens to (and already is) exacerbate social inequities. The world’s poorest countries are on the frontlines of its impacts. They are also the least responsible for the crisis. Within any given country, climate change impacts threaten to further widen existing social divisions and marginalize the historically marginalized. The movie makes almost no attempt to address this reality. (SPOILER ALERT: ‘Almost’ as there is a post-credit scene that shows that a group of elites has escaped to a distant planet, but it is mostly played out for laughs and occurs outside of the main story arc). This is where I felt most disconnected with the message the film attempts to deliver, and this is where I found it most difficult to reconcile the subject of the movie with the 2021 Nepal is currently climbing out of.

For all its flaws, Don’t Look Up is still certainly worth a watch. It is a noble effort in addressing a heavy topic with a light touch, further eased by the trappings of a comedy disaster movie. If that is not enough reason, then I would recommend you watch it for the laughs. As director Adam McKay put it in a recent opinion article he co-authored with marine biologist Dr. Ayana Elizabeth Johnson, “When people laugh, it gives them perspective, relief, and most of all a semblance of community… Humor can lower our defenses and make hard truths easier to hear.”