The government’s decision to resume the export of sand and gravel to reduce the trade deficit will lead to the wholesale exploitation of the environment, say conservationists and lawmakers 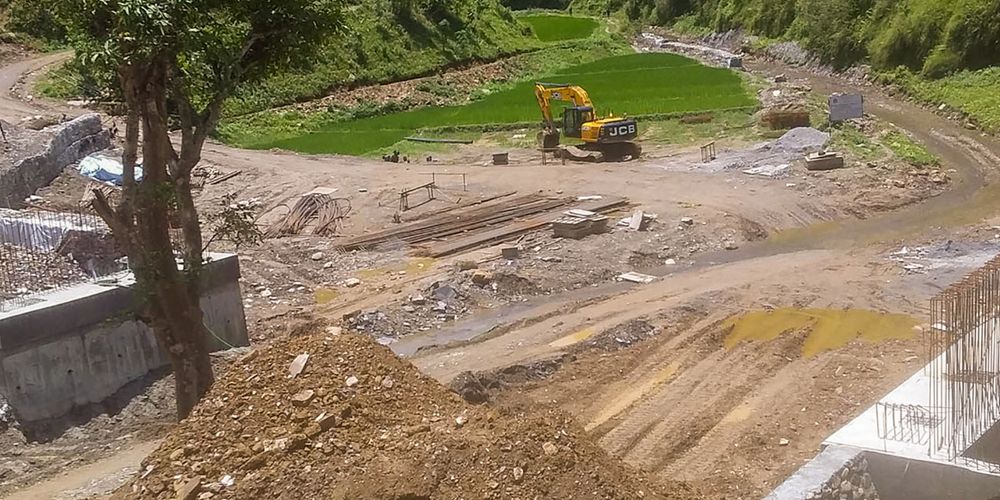 For environmentalist Bijay Kumar Singh, who has been rallying support for the protection of the Chure region for decades, his biggest win came in 2014, when the government decided to halt the export of construction material like sand and gravel to control the excessive exploitation of the Chure’s rivers and hills.

“It was an impact of sound policy,” said Singh, a board member of the President Chure Conservation Board until 2016. Singh was among several environmentalists and lawmakers who had long been pushing for stronger regulations on sand and boulder mining, especially from the rivers. The restrictions in 2014 were welcome as they had not been used to the lack of concrete legislation to effectively regulate industries that are plundering the environment.

“But I fear that the government might reopen the export of sand and gravel because there is no law to stop them from doing so,” Singh had told me in April, something that he brings up each time he speaks about environmental conservation.

Singh was prescient, as seven years after the export of sand and gravel was prohibited citing environmental concerns, the government on Saturday announced that it would be lifting the ban. During the budget speech, Finance Minister Bishnu Paudel said that the government would seek to reduce the trade deficit by selling off the country’s sand and gravel. The country’s ballooning trade deficit currently stands at nearly $10 billion.

“Yes, the avenues for the export of these materials [sand, gravel, pebbles] will open up,” Finance Secretary Sishir Kumar Dhungana told me. “There will be an EIA [Environmental Impact Assessment] before they are exported.”

Among the many policies and plans unveiled in the new budget, brought through an ordinance, environmentalists and lawmakers have criticized the government’s decision to roll back the ban on export of Nepal’s sand, stones, and other construction materials.

Singh says the government’s new decision to relax the export bans on sand and gravel could have lasting impacts on the environment, especially in the Chure.

“If the government allows exports of construction materials from fragile areas of the Chure, which are already being exploited for sand and pebbles to meet domestic demand, it will cause unimaginable environmental degradation, leading to water shortages and habitat loss,” said Singh. “No amount of money that the sale of these materials will bring will be able to compensate for that loss.”

Lawmakers like Gagan Thapa of the Nepali Congress, who have been vocal about the impacts of the mining industry, say that the government’s decision is a blow to environmental protection. Thapa was part of the parliamentary natural resources committee in 2014 which had called for stronger regulations on sand and boulder mining, after which the ban on the export of these materials was announced.

“This policy is utterly repugnant,” said Thapa. “There are many other things that the government can do to address the trade deficit, rather than allowing for environmental degradation.”

The government’s decision to roll back the ban on export of sand and gravel without conducting a proper study or holding discussions is dubious, says Thapa. And having dissolved the House before presenting the budget programs might have helped the government slip in these questionable policies.

“Had the government presented this plan in Parliament, it wouldn’t have passed,” said Thapa. “It was clearly brought about for the gain of a handful of people at the cost of irreversible damage to the environment.”

But finance secretary Dhungana defended the government’s decision to open up exports, saying a mechanism will be put in place to ensure environmental protection.

“Just because there have been irregularities in the past doesn’t mean that we cross our arms and do nothing,” Dhungana said. “We are not saying we will open exports right away. We will identify areas to mine following due process, conduct environmental impact assessment, and then proceed.

When asked about where these materials will be exported to, he said, rather irritably, “We will explore where there might be a market for these products. We can’t write everything in the budget, can we?”

People like Singh and Thapa, who in the past decade have witnessed lobbying to allow the export of these materials citing similar financial reasons, say that the government decision is once again a grim reminder of the direct influence that businesses have on the country’s policies.

And they fear that despite the EIA, the export of construction materials might once again be a loss for the environment.

“There are EIA provisions for all kinds of projects, from roads and irrigation projects to riverbed mining, but there is no follow up,” said Singh. “How can we be assured that environmental concerns will be addressed?”

Moreover, there have been several instances of these industries strongly opposing government guidelines in the past.

The growing lobbying power of the sand mining and construction industry can be traced back to their fierce opposition to stricter guidelines unveiled by the Nepal government in 2010 following a Supreme Court ruling. This was around the same time when public pressure was increasing to regulate crusher industries in the Chure region, which had just been declared a protected area. Then president Ram Baran Yadav, who hails from Dhanusha, had pushed for an ambitious undertaking to address the ongoing crisis in the Chure, which led to the formation of the President Chure Conservation Board. Following the board’s formation in July 2014, the Ministry of Commerce and Supplies, the same month, decided to halt exports of sand and gravel.

This, along with the new guidelines for sand mining, was hailed as a major success, which many conservationists at that time had hoped would pave the way for more regulated and strictly monitored riverbed mining. The new set of guidelines, which among many other things, required sand mining factories to be located 500 meters from rivers and highways, 100 meters away from high-tension electricity lines and 2km away from schools and colleges, health centres and hospitals, human settlement, and religious and archaeological sites.

But crusher plant operators launched a major protest campaign against the new guidelines. They completely halted production of construction materials for months, effectively bringing all kinds of construction activity, including the government’s large-scale development projects, to a grinding halt.

Former finance secretary Rameshwor Khanal, who chaired the President Chure Tarai Madhesh Conservation Board at the time, was part of the expert committee that had recommended the new guidelines to regulate the crusher industries. Recalling the protest from the past, he said, “Their [the industry’s] argument has always been that Nepal has to sell whatever is readily available, like riverbed materials, no matter what the ecological cost.”

Eventually, the government was forced to give in to the industry’s demands and rolled back its decision to implement the new guidelines immediately.

According to Khanal, the export of stones and boulders will only be sustainable if the government conducts a proper study about the demand of these materials, putting the environment at the center, and most importantly, investing in infrastructure like roads and electricity in those places.

“Our politicians only look at immediate gains without putting in the work and effort required for a sustained project,” said Khanal. “Places suitable for commercial stone mining don’t have the infrastructure around them, so businesses will naturally be concentrated around rivers closer to roads, which in the absence of strict monitoring will result in further ecological destruction.”