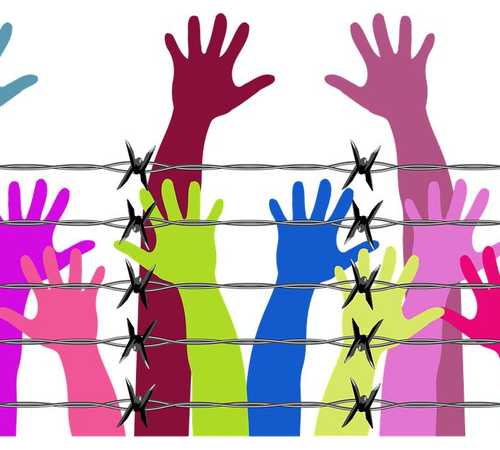 But going by its history--both recent and over a longer period--the government may fail to correct its ways, yet again. As it is, the Nepal government has been wilfully ignoring the recommendations made by the National Human Rights Commission, (NHRC) that it take legal action against the security officials involved in extra-judicial killing, torture, and abuse of power. As per constitutional provisions, it is obligatory for the government to implement recommendations made by the constitutional rights watchdog. But far from implementing them, the Nepal government has instead forwarded to parliament an amendment bill that seeks to curtail the rights of the NHRC.

In national and international fora, that government move has raised concerns over its commitment to human rights and justice. But experts in Nepal’s rights community don’t seem to be inclined to exert pressure on the government to rescind the bill. Not surprisingly, the government has not budged from its stance.

For some time now, the Nepal government has been ignoring calls for conducting credible investigations into incidents of extrajudicial executions and deaths in custody resulting from torture.

But for the past five years, two transitional justice bodies—the Truth and Reconciliation Commission and the Commission of Investigation on Enforced Disappeared Persons--have been sitting on around 65,000 complaints filed on behalf of conflict victims.

“Nepal is still trying to grapple with delivering justice for unlawful killings during the armed conflict, but instead of keeping its promise of reforms and pledges against repeat offenses, the abuses continue to mount,” said Meenakshi Ganguly, South Asia director at Human Rights Watch. “The government uses rule of law rhetoric to appeal to foreign diplomats and donors but actually fosters a culture of impunity.”

That attitude is evident in how it handles cases of human rights abuse. On July 22, Raj Kumar Chepang, 24, of Chitwan District, died after he was beaten to a pulp by the army personnel of Chitwan National Park. In the face of protests, the government provided his family with a compensation of Rs 1 million, and the case has now been virtually shelved.

On Aug16, Bijay Mahara, 19, of Rautahat district, was arrested along with 10 others over his alleged involvement in the murder of his cousin. On Aug 26, the police informed Bijay’s family that he had died while he was receiving treatment for a kidney ailment in a hospital in Birgunj. But the teenager did not have a history of kidney problems. Furthermore, before he died, Bijay had recorded a video in hospital, saying that he had been severely abused in detention. His body was brought to a Kathmandu hospital for post-mortem, where his relatives and family members were told by medics that his death had been caused by beatings. On Aug 30, the Office of the Attorney General of Province 2 recommended a police investigation into the incident and the suspension of the police officers involved in the case. On September 1, the Home Ministry suspended three officers.

Such outcomes have long been the norm in Nepal. The police say an investigation is underway, but the police officers accused of torturing detainees seldom end up getting punished. On July 30, the Kanchanpur District Court, for instance, acquitted eight police officers for their alleged involvement in torturing suspects and destroying evidence related to July 2018 rape and murder of Nirmala Panta.

On June 20, 2019, Kumar Paudel, 47, a member of a Maoist splinter group, was killed. The police claimed that he was killed in a gunfire exchange. However, the NHRC found that Paudel was killed in custody. It recommended legal action against the police officers responsible for the extrajudicial execution. But the Home Ministry responded by asking the commission to review its recommendation.

On Oct 28, 2019, three United Nations special rapporteurs wrote to the government in regards to the killing of Kumar Paudel as well as two other cases--the alleged extrajudicial execution of Dipendra Chaudhary on Jan 23, 2019, and the fatal shooting of Saroj Narayan Singh, an unarmed protester, on June 29, 2019. In all three cases, the police refused to register first information reports (FIRs), the document that initiates a criminal investigation. In its Jan 3 response to the special rapporteurs the government only said: “It is explicit and obvious that extrajudicial killing in any form and manner is categorically outlawed by Nepal.”

In 2019, research by the Nepali human rights organization Advocacy Forum had found that torture in police custody was widespread in Nepal, and that members of the Dalit (formerly so-called untouchable) community were far more likely to be tortured than members of the so-called “upper” castes. Torture became a crime under Nepali law for the first time in 2018, but there have been no successful prosecutions in torture cases.

According to the NHRC, over a span of eight years ending 2019, the government has fully implemented only about 12 percent of the 810 recommendations made by the commission. And it acted on those recommendations by merely paying out compensations or providing relief, rather than pursuing legal action. The government frequently pays compensations to the families of victims of alleged extrajudicial killings and custodial deaths allegedly resulting from torture, without taking action against the alleged perpetrators.

Overall, the transitional justice process remains stalled, and the government still has not taken any action on cases that should have been resolved long ago--for example, against the security officers responsible for using excessive and indiscriminate force against unarmed protestors in the Terai in 2015. In that instance, the security forces had sought to quell violent protests by resorting to heavy-handed measures, which  led to the death of 56 people and 10 police officers.

To investigate the violence, the government had set up a commission chaired by a retired supreme court justice, Girish Chandra Lal; the commission submitted its report in 2017. But despite its promises to release the report, the government still has not done so.

Human Rights Watch has also brought up Nepal’s rights record with the international donor communities (including bilateral donors as well as the United Nations) who have funded programmes in Nepal intended to support respect for human rights, police reform, access to justice, and respect for the rule of law. Millions of dollars have already been spent in promoting human rights and for reforming the country’s security forces.

“While it is welcome that international donors are working to improve the rule of law in Nepal, these efforts have little meaning if the agencies that receive donor funds enjoy or support flagrant impunity for alleged extrajudicial killings,” said Human Rights Watch.

Read also: Dalit deaths and the longevity of caste

Nepal’s rights record was never as dismal as it has been of late. Over the past five months, the media have reported 14 incidents of atrocities against Dalits. Of them, seven were murder cases; two, rape and murder; and two, Covid-19 deaths resulting from negligence by government agencies. The lynching of Nabaraj BK and his friends is another incidence of mass murder committed in the name of caste.

But despite its rights violations record, Nepal had, in 2017, won the election for membership to the UN Human Rights Council. Nepal is preparing its bid for the next three-year term, the elections for which will be held in November this year. It remains to be seen if the country’s human rights record will be accounted for this time around.

In 2017, Nepal had pledged to the international community that it would respect the authority and independence of the NHRC and of the judiciary. But starting that same year, the Nepal government began flexing its power even more and curtailing the rights of the constitutional rights body.

“Nepal’s authorities love to speak of their commitment to human rights and good governance, but their actions are at odds with those standards,” Ganguly said. “Diplomats and donors should insist on measurable progress on rights protections if they hope to see their financial and technical support bear meaningful results.”

Badal and Biplab turn against each other