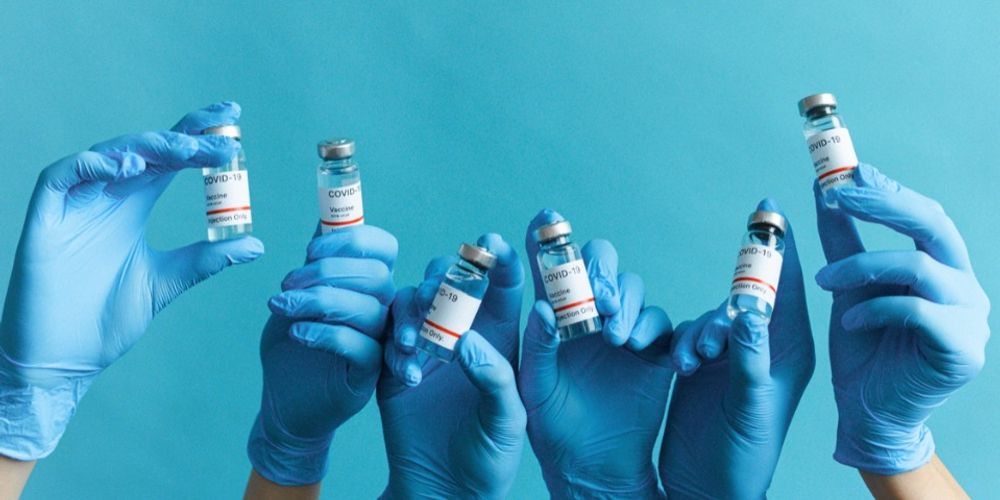 The Nepal government was sitting on proposals from three vaccine manufacturing companies pending approval for the third phase of clinical trials in the country when the news of vaccines that had undergone successful trials around the globe began to surface.

New York-based Pfizer and the German BioNTech were the first companies to present their findings, claiming their vaccines were over 90 percent effective. Another American company, Moderna, released its data claiming its vaccine was 94.5 percent effective.

On November 18, Nepal amended the Drug Act (1978) through an ordinance to address the legal issues related to a potential vaccine roll-out after the two companies published their results. On the same day, the UK’s Oxford Vaccine Group publicised its results of the third phase of clinical trials. This company had approached Nepal for a third phase of clinical trials. Sadly, Nepal had to amend the Act through an ordinance as the ruling party has been far too embroiled in internal political rivalry to focus on governance.

Russia and China had also approached Nepal for a third phase clinical trial. All these companies have released their data with promising results. Nepal, however, missed a chance to get vaccines in the first priority list.

“Nepal could have gotten anti-Covid vaccines if vaccine manufacturing countries had been approached by the highest authorities or if they had responded to the trial offers of manufacturing companies on time,” said Dr Rabindra Pandey, a public health expert.

Since Nepal is still undecided on a vaccine supplying country, experts say its full vaccination process could take a long time. The country — sandwiched between two power giants India and China — is in a fix over choosing one from where to procure anti-Covid vaccines. India and China are both competing to become the first vaccine-producing nation and it is important for them to woo Nepal through vaccine diplomacy to stay in the race.

China is in the final stage of dispatching its anti-Covid vaccines. Informed health experts say the Chinese companies Sinovac, Sinoform, and Cansino have successfully completed third phase trials and are now in the process of dispatching final products. Indian local companies are also manufacturing vaccines. Given that the US, the UK, and European countries are not ready to use Chinese vaccines, Chinese manufacturers have been approaching poorer countries from South Asia and Africa with their products.

India wants to counter China’s vaccine diplomacy to continue its dominance over its neighbouring countries, especially since Pakistan, Maldives, Sri Lanka, Bangladesh, and Philippines have already agreed to use Chinese vaccines. India has greater influence in Nepal, although relations between the two countries have been turbulent in recent months. According to analysts, India wants to improve bilateral relations with Nepal through vaccine diplomacy. Indian Foreign Secretary Harsh Vardhan Shringla, who arrived in Nepal on Thursday, hinted the same during his meeting with top Nepali politicians.

Irrespective of what Shringal says, Nepal’s ruling class isn’t eager to bypass China. Vaccines manufactured in the US, the UK, and Russia are projected to be expensive and many worry Nepalis may not be able to afford them.

For example, the price of a single dose of Moderna is calculated at USD37 and you require two doses spread across four weeks to be fully vaccinated. This will get even costlier when transportation expenses and taxes are included in the price.

As of now, of the total 212 labs involved in manufacturing vaccines, 48 have completed third phase human trials whereas 11 companies are now at the final stage of dispatching coronavirus vaccines.

Due to the ruling party’s internal feud, the government hasn’t yet begun the procurement process. Given the delay in starting procurement, experts say Nepal will not be able to vaccinate its citizens on time.

The only hope for timely vaccination is through donations from GAVI, the Vaccine alliance, a public-private global health partnership that works on making immunisation accessible to poor nations. As a member of GAVI, Nepal gets donations and the government is preparing to immunise three percent of its population of 30 million in the first phase from the donations. It plans to vaccinate 10 percent in the second phase while leaving mass immunisations for the last phase. The government plans to immunise vulnerable groups, particularly senior citizens and patients suffering from serious ailments, in the first phase and the less vulnerable in the second phase.

“The first phase of vaccination can take place until February, whereas we may have to wait until March to get to a second phase,” said Pandey. “Immunising anti-Covid vaccine, however, may not be complete even by the end of 2021.”

Assuming Nepal is donated a vaccine for three percent of its population as a member of GAVI on the same day as countries like the US and the UK, the possibility of mass vaccination remains uncertain. Considering its geopolitical importance in the South Asian region, the two Asian power rivals — India and China — have made continuous efforts to exert and maintain influence in the much smaller Himalayan nation.

“I think those companies working on the final stage of production will distribute Covid vaccines in less than a week,” said Dr Pandey.

Although some vaccine-manufacturing companies from China, Russia and the UK had requested Nepal to participate in the third phase human trials, Nepal did not take immediate steps in accepting their requests.

Rather than proactively participating in the development and distribution of the vaccine, authorities are waiting to receive free vaccines from GAVI, which is committed to providing free vaccines to 92 member countries, including Nepal.

Neither has Nepal reformed policies to facilitate private companies in the development and distribution of the vaccines. Given the government’s indecisiveness regarding importing the vaccine — once there is one — a little known private firm Trinity Pharmaceuticals had signed a deal with Russian Direct Investment Fund (RDIF) to bring 25 million doses of Sputnik V vaccine for the country.

“It all depends on the Nepal government. Once the vaccine gets approval from the WHO and is ready for use, we will be able to supply the agreed number of doses,” said Kishor Adhikari, director of the Trinity Pharmaceuticals, before adding, “The government should decide whether it wants to vaccinate on its own, or allow private companies to do so.”

According to Adhikari, the government could not approve the trials considering potential legal repercussions in the event that the trials go wrong. He added that the government was also concerned that an overwhelming number of people may want to participate in the trial.

The government claims to have set up committees to address the issue of importing vaccines once they are ready. Public health experts and the public alike are, however, concerned about the country’s preparations as the government has not prioritized it. Recently, the government has scaled down testing, tracing, and treatment, and asked the public to foot the bills themselves. This has led to a sharp rise in infection and death rate. Total number of infections across the country on Thursday reached 227,640 with 1,412 deaths.

“Committees have been formed to make preparations regarding storage and distribution of the vaccine. The vaccine is not ready yet. Once the vaccine has been finalised for mass production and distribution, Nepal will definitely get the vaccine,” said Dr Samir Kumar Adhikari, joint secretary at the Ministry of Health and Population (MoHP).

Pandey, however, claims that the ministry’s efforts alone cannot ensure timely immunisation. “It’s difficult to complete immunisations on time if the highest authorities don’t reach out to vaccine-manufacturing countries,” he stated.

On Budhi Gandaki, Nepal should say no to India and China

The project has become a geopolitical ping pong