Clearing the air on the MCC

Clearing the air on the MCC

Excerpts from a discussion between representatives of the Confederation of Nepalese Industries Young Entrepreneurs Forum and officials from MCC and MCA-Nepal. 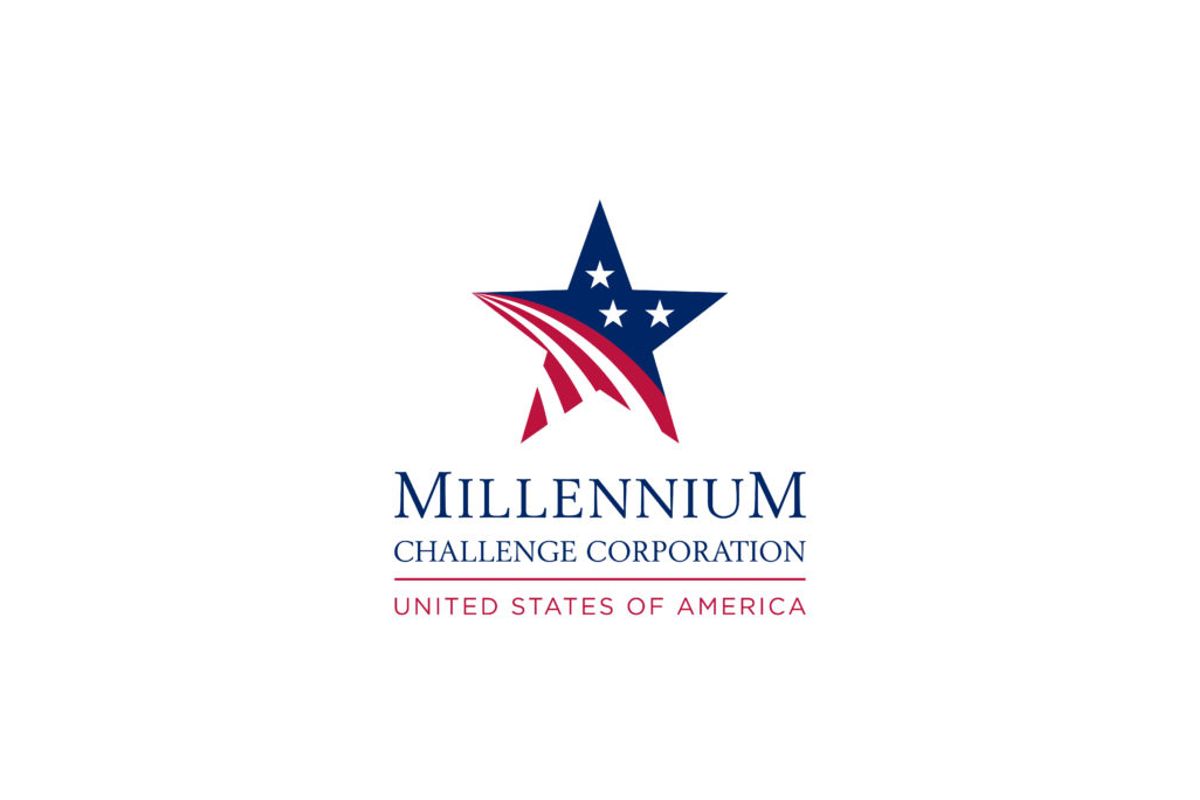 With the parliamentary ratification of the Millenium Challenge Corporation’s (MCC) Nepal Compact due, the Nepali private sector has been closely observing developments. It might not be widely known but private sector associations have been consulted on the details of the MCC’s projects as far back as 2014.

There is genuine interest among the public to understand the MCC’s Nepal Compact, signed in 2017 between the United States’ MCC and the Government of Nepal, and its ramifications. While there are staunch supporters who see the MCC as bringing great development dividends to Nepal, there are also serious detractors who have been looking at the Compact through a zero-sum geopolitical lens.

Against this backdrop, representatives of young entrepreneurs met with MCC/Millenium Challenge Account (MCA) personnel for a conversation on December 10, 2021. The Confederation of Nepalese Industries Young Entrepreneurs Forum (CNIYEF) wanted to hear from the “horse's mouth” to help discern the truth from fabrications. This article is informed by the interactions that took place with MCC/MCA and the observation of the authors to the responses offered.

About 15 CNIYEF members attended this information session on MCC and MCA Nepal. The session provided information regarding the origin of the MCC in the US, the project’s offerings and benefits to Nepal, the need for parliamentary ratification, and acknowledged the negative impact that its politicization and misinformation were having in delaying these benefits to the Nepali people.

To meet the five-year deadline, MCC and the Government of Nepal both want smooth operations during the construction phase, regardless of any changes to the law at the local or federal level that may delay the project. At the signing, none of the clauses of the Compact are in conflict with the existing laws of Nepal.  The MCC Nepal Compact is an international agreement therefore the project will adhere to international laws and treat both parties to the agreement equally. This is true for other international agreements such as those signed between Nepal and the World Bank, JICA (Japan International Cooperation Agency), etc. Large infrastructure projects have agreements with Nepal that safeguard against any future change in laws that were not in place at the time of signing the agreement. The process of law amendments in Nepal can disrupt predictability and stability, which is essential in implementing the projects, especially as the MCC-funded compact cannot exceed the five-year time frame.

The second question regards one that crops up during conversations with taxi drivers and discussions in ‘chiya pasals’: “Is it true that the MCC will bring the US army to Nepal, and will the compact undermine Nepal’s sovereignty?”

MCC and MCA Nepal responded that the MCC Agreement does not allow MCC funding to be used for military or security assistance and reiterated that the US army rumor is completely baseless. The compact agreement Article 2.8 C states that Nepal can unilaterally reject the compact with a notice of 30 days. The MCC Act prohibits any assistance or engagement related to the military [Section 605 (e) of MCC Act]. If Nepal feels its sovereignty is at stake, it is always allowed to ask the MCC to leave. Further, the 30-plus countries with which the MCC either had compacts or has existing compacts in operation provide no evidence of US army engagement. Delaying the compact funding delays benefits to millions of Nepalis from having reliable and accessible electricity and transportation.

Many questions and concerns have been answered by MCC VP Sumar in interviews and press briefings during her visit to Nepal in September 2021. The clarification document is available on mcc.gov, MCA-Nepal’s website mcanp.org, and the US embassy’s website.

CNIYEF raised another concern: “If MCC is good for Nepal, why would it need to justify itself time and again?” MCC responded that it is not pushing Nepal to accept but rather asking it to make an official decision so money can be deployed elsewhere if Nepal does not desire it.  The compact is accessible and transparent, and there isn’t any hidden agenda in this grant assistance. The MCC’s sole objective is to reduce poverty through economic growth. The grant assistance of $500 million will be spent on building infrastructure and uplifting the lives of millions of Nepalis through reliable electricity and transportation. It is important to note that the compact was designed in Kathmandu at the request of the Government of Nepal.

A CNIYEF member asked, “Are there any amendments made to the Nepal Compact? What were possible reasons behind MCC’s failure in other countries? Have the key performance indicators (KPIs) been compromised due to delays in project implementation?”

The MCC informed that no amendments have been made to the original compact. There were changes to the annexes of the agreement to reflect the change in names of Nepali agencies, mutually consented to by the Government of Nepal and the MCC. Further, MCC only partners with countries that pass indicators for good governance, economic freedom, and other similar metrics along with scorecards on political rights, civil liberties, and control of corruption.

Multiple high-level visits from the US government over recent times have raised suspicions as to why the US is so desperate to get MCC ratified by Parliament. CNIYEF learned from the MCC that the Ministry of Finance registered the compact for ratification based on a decision memo from the Ministry of Law and Justice. Nepal and the US have had a bilateral relationship for about 75 years now and MCC’s grant assistance is a continuation to that partnership. Both the US and Nepal have spent substantial amounts of time and effort in studying and preparing the compact, therefore the US wants Nepal’s Parliament to register the compact in its agenda and vote soon because the compact funding is not available indefinitely. MCC urged the Government of Nepal to take charge and make decisions based on facts and sound deliberations, rather than letting the project be derailed because of misinformation, hearsay, rumors, and false information on social media.

The decision is in Nepal’s hands as to accept the $500 million grant assistance or reject it. It is quite unfortunate that despite having gone through due diligence of almost six years, we have arrived at this juncture of distrust. People seeking to appreciate the development rationale of the project are having their integrity questioned but those who are against the MCC are not having their skepticism questioned.

There were some major revelations and myth-busters at the meeting. Some of the rumors and misinformation cleared up by the discussion include:

Young business leaders ought to have an opinion on issues that have large development implications and are hence a matter of national importance. CNIYEF approached the issue with a neutral state of mind and we encourage the Nepali youth to be more acquainted with issues that have such broad implications.

The state of infrastructure in the country especially affects the private sector. Often, Nepali products are regarded as more expensive and of lower quality. Good infrastructure can help achieve cost competitiveness for Nepali industries, which in turn, can help generate jobs for the youth. It also helps in making trade cheaper and easier, within the country and internationally. In a country where infrastructure/development projects take ages to complete, always going over the timeline, a project like the MCC that is wholly committed to completing the project on time and within budget will be a breath of fresh air. Once Nepali people start demanding timely project completion, that may reduce opportunities for rent-seeking and corruption.

Nirnaya Bhatta  Nirnaya Bhatta is the Research Director at the Confederation of Nepalese Industries (CNI) and works in the field of infrastructure development.

Manish Shrestha  Manish Shrestha is the co-founder and CEO of Kazi Studios, and a board member of the Confederation of Nepalese Industries Young Entrepreneurs Forum (CNIYEF).

The curious case of the Mustang incident

In 1960 a Nepali officer was shot by Chinese soldiers along the border, causing a heated diplomatic dispute. Decades later, the details of the case are still contentious

An account of how and why, on Lipu Lekh in 1816, an East India Company surveyor interacted over three days with the Deba of Taklakot, the official representative of imperial China in the area.

Xi came bearing gifts, it is up to us to follow through

Xi Jinping's visit to Nepal promised a lot but it is up to Nepal to deliver.