Conspiracy and charades: On the making of the 2015 constitution of Nepal

Conspiracy and charades: On the making of the 2015 constitution of Nepal 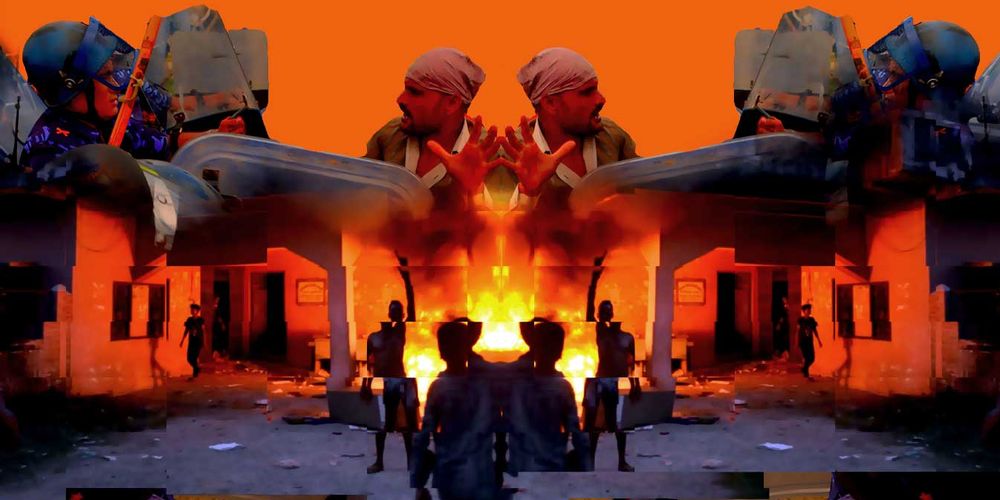 Advocate Dipendra Jha’s Federal Nepal: Trials and Tribulations narrates the story of the constitution making process of Nepal. Asides from facts and figures on the marginalized, his book has anecdotes and reviews of key political events, and includes the reactions of various Nepali power-centers and the international community towards Nepal’s constitution.

After an overview of the diversity and complexity of Nepal, the book chronicles major political events shaping the country's constitution making and implementation process, especially between 2015 to 2017. The first Constituent Assembly (CA) was dissolved on May 26, 2012 without promulgating the constitution. The second CA promulgated the new constitution in an unexpected fashion, dropping many progressive changes made by the first CA.

Jha uses a comparative lens on Madhes politics then and now to analyze the political history of Nepal. The book also acknowledges the rise of different civil society groups, including Madhesi youths at home and abroad, who have worked on Madhes issues.

Political games behind the 16-point agreement and the constitution

Jha describes the 16-point agreement between the four major political parties (Nepali Congress, CPN-UML, the then UCPN-Maoist and the then Madhesi Janadhikar Forum-Democratic) to decide the names and boundaries of federal provinces after the promulgation of the Constitution as a major conspiracy. The author argues that the 16-point deal was a trick to dilute federalism as had been ensured in Article 138 of the Interim Constitution, which itself had only been inserted later as a result of the 2008 Madhes movement. Jha challenged the 16-point deal in the Supreme Court, and the court’s stay order ensured federalism in the 2015 constitution of Nepal. This was a major breakthrough not only in the author’s law career but also in the political course of the country.

The imposition of ‘fast-track’ methods to promulgate the statute was another conspiracy to undermine the peoples’ mandate and bolster the status quo. The major political parties revised the CA regulation and cut-down the duration for feedback and suggestion in the preliminary constitution draft to a week’s time. The realpolitik behind the ‘fast track’, however, was for the parties to share power in government and divide among themselves the resources the earthquake reconstruction process could bring. On top of this, the major parties tacitly used the party whip to bar their respective CA members from speaking against the party official line. This coerced 90 percent of the CA-members to sign the constitution draft despite their disagreements. This facade of ‘popular support’ became convenient propaganda to be disseminated to the world. However, the six-month-long protests by Madhesi and Tharu communities exposed the truth of widespread discontent.

Jha’s book also illustrates extensive manipulation in the constitution writing and implementation process, and how the agendas for change, including federalism, proportionate inclusion, reform of electoral system and citizenship, were diluted. Popular movements for reform have been co-opted by conservative forces through ambiguous constitutional language. A constitution passed by almost 90 percent of people’s elected representatives is full of flaws and rejected by a large swathes of the population. The author blends these discussions with accounts of his personal involvement in these issues and his interactions with political parties.

The book records the various efforts to amend a flawed constitution. The first amendment to the constitution was made through strong resistance from Madhesis and Tharus, less than four months after its promulgation. Yet, there are problems with the first amendment itself. The book elaborates how the amendment did not sufficiently address the demands of discontented Madhesis, Tharus, Janjatis and women.

The book goes on to detail why a second amendment failed. Jha argues that political parties were not sincere in their amendment efforts. India was another important factor in the failure of the second amendment because while it had originally been less receptive to the constitution, and had extended its support to the first amendment, it changed stances later on. This topic gets its own chapter, Role of India in Constitution Making, which not only records Indian intervention during constitution-making and the first amendment but also points out how the intervention failed.

The constitution amendment, however, is still an agenda in the Terai/Madhes, particularly in Province 2, the election results of which showed clear support for parties supporting amendment.

Jha’s book is more a personal and sometimes emotional reflection, rather than a research piece. Jha’s anecdotes do a good job of connecting with the audience. While the book has some slips in the form of mentions without introduction, it is still an easy and lucid read.

Those in power are promoting the narrative that the protracted political transition in Nepal has come to an end with the success of the country’s first parliamentary and provincial polls following constitution promulgation. Jha’s book conveys a different message: the constitution and the elections may not be the one stop solution to Nepal’s socio-political issues, and constitutional amendment will be important to address the long-held grievances of historically oppressed social and political groups in the country.

A voice from the past speaking to the present

Set in the fictional country of Lapalistan, Greta Rana’s Ghosts in the Bamboo is a remarkable tale of a woman’s journey into her own psyche.

A new star at the cinema

White Sun, the new film from director Deepak Rauniyar, confronts Nepal's painful past through the interwoven lives of its characters

Portrait of a city in flux

The history of empty places

The acceptance speech of writer Yogesh Raj who received the 2018/2019 Madan Puraskar for his historical fiction, Ranahaar.