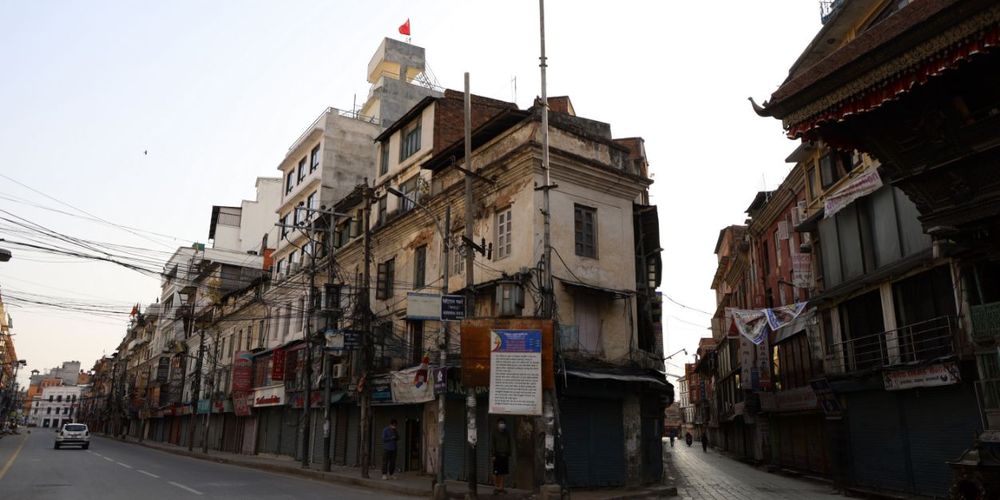 Lockdown likely to be extended

Prime minister KP Sharma Oli on Saturday hinted at the possibility of extending the lockdown for the third time considering the rise of Covid19 cases in India. During a separate teleconference with the chief ministers of all seven provinces, PM Oli said that the lockdown will remain in place as long as it is deemed necessary to prevent the spread of coronavirus, according to the PM’s press advisor Surya Thapa.

“The purpose of the lockdown is not to cause hardship to the people but to save their lives. This message should be properly communicated to the people,” PM is quoted as having told the ministers.

In a separate context, the PM dismissed the need for an all-party mechanism to tackle the Covid19 pandemic.

“There is no need for such a mechanism when the government is already doing its job properly to contain the pandemic,” Oli said.

Call to use MP fund in Covid19 response

Leaders from across the political spectrum are joining calls to utilise the Member of Parliament Development Fund to equip local health facilities in the face of the Covid19 pandemic. Under the fund, each directly elected parliamentarian gets Rs 60 million to spend in their constituency based on priority areas. But the fund has come under increasing media scrutiny for misusing taxpayers’ money.

The government admits to have fallen short of resources required to tackle the pandemic. Joining political heavyweights like Gagan Thapa, Baburam Bhattarai and others, the Nepal Communist Party spokesperson Narayan Kaji Shrestha said on Saturday that he was also for using the fund to combat Covid19.

“For many years now, I have been saying that the MP Development Fund is not just unnecessary but also inappropriate. Let's put the unspent amount in the Covid19 fund and scrap this fund entirely from next year. This is the right thing to do, without further delay,” Shrestha tweeted on Saturday.

An increasing number of people are making use of the Covid19 helpline, according to the Ministry of Health and Population. The government has set up two toll-free helpline numbers, 1133 and 1115, to address Covid19 related health queries which are being answered by certified medical professionals. MoHP spokesperson Bikash Devokta said in a daily press briefing that around 3,040 queries had been received through the Covid19 helpline in the last 24 hours. The ministry is also addressing health related queries through a mobile app and other digital platforms.

On Saturday, the police rounded up 1,960 people in Kathmandu for defying the lockdown. The arrests were made between 6am to 5pm, according to the Kathmandu Police. Some violators were arrested with plier-like devices and briefly locked inside police vans before being released. DIG Bishwa Pokharel of the Kathmandu Police said that they usually let violators off after informing them on the benefits of the lockdown.

Nepal’s oldest hospital, Bir Hospital, has also started Covid19 testing, becoming the second health facility in the capital to do so. Earlier, the National Public Health Laboratory was the only public health institution in Kathmandu conducting such tests. According to MoHP, the Sukraraj Hospital in Teku will also begin Covid19 testing from Sunday.

On Saturday, Canada evacuated its citizens stuck in Nepal due to the Covid19 related travel bans. The Canadian Embassy in Nepal said that the tourists were flown home in a chartered Qatar Airways flight. Canada is the latest in a long list of countries evacuating its citizens from Nepal. The UK, France, China, Japan and Germany had evacuated their citizens earlier this week.

More than 3,800 foreigners have been repatriated since Nepal allowed emergency flights for evacuation. According to the Tourism Board, around 4,500 tourists are still stranded in various parts of the country.

Nepal is better off aligning with India than China