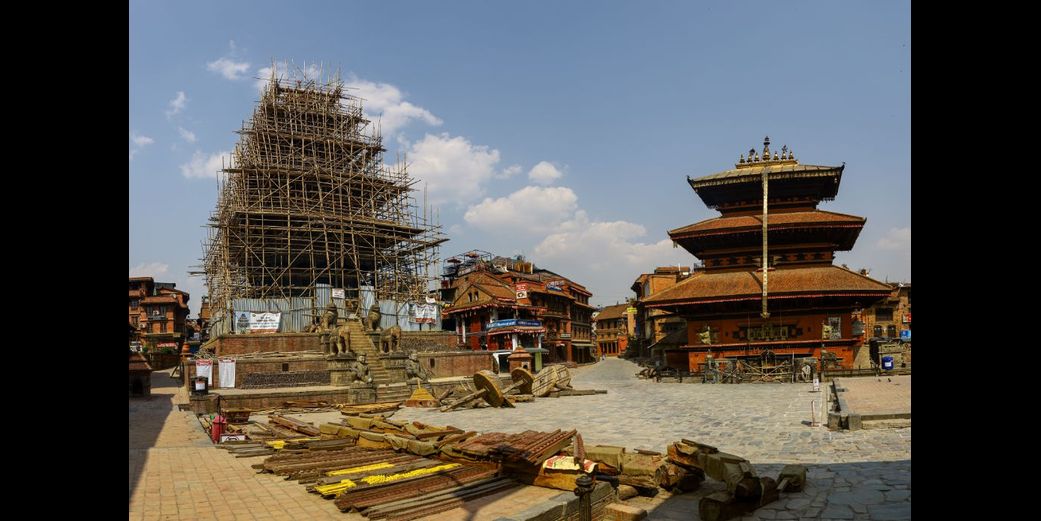 The Ministry of Health and Population confirmed three new cases of Covid19 in Birgunj on Wednesday. With this, the total number of cases in the country has reached 57.

According to MoHP, the affected include three men, aged 46, 43 and 31, all of whom had returned from India before the lockdown. They are currently receiving treatment at Narayani Hospital.

Earlier, the ministry had incorrectly reported the diagnosis of four new cases, but it later revised the number, saying it had mistakenly counted someone who had tested positive earlier this month. The three new cases have made Birgunj and its adjoining districts the second most affected region after Udayapur.

On Wednesday, health workers collected throat swabs of 34 people in suspicion of having been exposed to two people who tested positive for the virus.

Nepal’s economic growth is expected to plummet to 2.27 percent in the current fiscal year of 2019-20, the Central Bureau of Statistics said on Wednesday. Releasing a revised growth rate, the CBS said that the economic rate was expected to fall below 3 percent (in basic price), compared to the government’s initial projection of 8.5 percent growth.

Earlier this month, WB had projected Nepal’s economic growth rate to fall to a range of 1.5 and 2.8 percent in 2020, signalling a possible economic crisis due to lower remittances, stunted trade and tourism and broader disruptions.

The World Bank has also forecast that South Asia as a whole is heading towards the region’s worst performance since 1980. A prolonged outbreak of Covid19 will impact growth in Nepal significantly with a further deceleration in services and industrial production. Economic growth during the 2021 fiscal year is also likely to remain subdued due to the lingering effects of the pandemic, with some recovery expected in 2022.

Nepal’s mission to Bahrain said on Wednesday that the number of Nepali migrants who have been tested positive for Covid19 has jumped to 126, a massive surge compared to 49 cases reported last week. The embassy announced the confirmation of 77 new cases and said that the infected are receiving treatment in isolation. The embassy has also appealed to all workers with symptoms to get tested.

Earlier this month, prime minister KP Sharma Oli had urged his Bahraini counterpart to take care of Nepali migrants working in the Gulf nation. Other Gulf countries, including Qatar, have also seen a significant rise in the number of people suffering from Covid19 although the exact number is unavailable due to lack of transparency over data.

More private companies are coming forward to pledge their support to the government in its fight against the Covid19 pandemic. On Wednesday, representatives of Ambe Steels handed over a cheque of Nrs 2.5 million to the Covid19 fund which was set up by the government to raise resources to combat the pandemic. Similarly, the Coca-Cola Company Nepal, a subsidiary of The Coca-Cola Company, has pledged Nrs 80 million. The company plans to support over 100,000 frontline workers with necessary protective gears. In a statement, the company said that the aid would be spent in partnership with NGOs.

The government admits to falling short of resources required to tackle the pandemic and has been urging multilateral donors and lenders for aid.

The Nepal government has requested the Asian Development Bank for immediate assistance amounting to US$ 250 million. During a discussion with ADB president Masatsugu Asakawa on Wednesday, finance minister Yuba Raj Khatiwada pledged the assistance to fight against the Covid19 pandemic.

Asakawa commended the government’s decisive actions to control the spread of the virus and manage its impact on public health and the national economy, particularly through the government’s US$ 1.26 billion comprehensive National Relief Programme.

“ADB is committed to supporting the government’s needs in these most challenging times,” said Asakawa. “We are accelerating the processing of a quick budget support loan with affordable terms and conditions to respond to the government’s request for assistance in strengthening the health system and mitigating the economic and social impact of the pandemic.”

In close collaboration with other developmental partners, ADB is providing further support to Nepal from the expanded Covid19 response package of US$ 20 billion announced on 13 April, with approved measures to streamline its operations for quicker and more flexible delivery of assistance.

Khatiwada thanked ADB for its support and reiterated the government’s strong commitment to carry out immediate containment measures, social protection for the poor and vulnerable and economic support for affected sectors.

The pandemic is causing disruptions in industries and services throughout Nepal. Tourism, remittance inflows, as well as domestic trade and transportation have been hit hard.

Top leaders of the ruling Nepal Communist Party remained busy in a numbers game throughout Wednesday amid growing power tussles between the esrtwhile UML and Maoists camps. A faction led by NCP executive chairman Pushpa Kamal Dahal is eyeing to topple the Oli government, citing the PM’s mishandling of the Covid19 pandemic as well as his failed effort to split the Samajwadi Party through the hasty introduction of ordinances.

Both factions have been collecting signatures to show their majority in the party and parliamentary committee in a move that could significantly change national politics in the next few weeks. During a meeting of the party secretariat on Wednesday, the Dahal faction and some leaders from the erstwhile UML urged PM Oli to call a meeting of the party’s central committee.

Civil society leaders and the media have criticised both factions of the ruling party for resorting to dirty politics at a time of unprecedented crisis.