At 100,000 cases, the coronavirus pandemic in Nepal appears nowhere near ending 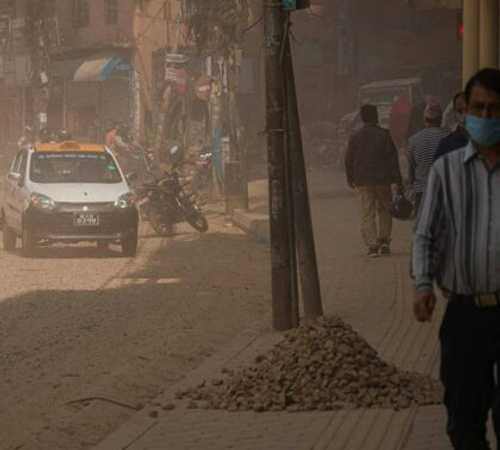 Nepal has reached this landmark number of Covid cases largely due to the surge in infections in recent weeks combined with increased PCR testing. The government has been shifty with its decision to test people, often reducing the number of daily tests just to show a lower number of infections for a 24-hour span.

For two consecutive days, the government ramped up testing and the nation registered a record number of cases. Following this, on Friday, the government decided to test fewer people. Although the infection rate — which had hovered at approximately 24 percent on Wednesday and Thursday — also reduced on Friday to approximately 15 percent, it is uncertain whether infections have gone down or this is just a temporary dip that does not reflect the actual ground level scenario.

Kathmandu Valley, meanwhile, has shown a constant rate of infection. According to the Ministry of Health and Population (MoHP), cases in the valley made up 68 percent of all of Friday’s cases with 1,409 infections. Of these, 1,116 were in Kathmandu, 163 in Lalitpur, and 130 in Bhaktapur.

The data also reveals that PCR tests have also been concentrated in Kathmandu. Nepali Congress Gagan Thapa took to Twitter to criticise the government for its failure in containing the virus. Thapa, who is a member of parliament, is in isolation after testing positive himself and expressed his dissatisfaction at how the increase in PRC testing in the valley has come along with reduced testing elsewhere.

Thapa’s comment highlights how much of the government’s Covid response has heightened existing inequalities on many fronts, including the centre-periphery divide. Majority of the health facilities equipped with technicians and resources are concentrated in the capital. Of the 559 ICUs and 239 ventilators designed for Covid-19, 154 ICUs and 62 ventilators are in the valley. To give a clearer picture of the divide, we must take into consideration that many ICUs and ventilators outside the valley are not in operation. For instance, BP Koirala Institute of Health and Science (BPKIHS), reputed for its services in eastern Nepal, has nine ventilators, but only three of them are out of order.

Experts and frontline workers have been warning the government repeatedly that hospitals will soon run out of beds and even medical staff who can provide care to patients. People are leaving Kathmandu for their villages across the country in droves, especially as Dashain is around the corner. The government has no record of how many of them may be potential virus spreaders.

MoHP spokesperson Dr Jageswhor Gautam warned the public that legal action could be taken against both symptomatic and asymptomatic Covid patients if they don’t isolate themselves once testing positive.

“One has to be careful from the time they give a swab for testing until the results come out. It is absolutely imperative to stay in quarantine once you give a swab for the test, no matter what the result may be,” said Dr Gautam during the daily press briefing on Friday.

Dr Gautam continued reading out the instructions on how to avoid contracting the virus, an initiative the ministry should have taken a long time ago. “We have received reports that Covid-19 patients are not not staying in isolation. In such cases, we request neighbours and family members to uncover the truth and inform us if a patient is walking freely and comes in contact with others. As per the Infectious Diseases Act, the Covid positive individual could be jailed for six months if they violate protocol,” said Dr Gautam.

According to him, the ministry has already informed the home ministry as well as district administration offices around the country to keep tabs on instances of transgression. Dr Gautam also appealed to the public to observe quarantine and isolation as required.

Had the government released the informative to-do list to the public earlier on during the pandemic, it could have been highly effective in combating the virus since a majority of the cases are asymptomatic and many people have spread the virus without knowing they had it themselves.