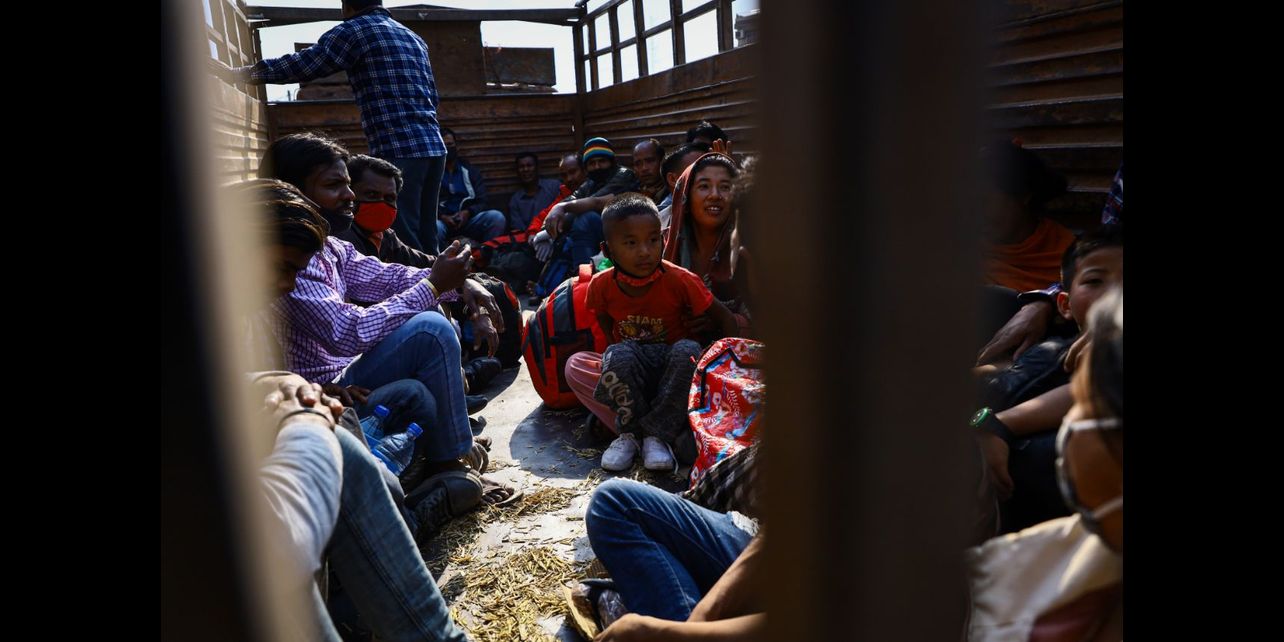 The Ministry of Health and Population (MoHP) on Tuesday confirmed two new cases of Covid19 in Kathmandu. With this, the total number of coronavirus cases in the country has reached 16.

MoHP spokesperson Bikash Devkota said that two out of three residents of Suncity Apartments, Pepsicola, were confirmed to have contracted the virus. The patients include a 54-year-old man and an 81-year-old woman from the same family. They were admitted to Patan Hospital on Monday after rapid tests showed positive results. A third member of the family, whose rapid test had also shown positive, was later confirmed to have tested negative.

In Dhading, a migrant worker who had returned from South Korea on 4 March also tested positive under rapid testing. His throat sample has been sent to the lab for further confirmation.

Following the confirmation of the Suncity cases, authorities have started rapid Covid19 testing on residents of the apartment complex who had come in contact with patients prior to their testing. Police are also searching for passengers who had returned with the duo on a Qatar Airways flight on 18 March.

With the confirmation of Covid19 cases in Suncity Apartments, many are calling on the government to test every resident, including senior bureaucrats, living in the three blocks that comprise the apartment complex.

The government on Tuesday decided to extend the nationwide lockdown until 27 April amid a surge in the number of Covid19 cases. A meeting of the cabinet reached the decision considering the need to track and trace those likely exposed to the virus after the recent spike, according to finance minister Yuwaraj Khatiwada. A total of seven news cases have been confirmed since Sunday.

The decision comes on the same day Bhaktapur saw two new cases of the coronavirus and a day after India extended the lockdown by three weeks. The government first enforced a nationwide lockdown on 24 March, invoking the Infectious Disease Control Act in order to restrict the spread of Covid19.

In a related decision, the government on Tuesday decided to deploy around 34 doctors to Sudur Paschim Province, one of the most affected provinces in the country with very few hospitals and health workers.

An increasing number of parliamentarians are announcing that they will contribute their salaries to the Covid19 fund since the government has fallen short of resources to combat the coronavirus pandemic. After prime minister KP Sharma Oli’s announcement to donate his salary to the fund, several other leaders including NCP leader Narayan Kaji Shrestha and former PM Baburam Bhattarai have announced that they will donate their salaries to the fund.

The Covid19 fund, which was set up to raise money required to fight the pandemic, has been receiving steady donations from individuals, governmental as well as nongovernmental agencies. So far, it has generated around Rs 3 billion based on donations from thousands of donors including members of the Nepal Police and former king Gyandendra Shah.

The International Monetary Fund has sanctioned  $500 million on Monday to waive six months of debt payments for 25 of the world’s most impoverished countries including Nepal. The decision was taken so that these countries can prioritize their resources in tackling the Covid19 pandemic, IMF executive director Kristalina Georgieva mentioned in a statement.

Other beneficiaries include the world's poorest countries including 19 African nations as well as Afghanistan, Haiti, the Solomon Islands, Tajikistan and Yemen.

“This provides grants to our poorest and most vulnerable members to cover their IMF debt obligations for an initial phase over the next six months and will help them channel more of their scarce financial resources towards vital emergency medical and other relief efforts,” Georgieva said.

Following appeals for help from the Nepal government, international money lenders and agencies have been pledging their support. Earlier this week, DFID Nepal provided a £802,000 grant to help strengthen Nepal's Covid19 response.

The police have arrested 4 people for allegedly raping a teenage girl in Kailali. The victim was raped at Khurkhuriya while she was returning home after visiting her relatives, according to DSP Dakshya Basnet of District Police Office, Kailali. Responding to a complaint from the victim’s family, police have arrested four boys for their alleged involvement in the crime. Rights groups have been urging the government to be mindful about the violence against women likely to surge in the midst of the coronavirus crisis.