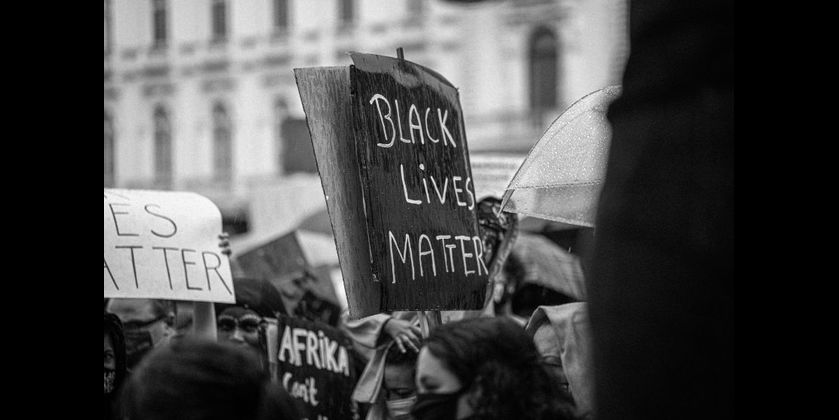 The United States of America is often regarded as a beacon of opportunity, freedom and democracy. The US national anthem ends with the proclamation that it is the “land of the free and the home of the brave”—words believed to be true by many Americans as well as Nepalis. This “brave” and “free” land, however, has been built on and disguises the countless years of oppression, racism, slavery and violence experienced by Black Americans. Black Lives Matter is a movement fueled by the pain of racism and injustice and the Nepali community in the US has turned a blind eye to it for far too long. Justifying our stance by saying that such issues do not affect us isn’t an appropriate response. Other than offering allyship to the Black community, we also have an immense responsibility to fix the racist, anti-Black prejudices entrenched in our own community.

On May 25, George Floyd, an unarmed Black man was murdered in Minneapolis by police officer Derek Chauvin who pressed his knee against Floyd’s neck for nearly nine minutes, resulting in his immediate death. While this was a grotesque act of police brutality, it was anything but rare. In fact, the murder of Black people at the hands of the American police is far too common. In March this year, Breonna Taylor, an African American woman was shot and killed while asleep in her own apartment. Dion Johnson, a 28-year old Black man in Phoenix, Arizona, was shot and killed by police while he was simply in his car, sleeping. Unfortunately, the list of Black people who have faced a death sentence for simply being born into a particular race is abysmally long.

For several days now, hundreds of thousands of people from all backgrounds have taken to the streets in all 50 US states as well as many countries across the world. People are demanding an end to police brutality, white supremacy and racial injustice in all forms.

Why should we, as Nepalis, care about this issue? This is a human rights issue above anything else and our silence in times like this makes us somehow complicit in the violence and oppression faced by Black Americans. The South African cleric Desmond Tutu once said, “If you are neutral in situations of injustice, you have chosen the side of the oppressor. If an elephant has its foot on the tail of a mouse and you say that you are neutral, the mouse will not appreciate your neutrality.”

The US-based Nepali diaspora’s response to issues of systemic racism and injustice in America has implications for Nepal as well. When we fight against injustice towards one group, it does not mean that we ignore another group’s struggles with injustice. in his ‘Letter from Birmingham Jail,’ Martin Luther King Jr wrote, “Injustice anywhere is a threat to justice everywhere.”

While two separate causes, the oppression of Black Americans and Dalit people within the larger South Asian Hindu social context, and more specifically the Hindu-dominant Nepali context, bear a striking resemblance. Deep-rooted prejudices against a certain group of people—demarcated either by race or caste—has allowed systemic discrimination and oppression to flourish in both places. Just as the flaws in American society can be evidenced in the public lynching of innocent Black people to this day, the fissures in Nepali society are laid bare in acts of brutality against innocent Dalits that continue to prevail. Because the perpetrators have historically belonged to privileged races or castes, they have also been sheltered by impunity, even as it makes a mockery of both countries’ constitutions as well as the claims made by both their national anthems. Actively working as allies in the Black Lives Matter movement goes hand in hand with actively dismantling the caste system.

“What about all lives matter?” This is a phrase often used to negate the Black Lives Matter movement as well as the struggles of Black people. Even though Nepalis in the US may not have experienced the same kind of racism faced by Black people, and we may never entirely understand their pain, we must make space for their voices. Yes, everyone matters, but at this time, the Black community in the US is fighting against centuries’ long attacks from white supremacists as well as a violent and racist police force. And they need our support. All lives do not matter until Black lives do.

After facing chronic violence and oppression, people’s frustration is now showing in the form of protests, which have, at times, turned somewhat violent, with protestors resorting to looting. But this is also due to the fact that white people in America have constantly rejected peaceful protests. How often will a grieving and hurt population be told how to protest or vent their anger? It is time to listen to them and to understand. Just days after protests broke out, the Minnesota attorney general brought on charges against the police officers involved in Floyd’s murder, a sign that acts of civil disobedience do make a difference.

While allyship shouldn’t be transactional, a lot of opportunities and freedoms that immigrants, including those that belong to the Nepali diaspora, enjoy in the US are a result of the sacrifices made by Black civil rights activists in the 1960s. While Nepalis in the US laud America for this, it is essential that we educate ourselves on how those liberties came to be in the first place.

We cannot sit on the sidelines anymore as a people and a community that loves to hide time and again under the peaceful guise of Gautam Buddha. We must tackle the deeply embedded prejudices within our own families, call out racist micro-aggressions, and actively work to be anti-racist given that society, powerful infrastructures and systems around us have been upholding social injustices in many forms for long.

Leaving business and turning to writing at the age of 50

In this new edition of Tim Gurung’s series on his life and times, he details the changing business climate in China and his eventual turn towards the literary world.