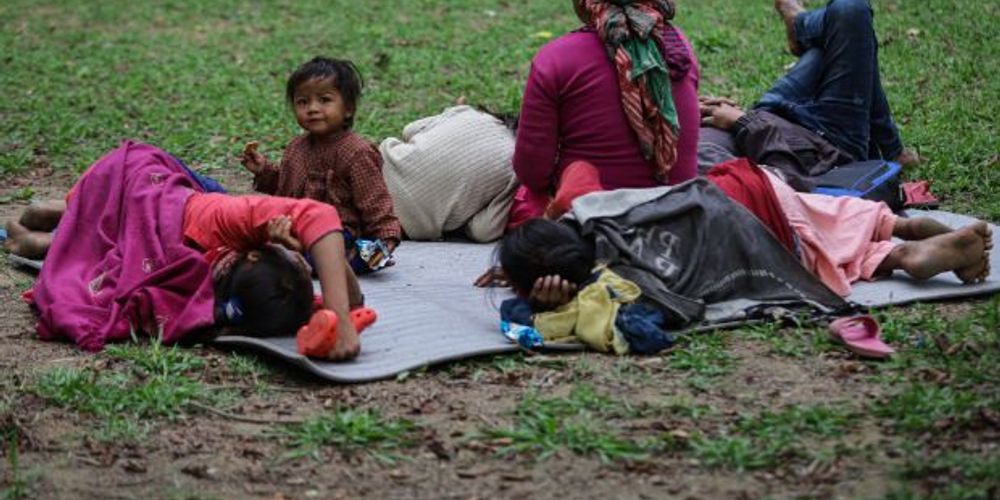 The total number of Covid19 cases in Nepal reached 45 on Wednesday after three more people confirmed positive for the virus. During a daily press conference, Bikash Devkota, a spokesperson for the Ministry of Health and Population, said that the new patients, including an Indian national, are aged 24, 60 and 72. The BP Koirala Institute of Health Sciences, Dharan, has reconfirmed the presence of the virus in their throat swabs after they tested positive during the rapid and PCR tests at Koshi Provincial Hospital in Biratnagar. According to the ministry, seven people have returned home after successful recovery as of Wednesday.

“I thank Prime Minister Shri @narendramodi ji for India's generous support of 23 tonnes of essential medicines to Nepal, to fight COVID-19 Pandemic. The medicines were handed over to the Minister for Health and Population today by the Ambassador of India,” Oli tweeted.

Responding to Oli’s tweet, Modi tweeted, “India-Nepal relationship is special. Our bonds are not only strong but also deep-rooted.”

“The medical supplies including masks, PPEs, thermometers, PCR machines, testing kits, etc. donated by Xizang (Tibet) Autonomous Region were handed over to our Nepali friends today on China-Nepal Friendship Bridge at Tatopani!” Hou Yanqi, the Chinese ambassador to Nepal, confirmed the delivery of a second batch of medical aid through a tweet.

PM Oli and the president of Cyprus, Nicos Anastasiades, held a telephone conversation on Wednesday to discuss ways in which to resolve the problems being faced by Nepali migrant workers working there. Cyprus is home to an estimated 15,000 Nepali workers including many working as housemaids.

“I had a fruitful conversation with the president of Cyprus over the phone this afternoon. I have been informed that Nepali nationals are being taken care of by the government of Cyprus and efforts will be made to ensure that no Nepali national faces difficulty in the future,” Oli tweeted from his official handle later in the day.

Muslim leaders have urged all Nepali Muslim missionaries with recent travel history to get tested for Covid19. In a press statement issued on Wednesday, Abdul Sattar, president of Nepal Muslim Association, a group close to the Nepali Congress, asked everyone involved in missionary activities to get tested for the virus and follow the government’s order of social distancing.

The appeal comes at a time when an increasing number of Muslims, some involved in missionary activities, are testing positive for Covid19. Officials do not have the exact number of Muslims associated with the Tablighi Jamaat in Nepal, but some estimates suggest that it could be around 1 percent of the country’s entire Muslim population.

Similarly, the commission estimates that there could be around 100 members of the Jamaat currently stranded in Nepal due to the lockdown. Mosques and madrassas have come under the government’s radar after 13 people taking refuge at a mosque in Udayapur and two men at a Birgunj mosque tested positive for Covid19 in the last two weeks. Additionally, all 11 people who tested positive in Udayapur on Tuesday appear to have come in contact with the 13 Covid19 patients from the Udayapur mosque.

Opposition parties have threatened to start joint protests if the government does not withdraw the two ordinances introduced earlier this week. On Wednesday, a meeting in Kathmandu between opposition parties, including the Nepali Congress, Samajwadi Party, Rashtriya Janata Party Nepal and other smaller parties, concluded that the ordinances pose the danger of pushing the nation towards another round of instability and political turmoil.

“We will be forced to protest if the ordinances are not scrapped,” Samajwadi Party chairman Upendra Yadav told reporters after the meeting at NC’s party office in Sanepa.

On Monday, president Bidya Devi Bhandari, on recommendations of the Oli government, hastily introduced two ordinances to amend the Constitutional Council Act and the Political Party Act. Under the new legislations, it will be much easier to split or form new political parties and to significantly alter the composition of the constitutional council, a powerful body responsible for all constitutional appointments.

Under the new provision, a political party can be split with the support of 40 percent of lawmakers or the party’s central committee, while the erstwhile provision necessitated both. Some fear that changes in the composition of the constitutional council could give unchecked power to the prime minister to appoint his loyalists in constitutional bodies like the Commission for Investigation of Abuse of Authority and even to initiate emergency rule.