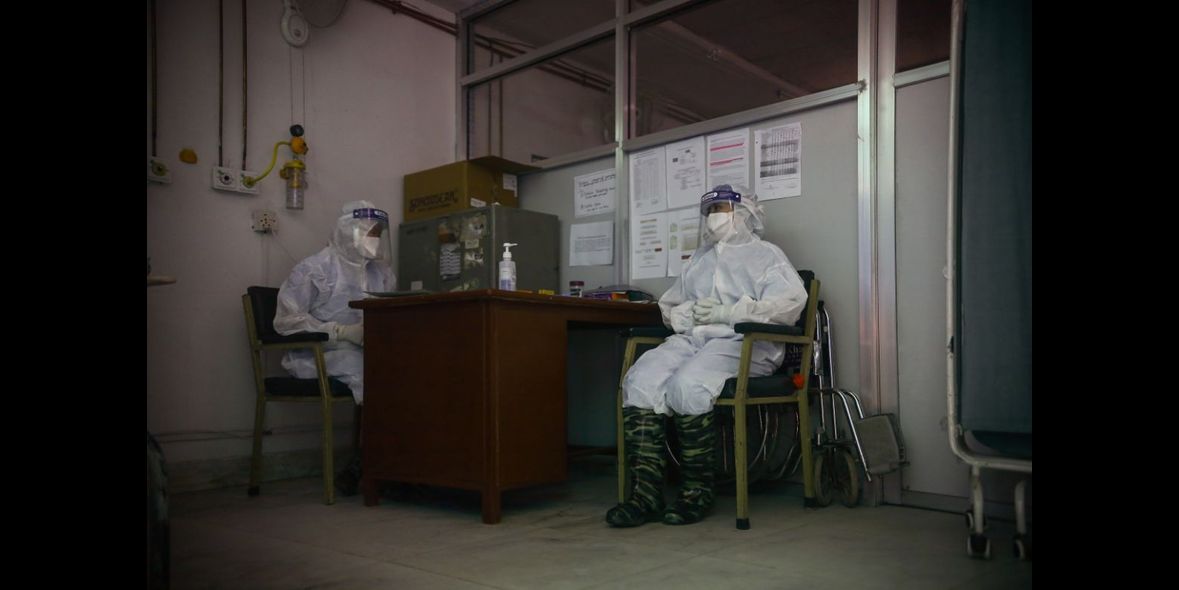 The government has decided to extend its suspension of domestic and international flights until 15 May. A meeting of a high level Covid19 task force chaired by DPM and defense minister Ishwar Pokhrel agreed to continue restrictions on international flights based on the uncertainties surrounding the coronavirus pandemic abroad, especially in countries like the Gulf and Malaysia. Earlier, the suspension had been extended until 30 April.

However, the meeting ended without a decision on when to lift the lockdown after opinion was divided on whether to give continuity to the lockdown or to change its modality. Some officials have started voicing the need to relax restrictions on public movement in selected areas while concentrating in the areas currently affected by Covid19. The majority, however, were in favour of an extension.

Following the meeting, Pokhrel said a cabinet meeting would take the decision on Sunday.

The National Human Rights Commission has urged the government to prioritise PRC testing after questioning the reliability of the Rapid Diagnostic Test in detecting the infections caused by the novel coronavirus. In a statement, NHRC spokesperson Bed Bhattarai said that the government was relying too heavily on rapid testing despite questions over the test’s effectiveness.

The appeal comes at a time when an increasing number of countries are questioning the reliability of the China-made RDT testing kits. India, for instance, has stopped using them. Faulty testing has emerged as a serious problem in recent weeks even as the government has increased testing.

Kuwait amnesty to start from Sunday

Kuwait is starting mass amnesty for undocumented migrant workers in a move that could help millions of migrants including Nepali migrants to leave the country without paying fines for overstay. Kuwait is home to around 70,000 Nepali workers including domestic maids.

The amnesty, effective from 26 April, will provide all necessary paperwork to workers which will allow them to leave the country without a fine and re-enter in the future unless a ban is placed on them for outstanding bills or legal cases, according to Migrant Rights Group.

Kuwait has announced plans to arrange bus facilities to carry workers to mobile camps where all their paperwork will be processed on the same day. Stranded workers will get shelter and food while they await their flights.

The amnesty was announced amid pressure from rights groups who say that stringent immigration rules in Gulf countries are making undocumented workers more vulnerable to the risk of Covid19, hunger and poverty. There are around 1.5 million Nepalis in the Gulf, many of whom are working without legal documents.

Province 2 chief minister Mohammed Lal Babu Raut has urged Nepali Muslim communities at home and abroad to celebrate Ramadam indoors in order to remain safe from Covid19. Raut said this on the occasion of Ramadan in a statement released on Saturday. Muslims across the world began celebrating the holy Ramadan on Friday. The faithful will observe it with fasting and intermittent prayers for a month.

Mosques have emerged as hotspots for the Covid19 outbreak in Nepal with the confirmation of over 25 cases in Udayapur and Birgunj. Authorities in Kathmandu have been carrying out tests on all people taking refuge at mosques and madrasas while Muslim elders have urged those living outside the capital to get tested.

As many as 5,000 foreigners stranded in Nepal have been repatriated since 27 March, according to the Nepal Tourism Board. On Friday, Sri Lanka repatriated 76 Sri Lankan students while countries including the UK, China, Japan, Malaysia, Bhutan and other European nations have already evacuated most of their citizens. A majority of repatriated tourists were rescued from trekking routes and major tourist hubs where they had been stranded since Nepal went into lockdown on 24 March. Nepal still has some 4,000 tourists, many of whom aren't willing to return.