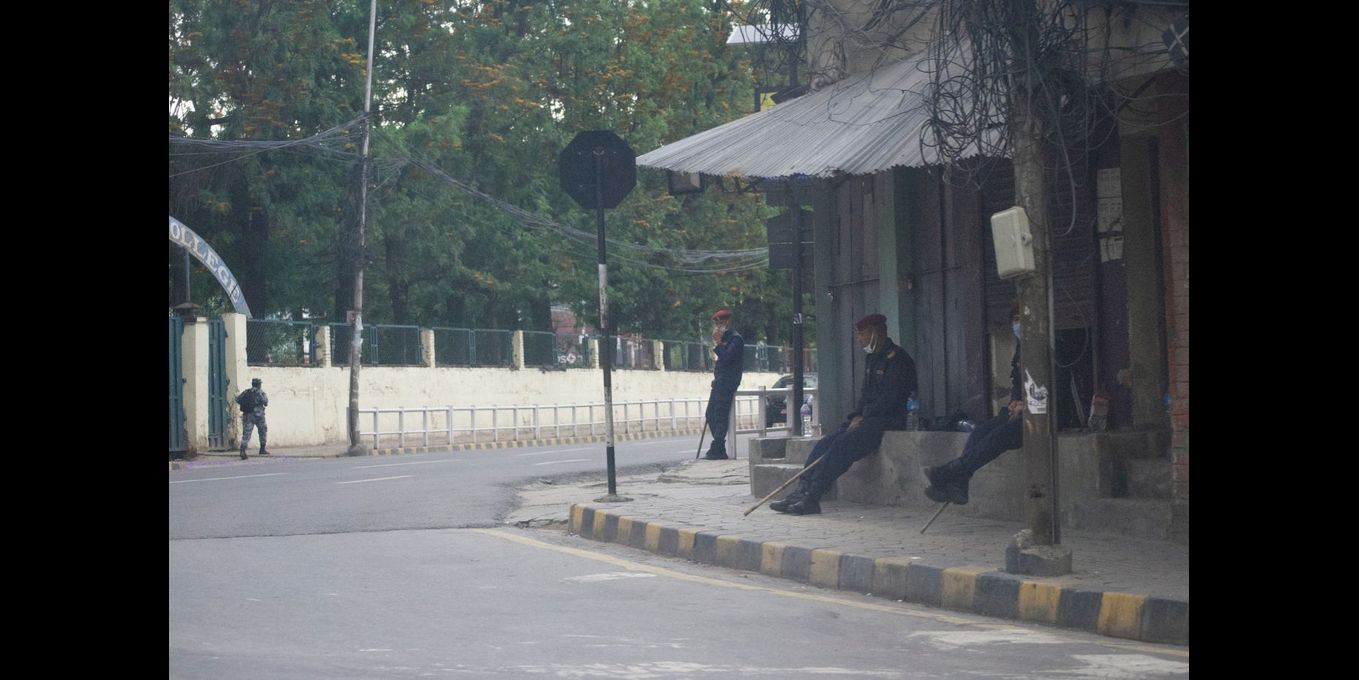 The Ministry of Health and Population (MoHP) confirmed 52 more Covid19 infections on Wednesday as the disease caused by the new coronavirus continues to spread rapidly despite a nationwide lockdown. Since Tuesday, a total of 109 people have tested positive for the virus, most of whom are migrants who secretly crossed the porous Nepal-India border despite restrictions on cross-border movement. The newly infected include a female in Kathmandu and a male and a female in Bhaktapur who had recently entered the valley.

Officials worry that the sharp rise in recent days may lead to more infections as most of the infected had mixed with family members and friends after returning from India. MoHP spokesperson Bikash Devkota said that health workers were tracing and testing other people who may be susceptible to contracting the virus.

Authorities have heightened alert and sealed some areas in Parsa, Bara, Rupandehi and Kapilvastu districts, while testing hundreds of people in touch with those infected.

In a related development, two Covid19 patients have run away from Narayani Hospital in Birgunj, raising alarm and risking further spread of the virus in Province 2.

Nepali Congress (NC), the main opposition party in the parliament as well as six of the seven provinces, has accused Prime Minister KP Oli for using the Covid19 crisis to consolidate power and strengthen his grip on his party, while neglecting millions of people who continue to bear the brunt of the pandemic.

During a press conference at the party headquarters in Sanepa on Wednesday, NC spokesperson Bishwa Prakash Sharma listed 57 failures of the Oli government in the first 50 days of the Covid19 lockdown. He said that the government has fallen woefully short in containing the disease and providing relief to all those affected by the crippling lockdown.

In the statement, NC accused Oil of failing to come up with a roadmap to revive businesses and economic activities affected by the lockdown. According to Sharma, the opposition party was ready to support the government in all possible ways to take the country out of the crisis.

According to the finance ministry, the government will continue to open industries providing essential services in order to fight against health and economic damages inflicted by the Covid19 pandemic.

“It's indispensable to take forward economic activities to fight disease and hunger. Such activities will also provide relief to workers by creating opportunities for work,” said Finance Minister Yubaraj Khatiwada.

On Sunday, the government decided to allow industries providing 44 types of essential services to open amid mixed reactions. Many people have welcomed the decision, while others have criticised the government for resuming industries even as cases have continued to increase.

No immediate plan for evacuation

Finance Minister Yubaraj Khatiwada has ruled out any possibility of immediately repariating Nepali migrant workers stranded in various work destinations across the world. Responding to queries made by lawmakers regarding the priorities and principles of the upcoming budget, FM Khatiwada said that the idea of evacuating stranded workers was not feasible from the point of view of public health and other practical reasons. He added that the workers should remain where they are until further decision from the government.

The government doesn't have data on workers planning to return home, although an estimated three million Nepalis work in 110 countries around the globe, except India. Similarly, hundreds of thousands of Nepali migrants in India are likely to return home in the coming week as India has resumed its railways after almost two months of lockdown.

An aircraft belonging to the Chinese People’s Liberation Army landed at the Tribhuvan International Airport on Wednesday with medical supplies upon the request of the Nepal Army. The aircraft brought around 4.5 tons of medical supplies, including masks, PPEs, gloves, boots and thermal check-up devices from Chhendu, China, according to Devendra KC, TIA’s general manager.

Various Chinese governmental and non-governmental bodies have been providing aid to Nepal amid the chronic shortage of medical material necessary to combat Covid19.

Prior to this, China’s federal government, state governments and charities such as the Jack Ma Foundation have provided medical materials, including Covid19 test kits. Nepal has relied heavily on aid received from various governments to manage medical material and resources to fight the pandemic.

Authorities sealed the Lalitpur-based Nidan Hospital and Aarogya Foundation on Wednesday after an employee working in the Foundation was found infected by the Covid19. The two hospitals share the same building in Pulchowk. Health workers have also started contact tracing in order to obtain samples from more suspected cases.

They want free, prior, and informed consent

The path to war

Nepal prepares for war with the British