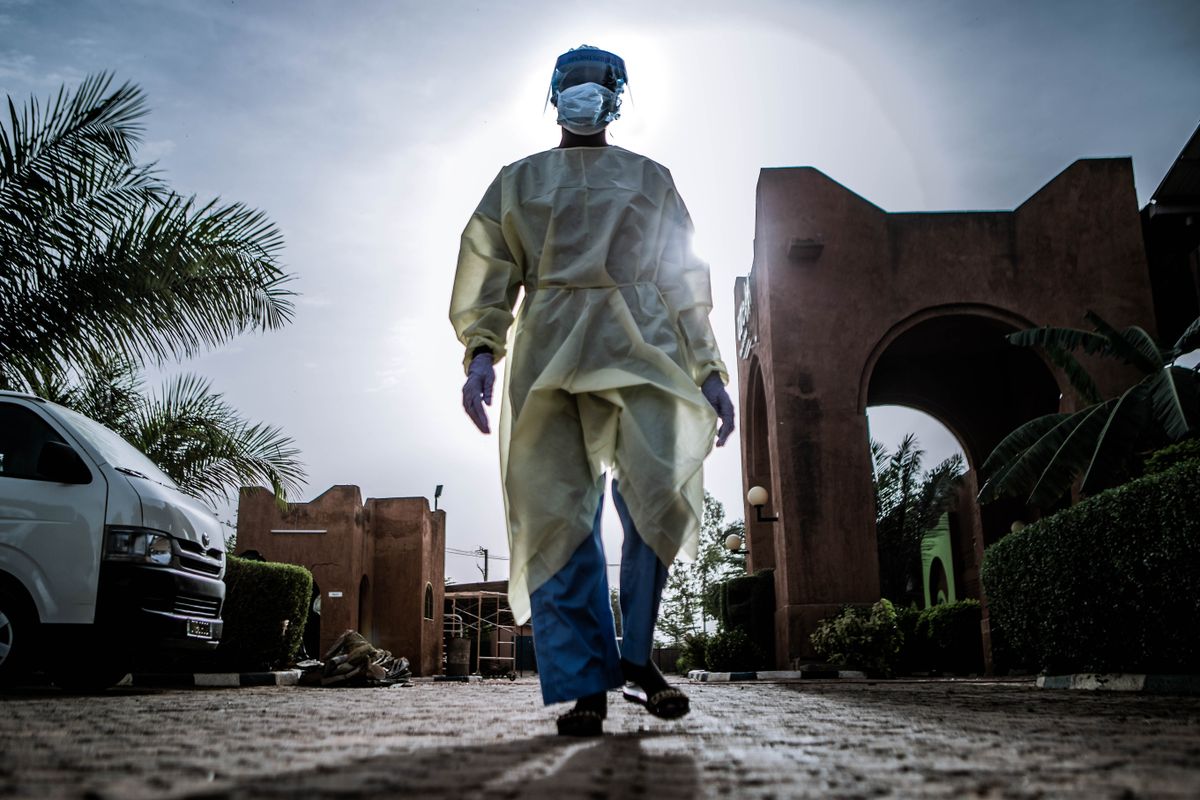 For Amrita Badal, nursing was always her calling. She left her home in Kavre and shifted to Kathmandu six years ago to start her nursing career, a move she says her family was extremely supportive of. But when the pandemic hit in early 2019, with Kathmandu recording higher cases than the rest of the country, that family support soon started to fade.

At the time she was working in the emergency department in a private hospital in Kathmandu. Her family was aware of the excessive workload, stress, high risk of infection, stigma, and discrimination health workers like her were facing.

“There was a lot of pressure from my family to quit my job,” she said, “but as a healthcare worker I had a sense of duty towards my profession and couldn’t step back during a pandemic.”

But working non-stop during two deadly waves of Covid-19 eventually took a toll on her, especially on her mental well-being. She was among the thousands of healthcare frontline workers who spent 12 hour-long shifts under PPE, gowns, and protective face masks during the scorching heat of April and May last year, working hours on end without breaks, as the second wave raged across Nepal.

“I don’t even want to think about those months,” she said. “Being in all that protective gear was suffocating and when we got out of them, it started getting very lonely because people were afraid to come near us. Living alone away from home didn’t help either.”

Badal is one of many healthcare workers who say heightened pressure from the Covid-19 crisis took a toll on their mental health and led many of them to rethink their frontline careers.

A survey conducted in Nepal in 2020 among 475 health workers, 250 of whom were women, stated that 41.9 percent of the total respondents reported anxiety. Among them, 61.8 percent of women health workers were found to have symptoms of anxiety.

Similar patterns have emerged elsewhere too. From China to America and Canada, frontline health workers have reported all kinds of mental health issues after working for months under stressful, demanding work conditions. A survey among nurses in the US in 2021 stated that more nurses were considering leaving the healthcare industry, likely due to a reported decline in morale, increase in stress, and general dissatisfaction about pay.

Nepali healthcare workers also cited similar issues when it came to their declining mental well-being. For Kathmandu-based ENT specialist Dr. Inku Shrestha Basnet, it was the separation from her kids for a prolonged period that was the most difficult, as it led to depression during the last two years.

Dr. Basnet spent the first year of the pandemic without once touching or hugging her two young daughters. They lived in the same house but only would see each other over video calls.

“I still feel like crying when I think about those difficult times,” she said. “One year is a long time to be away from your children despite being in the same city and living in the same home.”

There were days when she couldn’t stop crying and she would find herself unable to do anything. But she had a 12-hour-long shift awaiting her and during such days, she says she really questioned her frontline healthcare career.

“There was the constant risk of infection, fear of death, and separation from family, but we had our duty to fulfill, day after day, without ever taking a break,” she said. “Sometimes I wished that I had chosen a different career path without such responsibilities.”

For countless female healthcare workers like Dr. Basnet, the responsibilities didn’t end with their professional duties. Like many of her female peers, she was also taking care of her family after work. She used to cook for them while wearing a face shield, even though she never got to share a meal with her family for an entire year.

According to a working paper published by WHO in 2019, titled ‘Gender equity in the health workforce: Analysis of 104 countries’ women make up 70 percent of the workforce in the health and social sectors and are thus more likely to be frontline workers, especially as nurses, midwives, and community health workers.

As a result, the dual burden of caregiving at home and while still working professionally has led to women shouldering a disproportionate burden of the Covid-19 pandemic, often resulting in mental health issues, trauma, and exhaustion.

Another study conducted in Brazil among nurses with children between 0-10 years old at home showed how mother-nurses had to go to greater lengths to ensure care for their children during the pandemic, and also how common the fear of bringing the virus home was. Some participants in the study mentioned that “if something happened to their children, it could only be their fault for the condition of being health professionals.”

For sanitation worker Harimaya Gharti Magar, who worked in Bir Hospital’s Covid ward – caring for the infected patients, helping them change their clothes, cleaning up their waste, day in day out – the risks were even higher. People stopped visiting her home, she says, and she herself didn’t go out to see her relatives or neighbors afraid that she would spread the coronavirus.

But Magar says that it was worse seeing relatives desperately trying to save their loved ones, patients gasping for oxygen in the ICU, and watching patients she had cared for succumbing to the disease, almost daily. This went on for weeks during the height of the second wave last year, leaving her completely numb.

“Sometimes four people would die in the Covid ward in a single day and we were the ones who wrapped those corpses up in plastic bags,” she said. “I get shivers down my spine even when I think of those bleak times.”

In 2021, during the second wave, she contracted Covid-19 herself and had to be admitted to hospital for 11 days.

“After seeing so many deaths and Covid patients, I got over the fear of being infected by the virus,” she said. “We worked so closely with the patients that it was almost impossible to be cautious all the time.”

After a brief spike in infections during the third wave last winter, things have started going back to pre-pandemic levels of normalcy with waning infection rates. According to the Ministry of Health, Covid-19 death rates have fallen to near zero and infection rates have also dipped to below 1 percent. Furthermore, over 84 percent of the target population has been fully vaccinated, and Nepal has also been administering booster doses, though at a much slower pace.

However, WHO hasn’t yet declared the pandemic over and countries around the world are still trying to contain frequent spikes in infections, once again resulting in strict lockdowns in places like Shanghai and Beijing.

Dwindling infection and death rates, combined with strong vaccination drives, have returned a sense of normalcy to many countries. But for countless healthcare workers, the lingering effects of Covid-19 induced crises remain.

Healthcare workers like Dr. Basnet say they are still triggered by even the slightest possibility of yet another Covid wave.

“I get scared and start panicking even when I see a large crowd at the hospital. It brings back all the horrible memories from the last two years,” she said. “Yes, vaccines have provided a layer of safety, but we can’t let our guard down because we don't know how and in which form another pandemic might hit us again.”

This report was produced in collaboration with BojuBajai.

Manju Telor  Manju Telor is a reporter with Naya Patrika daily. She has previously worked with BBC Sajha Sawal.