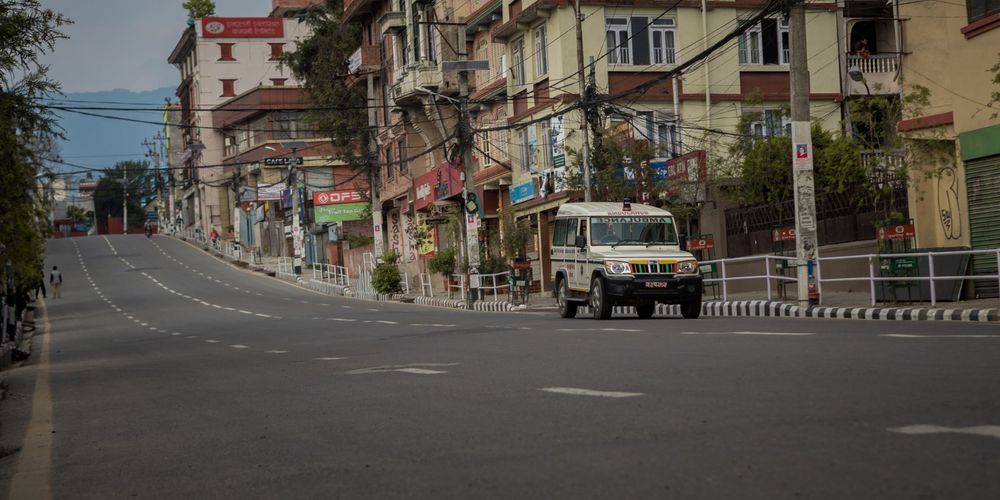 The Ministry for Health and Population on Thursday confirmed yet another case of Covid19, marking the sixth person to test positive for the novel coronavirus in Nepal. Details are scarce due to privacy concerns, but the ministry has identified the patient as an elderly woman who had returned from Doha via Qatar Airways (QR) 652 flight on 17 March.

All the people that have tested positive so far have been people returning from abroad by flight while all five cases from the last two weeks are of people coming specifically in flights from Gulf countries. Health ministry officials say the woman, who is currently at her home in Baglung, was on board the same flight as that taken by the 19-year-old student returning from France who became the second person in Nepal to test positive.

On Thursday, deputy prime minister and defence minister Ishwar Pokhrel reasserted that the government had no intention of granting entry to Nepalis returning from India until the lockdown was over. In an interview with the state-owned news agency Rastriya Samachar Samittee, Pokhrel said the decision was taken considering public interest.

“It's meaningless to be sentimental (about it),” said Pokhrel.

An increasing number of Nepali migrants, including women and children, returning from India are stuck at the border. Pokhrel, who is heading a high level task force for the prevention and control of Covid19, accused “some middlemen accustomed to making profit out of such crises” of trying to spread rumours to defame the government.

Pokhrel’s interview with the state-owned news agency came against the backdrop of an interview he gave to Naya Patrika Daily that has triggered social media outrage, including accusations that his statements were “irresponsible and half-hearted”, over his repeated refusal to answer questions against charges of corruption in the procurement of Covid19 medical equipment from China.

In a related development, the Supreme Court on Thursday refused to grant a stay on a writ petition seeking safe passage for Nepalis stuck along various India-Nepal border points.

The Dhangadi-based Seti Regional Hospital started its first Covid19 test on Thursday, becoming the first hospital to do so in the region. In order to ramp up the pandemic response, the government has been assisting hospitals in all seven provinces to conduct tests for coronavirus. Bikash Devkota, spokesperson at the Ministry of Health and Population, said that at least one hospital in all provinces would soon be able to conduct the Covid19 test. Experts have been warning the government that a dismal number of tests could be the reason behind such a low diagnosis of the virus in Nepal. As of Thursday, only around 1,200 samples for Covid19 have been tested.

The government has decided to purchase Covid19 kits and other medical supplies through Nepal Army based on a cabinet meeting held on Wednesday, Republica reported. The decision was taken on the same day the government scrapped a contract with a private firm responsible for supplies of necessary kits and gears. Despite the government’s plans to increase the number of tests, health facilities across the country are reporting severe shortage of testing kits and safety gears. On Thursday, the Chaudhary Foundation and Norvic Hospital sent a chartered Nepal Airlines Airbus 330 flight to Guangzhou, China, to bring medical supplies to the country.

Nepal Oil Corporation has donated NPR 50 million to the government’s emergency fund for Covid19 response. NOC office bearers handed over a cheque to the PM’s office on Thursday, according to a press statement, to help the government's efforts to raise money for the prevention and control of the pandemic. The oil corporation, which is also the sole dealer of petroleum products in Nepal, is one of the most profitable semi-governmental firms, second only to Nepal Telecom.

NOC’s contribution to the fund comes a day after it slashed the price of petroleum products due to the decreasing price of oil in international markets. Several private firms and individuals have been contributing to the funds as the government struggles to manage a budget to tackle the pandemic.