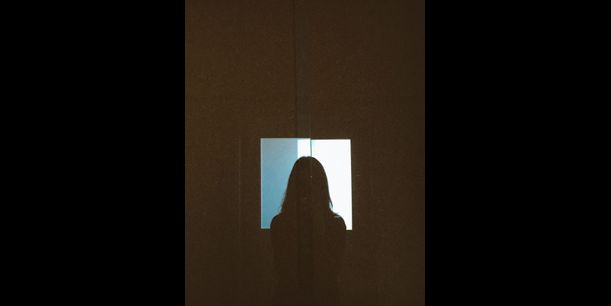 Recently, I came across this story by Naya Patrika Daily about how a girl of 13 had committed suicide because she was forced to marry her rapist. This took me back to my family law class in my 4th year of law school. We were talking about how many rape incidents in rural parts of Nepal go unreported because the case is settled when the perpetrator agrees to marry the victim in the name of protecting her family's honour. The issue invited an outrageous comment from one of my male classmates (in a class with 90% females): "Not all rapists are horrible people. If he has agreed to marry the girl, then he’s doing a favour to the girl."

Naturally, everyone in my class was outraged. We would soon be graduating, with only one year of law school pending. The classmate who made the comment was an ‘English-medium-educated’ individual from a family of educated parents. His background may not have had anything to do with his opinion, but we generally assume that someone like him would have a different outlook on such issues.

In a different context, I was reading a judgement by the Indian Supreme Court elaborating on the idea of ‘consent’ in a rape case. In recent days, the courts in India have come to an agreement on interpreting that "consent obtained on a false promise to marriage" is not a valid consent, as it has been vitiated by a "misconception of fact".

The first situation is an example of how our society continues to reduce a woman's identity to the intactness of her hymen. It comes from a mindset that the woman’s and her family's ‘honour’ is now saved, as she had only been penetrated by the man who is now her husband. We can hardly comprehend the horror of being married to a man who once violated you, ignored your humanity, your individuality, your freedom to decide. As atrocious as that sounds, it’s such a frequent occurrence in our society, that it has been normalised.

On the other hand, in the second situation, the court's activism of expanding the limited idea of consent has been appreciated by the general people and women's rights activists. The court has protected gullible women who have been ‘violated’ by these ‘horrible men’ with the promise of marriage. In this case, the women are assured a sense of ‘justice’ against the violation that has been perpetrated on them by those they trusted.

While both situations, at the outset, can be evaluated as two contrasting scenarios (disruption of justice; a heinous act versus a progressive step; judicial activism to enhance the materialising of justice), I argue that both are a result of a very toxic and harmful patriarchal mindset that still corrupts the minds of the majority.

To demonstrate this, let's look at this analogy. A man and a woman are in a romantic relationship. The man convinces the woman that he is truly in love with her and that he wishes to marry her, and he convinces her to enter into a sexual relationship with him. The woman, secure that the man is her one true partner for life, agrees to be involved in a sexual relationship. If the man, however, is found to have made that promise with the intention to only have sex, he is said to have committed a crime of rape on the ground of defect in consent. At the outset, the interpretation looks very progressive and just. It has protected women from being cheated on by men who were involved with women just for the sake of a physical relationship. It has even labelled the sexual encounter as rape--on the grounds of defect in consent.

For contrast, let’s imagine an alternative situation of cheating or adultery. Let’s take the example of a man entering into a sexual relationship with a woman by making her believe that he is in love with her, while cheating on her on the side. While it may be argued that ‘love’ played no part in their sexual affair, the women who are victims of such adultery argue otherwise. However, the consequences in this case is the man is considered “immoral”, or labelled a “casanova”.

The difference in these two circumstances is that in the first one, the woman is sexually involved with the man because she is assured that he will marry her in the future. In the second circumstance, the woman is involved because she is assured that the man is in love with her and that the nature of the relationship is emotional, a product of love, and not just a sexual one.

In both the cases, after finding out that the men were deceiving them, women feel violated. However, in the first situation, a woman has a right to file a case against the man for his actions, and he can be sent to prison for seven years under charges of rape; but in the second case, the woman has to move on and treat the incident as an unfortunate one of heartbreak.

So are the judgements that have so clearly liberalised and expanded the concept of consent in the first situation actually progressive and women-friendly?

To answer that, we need to ask the following questions:

This mindset derives from the idea that it is wrong for a woman to consent to sex with any man other than her husband or her ‘future husband’, a notion that in itself is harmful.

This willingness to consent to a man's offer of sexual relationship if the woman is assured marriage stems largely from the concepts of ‘purity’ and ‘virginity’ associated with a woman's sex life. Her upbringing, which informs her belief that she cannot be involved sexually with more than one man, essentially her husband, is what makes her consent only to the man she believes is her future husband.

This patriarchal notion does not just restrict women from taking ownership and control of their body, but also shows how they've been deprived of any power regarding the act of sex. The idea of entering into a sexual relationship just because they have been assured marriage shows how women in Nepal still believe that they owe sex to their partners--as if it were something husbands and males are entitled to. Additionally, the fear of being cast aside if they are not able to provide men with sex reinforces their decision to consent.

When we talk about the liberation of women from these encapsulating roots of patriarchy, we have not yet been able to redefine the concepts associated with ‘purity’ and ‘virginity’. We continue to sanctify a woman's hymen and associate it with her character, with the reputation of her family, with her social status. This has also resulted in situations where a woman is made to marry ‘her violator’. The situation gets even worse when she herself buys into the idea that her honour has been saved and is thus to be eventually grateful for the opportunity to marry her violator. Those who are unable to conform to these beliefs can end up  committing suicide or are subjected to lifelong trauma.

While making my point, I am not asserting the immorality of the court's judgement. Indeed, the act has provided a semblance of justice provided to the gullible women who felt violated by the acts of men. But whether we have placed our priorities in the right place is a matter of concern. ‘Virgin praising’ to this day is a widely accepted phenomenon in the most educated households. A woman's honour is still located in her vagina, and men, even now, when asked about the ‘ideal qualities in a wife’ tend to include "pure and virgin" as one of the virtues. While we shudder at the idea of women being forced to marry their violators, we tend to forget the true cause behind why this is happening. We fail to attack these patriarchal beliefs that define what a woman should do with her body and what she should not. We tend to endorse the idea that a family's honour is attacked when a woman has been penetrated. All of this reminds me of the famous statement made by Kamla Bhasin in the popular TV Show Satyamev Jayate, hosted by Aamir Khan: "Who put my honour in my vagina?”

Ojaswee Bhattarai  Ojaswee Bhattarai, a B.A.LL.B (Law and Arts) graduate from Nepal Law Campus, Tribhuwan University, currently works at Infinity &amp; Partners as a legal associate. Ojaswee is on a quest to understand society, wants to unlearn the existing norms, and redefine her beliefs. She attempts to always keep an open mind to any ideas and constructs and loves a meaningful interaction.