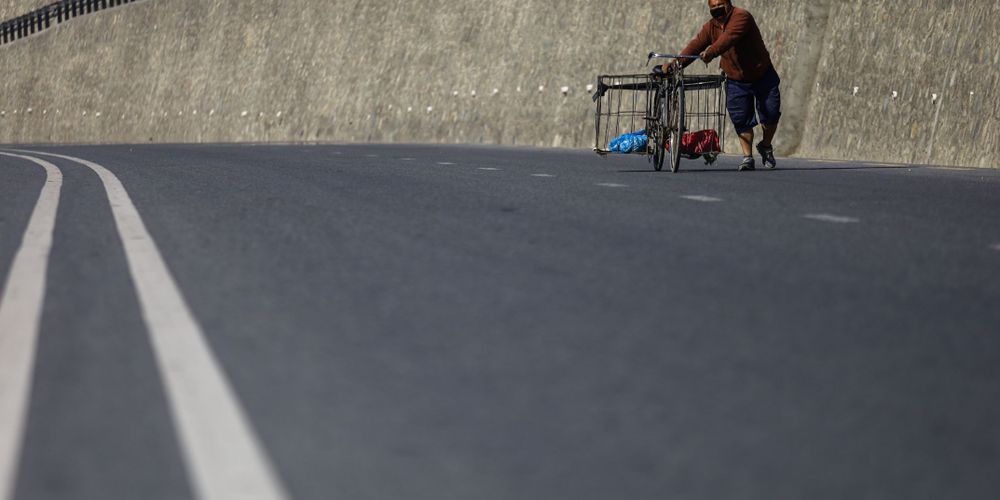 Nepal must adhere to its international human rights obligations, including its obligation to protect migrant workers and other marginalized groups, while implementing measures to protect public health amid the Covid19 pandemic, according to a statement issued by Amnesty International Nepal on Friday.

"Any measures undertaken by the government in its fight against Covid19 must be consistent with human rights, particularly the rights of marginalized groups and others who are particularly at risk in this context," said Nirajan Thapaliya, director of Amnesty International Nepal. "Furthermore, the government should put in place measures to protect people whose health and livelihoods are at risk.”

The AI statement comes at a time when thousands of Nepali migrants returning from India remain stranded at the border due to the Covid19 lockdown.

Nepali Congress president Sher Bahadur Deuba has demanded investigation into the alleged corruption in the procurement of Covid19 medical supplies from China.

“Those involved in delays and embezzlements should be fired immediately and duly investigated,” Deuba said in a statement on Friday, while condemning what has been reported widely as a case of corruption.

Deuba’s statement comes two days after the government scrapped a contract with a private firm responsible for the supply of necessary kits and gears citing delays in delivery of materials.

An infodemic amid the pandemic

The Ministry of Health and Population on Friday clarified that it has not found any Covid19 patient in Kaski district, dismissing media reports that an India-returnee had tested for the disease caused by the novel coronavirus.

“I can confirm that we have not found any case of Covid19 in Kaski so far,” Bikash Devkota, a spokesperson for the MoHP, told reporters during a daily media briefing on Friday. Experts and officials have been urging the media to apply restraint in reporting about the Covid19 but this hasn't stopped an equally dangerous infodemic of false news from spreading.

During the press conference, Devokta said that around 1,240 persons have been tested for Covid19 so far, while only 6 have tested positive for the virus.

The e-payment startup, eSewa, was a trending topic in the Nepali twittersphere on Friday after a news portal accused its CEO Asgar Ali, who is also the IT advisor to PM KP Sharma Oli, of removing a news article that was critical of the government from the site.

On Wednesday, Kathmandu Press, a Nepali news portal, had run a news report about the alleged connection of deputy prime minister and defence minister as well as the PM’s chief political advisor to the corruption scandal surrounding the procurement of Covid19 medical supplies. The news portal claimed that the news report was removed by F1Soft, a firm that handles its IT related service, while Ali is one of the founders of the company.

The allegations have sparked fresh public concerns over the privacy of data of over 2.1 million eSewa users. The editors guild, a coalition of editors, has condemned the removal of news content, describing it as an attack on free press.

On Friday, Nepali Congress leader Shekhar Koirala demanded immediate removal of Ali from the post of the PM’s IT advisor.

Qatar has announced that it will pay full salaries to expatriate workers, including those in quarantine and isolation, in a rare gesture that is likely to benefit millions of migrant workers of which around 400,000 are Nepali nationals. According to news reports, Qatar’s ministry of administrative development labour and social affairs (MADLSA) has made it mandatory for companies to pay salaries to their employees irrespective of the impact of Covid19 lockdown on business.

Workers in Qatar say that some companies are still in operation, while most workers including those working in Sanaiya, the country’s largest industrial corridor, remain in strict lockdown. On Thursday, Qatar also announced that it would cut the number of working hours from eight to six.

International students in Australia and those staying on visitor visas who cannot support themselves have no alternative but to return to their home countries, Australian PM Scott Morission said on Friday.

"Australia must focus on its citizens and its residents to ensure that we can maximize the economic support we have," ABC news quoted Morission. There will, however, be opportunities for temporary residents who are nurses or doctors, or have other critical skills that could be useful during the pandemic, according to him.

Morrison’s remarks have raised fresh questions over the future of over 100,000 Nepali students currently studying in Australia.

The Bajhang rape and murder case

A 12-year-old Dalit girl was allegedly raped and killed by an ‘upper caste’ man last week.