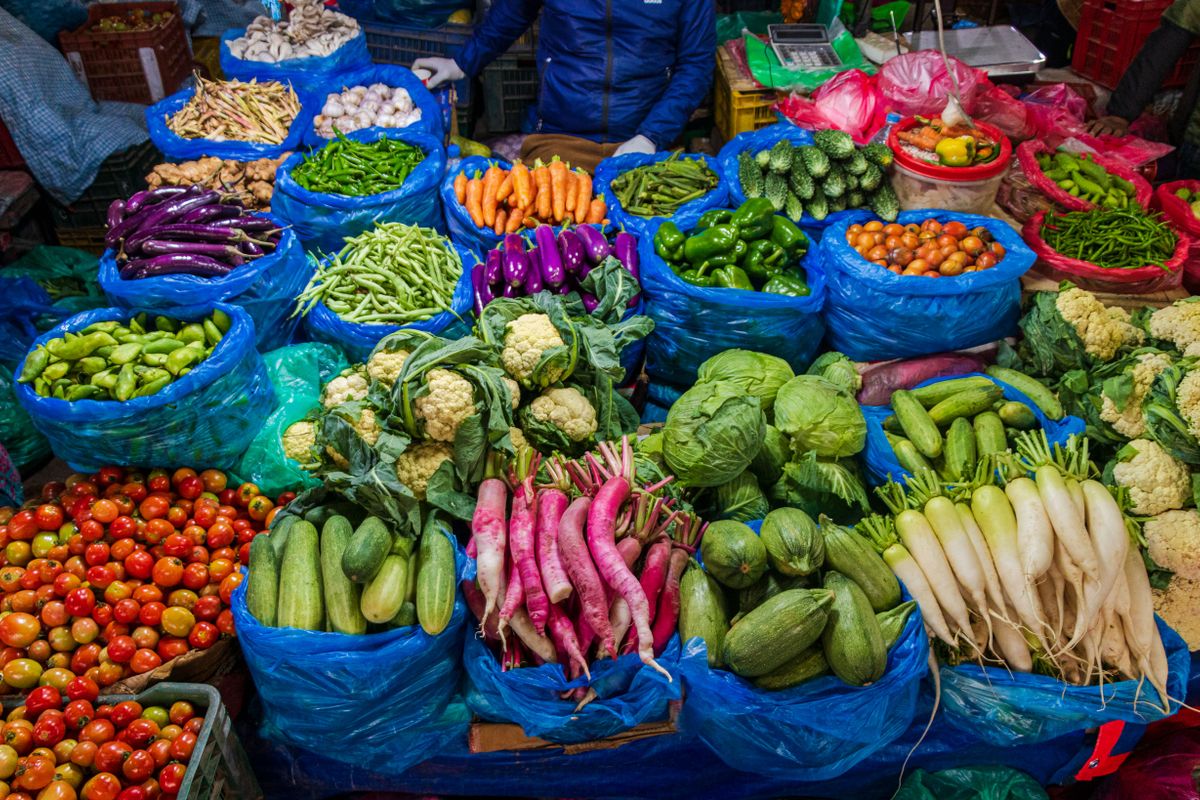 In the past decade, supermarkets, department stores, and ‘marts’ have proliferated across the Kathmandu Valley. It is not uncommon to now find a range of such large markets every few hundred meters, selling everything from fast-moving commercial goods like packaged food, toiletries, and cosmetics to fresh fruits and vegetables. There’s Big Mart, Salesberry, KK Mart, and of course, the behemoth that is BhatBhateni Supermarket.

Despite the penetration of these markets into every neighborhood, local produce markets have seen a recent resurgence. These markets are not your typical neighborhood grocery store but rather, large open-air spaces that are operated by agriculture cooperatives and house dozens of fruit and vegetable vendors. And unlike the upscale farmer’s markets that organize every weekend in Kathmandu and Lalitpur, these are humble ventures. The sellers are sometimes farmers themselves, hawking their own produce that they bring in from the nearby districts of Kavre, Sindhupalchok, and Nuwakot. Others are local vendors who pick up goods from wholesale markets like the Kalimati vegetable market or from local farmers, and sell them for a slight markup. The produce here is all local, they say, no Indian onions or Chinese potatoes.

For many Valley locals, these markets provide easy access to fresh, local produce without the hassle of dealing with the crowds at supermarkets. They also provide farmers and small-scale vendors with an opportunity to sell directly, without going through a massive chain store. According to one study, there are at least 15 such permanent markets around Kathmandu.

The Record visited a few of these markets to get a sense of what selling at these markets is like and how they’ve been doing since the Covid-19 pandemic struck. 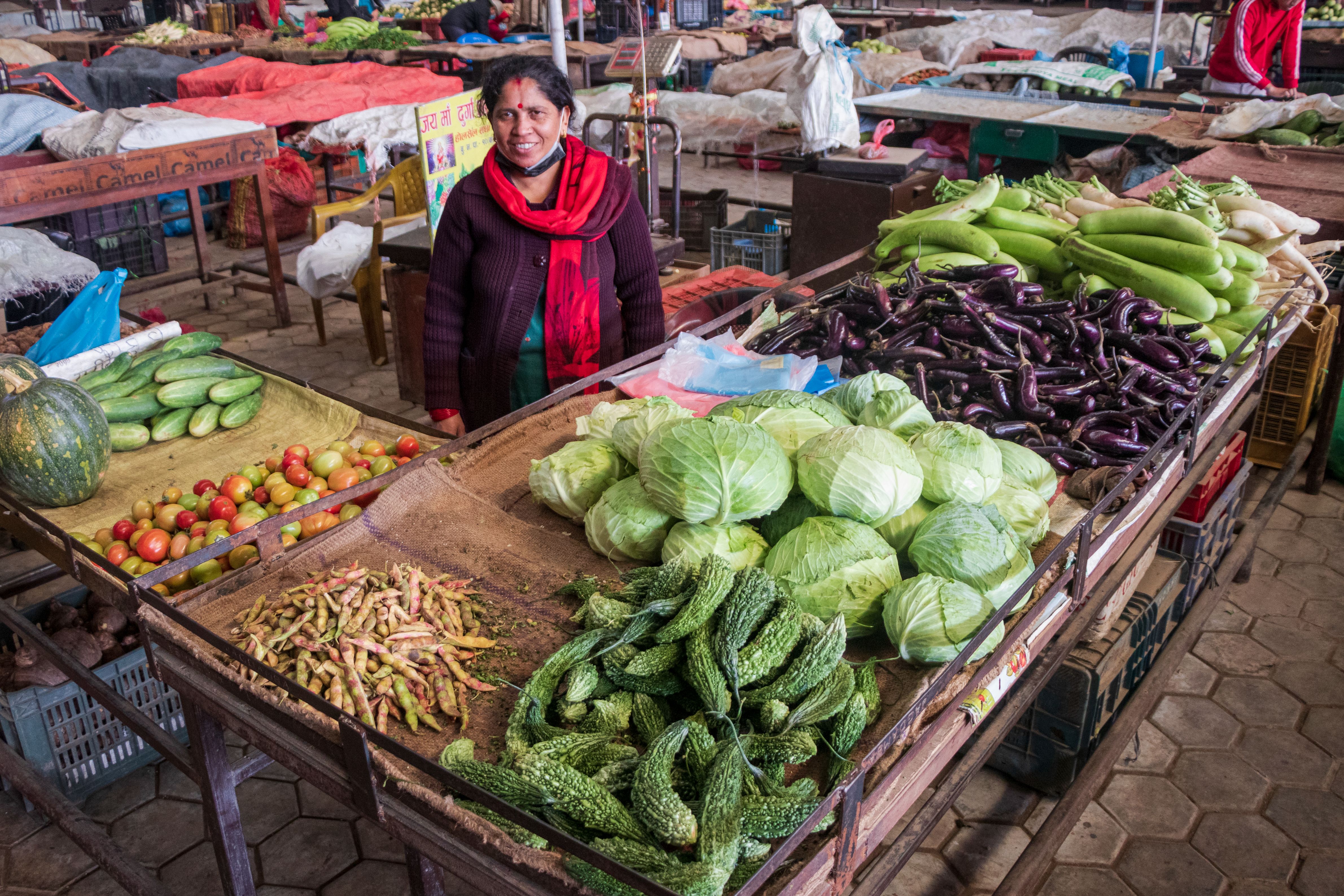 Shanti Sapkota came to Kathmandu from Dhading three years ago with her family. She sells vegetables at the Dhumbarahi market, obtaining them either from the Kalimati wholesale market or directly from farmers. She rents the space for Rs 10,000 a month that she pays to CK Lopchan Agriculture Pvt Ltd, which operates the market.

“In Dhading, I was just a housewife, waiting for my husband to come from India. When he finally came back, he decided to stay in Nepal so we moved to Kathmandu,” said 45-year-old Sapkota. “It’s not much but it keeps my family together and makes me happy.” 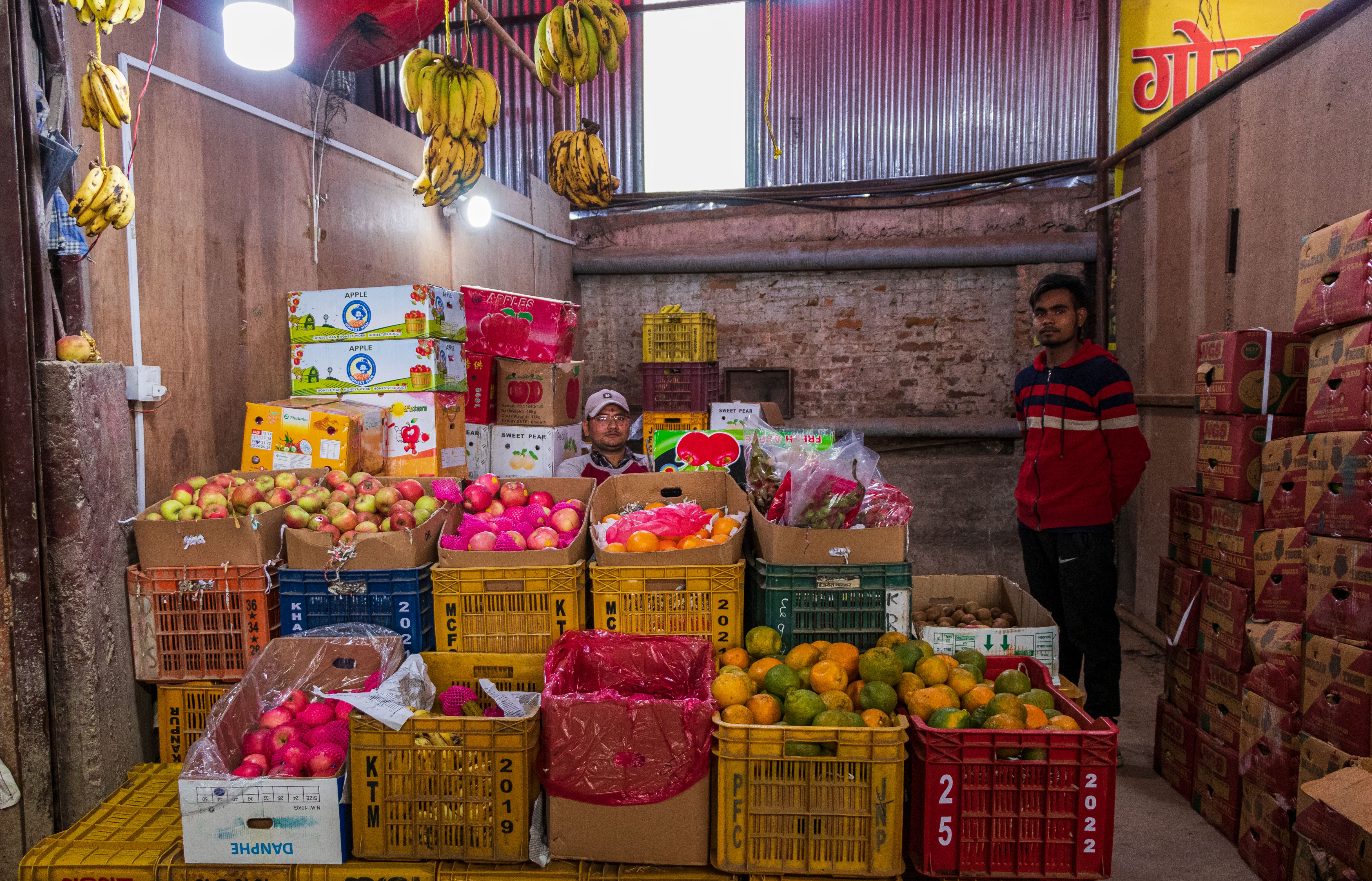 During the lockdown, these tarkari bazaars were one of the few places that the government allowed to operate despite the prohibitory orders. Thanks to this, even locals who had never visited these markets before were introduced to them.

“Covid-19 made us more known to the general public residing around the tarkari bazaar,” said 35-year-old Ram Kumar Wagle. “Back then, customers used to come every morning to buy vegetables, not only for the freshness but also to get out of the house and get something interesting to look at after being stuck at home all day. These lockdown customers still come, but only a few times a week. I give them discounts for continuing to purchase the vegetables I put out. It gives me the joy to know that they still remember me.”

Bhagwati Dulal has been selling vegetables for over two years now. She generally picks up vegetables from local farmers or the Kalimati wholesale market early in the morning and sets up shop.

“This job is enough for me. It has allowed me to be able to pay for my children's education, which is a great burden off my shoulders,” said 50-year-old Dulal. 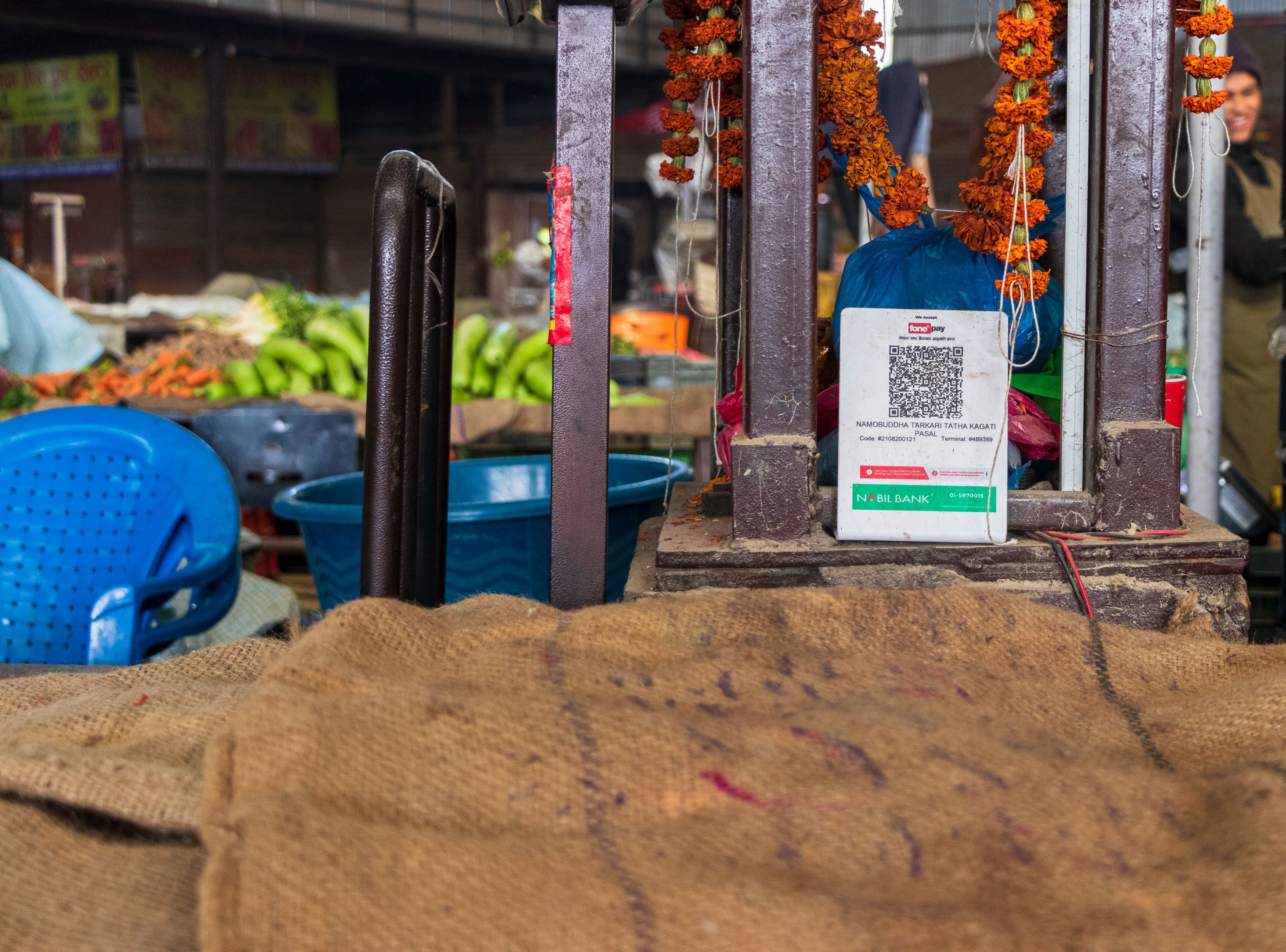 Ever since the pandemic, vendors at vegetable markets have been trying to go digital. Although QR code payments were clearly visible at Dhumbarahi's tarkari bazaar, other markets at Balkhu, Dhapasi, and even the largest one in Kalimati have yet to provide options for contactless payments. QR code payments were established at the Dhumbarahi market on March 24, 2020. 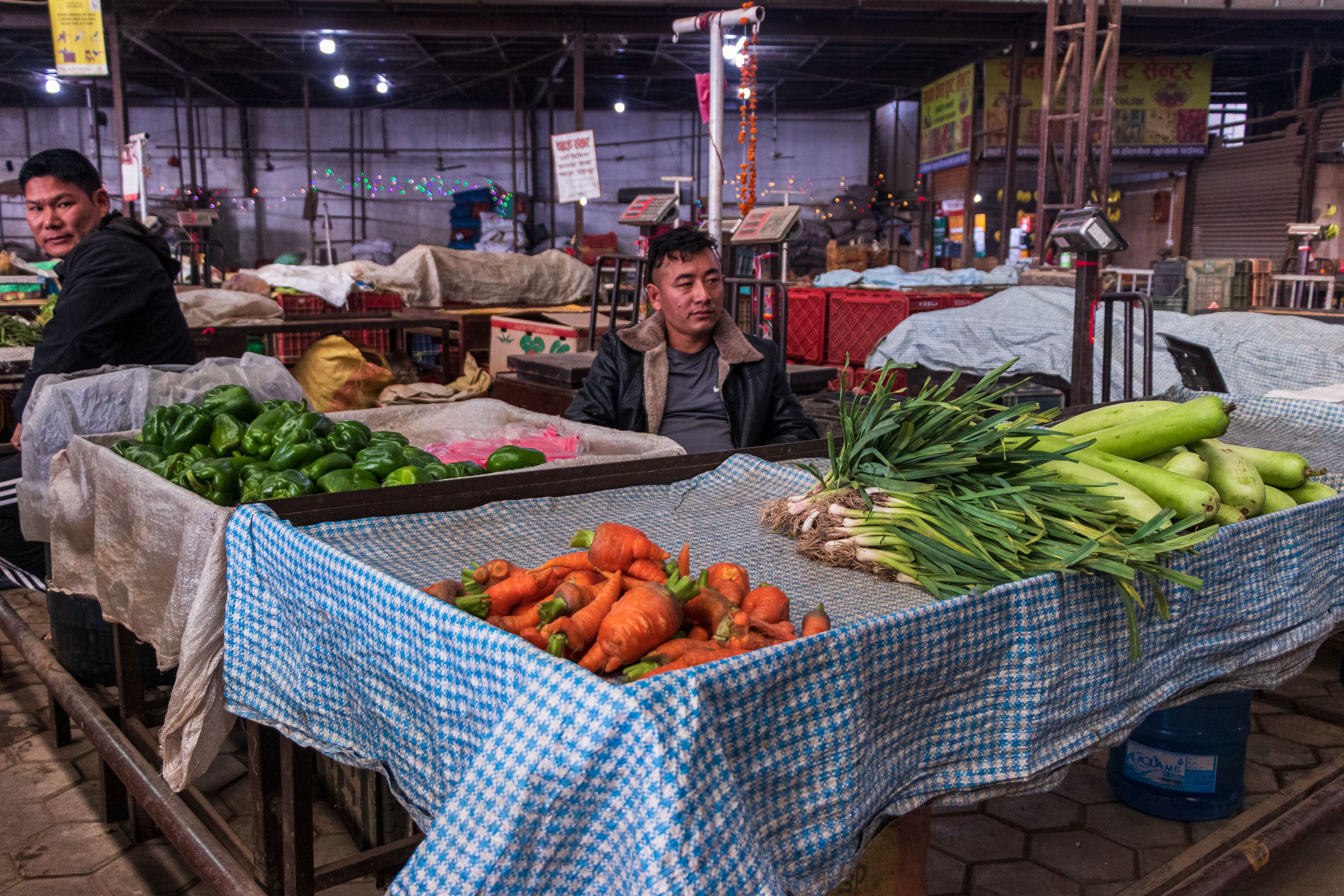 Milan Lama and his three brothers have been in the vegetable business for 14 years. He has spaces in Balkhu, Kalimati, and Dhumbarahi where he sells local produce. Lama believes that digital payments have made things much easier in Dhumbarahi, compared to the other locations.

“The phone pay method of collecting payment from customers has helped me save up,” said 35-year-old Lama. “Both my stalls in Balkhu and Kalimati still collect cash though. We have suggested starting phone pay there too but not all of us are tech-savvy, especially the older dais and didis.” 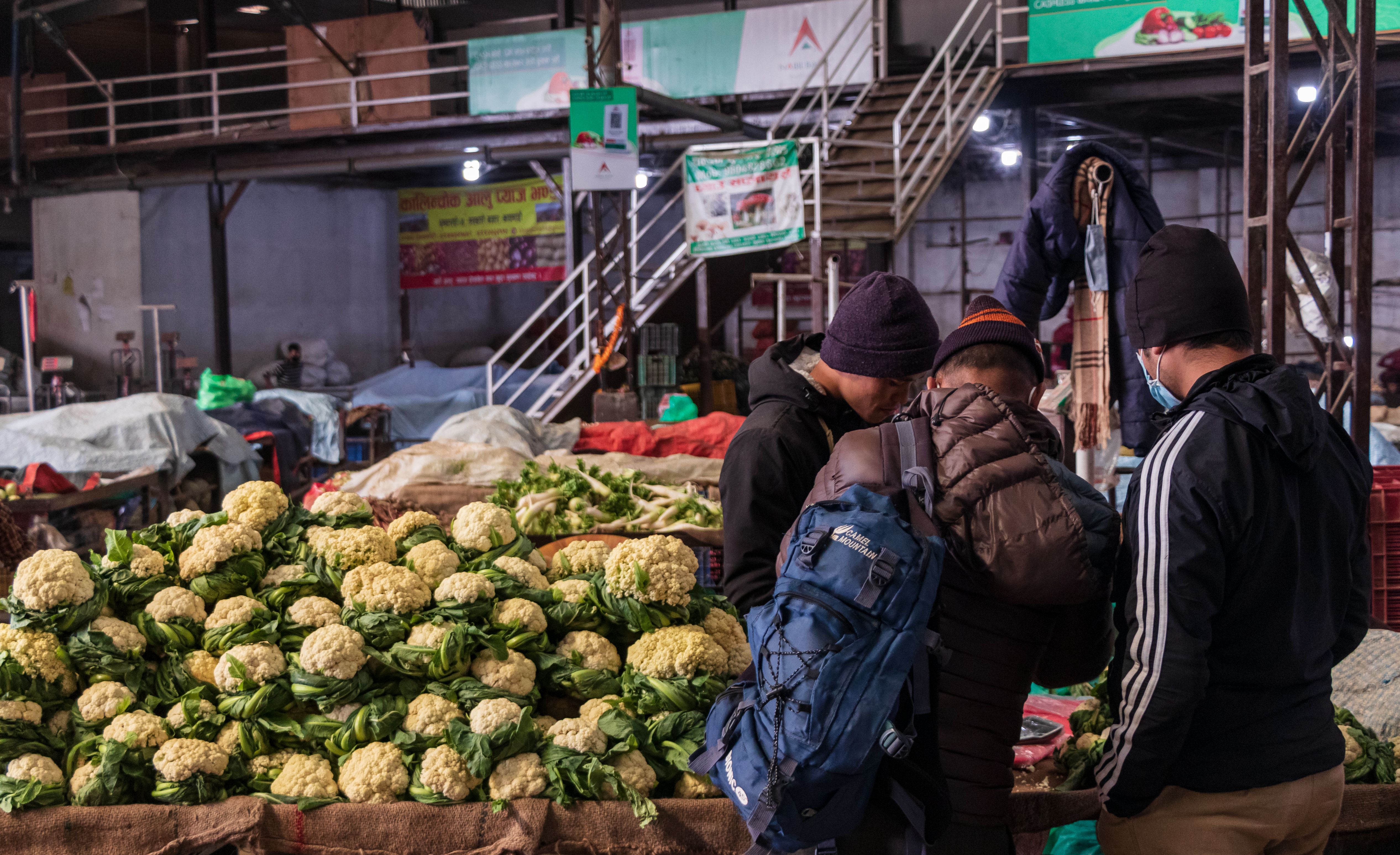 Despite the hit that the pandemic and the lockdown took on their businesses, these vegetable markets are still going strong.