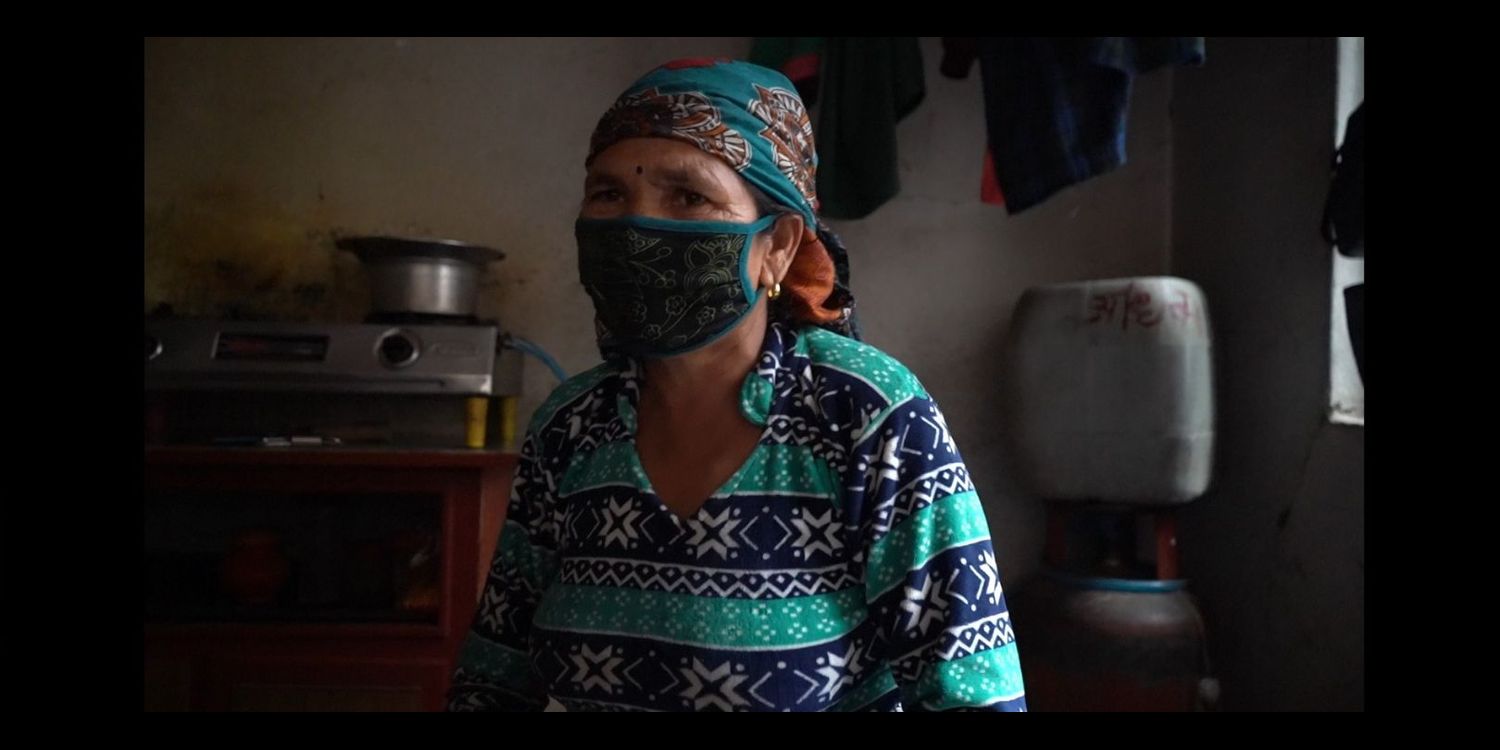 Tara Pariyar’s life was in a tailspin even before the Covid-19 pandemic.  She’d lost her husband on 19 October, 2019. He died of a heart attack at the age of 60.  The following month, she had to undergo separate surgeries for her eyes and ears. And moneylenders would frequently visit her rented room, asking for money the Pariyars had borrowed to send their eldest son first to Qatar, then to Oman, and eventually to Saudi Arabia. Weeks before the lockdown, Tara was robbed while she was on her way to her ancestral village, in Mugu, to make the documents she needed to get enlisted for the single-women allowance programme.

The Covid-19 pandemic and subsequent lockdown have only worsened her situation. A hawker who used to sell beads, bangles, umbrellas, and other items, depending on the season, around Basantapur area, Tara has not been able to work since the lockdown.

There is no food, no money and no help except for the occasional succour coming from good samaritans. Since the country went into the lockdown on March 24, Tara has spent many nights on a half-empty stomach. Her landlord has made multiple attempts to evict her from her tin-roofed room in Dallu because she has not been able to pay rent since Mangsir.

“How do we pay him when we don't have the money?” Tara, a mother of four, told The Record in an interview.

Even as a section of government officials, including Prime Minister KP Oli, maintains that the impact of lockdown is not as severe as is being reported in the media, life in lockdown has turned into a nightmare for Tara. The same stands true for many other single women, especially those from poor, marginalized, and vulnerable communities, and those without a family fortune, social-security net, and support from the government.

After the nationwide lockdown was first enforced, the government had announced a ‘relief package’ targeting the vulnerable population and businesses. The package, among other things, is supposed to provide food support for daily wage labourers, subsidies on electricity and utilities, and essential commodities sold through public corporations. Landlords were requested to exempt poor tenants from having to pay a month’s rent; schools were told not to collect fees for the lockdown period; internet and other utility-service providers were told not to cut off internet service or electricity or fine users for late payment.

The package is not just inadequate but has also failed to reach even people like Tara-- who lives around three km away from Singha Durbar, the country’s administrative hub--let alone others residing in far-flung villages.

Rather than helping single women to cope with the impact of pandemic, the government decided  to halt social-security allowances to  single women under 60 and differently abled people. The decision was later overturned in the face of public pushback. That’s why single women will continue to get NPR 2,000 every month as social security allowance.

To say that single women, especially widows with the dual responsibilities of earning for their family and performing household chores,  are living through a nightmare would be an understatement.

With the lockdown crippling nearly every sector, single women across the country have seen their source of income dry up overnight.

Radhika Rajak, 60, a single mother with three children, says that her cost of living has increased with the lockdown.

“Because I am a single mother caring for two disabled daughters, my life has always been a challenge. But it had never been harder,” says Rajak, a resident of Pulchowk, Lalitpur.

Besides their financial problems, single women are also more prone to other problems that being homebound exacerbates.

“We haven't been able to do separate research, but our experience shows that single women are more vulnerable to domestic violence from their own family members and others in society,” says Punyashila Dawadi, a legal staff of the National Women Commission.

The commission has been running a 24 hour helpline to help women suffering domestic violence. Dawadi says that the lockdown has made it extremely difficult for women to report cases of violence.

“Oftentimes, these women have to cut short their conversation when they’re lodging complaints, out of the fear of getting caught by family members. Many other women are not in a position to make a phone call,” says Dawadi.

Before the lockdown, Tara had a steady income. A seasoned hawaker, she would sell a range of items from beads and bangles to umbrellas during the monsoon season. Now, she has been forced to wait for the occasional food aid that charities have been distributing in her neighbourhood.

That is not how Tara had imagined she would be surviving in Kathmandu. Her family had migrated from Mugu to the capital around the year 2000. They had had to leave their village because during the civil war years, the Maoists had seized their family’s land and whatever money they had. Later, in 2006,  Tara herself had been injured in the Jana Andolan. After those turbulent years, Tara’s family had been finally able to find a firmer footing owing to her business and the money being sent home by her eldest son.

But then came the Covid crisis and the lockdown. Tara expects bleaker days ahead: she fears that her eldest son might have to return from Saudi Arabia owing to the ongoing mass layoffs there. Like other oil-dependent economies, Saudi Arabia stares at a looming economic crisis resulting from the current low demand for oil.

“He stopped sending money home after the lockdown started because his earnings have dropped to 200 riyals per month,” says Tara.