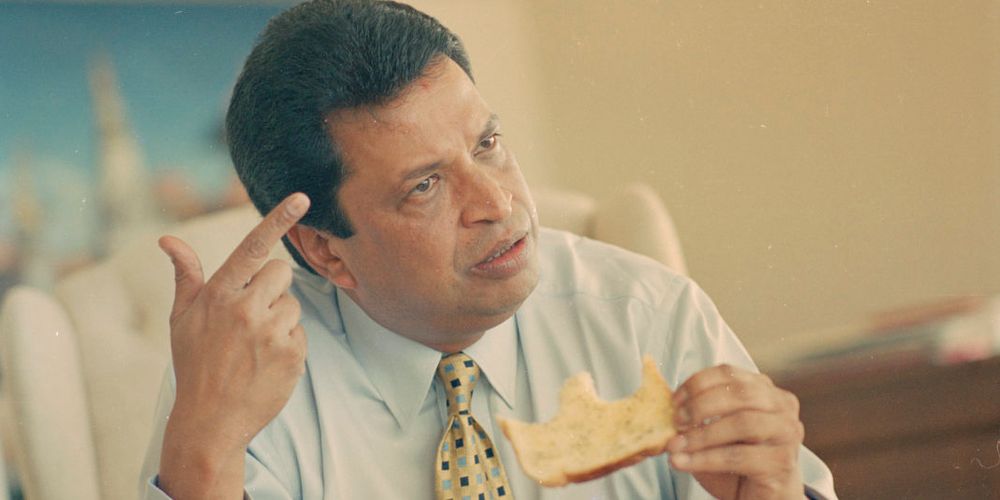 On February 4, the Nepal Telecommunications Authority (NTA) announced its decision to scrap the limited mobility service license of Chaudhary Group Telecom, citing the company’s failure to apply for renewal within stipulated deadline.

CG Telecom, a subsidiary of Chaudhary Group, had received the license in 2010, allowing it to operate telecommunication services in some parts of the country. Since then the company had been attempting to obtain a unified license which would allow it to operate services all across the country.

A day before NTA’s decision, CG Founder Binod Chaudhary had appeared in a television interview, where he accused the government of withholding his company’s telecom license for no apparent reason. Chaudhary, also a member of parliament from Nepali Congress Party, claimed in the same interview that his company’s entry into the telecommunications sector would see rates slashed by half.

In response to Chaudhary’s accusations, Information Minister Gokul Prasad Baskota has said the government is not prejudiced against anyone. Baskota then accused CG of not having done any work after taking millions of dollars from the government in subsidy for rural communications.

“They were supposed to work in 41 districts. Did they work in all these districts? They had to work in 534 VDCs, they had to install 1068 PCOs. Did they do it?” Baskota said during a weekly press briefing. “Instead of fulfilling obligations, they were trying to obtain the license by entering through the window rather than the regular door.”

Nepal Communist Party (NCP) Executive Chair Pushpa Kamal Dahal has come under fire for his comment that the late Nepali Congress President Girija Prasad Koirala would often ask him to increase paramilitary attacks against the state’s security forces at the latter stages of the insurgency.

Speaking at a war commemoration program on February 13, Dahal said, “We would talk on the phone almost every day. He [Koirala] would often tell me to increase paramilitary attacks, carry out big strikes, and attack district headquarters. It was bizarre. Such things rarely happen in the world.”

Issuing a statement, NC spokesperson Bishwa Prakash Sharma said Dahal was meaninglessly dragging into a controversy a person who had played a pivotal role in ending the war, bringing Maoists into the political mainstream and leading the peace process.

Baburam Bhattarai, an ideologue of the Maoist movement, also refuted Dahal’s claims describing them as his former boss' "well-known habit of exaggerating facts".

In a bid to meet its forecasted economic growth rate target, the Ministry of Finance has readjusted the current budget for the fiscal year 2019-20 to NPR 1.38 trillion from NPR 1.53 trillion. The ministry has also revised its revenue target which has been brought down to NPR 1.05 trillion from the initial target of NRP 1.1 trillion. The adjustment was made in the wake of the World Bank’s report that the government was falling far short of meeting its estimated growth rate of 8.5 per cent. The already revised growth rate of 7.1 per cent, however, has been kept unchanged.

Speaking at a program in the capital on Wednesday, Finance Minister Yuwaraj Khatiwada said the government was on the right track to achieve a growth rate of 8.5 percent which he had predicted during the budget announcement.

For the second year in a row, Khatiwada has revised targets after his original revenue and expenditure estimates faltered midway. Critics say the minister was rewriting rules to show his tenure in a positive light.

All eyes are now on the State Affairs Committee of the Legislature-Parliament after one of its task force sought an investigation into properties of former chief of Nepal Army Rajendra Chhetri after reviewing several complaints against him.

The committee had received many complaints related to corruption and financial irregularities against Chhetri, who served as NA chief from September 2015 to 2018, from whistleblowers, including some from within the NA headquarters.

Some SAC members have stood in favour of recommending a full-fledged investigation into the matter. If that happens, it would be an unprecedented move that could have far-reaching consequences. No acting or former army chief has ever been tried for corruption. Anti-graft bodies like the Commission for Investigation of Abuse of Authority and National Vigilance Center do not have the authority to investigate into corruption within the Nepal Army.

After a week of disrupting the House over the CIAA’s indictment of its deputy president Bijaya Kumar Gachhadhar in the Lalita Niwas case, Nepali Congress party has said it will now seek a legal battle.

Speaking at the Parliament on February 11, NC Whip Pushpa Bhusal said her party was calling off the obstruction of the House and would now challenge the CIAA decision in the courts.

Gachhadhar was one of the 175 individuals named in a charge sheet by the CIAA for involvement in the illegal transfer of the state-owned land to private individuals. The scam involves the illegal transfer of 299 ropani of government and Guthi-controlled land within the vicinity of the prime minister’s residence in Baluwatar to various individuals. The land deal also included the transfer of 3 ropani and 10 aana of land located on the premises of the Prime Minister’s residence, and 2 ropani and 14 aana of land on the premises of the residence of the Supreme Court chief justice to private individuals.

On Friday, a single bench of Supreme Court Chief Justice Cholendra SJB Rana sought a written clarification from the CIAA over its decision not to file a case against former prime ministers Madhav Kumar Nepal and Baburam Bhattarai under whose rule the transfers were made. The apex court sought the clarification after a hearing on a writ petition filed by senior advocate Balkrishna Neupane who had argued that all those involved in the cabinet decision should be punished for illegally transferring state property.

Thakur Gyawali is the new chief of Nepal Police. Gyawali, one of the three DIGs in contention for the position, was promoted to the post of inspector general on Tuesday, a day after his predecessor Sarbendra Khanal retired from the post. Gyawali will remain at the helm until July 8 when he too will face retirement after completing the maximum 30 years’ service. Khanal, along with three AIGs and 18 DIGs, retired on February 12, 2020, after completing 22 months in his position.

Nepalis evacuated from China will have to spend around two weeks in quarantine before being allowed to reunite with their families. On February 15, 175 Nepalis were evacuated from Wuhan, the epicenter of the Nobel Coronavirus outbreak, that has claimed more than 1,500 lives so far. They have been kept in a Quarantine centre at Kharipati, Bhaktapur.

In related development, authorities have ruled out fear of Noble Corona outbreak in Sindhupalchowk where an entire village has been taken ill due to Corona-like flu. A team of health experts deployed upon a formal request of the municipality has claimed that the villagers were most likely suffering from regular flu.

Prime Minister KP Sharma Oli has said that his first two years in office were successful in laying the foundation to steer the country towards prosperity and development.

He claimed the construction sector was facing a shortage of workers due to the recently introduced employment scheme. He also took credit for blacktopping more roads and building more bridges than any other governments in recent years.

The prime minister said improving indicators on every front, including economy and governance, were proof of the good works his government was doing.

Oli also accused his critics of treating his government unfairly and questioning its intention in every decision taken. He claimed he was defamed as someone who had gobbled up the Lalita Niwas land.

"In reality, I was the one who actually brought back the land, "said Oli.

Despite the prime minister's claims of a successful tenure, not many -- including leaders from his own party -- are happy with the government's performance.

On February 14, NCP Co-Chair Pushpa Kamal Dahal publicly said the current government's failure to deliver on its tall promises was giving way to widespread frustration across the country.

The former bureaucrat and 2017 Kathmandu mayoral candidate reflects on running as an independent and what independents and smaller party candidates bring to the table.