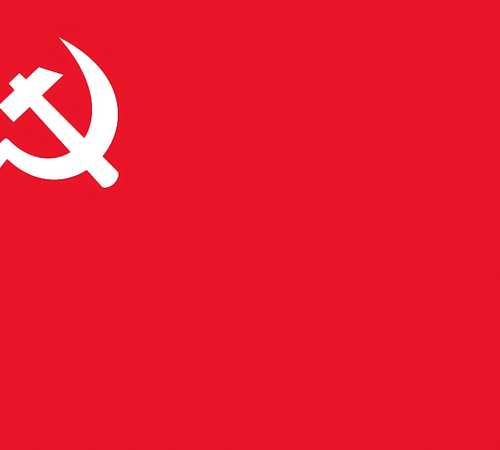 The Nepal Communist Party’s (NCP) political settlement, reached a month ago through an agreement between the party’s two chairmen, has failed to settle the long-running conflict between its factions. The power struggle in Karnali Province had laid bare the fissures in the hastily manufactured party. To many political analysts, these developments come as no surprise. They had prophesied the party’s eventual disintegration given the lack of a binding ideology or party integration at the grassroots. As such, the constant power scuffle between the two chairmen not only fails to surprise many but also provides yet another testament for the party’s eventual disunity. However, political analysts have so far failed to explain how this party, manufactured in haste through clever opportunism rather than careful deliberation, has continued to remain united even as the top leaders get into a deadlock every week or so.

The best explanation probably has to do with party size. The NCP is obviously a much bigger party than the UML and Maoists combined. In other words, the whole is bigger than the sum of its parts. This is primarily an electoral outcome, but with electoral power comes the need for the finances and other particulars  required to assume and maintain power. As such, the benefits that both NCP factions derive now are more than they would be able to reap individually. And given that their electoral mandate primarily relies upon this unity to provide the “political stability” they had promised, disunity would be costly. The individual power they would wield after disintegration would be much less than they did before they united.

We can compare the NCP with the coalition government that was formed immediately after the promulgation of the Constitution. In both cases, the actors and their motivations have not changed. Back then, KP Oli became the prime minister and entered into a ‘gentleman’s agreement’ to transfer power to PK Dahal in nine months. Once the agreement was gutted by Oli, Dahal ousted him and entered into an agreement with the Nepali Congress. At the time, the coalition between the UML and Maoists was beneficial to both the parties, but those benefits did not massively outweigh those they could gain individually. This made breaking the agreement and the coalition far more convenient. But now, the benefits of unity are far bigger, and with that, the cost of disunity is bigger still. One could thus argue that owing to this cost-benefit calculation by the factions, the NCP’s unity is not tenuous at all, especially if they continue to obtain benefits from the unity. If anything, it is unlikely the NCP will break the way they came together--as two distinct parties. What is probably more likely, if there’s disunity, is that a much smaller faction will leave the party. That is also only likely if that particular faction is negated outright in the larger party.

At the grass-roots and lower rungs

A fissure in the party could also occur at the lower rungs. Analysts contend that the party is only united at the top, and that the UML and Maoist cadres at the local, district, and regional level have never been united. In fact, the party continues to function at the behest of a nine-member secretariat headed by the two chairmen. This setup is often dysfunctional. The recent escapade in Karnali Province shows there is a similar lack of unification at the lower rungs.

In a recent interview on Kantipur TV, NCP leader Madhav Kumar Nepal was asked why Bamdev Gautam, who was defeated in the last parliamentary elections, was nominated to the National Assembly. “Did it not betray the public’s mandate?” the interviewer pestered. Nepal sulkily replied that Gautam was unfairly “defeated by internal betrayal” and went on to proclaim that “discipline should be central to the cadres of communist parties, unlike with other political parties.” He meant that the cadres are to follow whatever the party leadership decides, without question. Ironically this was coming from a man whose clout in his own party had receded considerably and  who is often in the news for writing successive “notes of dissent”. Yet, it seemed his allegiance had not wavered despite being sidelined for most of the NCP’s current tenure. His actions are thus consistent with Nepal’s communist tradition, which he vouched for in the interview. He is a cadre and he will follow the orders of “PK and KP”. Broadly, through his tirade, he was hinting at the need for top-down organization and control in the NCP.

If this form of organizational structure, which has been the modus operandi of communist parties in Nepal, continues to remain in place, it is difficult to see how cadres at the grassroots or the lower-rung will cause a substantive defection. Besides, the benefits of unity are substantial for the lower rung too. It could be that these benefits, primarily enjoyed by the party leadership, do not trickle down to the lower rungs. If that’s the case, the unity will be contingent upon the NCP secretariat adequately bestowing benefits to their cadres. Otherwise, the top-down organization might not be able to conserve party unity.

This is where the essential nature of Nepal’s political economy comes to the NCP’s aid. As has been adequately discussed elsewhere regarding Nepal’s polity, in Nepal, the aaphno manche culture reigns supreme. For most NCP’s cadres, as is true of members of other political parties in Nepal, more than the benefits they’ll get from the implementation of their party’s agenda, they are looking for assurances that their manche is in power and is accessible to them when called upon. In Nepal, political parties, just like every other institution, have been built around this culture. There is not enough evidence to suggest that this culture will crumble right now. This base reality further bolsters the argument that the grassroots and lower-rung won’t engineer a defection.

Analysts also argue that the NCP will splinter because it lacks a political ideology. Ideology is indeed particularly important for political parties, as it provides the guiding principles going forward.  However, the analysts miss two things here. First, two political parties that identify themselves as communists and that grew up reading the Communist Manifesto are bound to have similar ideologies. Even if they might not agree on the methods of seeking power (the issue on which Nepal’s communists have debated and dissented most on) or the programme they will implement after coming to power (here too the UML and Maoists have previously disagreed), they have always agreed on the organizational structure of the political party.  As I argued earlier, both the UML and Maoists were run through similar top-down approaches of organization. Two entities with distinct organizational cultures might find it difficult to merge even though doing so would help both obtain huge benefits, but that is not a constraint for two parties with similar organizational approaches.

Second, it is neither necessary nor sufficient for a political party to have a particular ideology. It makes it convenient for voters to choose a party, but an ideology is not a primary requisite for a political party. In fact, the minimum that a political party requires is that its members have shared interests. And both the factions and their cadres in the NCP have always harboured the ambition of attaining political power. Essentially, communist parties across the world have manifestly made acquiring power their end goal, for which different means can be used. After attaining power, some go on to implement popular social policies but this is not a guarantee. While the motivation to acquire power is a norm in communist parties, implementing popular social policies is an aberration.

The UML faction has over time come to see Prachanda as an unstable politician, and they argue that Prachanda’s adventurism is a potential source of party disunity. For UML leaders, Prachanda’s instability is self-evident. In the past decade, he has, time and again, formed a coalition government with the UML, only to later defect and form a coalition with the opposition. However, this instability, instead of buttressing the case for disunity, further bolsters the case for lasting unity. The last bout of adventurism Prachanda showed was while he was firing the Army Chief when he was Prime Minister. Ever since, his political decisions have been characterized by pragmatism rather than adventurism. He has always sought coalitions that either increased his power or kept his relevance intact. It’s thus not likely that he will risk defecting, given the costs disunity would have on his own political ambitions.

Often, political parties and coalitions succumb to disintegration due to the unbridled ambition of the leadership. This case cannot be ruled out. Going by his actions, Oli has seemed like the leader who prioritizes centralizing more power, over governing with the power at hand--even when centralizing more power is unnecessary. As the saying goes, “power corrupts”, and it is likely that Oli will be the one who is more adventurous and who will seek to consolidate power, even though that might risk party disintegration. However, such a disintegration comes with unavoidable costs--even to Oli.

In sum, the NCP’s persistent troubles are much smaller compared to the benefits of unity and the costs of disunity. And history suggests this unity is as solid as any we have seen in yesteryears. However, history is never a good predictor of future outcomes. And there could be other sources of disunity than the ones discussed above. One of them could come in the form of a challenge from the opposition. However, up until now, the opposition has seemed bereft of ideas, and it is unlikely it will soon mount a significant challenge that will swing the electoral fortunes. With the electoral advantage intact, for the NCP, the benefits to be derived from remaining united will seemingly not diminish.

Besides, the hysteria for political stability and NCP unity has not decreased, either in Nepal’s myopic civil society, which seeks to keep “political stability” intact at all costs, or in the external power blocs, including China. India might have been angered by the unity initially, but it has come to accept it as an evident fact. Recent movements from India, in the context of worsening Sino-India relations and the consolidation of US-India military relations, might cause some changes. But it is still unclear how these will affect the NCP. For now, the semblance of political stability will generate both the mandate and the money needed to ensure the spoils can be shared among the winners, and for the unity to last--at least as long as the electoral mandate remains with the NCP.