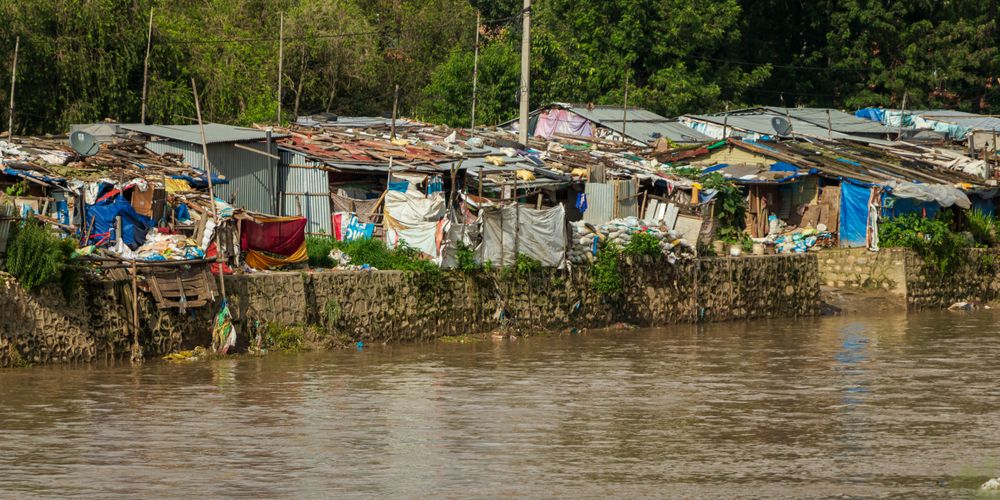 Monsoons mean sleepless nights for Uttar Maya Tamang. Whenever the rain starts pattering on her roof, she is up and anxious, worried that the rain will bring down her roof.

"I haven't slept for a month now. The monsoon rain always keeps me awake at night," said 48-year-old Tamang, resting her back against the thin bamboo walls of her makeshift hut.

Tiny holes in the tarpaulin roof spill beams of light into the shadowy interior that contains her bed and some empty fruit boxes. At night, she lies wide awake, watching the water trickle down through the holes in her roof and splash into a knee-deep pool, flooding her home.

"I worry that the river will flood and wash away my cow as well," said Tamang, who has settled downstream from the Balkhu bridge. "We live near the river’s edge so the rising water could sweep it away."

When the floodwaters begin to engulf her bed, Tamang and her family wade out the door. A family of five, which includes Tamang's husband and three children, clamber up the Balkhu bridge with her cow and pray helplessly as their home sinks into the pooling rainwater.

Abandoned by the government and harassed by monsoon torrents, the Kathmandu Valley's slum dwellers lack shelter when they need it the most. And now with Covid-19, their lives have only become harsher. 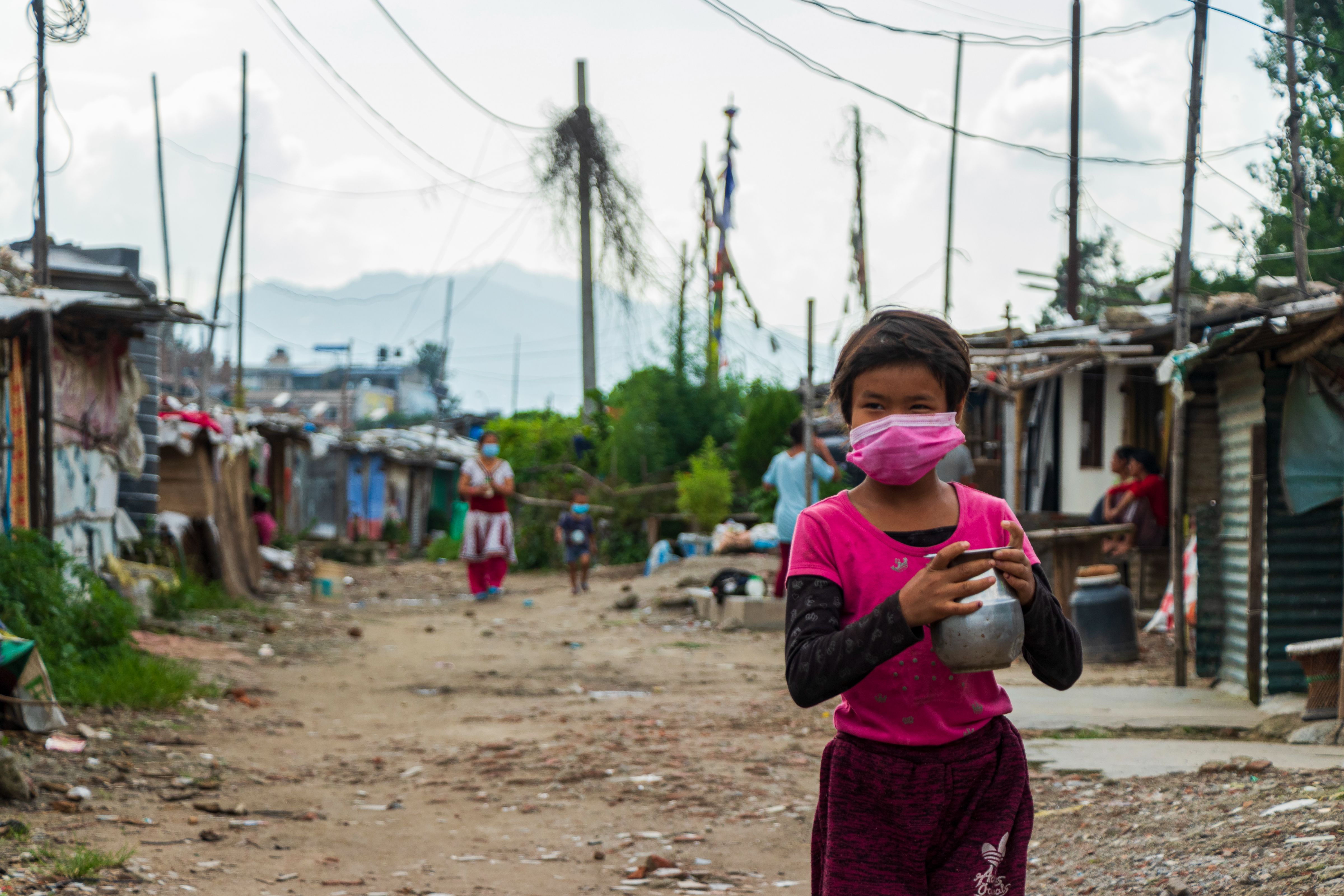 "I hope the government will relocate us to a better place where I can sleep in peace at night," said Tamang, who has been living in a makeshift hut for the past 18 years. Before living on the riverbank, she lived in a similar hut in Balkhu. But the land belonged to a school, and when construction for a building began, her family had to move.

Tamang worked as a fruit vendor and her husband as a guard at the school on whose premises they used to live. After being asked to leave the property, he hasn't held a steady job.

Like Tamang, 39-year-old Renu Pariyar lives in the Thapathali basti by the Bagmati river. Pariyar’s story is harsher. Her husband was the only breadwinner of the family but he got into an accident while working construction last month, leaving him handicapped.

"Last year, the government gave us some handouts. We got eight to ten kilos of rice, one kilo daal, half a liter of oil, and a packet of salt. But this year, there is nothing," said Pariyar, a mother of three.

Pariyar and her family of six members now depend on food distribution programs organized by NGOs to sustain themselves.

Many slum dwellers like Pariyar and her husband, who work as construction workers, cleaners, painters, and other labor jobs, have been unemployed since the lockdowns began last year.

Shravan Sharan Lama, 31, too has been struggling to find a job since the pandemic started.

"I go wherever I find work but nowadays, jobs are scarce. I do painting and construction," said Lama, who also lives in a slum on the banks of the Bagmati river. "We received some food handouts during the lockdown. That is what we eat as we wait around for things to get better. The only thing the government has done is make things worse by bulldozing our homes nine years ago."

In May 2012, government-sanctioned bulldozers tore down 251 squatter houses on the banks of the Bagmati river. Many who had already built concrete settlements had their homes reduced to rubble. However, the settlers rebuilt their homes and have continued residing on the riverbanks as the government failed to provide alternatives that met their needs for housing and employment.

According to a Kathmandu Post report, the Nepal Landless Democratic Union Party recorded 29,000 people as landless and living in 73 settlements across the Kathmandu Valley in 2012. Out of the 29,000, around 8,000 live on the edges of the Bagmati river. Furthermore, 1,082 squatter families had also been registered in 2012. The data reveals that 80 percent of the squatter populace risks their lives by residing on river banks. But there’s little the government has done to ease their lives.

Instead, many who live in the slums worry that the government will take away their roofs.

“At any moment, they might destroy our houses whenever they please," said Lama. "All we want from the government is that this area be made floodproof and that we are given permanent permission to live here."

The National Disaster Risk Reduction and Management Authority (NDRRMA) reported that this year's monsoon would bring more destruction than last year. Incessant rain in June has already resulted in multiple deaths and hundreds displaced across the country due to destructive floods and landslides.

The rains are predicted to worsen in July, which is worrying news for people who live in slums like Lama. The previous year, water flowed into the slums from all directions and completely swallowed their huts, said Lama. To safeguard his belongings, Lama places them in places where the water cannot reach, like on top of a cupboard or table, but once the waters become overwhelming, there's little he can do. 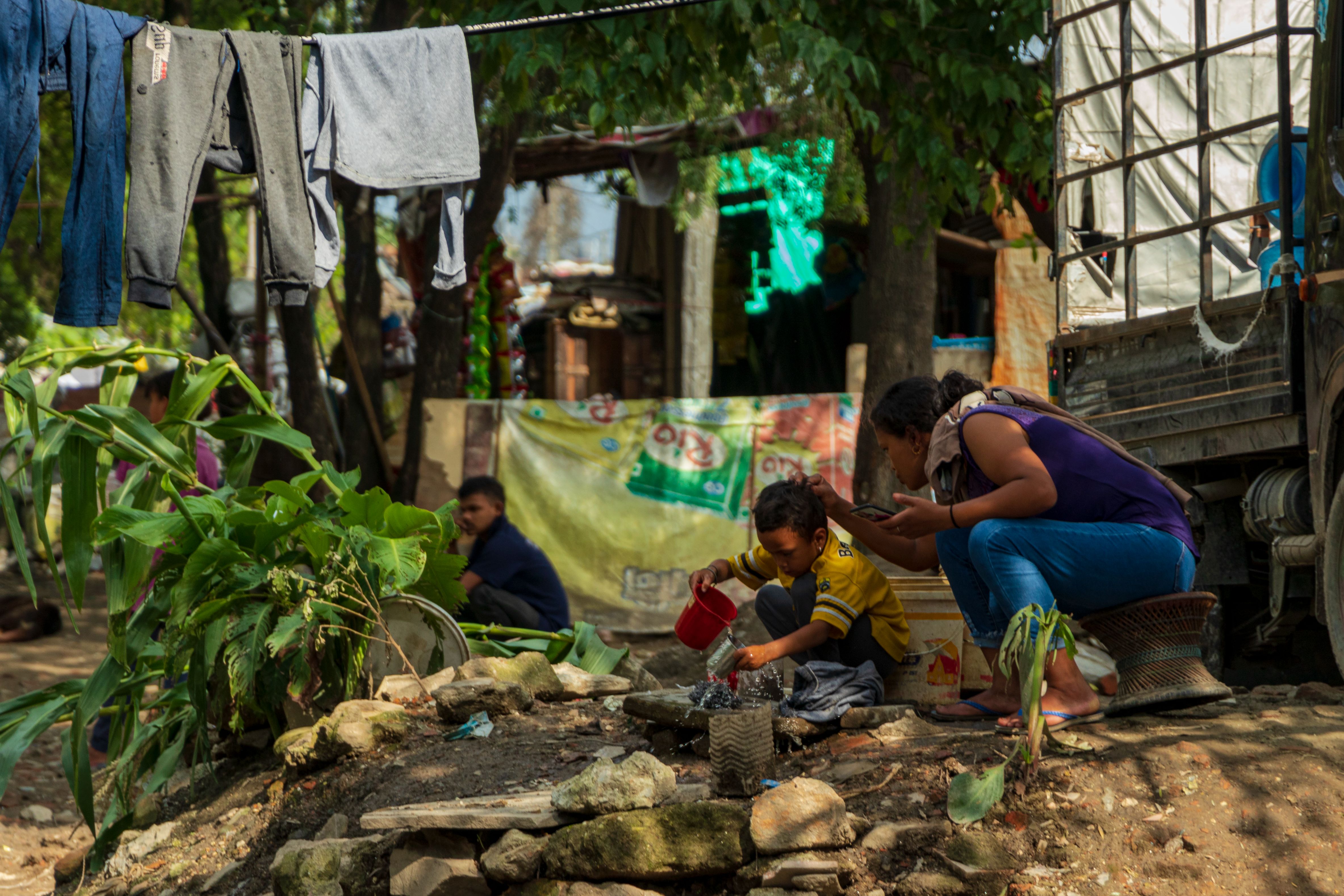 Adding to their woes, the torrential rain also brings with it sewage and garbage. The lack of toilets and proper sanitation facilities have only worsened the misery of slum-dwellers, and this year too, they are underprepared to face the flood.

"Once the rain stops, we drain the place with buckets and salvage what we can," said Lama. With no help forthcoming, that is all they can do. 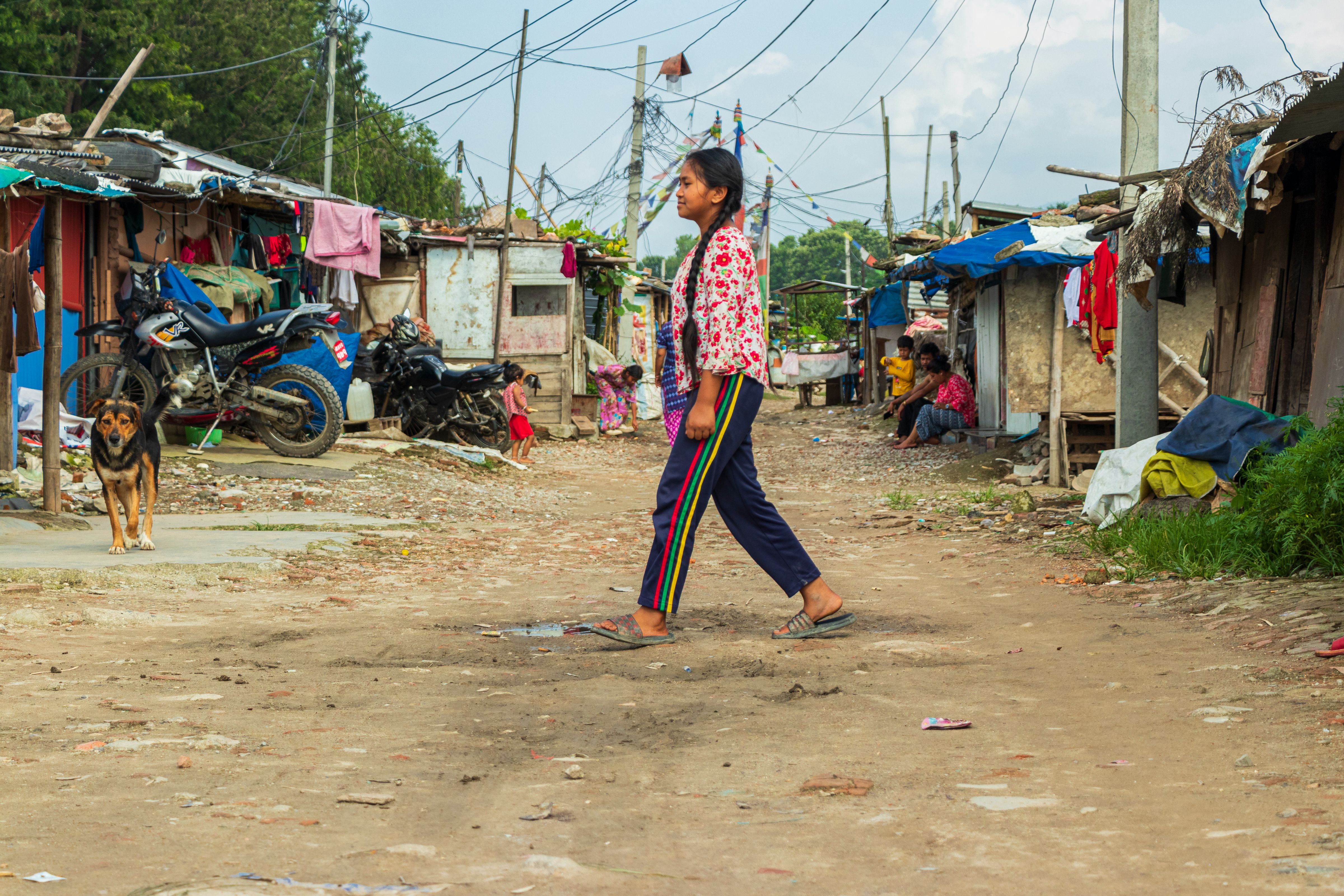