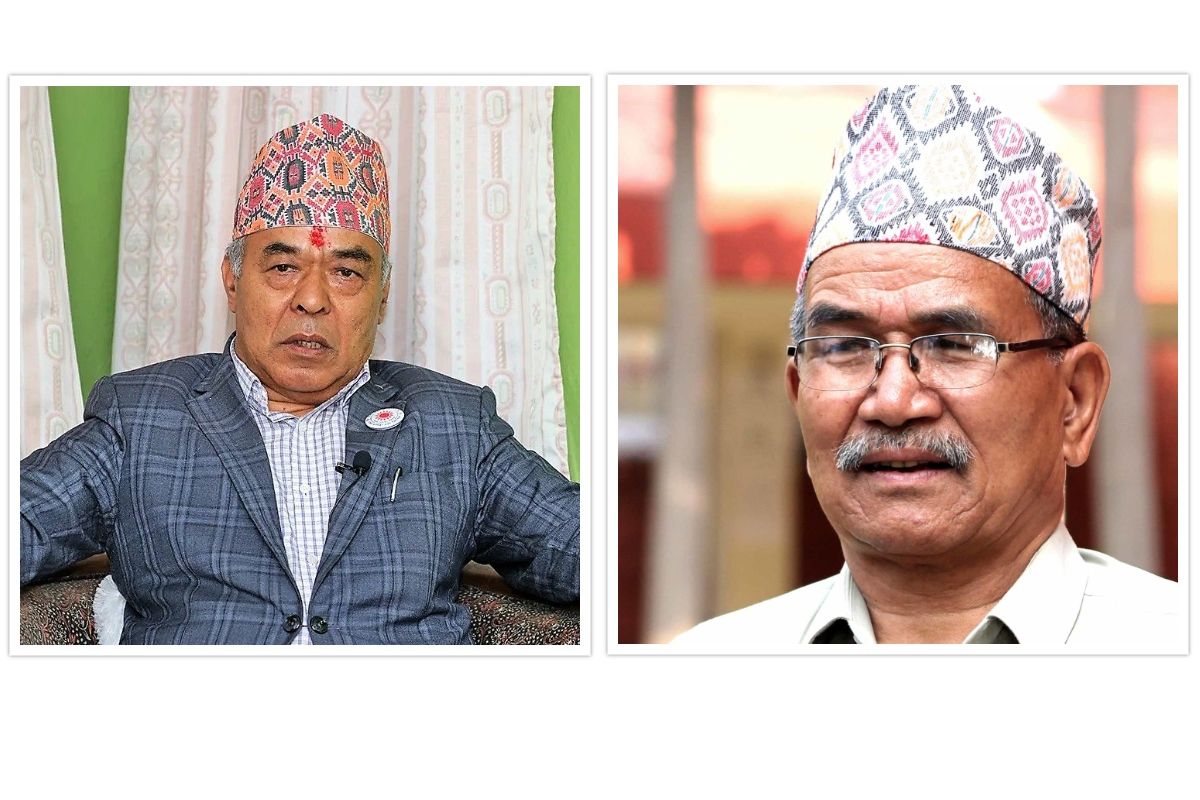 On Friday, May 13, Nepalis will be lining up to cast their votes for the second local elections since the country adopted a federal governance system in 2015. With just a few days left for election day, all eyes are on the candidates running for mayoral positions, especially in the two metropolises inside the Kathmandu Valley: Kathmandu Metropolitan City and Lalitpur Metropolitan City.

While Kathmandu candidates have received their share of the limelight, The Record takes a look at two of the frontrunners for mayor — among a total of 14 candidates — in Lalitpur Metropolitan City.

Lalitpur’s former mayor Chiri Babu Maharjan gained a lot of popularity during his five years in office. Riding on the goodwill, the Nepali Congress has put forth Maharjan as a mayoral candidate for the second time.

A Nepali Congress member for three decades, when Maharjan assumed office in 2017, he was not completely new to the leadership role. He had been elected ward chairperson from Lalitpur Municipality’s Ward No. 3 three times prior, in the 1981, 1987, and 1992 local elections.

But as the position of mayor had been vacant for 20 years, Maharjan faced many difficulties. There were no laws in place or any semblance of a roadmap on how the local government was supposed to work.

“To do anything, we need laws in place. When I took office, there were no laws. The number of Congress members in the local government was just 9. We were a minority, which also made things difficult,” Maharjan said in an interview with Sanjay Silwal Gupta for his YouTube channel On Air with Sanjay.

But despite the difficulties, Maharjan got to work and during his tenure as mayor, he won plaudits. Maharjan has been appreciated for resolving many small but persistent issues that a metropolitan city faces — waste management, maintenance of roads, renovation and rebuilding of heritage, and turning Lalitpur into a cycle city.

“I am very satisfied with the work I have done as mayor for the past five years. The promises I had made in my manifesto, I think I have fulfilled. The real success for me has been the overwhelming support I have received from the people,” said Maharjan in the same interview.

Maharjan was also able to garner a lot of appreciation from the public partly due to comparisons made between him and his Kathmandu counterpart, Bidya Sundar Shakya, who performed quite poorly as mayor, making one big promise after another but failing to get any work done.

In five years, Maharjan has built 32.5 km of cycle lanes in the metropolis. He has installed 669 solar-powered lamps across the metropolis, with news of 1,100 more being installed. Maharjan also worked to beautify the city by constructing 12 parks and reviving 77 water spouts in the district.

But like most politicians, Maharjan has also made lofty promises, such as constructing flyovers in the metropolis, which never materialized. If re-elected, Maharjan promises to see that all the work he started is completed.

Opposing Maharjan is Hari Krishna Byanjankar of the CPN-UML who has again submitted his nomination for mayoral candidate of Lalitpur Metropolitan City after losing to Maharjan in 2017. This time, he believes the results will be different.

“Citizens have not felt any change in the field of health or education. There is a lack of good governance. The mayor has implemented only his own projects without listening to the advice of the council. Citizens have come to understand the need for a better candidate to develop the city,” said Byanjankar in an interview with The Record.

Byanjankar too is not a new player in the game of politics. He has been active in almost every political movement within the country since 1989. He has worked as secretary of the UML’s district committee since 1992 and has been vice-chair of the district committee since 2009. He was even active in the protests against the Tanakpur treaty and the revolt from Lalitpur after the death of Madan Bhandari and Jibraj Ashrit.

Byanjankar has time and again explicitly mentioned in his interviews that he is a man of his word and he will not make tall promises, unlike past mayors.

But when asked about the various ambitious projects of the Oli government that never saw the light of day, Byanjankar said, “Some things take time.”

In his manifesto, Byanjankar has highlighted the major problems of Lalitpur citizens to be a lack of drinking water, lack of infrastructure, and waste management. Byanjankar says that he will “utilize the budget efficiently with the help of skilled manpower” and has plans to convert waste into fertilizer.

To appeal to voters, Byanjankar is using his past achievements and his adherence to socialist values. Byanjankar said that he has ambitions to establish Lalitpur as a heritage city. In one interview, he talked about how Lalitpur is rich in both tangible and intangible heritage and how he plans to implement policies that would allow future generations to learn the crafts of their predecessors and even invest in a ‘Craft Campus’ operated under Lumbini University.

In the 2017 local elections, Byanjankar lost to Maharjan by just over 300 votes. In a very close contest, Maharjan received 24,642 votes while Byanjankar received 24,316 votes. This time around, Byanjankar hopes to come out on top.

Castles in the air