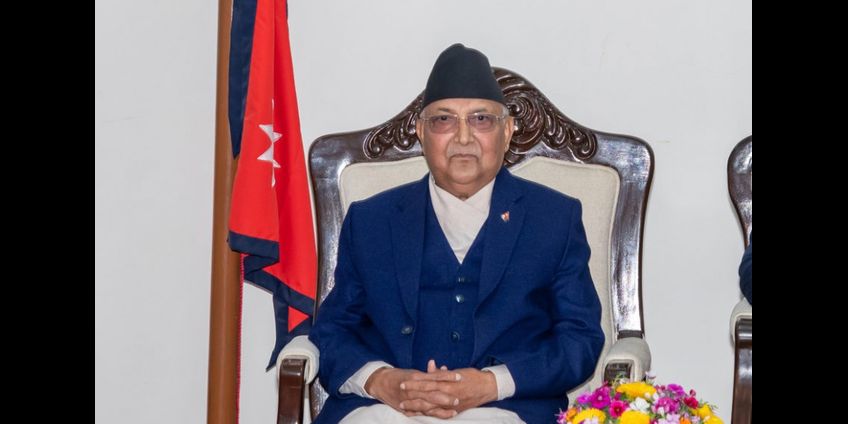 Less than five months after his retirement from the role of Vice Chancellor (VC) of Mid-Western University (MWU), Upendra Kumar Koirala has been appointed to yet another coveted public post. He now serves as a member of the Rastriya Banijya Bank (RBB), the nation’s largest commercial bank.

The government’s decision to appoint him as RBB’s member appears like a necessary move before Koirala can be appointed as the bank’s chairman. All that is pending now is to pick Koirala from a pool of favourable members and declare him as chairman.

Koirala’s appointment to MWU’s vice chancellorship is just one among a string of political appointments that have landed him in powerful government posts over decades. Before becoming VC, he was appointed in five other positions. All appointments were made whenever the Communist Party of Nepal Unified Marxist Leninist (CPN-UML), now rebranded as the Nepal Communist Party (NCP) ascended to power.

Koirala’s maiden appointment in government office started in 1994 when Manmohan Adhikari was elected as the first communist prime minister of Nepal. Back then, the Adhikari led government appointed Koirala as the chairman of the Nepal Food Corporation. Shortly after the Nepali Congress (NC) toppled Adhikari’s government, Koirala was out of power for a while. But he quickly managed to get himself appointed as the chief of Mahendra Morang Campus in Biratnagar.

Koirala became the chairman of the Nepal Oil Corporation (NOC) in 2004, when the current Deputy Prime Minister (DPM) and Defence Minister Ishwar Pokhrel was heading the Ministry of Industry, Commerce and Supplies. Koirala was handpicked by Pokhrel to run NOC, the state monopoly in the supply of petroleum products. His term ended along with Pokhrel’s in 2005 when King Gyanendra Shah dismissed the government and restored an absolute monarchy.

After 2006’s people’s uprising, Koirala was appointed as vice chairperson of the Higher Secondary Education Board (HSEB). During his stint at HSEB, he was accused of procuring low quality paper, which led to a corruption complaint being filed against him at the Commission for Investigation of Abuse of Authority (CIAA). Koirala quit the post before completing his full term so as to avoid any possible action the anti-graft body might have taken against him.

According to party insiders, Koirala has been smart about appeasing top politicians, no matter who is in power. He successfully secured an early appointment by appeasing the then CPN UML General Secretary Madhav Kumar Nepal until Nepal stepped down from the position in 2008, citing the party’s humiliating defeat in that year’s Constituent Assembly elections. More recently, Koirala has managed to cement firm political ties in the party by establishing a familial relation with DPM Pokhrel. Pokhrel and Koirala are in-laws; Koirala’s daughter is married to Pokhrel’s eldest son.

DPM Pokhrel is regarded as an influential leader in Prime Minister KP Oli’s cabinet and has been lobbying to ensure lucrative appointments for Koirala. It was after establishing ties with the influential ruling leader that Koirala became VC of MWU in 2015. But he was embroiled in several controversies throughout his tenure at the university. In 2018, Koirala was accused of appointing faculty chiefs by violating the varsity’s acts and regulations and a corruption case was filed against him. The CIAA, however, did not investigate the matter, owing largely to his connection with the anti-graft body’s chief Nabin Ghimire.

Koirala’s controversial track record has done little to stop him from occupying yet another high profile public post, this time as a member of RBB. According to his appointment records, this is his seventh political appointment. A day after the news about Koirala’s appointment was leaked, Pokhrel claimed that he had no role in his in-law’s appointment. Instead, he accused media outlets of running articles to defame him.

Despite several attempts made to reach out to Koirala to hear and relay his version of the events, The Record was unable to contact him.

Koirala’s ascent to some of the most lucrative and sought after public posts is merely one example that illustrates how people have been taking advantage of their political connections for personal gains. The Oli administration has faced repeated criticism for promoting nepotism by making appointments based on political and familial connections instead of merit. Even members of the ruling party — including Pushpa Kamal Dahal, Madhav Kumar Nepal and Bamdev Gautam, to name a few — have accused Oli of appointing only those who are loyal to him.

A case in point is the PM’s recent decision to appoint the controversial agent Sushil Bhatta as the Chief Executive Officer (CEO) of the Investment Board Nepal (IBN). While Bhatta has been involved in several mega hydro projects, he has never seen a single one to its completion. Along with his sibling and partner Dipak Bhatta, he was responsible for delaying the multi-billion rupee Budhi Gandaki Hydro Project.

Previously, the Oli government appointed Dawa Futi Sherpa as the Nepali ambassador to Spain. Dawa Futi is the daughter of Pasang Lhamu Sherpa — the first Nepali woman to climb Everest — and was appointed to the ambassadorial position because of her family’s ties with the PM. The ruling party, meanwhile, has been using the Pasang Lhamu Foundation building in Dhumbarahi as its party office.

Dawa Futi’s father, Sonam, is the owner of Yeti Airlines, a private airline company that is among the few businesses with close ties to the premier. According to sources in Baluwatar, Sonam and the PM are close friends; Sonam is free to call on Oli at all times of day, and he has the powers to persuade Oli on decisions regarding the government. Earlier this year, Sonam had gone so far as to charter a birthday cake to Oli’s hometown of Atharai, Terathum, to wish him a happy birthday.

The Oli government also appointed Phurba Gyalzen Sherpa, a representative of the Yeti Group, as a board member of the state run Nepal Airline Corporation. Another Yeti Group representative, Sitaram Sapkota, was appointed as a board member of Nepal Trust. Based on the recommendations pushed by the board, which is chaired by minister Pokhrel, Nepal Trust decided to lease 2,796 ropanis of land in Gokarna to the Yeti Group.

These are but a few examples of Oli’s picks. Most of the appointments made under his government have received considerable criticism. Many argue that Oli will readily pick incompetent people as long as they show him unwavering support.

While opposing leaders may criticise the current leadership for nepotism, recent history shows that all parties are complicit. Even former prime minister and current leader of the Janata Samajbadi Party, Baburam Bhattarai, a fierce critic of nepotism in the party and government, has been accused of promoting his relatives to coveted positions.

Apart from arranging political appointments, leaders in power have often distributed millions of rupees to their cronies in the name of financial assistance. Bhattarai himself doled out millions of rupees to Prakash Dahal for his Everest expedition. Only after widespread criticism did Dahal reject the grant.

Back when NC President Sher Bahadur Deuba was the PM, NC leader Ram Chandra Poudel had helped appoint his in-law, Yubaraj Bhusal, as the CEO of the National Reconstruction Authority. In a trajectory similar to Koirala’s, before being appointed as the NRA leader, Bhusal had held the post of the chief of the Nepal Administrative Staff College.

During his tenure, Deuba himself appointed his mother-in-law, Pratibha Rana, as the Nepali ambassador to Japan. Even though most ambassadors appointed by the Deuba government were recalled, so far, the Oli administration hasn’t replaced her. According to party leaders, this is a ploy on Oli’s part to placate the opposition leader.

Aryal believes that Oli has only given continuity to a practice that is deeply rooted in Nepal’s political culture. While the political structure in Nepal has gone through several overhauls in the last 30 years, nepotism has persisted, undermining these very transformations.