Year-round, Teku residents live with the putrid smell that comes from the mounds of garbage dumped at the municipal waste station. Come the rains, the stench becomes unbearable—yet nobody cares. 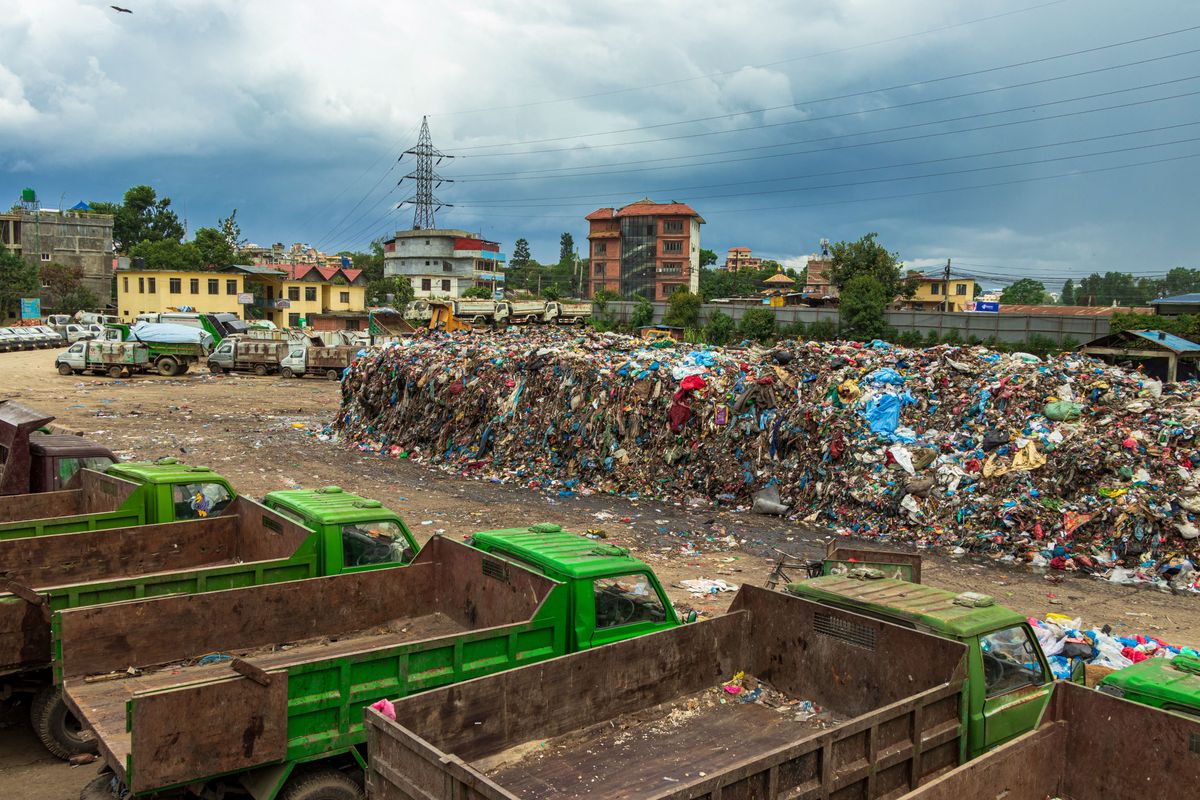 In 1984, when Shree Krishna Khadgi’s family built their house in Teku, the place was all open space. There were only a handful of other houses and a pristine Bagmati river flowed through the open fields. That is an image difficult to fathom for those who have known Teku as it is now: crowded, dusty, and dirty.

“This place was nothing like it used to be. We could drink straight from the river then. Now we’re disgusted to even touch it,” said Khadgi, 47, who grew up in the area since he was a young boy. “There were fewer houses too. When we came here, there were hardly 8-9 houses; now, there are hundreds.” 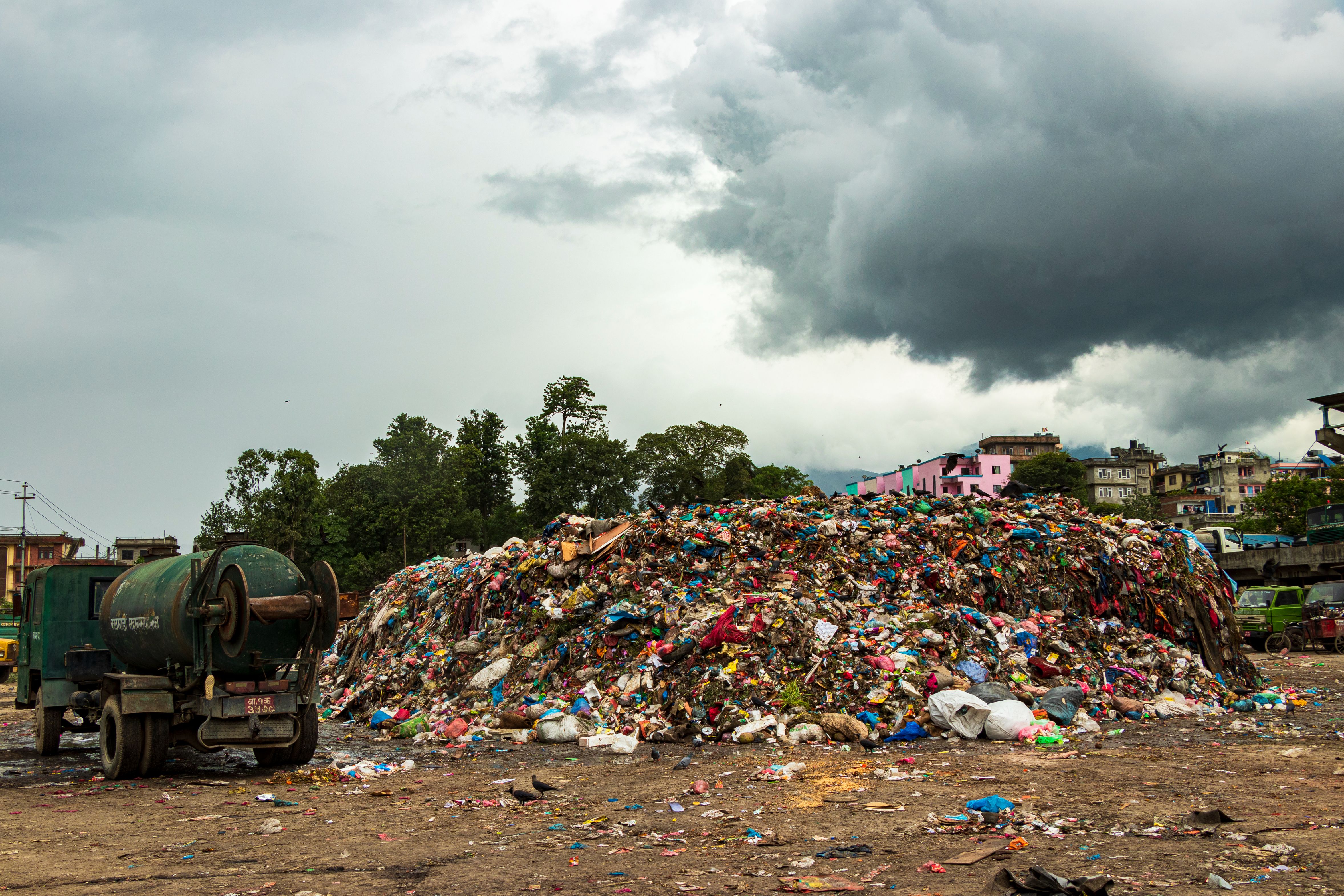 Teku, like the rest of Kathmandu, was sparsely populated until the 90s. But as Kathmandu started being established as the country’s administrative and economic center, people started flocking in. Land prices too were cheap then, which encouraged a lot of migration. In no time, the face of Teku — and surrounding areas like Kuleshwor and Kalimati — changed: they became commercial hubs, with an ever-increasing population.

With more people, came more waste. And the authorities did little to dispose of it properly. Every year during the monsoon, this problem only becomes more severe.

At Khadgi’s house, the stench is ghastly. This is because adjacent to his property is Kathmandu Municipality’s waste transport station. “The smell is there year-round and it can be unbearable at times, especially in the rainy season. But we have to live with it,” said Khadgi.

Stretched over 45 ropanis, the waste transport station at Teku sees around 50 tonnes of waste every day, according to Durga Man Joshi, 52, a garbage operator at the facility who has been working there for the past 20 years. “Every morning at least 10 trucks come in carrying around 8-10 tonnes of waste. The waste is dumped here first and then taken to Sisdole, but in the monsoon problem arises,” said Joshi.

During the rainy season, transporting garbage on muddy roads to the Sisdole landfill site — which has already run out of space to dispose of Kathmandu’s growing waste — becomes a problem. When garbage cannot be transported to the site in Nuwakot, it stays at Teku  — sometimes for weeks. “Take today for example, we sent 10 full trucks in the morning to Sisdole. They should have returned by now, it’s mid-afternoon, but they haven’t. This means we won’t be able to send as many trips as thought, which means more garbage will pile up here,” said Joshi, pointing at a massive pile of garbage parked in the middle of the facility. The pile of the garbage has not reduced much for the past two weeks, he says. 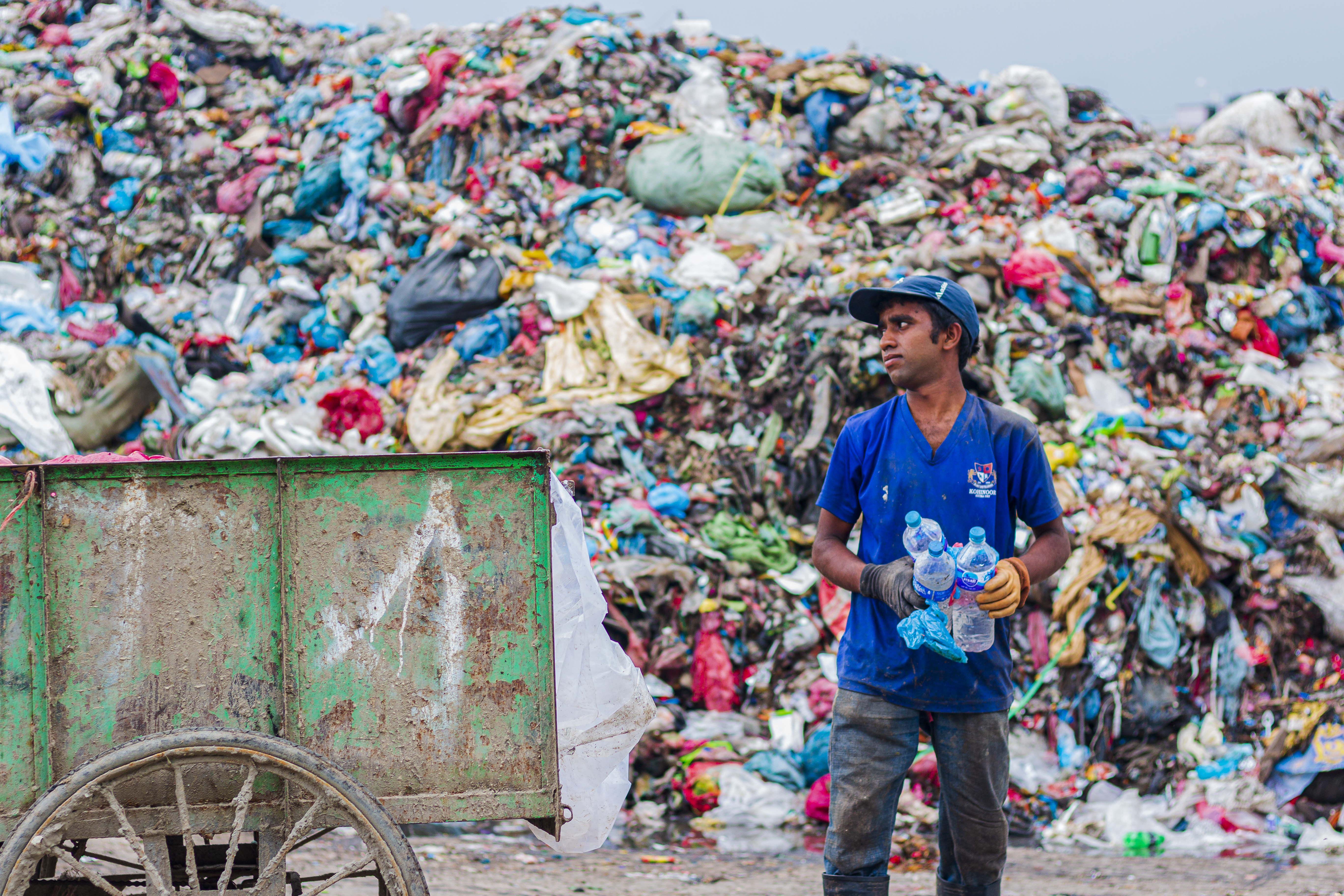 Here, waste from the 32 wards of Kathmandu Metropolitan City — all the way from Kalanki to Boudha — gets collected every day. There’s a similar garbage transport station for Lalitpur in Kumaripati, says Joshi, and multiple smaller stations run by private companies.

Teku’s transformation from being a vast open space to Kathmandu municipality’s temporary dumping site can be traced back decades, says Uddab Rana, who has seen the changes firsthand.

“Back in 1972, the government had allocated this land to be turned into a cargo station. But that never really took shape. However, a few years later, with German aid, a solid waste management and recycling plant was started,” said Rana, 54, whose family is one of the oldest in the area, living in Teku since 1959. “It was the Panchayat era and we could not publicly object to the king’s decision. But over the years the plant was closed too.”

The German project started in 1981 and ended in 1993. “During the time the project ended, the Nepal government too, after a lot of local protests, declared that it would find an alternative station in 1990. And for the following three years, garbage was not thrown here.”

Such guidelines are not present in Nepal's Solid Waste Management Act 2011. In Nepal, municipalities are responsible for the collection, transportation, treatment, and final disposal of solid waste. And residents have been let down by the local authority many times.

“How can the government allow such a densely populated area to be dumped with garbage? Our homes are within a 25 meter radius; there are two schools here where young children are exposed to this toxic air every day. There is no doubt we have been breathing in hazardous gases that come from the station every day, yet the government takes no responsibility,” said Rana. “The right to a clean and healthy environment is a right guaranteed to us under the constitution, and we are being cheated of it.”

Living in such close proximity to a garbage dumping site can have deadly repercussions.

A research paper published in the International Journal of Epidemiology has shown a strong association between Hydrogen Sulphide (used as a surrogate for all pollutants co-emitted from the landfills) and deaths caused by lung cancer, as well as deaths and hospitalizations for respiratory diseases. The results of the research showed that such effects were especially prominent in children.

Rana also says the pandemic has only increased the woes of the residents. “Waste from Teku hospital, which is only a few hundred meters away from the station, is dumped directly without any safety measures in place. Medical waste from a number of other hospitals too is dumped here.”

The locals are so worried about their health that they are forced to take to the streets every now and then. Only last week, they were protesting in front of the station gate, with Rana among them, demanding a long-term solution be devised for this problem but nothing much came of it. 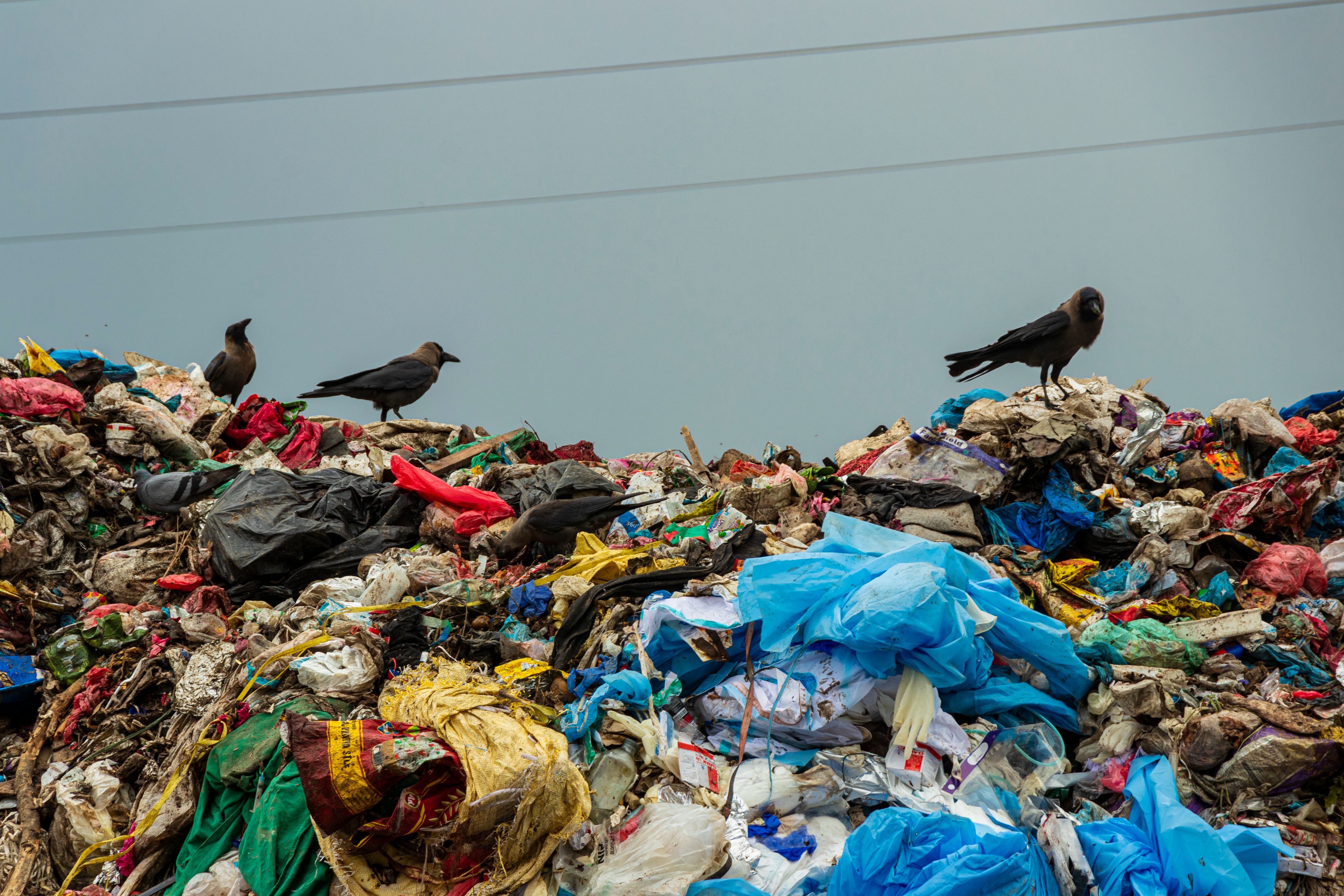 “Even people at Sisdole have received help from the government. The locals there have received municipal jobs and reportedly receive healthcare too, but here the locals have not received any kind of help,” said Rakesh Khadga, 47, who runs a store that sells electrical supplies and has been living in Teku for the past 30 years.

Teku's situation is reflective of Kathmandu Valley's perennial waste management problem. A solution is urgently needed but it is not easy: it requires concentrated and transparent effort from a variety of government and private bodies.

The only respite in sight for the people living in the vicinity of the garbage station is the completion of the construction of a new landfill site in Banchare Danda, which is also located in Nuwakot. The sanitary landfill site, acquired by the central government, spreads over 1,792 ropanis and is estimated to hold waste for the next 20 years.

“The target was to start using the site last June but there were some issues at the central level. We are pushing the government to make the land available to us by the end of this year. We are hopeful this will provide a long-term solution to the metropolis’ garbage woes,” said Hari Kumar Shrestha, chief of the environment division at KMC.

But until the site is brought under operation, the locals of Teku will have to live with the appalling stench — as they have been for the past couple of decades.

“Kathmandu valley’s garbage issue is a longstanding problem. This can be attributed to both a lack of awareness among the general population and a lack of proper waste management,” said Rana. “But it’s mostly a lack of government incompetence and apathy towards its people. And honestly, for someone who has lived in this area for so long, I see no end in sight for our problems.” 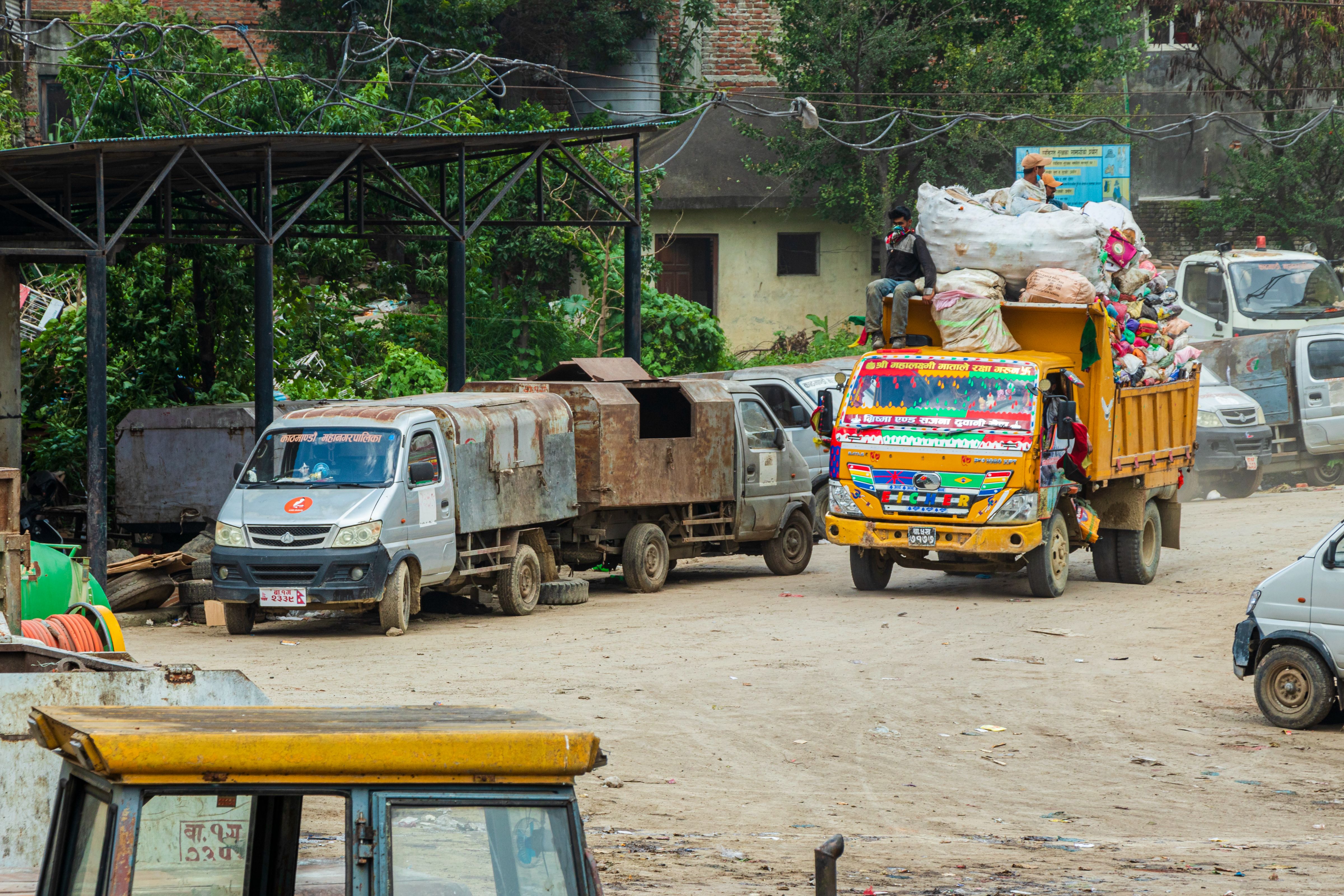