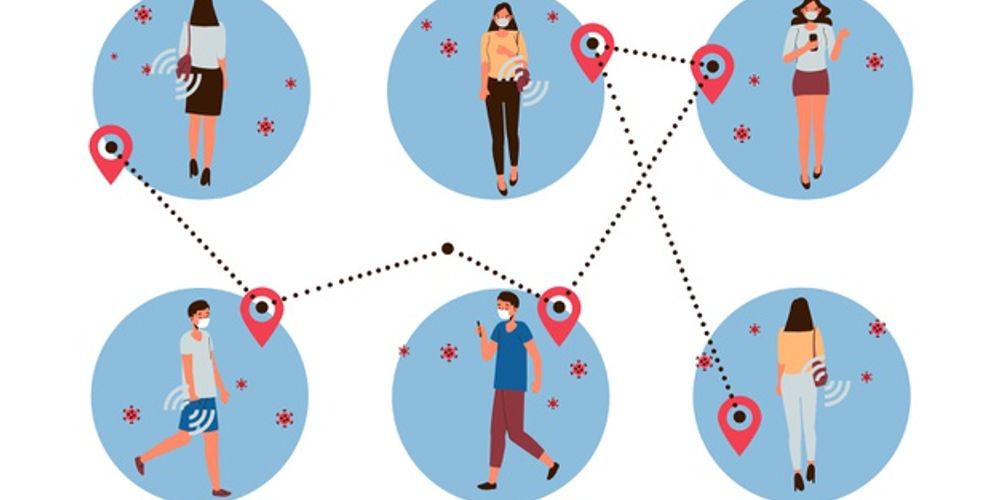 On April 19, two days after testing positive for Covid-19, Smita Punjali received a phone call from the Bhaktapur District Public Health Office. She was surprised, as this was the second time she had tested positive for Covid-19; the first was during 2020’s first wave. Back then, no concerned authorities had reached out to her.

“The contact tracing team from Bhaktapur municipality asked what symptoms I was showing and gave me a few suggestions on how to stay in isolation and what to eat,” said 32-year-old Punjali, a senior officer at the Civil Aviation Authority of Nepal. “They suggested I take paracetamol if I had a fever and eat a healthy diet of rich proteins, fluids, and fruits. I received a follow-up call a week later and they asked me if I was in contact with any other member of the family, whether anyone in my family had contracted Covid as well as, who was I with, where did I travel from, and how it might’ve been transmitted.”

Punjali’s husband and mother had taken PCR tests and both of them had tested positive. All three of them individually received calls from the contact tracing team who advised them on measures necessary for home isolation and what to eat. They inquired about their symptoms and provided them with hotline numbers they could reach out to.

Nepal is currently in the midst of a raging second coronavirus wave. Only yesterday, the country registered the highest number of daily Covid-19 cases with 9,071 new cases and 58 deaths. So far, a total of 359,610 cases have been reported.

In such a situation, contact tracing is the first step local authorities can take to break the local Covid-19 transmission chain and alleviate the chaos that has ensued. But while contact tracing teams in Bhaktapur, as well as Lalitpur and Kathmandu, seem to have jump-started their work, directing the confused populace towards vital health tips and medical assistance, the people have little faith in the city authorities providing them with the help they need.

According to Devi Thapa Gurung, the Covid-19 focal person for Lalitpur Metropolitan City, the city has five designated contact tracing teams with each mobilising 15 members in the city.

To effectively trace those who have come in contact with the infected is the teams’ first priority.

“To trace possibly infected people, the government has created a form which is filled out by the contact tracing teams by calling up people who test positive. Contact tracers take vital information such as who is in their family, their recent travel history, the people they came in contact with recently, etc.,” Gurung said.

The teams are also mobilized to trace the health status of patients infected with Covid-19 in Lalitpur district. Depending on the number of cases, each member of the contact tracing team makes an average of 20-30 calls in a day inquiring about the situation of patients.

“For now, we have advised the team to follow up at least three times per patient. The phone numbers of every contract tracing team are with the patients and sometimes, the patients themselves call to ask if a problem arises,” said Gurung.

But tracking the activities of the country’s third most populous district, with an estimated population of 3 million, with a team of only 75 people is near impossible. The number of daily cases in the city alone ranges in the hundreds. On Thursday, 567 cases were registered in the city.

And the calls keep coming, said Gurung. Covid patients who call the hotline often ask about which hospital they should go to, or when and where they should check up on their family. The contact tracing team not only provides information about hospitals to patients but also calls upon hospitals for support and updates on new patients, the status of beds, and the availability of medical resources.

“Our contact tracing teams also make phone calls and inquiries about empty beds and where to transfer patients. But locating beds has been difficult for us as well,” said Gurung. The contact tracing team, according to Gurung, has been calling private and government hospitals to allocate 20 percent of their hospital beds for Covid patients. However, Gurung said they are facing difficulties in arranging and finding more hospital beds for patients.

But people are not convinced with the efforts of the authorities. Some have already been disappointed.

Jyoti Dangol, 41, a Covid patient residing in Lalitpur, was also surprised like Punjali on receiving calls from the contact tracing team. But as they didn’t fulfill their assurance of providing medical assistance, he was left disappointed.

“I was not expecting any calls from Lalitpur Metropolitan City but it was nice to hear from them. They told me that they will provide the contact numbers of doctors in case I need any medical assistance after the third follow-up but they never did,” said Dangol.

In Bhaktapur, people are afraid the authorities themselves are inadequately informed about the virus.

“On day 15 of isolation, doctors told me and my husband that we did not need to stay in isolation anymore. But the contact tracing team did a third follow-up call and told us that we needed to stay in isolation for 10 more days,” said Punjali. Although she did maintain 10 more days of isolation, she also thought that the contact tracing team was misinformed, she said.

In addition to contact tracing, to combat the spread of the virus, Lalitpur city has taken other measures to fight the virus, by setting up an isolation ward with 50 beds in Sunakothi, Ward 11, and another isolation ward with 120 beds is being planned in Ward 4, Jyapu Samaj. The city has also allocated Rs 10 million for the construction of an oxygen plant within the next two months.

Similarly, Bhaktapur has built 25 High Dependency Units and allocated 50 beds in ward 9 to combat the transmission of the virus. Its contact tracing team too has been strengthened, with the onset of the second wave.

In comparison to its neighboring districts, Kathmandu, however, despite its relatively large budget 0f Rs16.42 billion, has faltered in its efforts to contain the virus. According to The Kathmandu Post, Kathmandu Metropolitan City on Sunday inaugurated a new oxygen plant at a cost of Rs 27.4 million in Bansbari, but that is all the city has done till date. It has plans to build isolation wards, but not much has materialized, even though the district has become the biggest Covid-19 hotspot in the country with 24,533 active cases.

On Thursday, Kathmandu Metropolitan City’s Mayor Bidya Sundar Shakya called an emergency meeting to discuss strategies to curb the spread of the virus. But with daily active cases crossing the 4,000 mark, the plans have perhaps come a little too late.

Confronted with the authorities’ lackadaisical approach, city residents too do not believe the authorities will do anything to ease their fight against the coronavirus.

Carolyn Chand, a Bachelor’s student who tested positive on April 16, has been receiving calls from the contact tracing team mobilized by Kathmandu city, but believes they are only doing it for record-keeping.

“I think the contact tracing team is only concerned with numbers and has been only contacting me for record’s sake,” said 22-year-old Chand, who does not believe that the authorities will help citizens with oxygen, beds, or even ambulances.

“I have been reading news about the shortage of ICU beds and ambulances and people dying by not getting help on time,” she said. “The news is deeply concerning and it affects me and everyone around me, but I don’t think I can depend on the municipality in dire circumstances.”

An appeal for a better equipped emergency workforce

As we remember the 2015 earthquakes, and fight against resurging Covid-19 cases, we mourn the lives that could have been saved if basic emergency care was available.