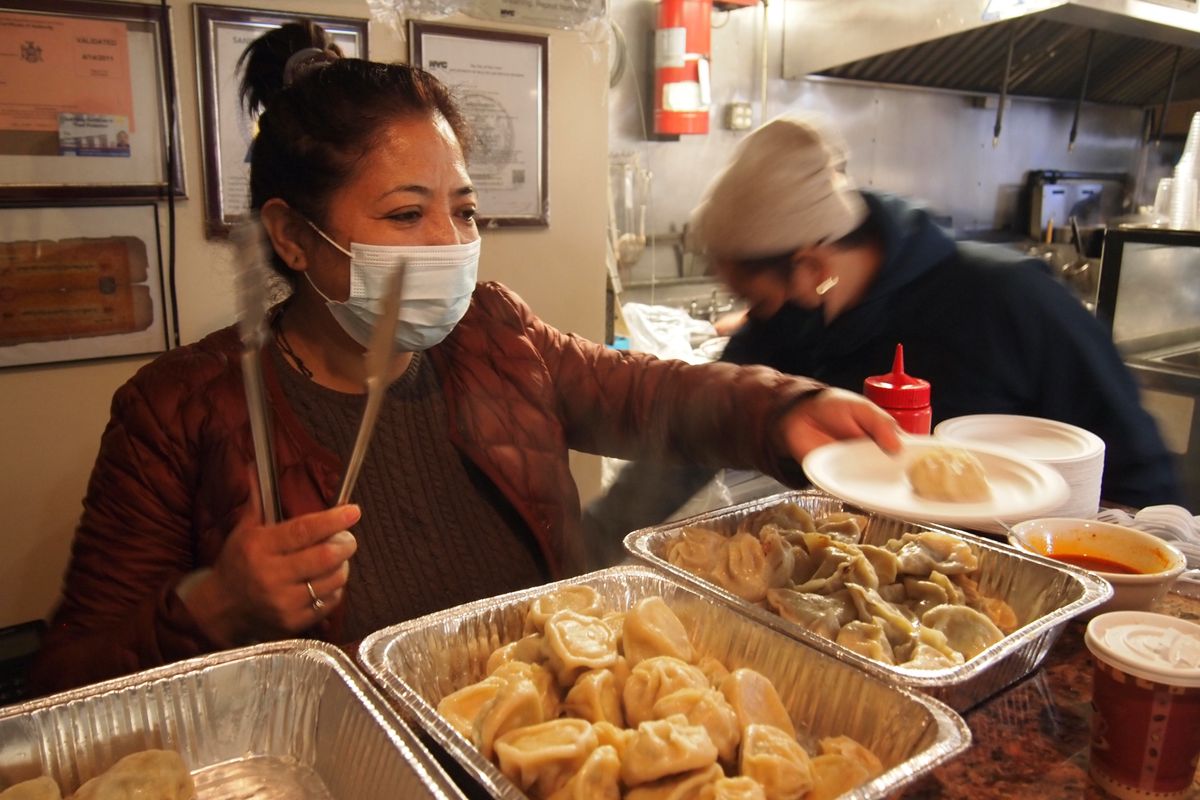 Each year, Nepali, Tibetan, Indian and Bhutanese restaurants take part in the street festival to serve their most delicious dumpling. (Julie Schneider)

The Jackson Heights, Queens, neighborhood of New York City is home to one of the largest concentrations of South Asian businesses in North America. Each year, Nepali, Tibetan, Indian and Bhutanese restaurants take part in the Momo Crawl — a street festival that is at once a celebration of Himalayan regional cultures and a challenge: restaurants compete to serve the most delicious dumpling.

This year, rookie competitor Chet Bahadur Thapa Magar took on the reigning momo champion, Bimala Hamal Shrestha. Magar and his wife, Anju, opened their own mom-and-pop kitchen, Chef CBTM Bistro, earlier this year, after decades working in other people’s kitchens. Their momos are fresh and juicy, but will they be able to out-shine Shrestha’s restaurant, Nepali Bhanchha Ghar? Shrestha has won three times already and received recognition in the New York Times.

Nepalis by and large tend to prefer dogs as pets but cats, once maligned as bad omens, are slowly winning hearts.

It can be a political act for a woman to simply occupy public space. Teej songs, like those by Komal Oli, enable women to do so while joyfully singing and dancing, highlighting their desiring selves.

By reading the Quran and fasting during the holy month of Ramadan, Muslims build a personal connection with Allah and reinforce their faith.

Socio-economic mental health stressors are on the rise

Part 1 of the conversation with educator and psychologist Madhav Khatiwada on the need for improved mental health infrastructure in Nepal.