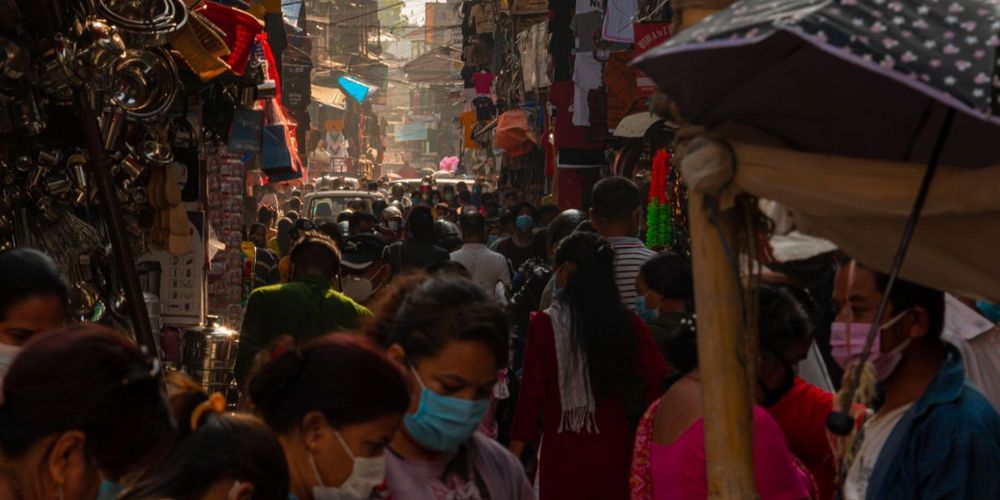 Saturday’s numbers show Nepal is seeing dangerous rates of community-level spread across the country. Of the 19,320 PCR tests conducted on the day, one-fourth turned up positive.

“At the current rate, Nepal’s Covid-19 cases will double in 20 days. That also means we might see more deaths. And the rate will be higher after Dashain and Tihar,” said Dr Lhamo Sherpa.

She argued that the situation will get worse mainly because people are not following safety protocols. “People may think that it’s still business as usual, and that the case numbers have increased only because of the increased number of tests. What they fail to realise is that when they don’t follow protocols, they are putting the vulnerable people at risk,” she told The Record.

Nepal detected its first Covid-19 case in January. However, the government never regarded the virus’s entry into Nepal as a serious threat to public health. In fact, up until March, Nepal’s tourism minister, Yogesh Bhattarai, was still floating a plan to promote Nepal as a coronavirus-free destination. Minister Bhattarai tested positive for coronavirus on Saturday, a development he announced on Facebook.

No one seems to be safe from the virus. In recent days, dozens of politicians, elected representatives, bureaucrats, and judges have tested positive. And with over 2,000 health workers infected, many experts are starting to worry that there won’t be enough frontline workers to take care of patients at a time when the number of patients continues to rise. Furthermore, the Nepal government has not been able to conduct PCR tests on the scale that is needed now.

Experts have been urging the government to boost PCR tests for a long time already. But the government has not responded to that suggestion: instead, it has instructed hospitals not to conduct tests on the bodies of people suspected of having died from the disease, and it is not testing many asymptomatic cases. That means the virus has been spreading exponentially almost under the radar. And instead of expanding services and increasing PCR tests, the government has been merely requesting the public not to go to hospital except for medical emergencies. The government is not being completely transparent with the public about the virus, say experts.

Read also: Why the coronavirus is rapidly spreading

Ever since the first cases emerged in the country, the government has responded with one misstep after another. For example, while it did impose a nationwide lockdown on March 24, upon detecting the second Covid case, it did not take the virus seriously. And by importing substandard RDT test kits, it allowed the disease to flare up across the country. When Nepali workers started returning from India, they were not screened before they journeyed home--to villages and towns in districts across Nepal. In the early phase, during the lockdown, the virus spread rapidly in the Terai districts. It then began to spread in the Capital after the lockdown was lifted in July.

Currently, Kathmandu Valley has almost 60 percent of the country’s infections. In the past 24 hours, the Valley recorded 2,673 new Covid-19 cases, with Kathmandu registering 2,100, Lalitpur seeing 369, and Bhaktapur seeing 203 new cases. The Valley has been recording around 10,000 cases weekly, according to the Ministry of Health and Population. A total of 40,300 infections have been recorded in the Valley so far.

The Capital also has the highest death toll. With 14 deaths on Saturday, the national death toll reached 614. Kathmandu Valley has recorded 192 deaths so far.

“We are in a difficult situation now,” said Dr Jageshwor Gautam, spokesperson at the ministry, during the media briefing on Saturday. “The number of infections has increased significantly. Hospitals and isolation centres are almost filled up. And the discharge rate of patients has decreased. These developments show we are in a critical situation now.”

Soon, other places might also start seeing the same kinds of problems facing Kathmandu. Because Dashain and Tihar are right around the corner, people are leaving Kathmandu and other larger cities for their villages and towns. There are high chances that they could spread the virus in far-off places.

“During Dashain and Tihar, many people often travel long distances to  seek the blessings of their family members,” said Dr Sherpa. “Many of them could get exposed when traveling home in public vehicles. It would be best if we could avoid going out of the Valley.”