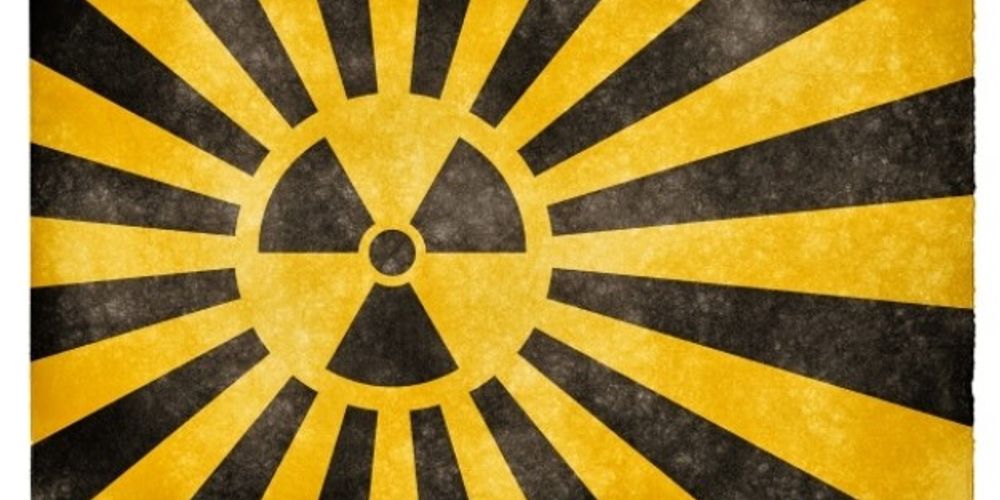 On Thursday, March 11, the Nepal Police arrested four persons from Boudha with 2.5 kilograms of “radioactive material”. News of the arrest sent Nepali media into a speculative frenzy with numerous news outlets theorizing what the material really was and its provenance. Initial statements from the police had quoted scientists from the National Academy of Science and Technology (NAST) confirming that the material was Uranium-238, the most abundant isotope of uranium, accounting for 99 percent of uranium found in nature.

The purported presence of uranium-238 spread fast and quick with many news portals picking up the story. But there were numerous inaccuracies in the initial report, mostly attributed to a non-critical acceptance of the police’s statements and overzealous reporting on the part of most media outlets, as the blog mysansar pointed out. Questions began to be raised on whether the radioactive material confiscated was uranium at all.

What exactly happened here? Were the arrested parties attempting to sell uranium? Is the material even uranium? And if it is, where did it come from? What are its applications? The Record explains.

What happened on March 11?

After a nearly month-long investigation, a Nepal Police team arrested four individuals -- Narayan Singh Tamang, Januka Tamang, Prakash Chauhan, and Manoj Neupane -- from Boudha on charges of attempting to illegally sell radioactive material. According to Superintendent Sushil Singh Rathour, investigative head for the case, they had been observing and investigating the four individuals for weeks after learning that they were looking for a buyer for uranium. Police personnel in mufti had even posed as buyers and obtained a sample of the material in question. After a preliminary report from NAST confirmed the presence of radioactive material, a special team from the Metropolitan Police Office in Ranipokhari, on Thursday, moved in to arrest the four individuals from Januka Tamang’s home in Boudha and confiscate 2.5 kilograms of radioactive material which had been hidden inside an empty plastic glue container.

While the police had initially estimated the confiscated material to be about 2.5 kilograms, Kantipur daily has reported that it is closer to 2.9 kilograms.

Is the confiscated material radioactive uranium?

Although police had initially claimed that the material was definitely uranium, the blog mysansar had poked several holes in the police’s claim, which had then been parroted by numerous media outlets without confirmation. At the time, on Thursday, there had been no definite confirmation from NAST, which was testing the material, that it was uranium, even though it was suspected to be.

Later, on Monday, March 15, NAST officially confirmed that the material was indeed uranium.

“Some 10 to 12 days ago, we received a sample of the material from the Nepal Police. After testing, a NAST team concluded that the material was Uranium-238,” Suresh Kumar Dhungel, NAST spokesperson, told the Record.

Speaking to Kantipur daily, NAST’s chief scientific assistant Bipin Rijal said that the material in question had been subjected to a gamma spectroscopy test using a sodium iodide detector.

“In this test, we measured the gamma energy of two daughter nuclei from the sample given to us by the police. We found activity of 6,700 becquerel units per kilogram,” Rijal told Kantipur.

The becquerel is SI unit for radioactivity which corresponds to a decay rate of one nucleus per second. The becquerel is a very small unit of measurement and can result in very large and alarming figures. For comparison, a 70 kilogram human being usually has a little over 1,000 becquerels, or over 1 kilobecquerel, of radiation, according to radioactivity.eu.

“NAST has suggested that the Nepal Police proceed with further radiochemistry analysis in regards to more in-depth and accurate information on the substance,” said Dhungel.

How did this uranium get to Nepal?

According to Superintendent Rathour, Amar Lama, Januka Tamang’s father-in-law, once worked in a uranium mine in India. About 20 years ago, Amar had stolen some natural uranium from the mine and brought it to Kathmandu, where he had stored it in an empty plastic jar. Amar currently lives in the US with his daughter.

When Narayan Singh Tamang learned that Januka had some uranium in her possession, he brought in Prakash Chauhan and Manoj Neupane to look for buyers, according to police. The group had set the selling price of the uranium at Rs 1.5 billion, of which Chauhan and Neupane would receive Rs 20 million each. It was while looking for buyers that the four came to the notice of the Nepal Police.

According to police, the arrestees will be prosecuted in line with the Explosives Act.

What is the uranium worth?

When the news first broke, numerous media outlets posited prices in the billions. While Bahrakhari claimed that the confiscated uranium was worth Rs 6 billion, Nepalkhabar placed the price at Rs 36 billion. Onlinekhabar, quoting the police, said that uranium would be worth Rs 18 billion once processed.

However, according to BusinessInsider, the current trading price of natural uranium is $28.5 per ounce, which roughly equals $1 per gram. The 2.5 kilograms of uranium thus confiscated would only amount to around $2,500 if sold in its natural state. The billions being quoted by the media depend on the enrichment of the natural uranium. In its natural state, uranium contains 99 percent Uranium-238, the most abundant isotope of uranium, with only 0.7 percent Uranium-235 and a trace amount of Uranium-234, according to the US Nuclear Regulatory Commission. According to the US Department of Energy, 0.1 gram of 98 percent enriched U-235 goes for about $1,500.

It is difficult to calculate the exact value of the confiscated uranium as there are varying estimates on the price of enriched uranium. The price also largely depends on the enrichment process.

What exactly can you do with uranium?

In its natural state, not much. Natural uranium needs to be refined and enriched before it can be employed as nuclear fuel or used in nuclear weapons. Massive heat and energy are produced by splitting, or ‘fission’, uranium-235 atoms. Natural uranium contains mostly U-238, which is non-fissile, meaning it does not directly contribute to the production of heat and energy, but it can be processed into plutonium, which can then aid in nuclear fission.

Natural uranium can be used in some nuclear reactors, like Canada’s Candu or Britain’s Magnox, to produce energy while others use uranium enriched to 5 percent U-235.

“Weapons-grade uranium”, or the kind of uranium used in nuclear weapons, typically has an enrichment of above 85 percent these days. By comparison, Little Boy, the nuclear bomb dropped on Hiroshima by the US in 1945, used 64 kilograms of 80 percent enriched uranium. Uranium enriched to these high percentages is extremely unstable and is highly controlled.

How dangerous is uranium?

According to the US’ Centers for Disease Control’s Agency for Toxic Substances and Disease Registry, “natural uranium is radioactive but poses little radioactive danger because it gives off very small amounts of radiation.” The half-life of U-238, which is the least radioactive and consists of 99 percent of natural uranium, is 4.5 billion years. A half life is the amount of time necessary for half of an isotope to give off its radiation and turn into a different element. Uranium turns into thorium after 4.5 billion years of radioactive decay.

So the uranium possessed by Januka Tamang for 20 years would pose little risk, even though it was stored in a plastic container. Natural uranium gives off alpha radiation, which cannot pass through solid objects like clothing or even human skin.

The CDC estimates the daily human intake of uranium to be between 0.9 to 1.5 micrograms a day.

“By nature, uranium-238 consists of radioactive elements so it is without a doubt a harmful substance,” said NAST Spokesperson Dhungel. “Although life threatening effects of the material require physical intake into the body, it is still a dangerous substance.”

Is uranium found in Nepal?

Uranium is a relatively common substance, more plentiful than tin and “500 times more abundant than gold”. It’s the processing and enrichment that’s the difficult part.

There have been periodic reports of the discovery of uranium stockpiles in Nepal but nothing substantial has come of them yet. Although news reports point to three earlier surveys between 1992-1994 which had discovered uranium deposits in Makwanpur, Chitwan and Baitadi, there have been no official announcements of exploration or efforts to obtain the ore.

More recently, in 2014, the Department of Mines and Geology had confirmed the location of a large deposit of uranium in Upper Mustang. According to a report in the Hindustan Times, the deposit is believed to be of “medium grade” uranium that is 10 kilometers in length and 3 kilometers wide. In 2016, the government had even deployed the Nepal Army to Upper Mustang to guard the deposits.