In addition to widespread smuggling, there were significant official imports of petrol during the blockade, but officials aren’t saying where it went 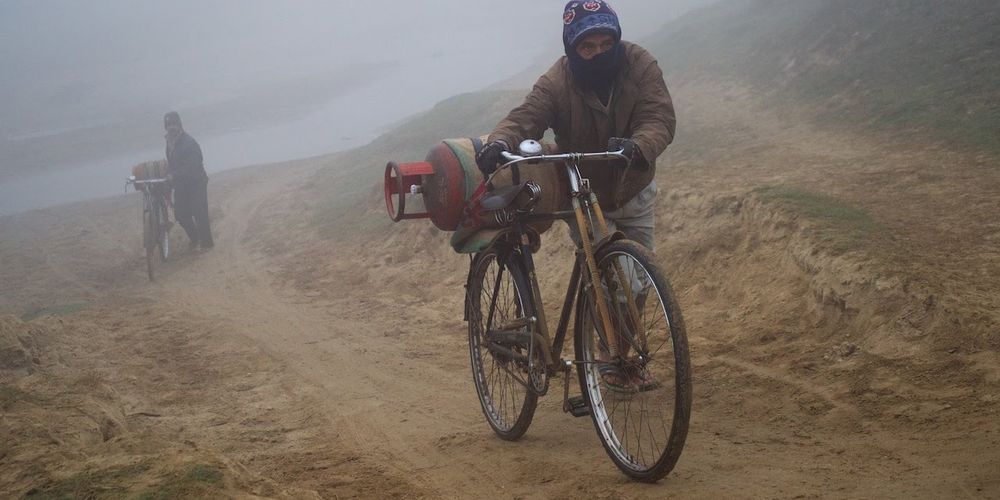 On February 6, trucks crossed the Birgunj-Raxaul border in both directions for the first time in more than four months. Thus ended the last and most persistent of the blockades that protesters had imposed on most major Nepal-India border crossings as part of the ongoing Madhes movement. The blockades led to widespread shortages of petrol, diesel, and liquid petroleum gas (LPG) across Nepal. As consumers wait for the fuel supply to normalize over the coming weeks, we take a closer look at the black market that developed as a result.

An army of petty smugglers

Navin Yadav, a resident of Itharawa Khariyani village in Dhanusha, which lies parallel to the Indian border state of Bihar, had nothing to do. He had failed the SLC and was looking for work. When the Madhesi parties began to occupy transit points in late September, the 18-year-old started to see motorcyclists passing through his village ferrying fuel. He stopped one and asked how he could get involved. It was easy: all he had to do was cross the border, buy the fuel, and supply it to a hotel in Janakpur.

Early in the morning, Navin headed to a petrol station in Harna, about 5 kilometers into India, to join hundreds of others, some in their teens, some older, queuing with jerry cans. The poor villages along the Nepal-India border, where citizens from either side can cross back and forth without paperwork, quickly became centers of smuggling. Navin made about NPR 1,000 a day, minus a 200-rupee bribe that he paid to the police who stopped him on the road. Hours later, the fuel found its way to businesses in Janakpur. The rest was taken to Bardibas, a highway town north of Janakpur, and loaded onto buses to Kathmandu in the middle of the night.

Across much of southern Nepal, tens of thousands of people turned to petty smuggling to cash in on black market prices. In mid-January, the National Human Rights Commission estimated about 150,000 liters of fuel—almost a fifth of Nepal’s daily demand in petrol—flowed in daily through the village of Thori, in Parsa, alone.

The smuggling did not go unnoticed.

“We turn a blind eye to the smuggling,” said Rajendra Regmi, spokesperson for the zonal police office in Janakpur, in late January. “If the government can’t fulfil its responsibility [of providing fuel], we don’t want to make people’s lives harder.” Navin and his friends said the Indian border police, the SSB, also ignored the smuggling in small quantities but seized anything more than what a motorcycle could carry.

When the occupation at the border ceased, so did Navin’s operation. Once again, there was nothing to do.

A giant market for Nepal

To understand the impact of the blockade, we first have to look at the growing appetite for petroleum products in Nepal. In fiscal year 2004–5, the Nepal Oil Corporation (NOC) imported 76,097 kiloliters of petrol (1 kiloliter = 1,000 liters). Ten years later, this had risen more than threefold, to 287,473 kiloliters. Worth approximately USD 2.76 billion, the petrol market alone thereby accounts for 14 percent of the national economy. The import of diesel and liquid petroleum gas tell a similar story of rapidly rising consumption.

This huge market  is dominated by the state-owned NOC, which has a monopoly on the import and distribution of all petroleum products, which it obtains from the Indian Oil Corporation. End-users obtain petrol and diesel from a network of approximately 850 petrol pumps and dealers, both private and state-owned, including those belonging to security agencies, which fall under the NOC’s regulatory authority. (Read more here.)

After the beginning of the blockade, traffic in Kathmandu, which consumes 50 percent of all petrol, was initially drastically reduced. But a month into the blockade, Kathmandu’s familiar traffic jams were back. As a casual observer from Janakpur commented, it was hard to believe that there was any scarcity in the capital.

Partly, it was the black market that fulfilled the demand. Smuggling, relatively small in the initial weeks, picked up drastically as black market prices rose.Film by Al Jazeera English on January 16, 2016.

But smuggled petrol only represents part of the story. Despite attempts from the Morcha to completely halt supplies through Biratnagar and other entry points, they succeeded only in Birgunj. The blockade was thus never total, and imports were sufficient to fulfil about a third of the total petrol demand.

Where did all the petrol go?

Some of the officially imported petrol went to the public through a rationing system. Private vehicles periodically received petrol and diesel at the official rate; cars were allowed 15 liters, motorcycles 4. For most people, this involved collecting tokens early in the morning and then queuing at petrol stations for long hours, often the entire day. But not everyone had to wait. Individuals with sifaris letters (recommendations from “higher up,” typically from a ministry) were allowed to skip the queue.

At a police-run petrol station in Kathmandu, on January 29, the distribution of petrol to 300 queuing vehicles took over nine hours—additional cars and motorcycles kept cutting the last 20 meters of the line.

When a waiting driver confronted an officer about this, the officer replied with a shrug. “Look, there are so many ministers, as well as their brothers, sisters, nieces, and nephews. Don’t bother complaining to the akhtiyar [the Commission for the Investigation of Abuse of Authority]—I can show you a list with hundreds of names of their staff, as well as relatives.”

While NOC officially provided regular fuel to ministers, influential people (under a “VIP quota”), and schools and hospitals, unofficially, it also supplied aides of the prime minister, and ministers’ personal secretaries, family, and friends. On January 25, over the course of an hour at NOC headquarters, more than three dozen individuals entered the office of the chief of supply and distribution, and emerged with sifaris letters.

A share of NOC’s petrol also found its way to the black market, although it is hard to specify how much. Those with NOC ties were able to channel whatever fuel entered Nepal to their preferred petrol pumps—which then found its way to the black market. In November, ten stations in Kathmandu were closed on charges of illegally distributing NOC-provided fuel. The chief district officer responsible for the crackdown, Ek Narayan Aryal, who had previously been awarded by the government for his integrity, was transferred in early December, allegedly for trying to rein in the black market.

“It expanded like organized crime,” Aryal said at a briefing with CIAA officials in November. He reported that seven petrol pumps had been closed on charges of supplying the black market, and 82 people were arrested in Kathmandu district alone.

A small scale black-market trader in Kathmandu, interviewed in early February, said she received her stock from a petrol pump in Bardibas. Taxi drivers and rental vehicle operators said they bought petrol from government agencies, including the police and army. The managers of large hotels paid an additional, informal, charge on the consignments they received for their generators. A recent news article claims the NOC’s distribution list published since the end of the blockage includes petrol pumps that have been out of operation for years.

Directly or indirectly, everyone in Kathmandu wound up in the black market’s web.

If establishing how much petrol the NOC has been able to import throughout the blockade was difficult, getting the monopolist to disclose how they distributed these imports has proven impossible. NOC officials contacted for this article refused to provide details of depot-wise distribution of petroleum products since the scarcity began. They also declined to share information on fuel distributed through sifaris letters.

Earlier in January, the CIAA began raising pointed questions, asking the NOC to justify why it did not release more petrol despite holding sufficient stock for 28 days of nation-wide demand, and demanding clarification on the criteria according to which VIPs and government agencies receive fuel. Whether the CIAA received a response on either of the queries is unclear. When contacted for this article, the anti-corruption body, too, refused to share any information on what the NOC had told them.

At the time of this article’s publication, it has been almost two weeks since the last border crossing opened. Nevertheless, smuggling in Thori continues, the queues at petrol stations still snake across Kathmandu, and the black market continues to supply petrol to anyone willing to pay. The refusal of the NOC—a state-owned monopolist—to share details on how it distributed petrol, diesel, and cooking gas over the past months of scarcity is a scandal. So is the apparent inability of the government to take it to task.

An earlier version of this article misstated the district in which the village of Thori is located. It is Parsa, not Bara.

Jacob Rinck And Gyanu Adhikari  Jacob Rinck is a PhD candidate in sociocultural anthropology at Yale University. His dissertation research focuses on history, remittances, and political change in Nepal's Terai. In Nepal, he has previously worked with the International Crisis Group and for DFID. Jacob can be found on Twitter at @JacRinck. Gyanu Adhikari is a co-founder of The Record.