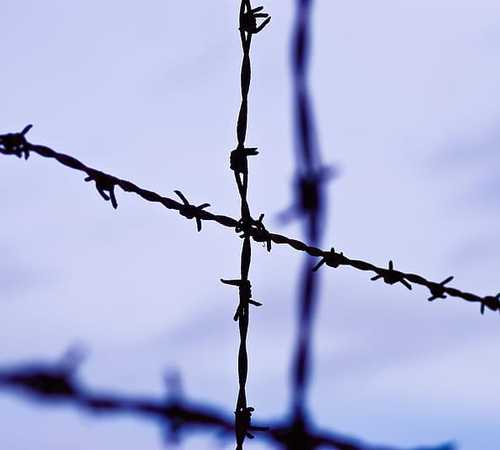 On Monday night, a 40-year-old inmate serving a murder sentence died in a hospital in the capital. The deceased was brought to Kathmandu from Kanchanpur as he was suffering from multiple health complications including heart problems, epilepsy, and tuberculosis. But it was the coronavirus that ultimately took his life.

His death also marks the first confirmed Covid-19 related death of Nepal’s incarcerated. The deceased was one among several inmates from outside Kathmandu Valley with illnesses who are regularly housed at the central jail during the course of their treatment. According to Central Jail authorities, three more inmates — aged 58, 60, and 64 — died on the same day, although it hasn’t been confirmed whether they died of the coronavirus. Their swabs have been collected for testing.

While everyone is shocked by the first Covid death, administrators are more worried about the growing fears among inmates as coronavirus cases have shot up in the Sundhara based central jail. The country’s largest prison complex, the Central Jail, houses over 3,100 inmates across its three separate blocks — Bhadrabandi Griha, Women’s Prison, and Central Jail Building. Its actual capacity, however, is 2,200. As of now, 51 inmates have tested positive while two have recovered.

Prison authorities are still uncertain as to how the virus spread through the prison system. There are currently a total of 111 active cases of Covid-19 in prisons across the country. Prisons in Sunsari and Birgunj have reported high numbers. Inmates in prisons in Banke, Parsa, Siraha, Sunsari, Syangja, and Sindhupalchok have also tested positive. But the highest number of infected are in Kathmandu’s Central Hail. Authorities suspect the virus may have infected inmates while they were being taken to the court or hospital or that the guards themselves may have brought the virus in. An investigation is currently underway.

Even before the Covid crisis set in, Nepal’s prison system was already struggling to create decent living conditions for prisoners. In its 2015 Universal Period Report presented at the meeting of the Human Rights Council in Geneva, the National Human Rights Commission drew attention to the deplorable condition of prisons in Nepal.  “Although eight commisions were formed to improve prison conditions, the implementation of their recommendations has not been satisfactory. Detention centres or jails are overcrowded, and there is a lack of food, health care, sanitation, and recreation,” the NHRC had complained at the global human rights gathering. “Prisoners, those in pre-trial detention, mentally ill persons, and those with the infectious diseases are all kept together.”

The situation has hardly improved since the presentation in Geneva. Instead, crimes have increased, infrastructure has weakened, and the budget meant for prisons goes unspent every year, according to rights activists. Prison administrators say that most prisons, including the Central Jail, are already overcrowded. Given how Covid is spreading inside them, authorities are worried about how to isolate infected patients, prevent further spread, and cure the infected.

“As per existing laws, we cannot release even a  single inmate. Since the Central Jail is already housing inmates well beyond its capacity, isolating infected patients and enforcing social distancing measures to keep the other inmates safe from the virus remains a difficult job,” said Debarsi Sapkota, an information officer at the Department of Prison Management (DoPM).

Read also: Nepal struggling to protect its inmates from Covid-19

The fact that police personnel are also tasked with guarding prisons may have contributed to the spread. The nature of their job requires many to work as frontline workers and crisis respondents, causing them to be routinely exposed to the coronavirus. According to Nepal Police, 1,655 of its staff have so far been infected. Of these, many work inside prisons, putting the lives of thousands of inmates at risk.

In Nepal, there are 23,800 inmates serving jail terms across the country. To reduce the number, and to prevent prisons from turning into coronavirus hotbeds, the DoPM freed 228 children from juvenile centres and pardoned 462 inmates ahead of the lockdown in March. Additionally, the department released 219 inmates after the court ordered the government to release prisoners with a jail term of a year or less, mostly including those doing time for minor crimes.

As Covid cases have spiked in recent months, bodies like the National Human Rights Commission and the Parliamentary Committee have urged the government to take immediate measures to protect inmates from coronavirus outbreaks in prison.

“We have already reminded the Office of the Prime Minister four times regarding the safety of inmates since cases of coronavirus were first detected,” said Mohna Ansari, a member of the NHRC. “But nothing has been done as prisons are the most neglected institutions in our society. There is no testing, no isolation, nor any health facility.”

Ansari argued that inmates could be protected if the government were more serious about their safety. There are other options too.  Several countries have released inmates to lower the risk of virus spread among them. Citing the practices of other countries, she urged the government to release some of the inmates.

“The government should release those convicted for minor offenses and those who have already served a majority of their prison sentence,” she said. “Otherwise, those infected should be shifted to isolation or holding centres. Whether you are an inmate or anybody else, every citizen has a constitutional right to health.”