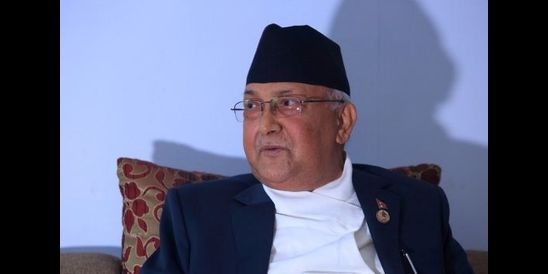 Nearly one-and-half months after a second kidney transplant, prime minister KP Sharma Oli has arrested the attention of the entire nation with a surprising decision. His administration forwarded two contentious ordinances, the Political Party Act and the Constitutional Council Act, to the head of state Bidya Devi Bhandari, which she has swiftly endorsed. In effect, these ordinances make it far easier to split political parties and to appoint members within constitutional bodies without involving opposition parties.

Top leaders from the ruling party rushed to Baluwatar to block the ordinances, but were far from successful. President Bhandari, who is seen as no more than the Oli administration’s rubber stamp, issued both ordinances just as questions were being raised about the relevance of these changes, especially as the country is struggling to manage the crisis resulting from the coronavirus pandemic.

By endorsing the ordinance that revises the Political Party Act, any disgruntled political group can now split and form a new one. This means that any faction within a political party can now call for a split either with the approval of 40 percent of parliamentarians or with the consensus of the party’s central committee. Previously, such a split required both the approval of 40 percent parliamentarians and central committee members. According to legal experts, the Act worked as a safeguard against frequent splits of political parties and promoted long term political stability in the country.

But why did Oli, who boasts a nearly two-thirds majority government, push for an ordinance that will make it easy for his own party, the Nepal Communist Party, to split?

Over the course of the coronavirus pandemic, Oli’s leadership has been embroiled in corruption scandals and faced criticism over repeated failures to combat the health and financial crises induced by Covid19. A section of leaders within Oli’s own party were for unseating him from the role of prime minister. Former rebel chief Pushpa Kamal Dahal, who played a key role in the merger between the Communist Party of Nepal (Unified Marxist-Leninist) and his Communist Party of Nepal (Maoist) ahead of 2017’s parliamentary elections, has been leading an anti-Oli campaign within NCP in recent days. Oli’s position in his party and in the government became increasingly precarious after his former comrades Madhav Kumar Nepal, Jhala Nath Khanal and Bam Dev Gautam joined hands with Dahal. To make matters worse, Oli’s once trusted associate Bishnu Poudel also switched sides, joining Dahal’s camp.

Feeling sidelined in his own party, Oli is aggressively strategizing his claim to the future. By easing provisions for party splits, the PM is giving the Dahal-led former Maoist faction a green signal to split the party if they feel like they can no longer stay unified under existing party structures. This also paves the way for Oli himself to initiate the split, if necessary. Oli seems to believe that his former comrades, including Nepal and Khanal, won’t deceive him if he severs ties with the former Maoists and revives the CPN-UML. In addition, the ordinance paves way for other deeply divided regional parties to split and join the Oli government in case it faces a majoritarian crisis.

By taking all available options required to retain power, Oli has indicated that he is more than ready to head towards an authoritarian path.

At the same time, he has also readied his contingency plan to silence his opponents. The ordinance pertaining to the Constitutional Council Act is aimed at precisely this. Among all constitutional bodies, the one Oli is most concerned about is the Commission for Investigation of Abuse of Authority. The amended Act will allow greater power to the premier in the appointment of CIAA’s members. It has not gone unnoticed by Oli that many high-profile corruption cases involving top former Maoist leaders have been pending for years.

A few days ago, one of Oli’s top aides threatened investigation into a multi-million rupee cantonment corruption case involving former Maoists if they continued to criticise the government. This obvious retaliation surfaced in the media after a section of NCP leaders, mainly former Maoists, continued to question the transparency of the Covid19 medical supplies deal.

For long, Oli and opposition leader Sher Bahadur Deuba were at loggerheads over the appointment of a CIAA member, each pushing for their own loyalist to join. Deuba had also been skipping constitutional council meetings called by Oli. The previous law provisioned a six-member constitutional council, including the chief justice, chief of the upper house, speaker and deputy speaker as well as the opposition leader, led by the PM. However, the deputy speaker’s position has been lying vacant for months. And with Deuba’s absence, Oli has had a hard time appointing his loyalists into the anti-corruption agency. The amended Constitutional Council Act allows the government to appoint members to constitutional bodies even in the presence of only three members if the first meeting called for the same purpose lacks quorum.

Oli’s decision to push for these ordinances makes his commitment to transparency and democratic values suspect. Many have compared Oli’s moves to those taken by former king Gyanendra. Shortly after the royal coup in 2005, Gyanendra announced the formation of an anti-graft commission called the Royal Commission in an attempt to silence leaders of major political parties. The commission, led by former bureaucrat Bhakta Bahadur Koirala, arrested several leaders including the then government chief Sher Bahadur Deuba on charges of corruption.

The Royal Commission was formed even as the CIAA was already in existence and designated to fulfil the same responsibilities. There was so much outrage over Gyanendra’s decision that international aid organisations temporarily suspended aid to Nepal. Following widespread criticism, the Supreme Court scrapped the controversial commission. At that time, Gyanendra’s decision helped bring divided political parties together. They initiated peaceful protests and were eventually able to dethrone the king.

After bringing various critical agencies like the National Vigilance Centre and the National Investigation Department under the purview of the Prime Minister's Office, Oli is now trying to use CIAA as his lapdog. Even as both ordinances, though heavily disputed, have already been promulgated in haste by the president, criticisms have surfaced within the ruling party and beyond. Party leaders across the political spectrum have demanded that both ordinances be withdrawn, but Oli continues to defend his decision.

Given what happened to Gyanendra, one can only imagine what fate awaits Oli if he doesn’t backtrack from this faulty move.