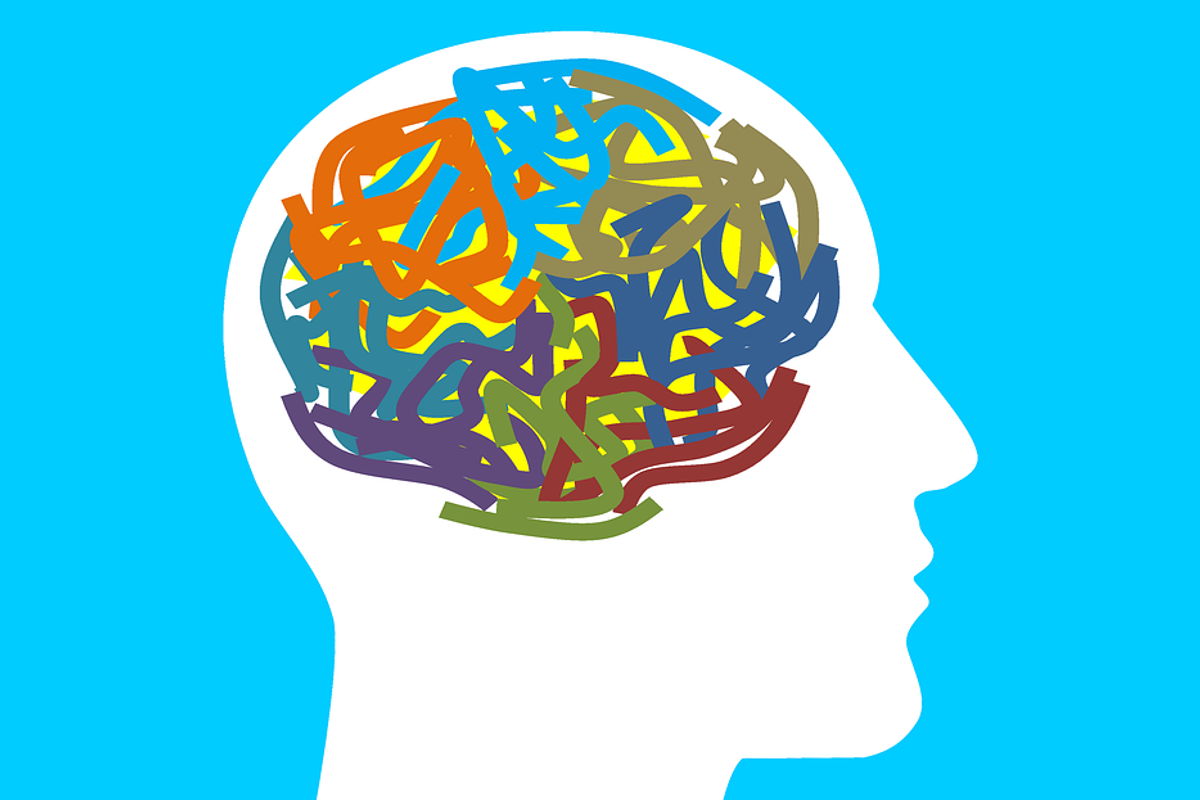 Some days, I feel nothing. Food tastes bland, my mind is exhausted, and there is a knot in my chest that won’t go away. I feel the need to do something -- scream, shout, tear apart the flesh of my body -- anything to just feel. It sounds gruesome but the pain feels like a balm.

This moment can last for an hour or it can last for days. And when it goes away, I find myself having an animated conversation with a friend, burning with passion and declaring my love for the world.

The most difficult question to answer is, ‘How are you?’ Because I never really know ‘how’ I am. Emotions are confusing when you either feel them all at once or nothing at all.

Living with Borderline Personality Disorder (BPD) often feels like going on a rollercoaster ride where you can’t see the end. BPD is characterized by emotional dysregulation, including chronic feelings of emptiness, extreme emotional swings, suicidal ideation, disassociation , impulsive or self destructive behavior, and fear of abandonment. I would describe it as a state of mind where you feel like you are always in the midst of an emotional crisis or having a breakdown. Your decisions are based on your mood and your emotions tend to get the best of you.

It took me a long time to give a name to my condition. I had always struggled with my emotions and had a history of self harm, but I could never bring myself to be honest about my feelings in front of the doctors my parents took me to. I had visited doctors before but all they said was that I had anxiety. I didn’t want to go to the doctors who were familiar with my family as I felt their diagnosis would be prejudiced and I too would be unable to speak my truth free of judgment.

However, one of my closest friends noticed my weight loss, the dark circles under my  eyes, and how I no longer seemed to be present during our conversations. She recommended a doctor based on her personal experiences. This doctor would listen, she told me.

She was right. My first appointment with the doctor she recommended did not last just 15 minutes -- it was a two-hour-long conversation after which I was told to research BPD.

I was confused. I didn’t know what BPD meant. But a conversation with a close friend who was also living with BPD cleared things up. My friend, a 22-year-old student who asked that she be identified only as Soph, and I talked through all the symptoms and I had never felt more validated.

When I first told my parents about the doctor’s diagnosis, I was met with criticism. The conversation about mental health shifted to how I never followed their instructions on how to live life. They took me to doctors they knew well, but after two months and two more doctors, I was once again diagnosed with anxiety. I went back to the psychiatrist who had suggested that my issues seemed consistent with BPD and my treatment finally began.

My experience of recognizing my mental health issues and seeking help is not unique; it is an experience shared by many young people who recognize that they have problems and need professional advice.

A 20-year-old student who also asked that she only be identified as Gautam reported similar experiences.

“It wasn’t something I woke up and had, I had always felt this way,” said Gautam, who had been medicated for anxiety and depression since she was 15.  “After two weeks of evaluation, I was told that I had BPD. When they explained what it was, the symptoms felt familiar to me.”

Most people living with BPD feel the symptoms early in their teens and often, their feelings are dismissed as hormonal teenage issues. A medical diagnosis only takes place after the age of 18, say psychiatrists. Gautam herself was diagnosed with BPD at age 20.

“Borderline Personality Disorder is something that can only be diagnosed once you turn 18. It cannot be diagnosed in teenagers as we believe that the personality reaches maturity only after 18,” said Dr Rishav Koirala, a psychiatrist.

According to Koirala, as opposed to other mental health conditions such as depression or generalized anxiety, BPD is often more contentious, even among psychologists and psychiatrists. A 2019 study states that despite personality disorders becoming “internationally recognised as a mental health priority”,  “there are no systematic reviews examining the global prevalence”. Koirala said that just five years ago, he was discouraged from conducting research on personality disorders.

“People don’t believe in its existence,” he said. “Over the years, Nepalis have slowly started to accept the existence of depression and anxiety but BPD remains a new concept for Nepal. Symptoms of BPD also overlap with other disorders and it takes meticulous evaluation of their history and environment to diagnose someone with BPD. You cannot have a 5-minute conversation with patients and diagnose them with BPD.”

Often, it takes an escalation in symptoms for individuals and their families to begin taking things seriously. Soph, the 22-year-old, said that her parents only became serious about her mental health when she attempted suicide.

“People and even psychiatrists have reservations about personality disorders. My college counselor had talked to me about BPD so I did my research and went to see a therapist. But she had reservations and asked me how I knew about the symptoms. I told her that I had done my research and gone through articles when nobody listened to me,” she said, who was eventually diagnosed with BPD by the same therapist.

Even after being diagnosed, there is little that doctors can do. There isn’t any specific medication for BPD, only for symptoms that overlap with other mental disorders, said Koirala. People diagnosed with BPD are advised to undergo Cognitive Behavioral Therapy (CBT) and Dialectical Behavioral Therapy (DBT). While CBT is designed to examine an individual's interactions with their thoughts, feelings, and behaviors, DBT teaches people how to manage their emotional extremes and adjust their problematic thought patterns.

“During the course of CBT and DBT, we try to teach our clients skills to manage their emotions, as BPD is an emotional unstable personality disorder,” said Punjita Pradhan, a mental health counselor.

During CBT and DBT, individuals learn to make lists of healthy and unhealthy coping mechanisms and acknowledge how they truly feel about themselves. In my own recent session, I realized that although I tend to deny how much appearances matter to me, I am conscious of how I present myself. These are the kinds of revelations that help individuals cope with any intrusive thoughts and ideas that might arise.

“Not knowing who you are, trying to find love for yourself, and being okay with people in your life not being permanent can all be difficult. So a diagnosis can feel normal,” said Gautam.

Doctors, however, say that acknowledging the disorder and seeking a diagnosis is the first step towards learning to live with BPD. Talking about your issues with others can not just help individuals, but also go a long way towards getting rid of the stigma against mental health problems.

“People with BPD have survived years of processed trauma. Most people diagnosed with it are highly empathetic, sensitive, and creative. Stigmatization of the disorder will only lead to misunderstandings and increase disruptive symptoms,” said counselor Pradhan.

Both Pradhan and Koirala suggest introspection as an effective tool to deal with BPD. Knowing oneself can help alleviate intrusive thoughts and negative behaviors by excavating the root of the problem.

“Try to know yourself,” said Koirala. “It is because of a lack of sense of self that people have difficulties regulating their emotions.”

That acceptance was hard to find for me but eventually, I did. I have BPD, I am on medication but the disorder doesn’t define me. My journey towards healing started the day I decided to go to the doctor. I’ve realized that we must trust in ourselves to seek help. It is not our family nor our friends who spend 24 hours in our minds, but ourselves. Even if we don’t know why, we know how we feel, and it is important to acknowledge everything we feel, without any judgment of whether it's good or bad.