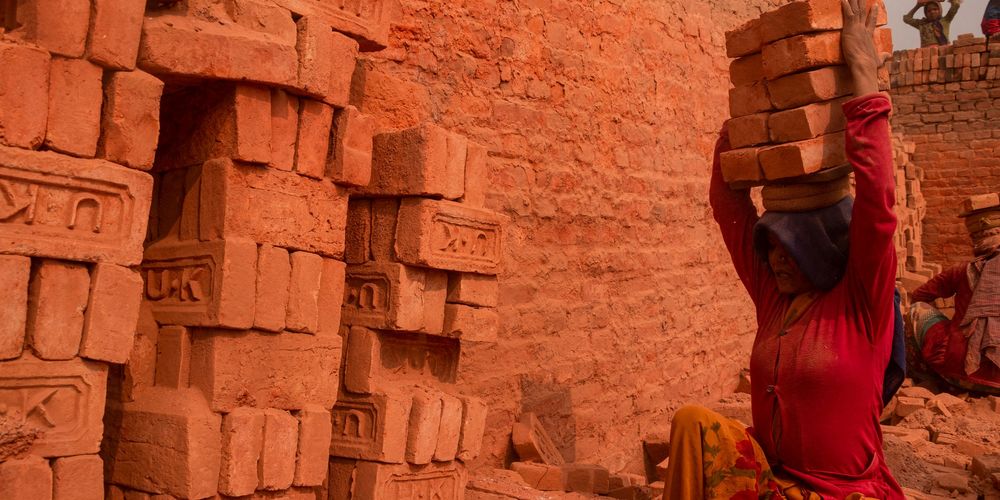 “The world’s favorite season is Spring; all things seem possible in May,” wrote American naturalist Edwin Way Teale in his 1951 classic North with the Spring. There is something intrinsically hopeful about the month of May that has led many artists across disciplines and cultures to romanticize the beginning of summer.

For most of Nepal, late-April marks the end of the winter cropping season. The Bikram Sambhat calendar renews itself halfway through April, bringing with it a new year and a fresh sense of anticipation and excitement. Nepal’s wildfire season also begins to slow by mid-May, which has direct ramifications on farming practices and, as we saw rather dramatically this year, air pollution.

The first day of May is observed around the world as International Workers’ Day, also known as Labour Day or May Day. It commemorates the Labor Movement, a catch-all term used to describe several global events that have helped usher in structural reforms that saw large positive impacts for the working class, including caps on daily working hours, mandatory breaks, and paid leave for illness or maternity.

Unfortunately, most of these considerations do not apply to workers engaged in Nepal’s informal sector. These workers, who include daily wage construction workers, street vendors and rickshaw pullers, are generally unregistered, and thus invisible to policy enforcement, official datasets, tax records, and emergency impact evaluation studies. The Central Bureau of Statistics estimated in 2019 that more than 62.2 percent of the national workforce is engaged in informal work.

A recent study led by the Kathmandu-based social think-tank Centre for Social Change found convincing evidence that informal workers were hit the hardest by the pandemic, particularly the lockdown months. These unregistered employees, who are already structurally vulnerable to low and fluctuating incomes, difficult working conditions, hostile work environments, and scarce legal protections, were found to have shouldered a disproportionate share of the pandemic’s economic costs.

Another study, conducted by the Himalayan Climate Initiative, found that many women, both in formal and informal sectors, faced disproportionate pay-cuts and layoffs during the lockdown period. The study posits that these economic shocks were further exacerbated by increased household work and growing instances of domestic violence and abuse. Its findings highlight a key issue that labor standards have failed to address – women are the intersection between economic health, informal work, and chronic social issues.

Last year’s Labor Day saw a global outpouring of appreciation directed at essential workers and medical staff. The pomp and circumstance expected on May 1 around the world in the form of street parades and military processions were replaced by more pandemic-friendly campaigns, such as trending hashtags, digital donation drives, and programs providing front-liners with food and other essentials. A spattering of pop-up campaigns provided similar support in Nepal, too. But without addressing the plight of Nepal’s informal workers, no pro-labor campaign can be effective, given the disproportionate size of the workforce they occupy.

The citizens of Nepal experienced a collective déjà vu last Monday as officials announced a 15-day lockdown, predicted by many to extend to multiple months, starting on Thursday, April 29.

Last year showed us the devastating social, developmental, economic, and life costs of a premature countrywide lockdown. The promise of federal governance that came with the promulgation of the 2015 Constitution seemed to fall apart as economies tanked, even in districts without a single recorded case of Covid-19 prior to the nationally enforced lockdown.

This time feels different. The novelty of the first lockdown is entirely missing. We are now armed with a year’s worth of data showing its harmful long-term effects. The vaccines, partly due to the utter mismanagement of its procurement and distribution processes, have proven not to be the deus ex machina many were hoping for. Thus, the recently announced lockdown feels entirely earned and necessary. Daily Covid-19 cases have been rising sharply, and if India is any indication, the worst is yet to come.

It is obvious that Nepal needs a plan to pull itself out of the abyss it will find itself in post-pandemic. An aggressive push towards employment creation programs could theoretically revitalize the economy and provide opportunities to workers, many of whom have nowhere to go to escape the invisibility of the informal sector. The answer might just be hidden in plain sight.

Environmental issues, most notably air pollution, took centerstage in national discourse between the lockdown periods, despite a steady rise in Covid-19 cases and several eventful political happenings. As the country struggled through its most challenging wildfire season in recent memory, the government’s unspoken position appeared to be to just wait for rain. Frustrating at first glance, sure, but sadly understandable given the lack of any extinguishing mechanism, ground or aerial, available at the required scale.

The ‘Big Push’ model in development and welfare economics refers to a centrally planned economic growth strategy that emphasizes the decision to either expand or not depending on its expectations of what others will do. Although controversial due to its inherent oligopolistic market structure assumption, there is some scope for optimism in the model because of its decidedly long-run approach.

The establishment and expansion of Bangalore as a regional tech hub is a good example of a Big Push in action. Central and state governments in India decided to invest heavily in building a solid information technology infrastructure in the southern Indian city as far back as the early 1980s, long before Bangalore became known as the ‘Asian Silicone Valley.’ The campaign included simultaneous investments in essential hardware such as heavy-duty servers, founding of nearby software-focused engineering colleges, support given to call-center businesses, and tax-breaks designed to incentivize entrepreneurs to move to Bangalore to test their start-up ideas.

Prime Minister KP Sharma Oli recently restated Nepal’s commitment to the promotion of a climate-resilient development strategy, aiming to move towards a zero-carbon economy during the Climate Ambition Summit of December 2020. The address was largely received as run-of-the-mill political lip service by the climate activism community, par the course in the era of the Paris Climate Accord. Still, there is immense opportunity in strategizing the nation’s public and private sectors to focus on green post-pandemic recovery.

A long-run Big Push, like in Bangalore, towards a deliberately green natural resource and infrastructure investment, could prove to be Nepal’s road to recovery out of its current economic and environmental state.

Writing for UNDP Nepal, climate resilience and inclusion expert Simon Lucas argues that Nepal is uniquely positioned to leap-frog from the fossil-fuel intensive growth processes of the past by shifting focus towards newer sustainable technologies and climate financing options. Investment in natural resource preservation, infrastructure, and green urban development can lead to the creation of thousands of jobs in tourism, agriculture, and forestry.

EQ International editor Anand Gupta writes about the potential of government-backed loans and targeted tax relief programs that authorities can explore to incentivize climate-compatible investment in the post-Covid era. Community-driven forest-based enterprises alone have the potential to create 100,000 full-time jobs. Employment programs seeking diverse participation can not only provide good sources of income and stability for poor and marginalized groups, but can also contribute to the better management of natural resources, which in turn will reap positive returns in agro-tourism, further looping back to stimulate more employment.

This is not an easy proposition to execute.

Nepal does not have a very promising history of long-term economic planning, or even sticking to plans announced by previous administrations, especially at the scale I am suggesting. It will also be expensive. The first decade or so might require a significant portion of the GDP just to execute, if not in the form of foreign aid then in the form of tax revenue that would have been used elsewhere. But if the country’s leadership accepts the challenge, Nepal could position itself to emerge out of the 2020s in not just better economic shape, but also having solved many of its environmental and economic problems along the way.