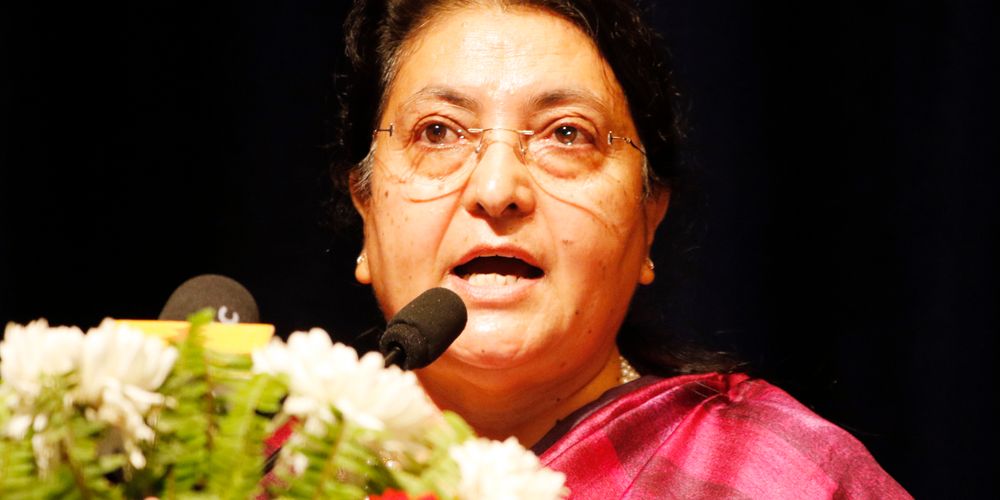 In the landmark Sher Bahadur Deuba v. Office of President case, the five-justice Constitutional Bench of the Supreme Court of Nepal ordered the president to appoint Sher Bahadur Deuba as the new prime minister and reinstate the dissolved House of Representatives. Furthermore, the court also issued a prohibition order to political parties to not disqualify parliamentarians for exercising their individual right under Article 76 (5) of the constitution to choose a prime minister.

In doing so, the court unanimously ruled that President Bidya Devi Bhandari’s decision to dissolve the House on the recommendation of Prime Minister KP Sharma Oli and call for early elections was unconstitutional. Additionally, the court stated that the president’s actions were fundamentally against the constitution, democratic principles, established norms, and constitutional morality.

This judicial pronouncement is historical; it is an important milestone in Nepal’s political history as it reins in the rubber-stamp tendency of the president and her unholy alliance with the prime minister that acted as a critical catalyst in weakening and dismantling democracy.

After being appointed prime minister, under Article 76(3), Oli underwent a floor test and was unable to obtain majority support from the House of Representatives. Subsequently, the president initiated government formation under Article 76 (5), after which Deuba, along with signature and support from 149 of 275 members of the House, submitted his claim before the President. But Oli, who had just lost the vote of confidence, claimed support from 121 UML and 32 Janata Samajbadi Party lawmakers.

READ OUR NEWSLETTER: The many sins of President Bidya Bhandari

President Bhandari rejected both claims, dismissed the House, and declared elections under the existing Oli government. According to the president, votes from 12 Janata Samajbadi Party members, whose support was claimed by both candidates, and 26 UML members, who were supporting another party’s candidate, might potentially be disqualified; hence, neither of the two candidates had adequate ground to prove their majority.

Even if the president had doubts, she could have sent both petitions to the House for a floor test. But her decision to reject both claims and endorse dissolution of the House, that too at midnight when the whole nation was asleep, raised serious questions about her adherence to the constitution and her alliance with Prime Minister Oli.

An unholy alliance in the making

The assertion of an unholy alliance between the president and the prime minister did not arise from a single event but from the culmination of many events that took place ever since the intra-party rift among the erstwhile Nepal Communist Party emerged.

When the internal rift between the then ruling party was at boiling point, Oli introduced an ordinance making it easier to divide political parties, which was swiftly endorsed by the president. Though President Bhandari was criticized for her role, the controversy ended soon as the two party leaders — Oli and Pushpa Kamal Dahal — agreed to an internal truce and the ordinance was withdrawn as a result. However, the accord did not last very long.

Within a few months, Oli once again introduced an ordinance changing the rules of appointment to various constitutional bodies. The Constitutional Council — a constitutionally mandated mechanism that appoints officials to crucial constitutional bodies like the Election Commission, National Human Rights Commission, and the Commission for the Investigation of Abuse of Authority — required membership and assent from both the ruling and opposition parties, in light of the non-partisan character of the commissions. Oli’s ordinance, however, would allow the prime minister to make appointments without the assent of the opposition. Yet again, the president again gave swift assent to the ordinance.

Moreover, as the internal rift grew in the ruling party, President Bhandari began to play an active role in ruling party affairs. Rather than being the president of everyone in the country, Bhandari chose to be a partisan actor of one particular party and later, of one faction of that party.

The final straw came when she dissolved the House at Oli’s behest, not once but twice.

READ ALSO: The devil on one side and a pandemic on the other

Pride before the fall

When Deuba, along with other parliamentarians, went to the Supreme Court questioning the president's decision, her office argued that her decision, even if it was flawed, could not be subject to judicial review.

In her written reply to the court, the Office of the President argued that the authority President Bhandari had exercised under Article 76(5) was not on the recommendation of anyone but her agency alone. Therefore, her assessment of whether sufficient ground has been presented​ ​(​or not​) was based on her own subjective satisfaction, something that cannot be invalidated or reviewed by the courts. Furthermore, the office argued that the decision to dissolve the House was taken while performing her duty to abide and protect the constitution, which too cannot be invalidated by the court.

The Supreme Court, after citing precedence from other democracies where such arguments and decisions of the President have been invalidated, categorically stated that the president is not above the law and her actions are subject to legal review. The court stated that as the process of appointing the prime minister is related to the functioning of the constitution, democracy, and rule of law, the president cannot describe it as a prerogative right. The court thus went ahead and deemed her actions unconstitutional, reinstating the House and asking her to appoint Deuba as prime minister.

In the political system adopted after the end of the monarchy by the 2015 constitution, the president is a non-executive authority. It’s the Council of Ministers that exercises executive power. However, this doesn’t mean that the constitution envisions the president as just a rubber stamp for the executive or the legislative.

India, which has a similar system to Nepal’s, has had presidents like Fakruddin Ahmed who readily assented to every recommendation, like the imposition of an emergency and the suspension of civil liberties. But it has also had presidents like Giani Zail Singh, who withheld assent on controversial bills passed by Parliament. Even the recent president, Pranab Mukherjee, has in some instances defied and acted against the government’s recommendation. These presidents have been able to express their displeasure while managing not to create larger political crises.

I am not making the argument that President Bhandari should have defied Prime Minister Oli. The President of Nepal has even less authority than the President of India, so the example is not totally analogous. Given the nascent stage of our republic, presidential customs have yet to be set in stone. However, that doesn’t prevent the president from expressing their doubts against actions that they deem to be against the spirit of parliamentary democracy. For instance, the president could have privately expressed her displeasure or even let the public know of her reservations. Importantly, she could have delayed endorsing the government's recommendation to dissolve the House, giving time to develop wider political consensus.

After a long struggle and many political upheavals, the century-old monarchy was removed to establish a republic. In a sense, in the absence of a monarch, the president is the primary symbol of the nascent republic and the new system. Therefore, the president, who is constantly compared to the monarch, has an additional burden to perform their duty cognizant of the faith that has been bestowed upon the institution.

President Bhandari’s activities over the years have been far from impartial. Her blatant display of partisan preference has been detrimental not only to democracy but also to the idea of the republic. Confronted with such a head of state, the judicial pronouncement was a welcome reminder that the Office of the President, unlike the monarchy, is not above the law.