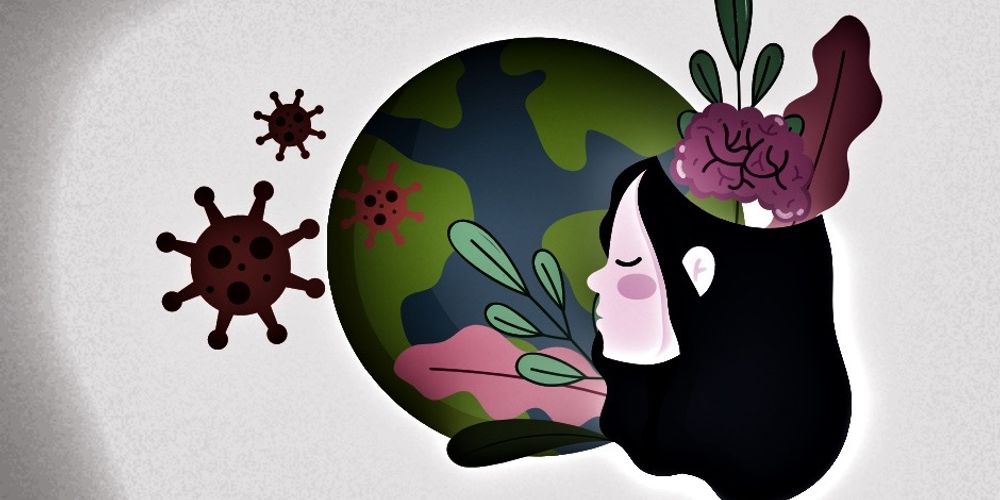 May was Mental Health Awareness Month, but stories surrounding this issue occupied unsurprisingly small space in the national discourse, as the country’s attention oscillated between the ongoing surge in Covid-19 cases and the spectacle surrounding yet another round of Parliament dissolution and ill-advised election plans.

The uninitiated might argue that 2021 has been too eventful, that there were more pressing matters for Nepalis to be concerned about than have an immediate desire to engage in conversations about mental health. The year is almost halfway through, and 2021 has thus far been marked by events that read like a rap sheet of national misfortunes. Lows include the dangerously mismanaged second wave of Covid-19, widespread confusion over vaccine procurement and distribution, environmental crises including record wildfires and hazardous air pollution, rising unemployment, nationwide economic chaos, and the aforementioned national sport of distraction that is politics. Still, dismissing mental health can be dangerous.

READ MORE: Be kind to your mind: preserving your mental healthy

Much has been written regarding the various psychological effects of lockdowns. Physical distancing, school and office closures, the omnipresence of masks, and the scrupulousness with which we approach the previously mundane activity of washing hands are important to help protect us from the virus. However, our collective plunge into this new realm also began to take its psychological toll early on. A year later, the effects have compounded.

Those of us privileged enough to have a shelter in place, work from home, and make it out of the labyrinth of getting vaccinated unscathed are certainly safer now than the thousands of unemployed daily-wage workers or the frontliners directly confronting Covid-19 in hospitals. Health, however, is both physical and mental. Prioritizing one can often come at the expense of the other.

Discussions on mental wellbeing during the first lockdown revolved around feelings of isolation, anxiety, boredom, loneliness, monotony, and stress. The original triggers have since been supplemented with newer ones. A widely circulated recent New York Times article gave the feeling of emptiness, sluggishness, and lack of motivation a name -- ‘languishing,’ declaring it the “dominant emotion of 2021.” The current Nepali predicament, however, feels less easy to reduce to simply a lack of inspiration and focus.

With the case count rising each day, degrees of separation between Covid-19 patients are shrinking. Stress and anxiety are running high as the virus penetrates through communities, bringing with it news of personal contacts becoming infected, recovering, or not making it. Speaking to The Indian Express, Dr Jyoti Kapoor posited in a recent article that psychological effects this time around are worse because everything seemed to be returning to normal after the first wave. Additionally, the vaccines, which felt like a respite at the time, have themselves become an added stressor as local rollout processes have been shrouded in confusion and frustration. All the while, economic strains carried forward from 2020 have compounded over time.

A recent report from Tamil Nadu shed some light on differences observed by psychiatrists between cases in 2020 and 2021. While the first wave saw patients seek help with anxiety and panic attacks, the second wave has seen more cases of grief counseling, following deaths of dear ones. Many have expressed deep sadness over the lack of closure from not being able to say goodbye to the deceased. Disorders like insomnia, schizophrenia, regular panic attacks, and depression are on the rise as tensions mount with each passing week.

Unfortunately, Nepal does not have a comprehensive country-wide database of mental health indicators, leaving researchers to rely on estimates and anecdotal evidence. A 2019 review article published in the International Journal of Mental Health Systems cited an estimate by the Ministry of Health and Population that about 15 to 20 percent of the country’s population is likely suffering from some form of mental condition. An inquiry into Covid-era reports paints an even grimmer picture. A shocking July 2020 report using data compiled from the Nepal Police suggested that at least 20 people had committed suicide every day in the country, up around 33.33 percent from pre-pandemic times.

The Nepal Health Research Council’s (NHRC) too recently published a national mental health survey, a landmark step in providing a previously unseen glimpse into the psychological status of the country. However, a quick glance at the highlights engenders more questions than answers.

Ten percent of the 9,200 adult participants from across the country were reported to have suffered from some kind of mental health disorder in the past; 4.3 percent were found to be suffering from one at the time of the survey. The national prevalence of suicidality, an aggregate measure compiling suicidal thoughts, previous attempts, and self-reported likelihood of future attempts, was found to be 7.2 percent. A mere 40 percent of adults were reported to have discussed their symptoms with someone, while an even more worrisome 23 percent sought professional treatment.

The reliability of these numbers is uncertain as the report is conscientious enough to mention the role of stigma. Shame and other attitudinal barriers get in the way of seeking treatment, or even answering survey questions truthfully. The true footprint of mental health disorders in Nepal is thus almost largely unknown. What we do know is that the pandemic has exacerbated the situation.

Besides the Covid-19 surge, 2021 has also seen several environmental crises. The period between the first and the second lockdowns saw record wildfires, unprecedented air pollution, and looming danger of glacial outbursts growing in the delicate Himalayan ecosystem. We have known for a while that the Hindu Kush Himalaya region is warming faster than the global average. We also know that Nepal’s diverse geography presents unique challenges in creating climate change mitigation and adaptation plans.

Despite decades of warnings from the scientific community, not unlike in the case of the pandemic, Nepali authorities have been negligent in incorporating necessary climate resilience measures. While environmental concerns do feature in national plans, their poor enforcement is justified with claims of more important priorities taking over. However, the climate crisis is deeply connected with both Covid-19 and mental health, and cannot be viewed as a singular phenomenon.

Writing for Nature in April 2020, Jack C Lennon speculated about the cyclical seasonality of Covid-19. There was decent consensus at the time of writing that the virus would become relatively inactive during summer months and return with second, third, and fourth waves in subsequent years. While the global medical community has disrupted this narrative, with vaccines arriving sooner than anticipated, one is compelled to wonder what pandemic administration would have looked like under a cyclical model. Wildfire seasons in Nepal provide a pessimistic hint.

The 2021 fires showed how unprepared Nepal is for such emergencies, despite decades of data pointing to the need for seasonal preparation, and the scientific community’s longstanding warnings linking global warming with forest fire frequency and intensity. Instead, the country was shrouded in smoke while the authorities waited for rain to simply wash the crisis away.

As Covid-19 surges across provincial borders, citizens could be differentially impacted by other infectious diseases based on geographic factors. The lung damage caused by air pollution, and its contribution to the deadliness of the current wave of the virus will perhaps be revealed by studies in the future. Other effects of climate change such as wind/rainfall fluctuations and extreme weather events are also connected with infectious diseases and susceptibility to Covid-19.

Meanwhile, concerns regarding the aggravation of another potential pandemic -- suicide -- is growing the world over. A 2020 study published in JAMA Psychiatry found the peak months for suicide deaths fall between late spring and early summer, exacerbated by pandemic-related stressors such as economic strain, social isolation, decreased access to religious/community support, and barriers to mental health treatment.

Mental health is impacted by the socio-economic and psychological components of climate change. Warming alone is directly associated with increased risks towards infectious respiratory diseases and higher suicide rates, especially as pandemic disruptions make it more difficult to seek help. Unfortunately, climate change occurs slowly enough for it to seem almost invisible to those focused elsewhere.

Nepal is currently going through multiple crises all at once -- physical, mental, environmental, and economic. The leadership is already late in awakening from its fantasy of managing the pandemic as a solitary effort. Even still, every new act of political maneuvering between parties and mudslinging between politicians in preparation for the upcoming elections read like insensitive, inappropriate, cruel death sentences to their citizens.