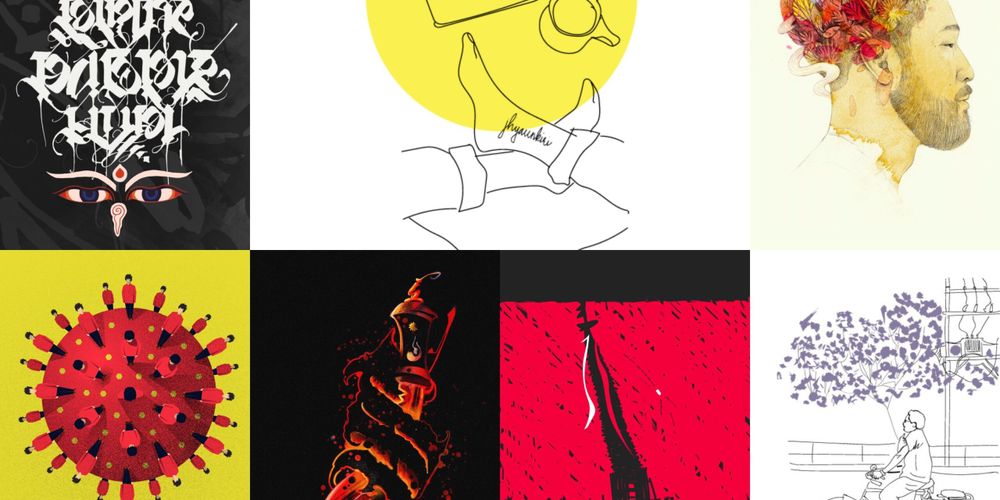 Covid-19 is alive and well in Nepal, as rising case numbers show. With a second wave engulfing India, there are fears that the same could happen in Nepal. Many are wondering if a second lockdown is in the cards but as of yet, there’s no real indication of the government implementing precautionary measures like the ones instituted last year at the beginning of the pandemic.

The four-month lockdown thus remains fresh in our memories and once again, The Record looked towards visual artists for their take on the lockdown and the pandemic with the second part of our mini-series.

Abha Dhital is a writer and illustrator whose works underline the everyday observations of the world outside and within her. 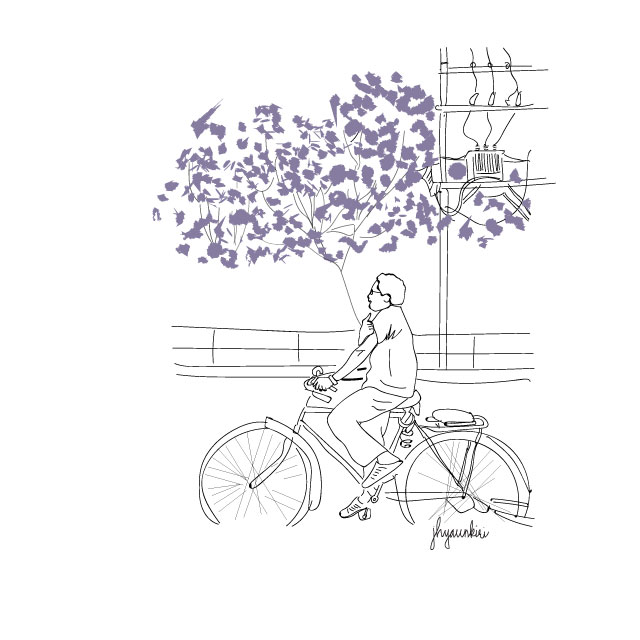 I drew this in the summer from within the constraints of home, thinking of all the jacarandas that were probably taking over Kathmandu at the time. I wondered if they were blooming in all their glory, for finally there was so little pollution. Or were they (maybe) missing the spectators who admired them as the only good thing about Kathmandu. 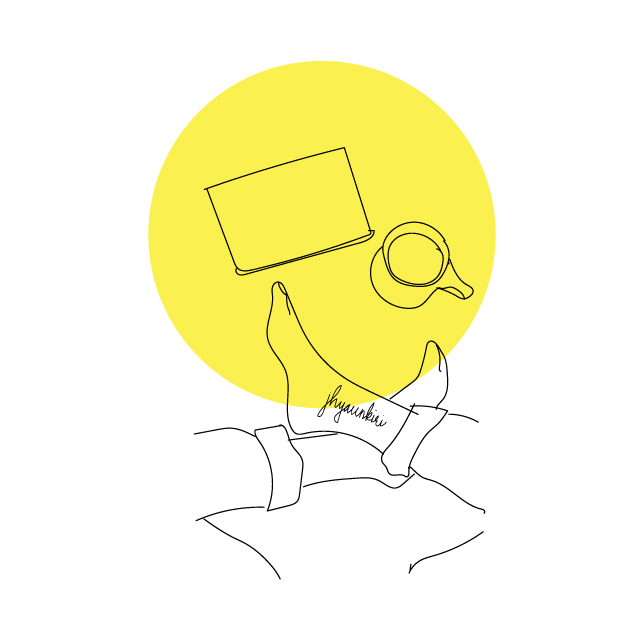 For the last couple of years, I've felt like I never had enough time or energy for the things I love to do. During the lockdown, while under unfortunate circumstances, I had a fortunate abundance of both time and energy to do things that really feed my soul. This illustration sums it up. I read a lot and drank a lot of tea.

Ubahang Nembang is an illustrator, graphic designer, and sometimes a writer. He loves to paint in watercolor and draw moody landscapes with water buffaloes and long-tailed kites above enormous pine forests. In his spare time, he loves to cook, drink tea, and plot stories in his head. 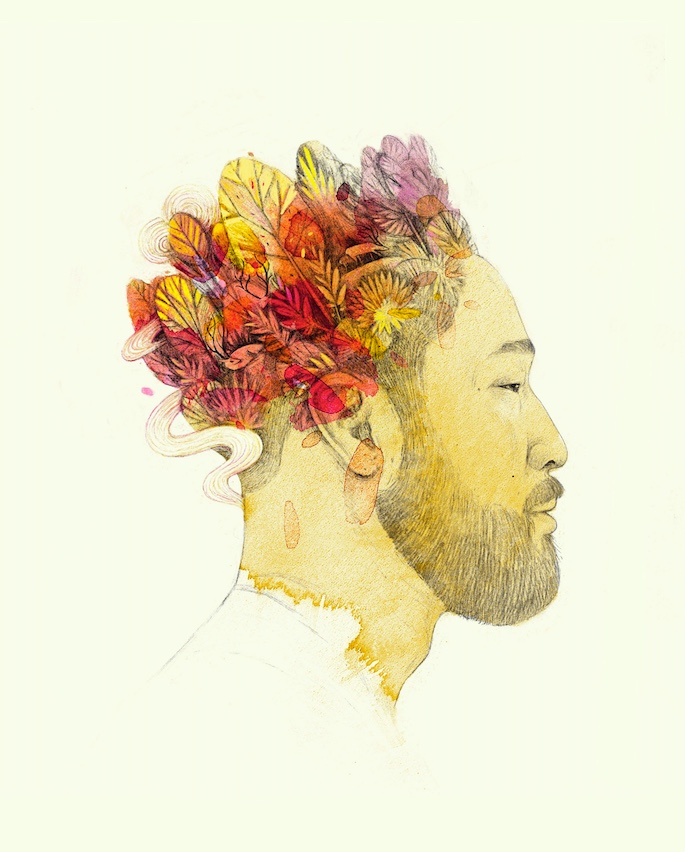 I made this artwork during the lockdown period and it addresses my mental state, the idea of taking a deep breath, pausing and appreciating the simple things about life. Initially, it started as a crown of flora and fauna, where the autumn forest grows out of a person's head. I wanted it to be whimsical with the deer in the forest, something that was peaceful, happy, and positive. Being stuck in the house, I liked the idea of people being stuck within themselves and their thoughts literally manifesting on their heads like a halo or a crown.

Sabin Bhandari is a multidisciplinary designer who works with digital and physical products. He is the co-founder of Threadpaints, Butta, and Littlethings and is currently working as a Lead/UX designer at RARA Labs.

Title: We're all anxious in here 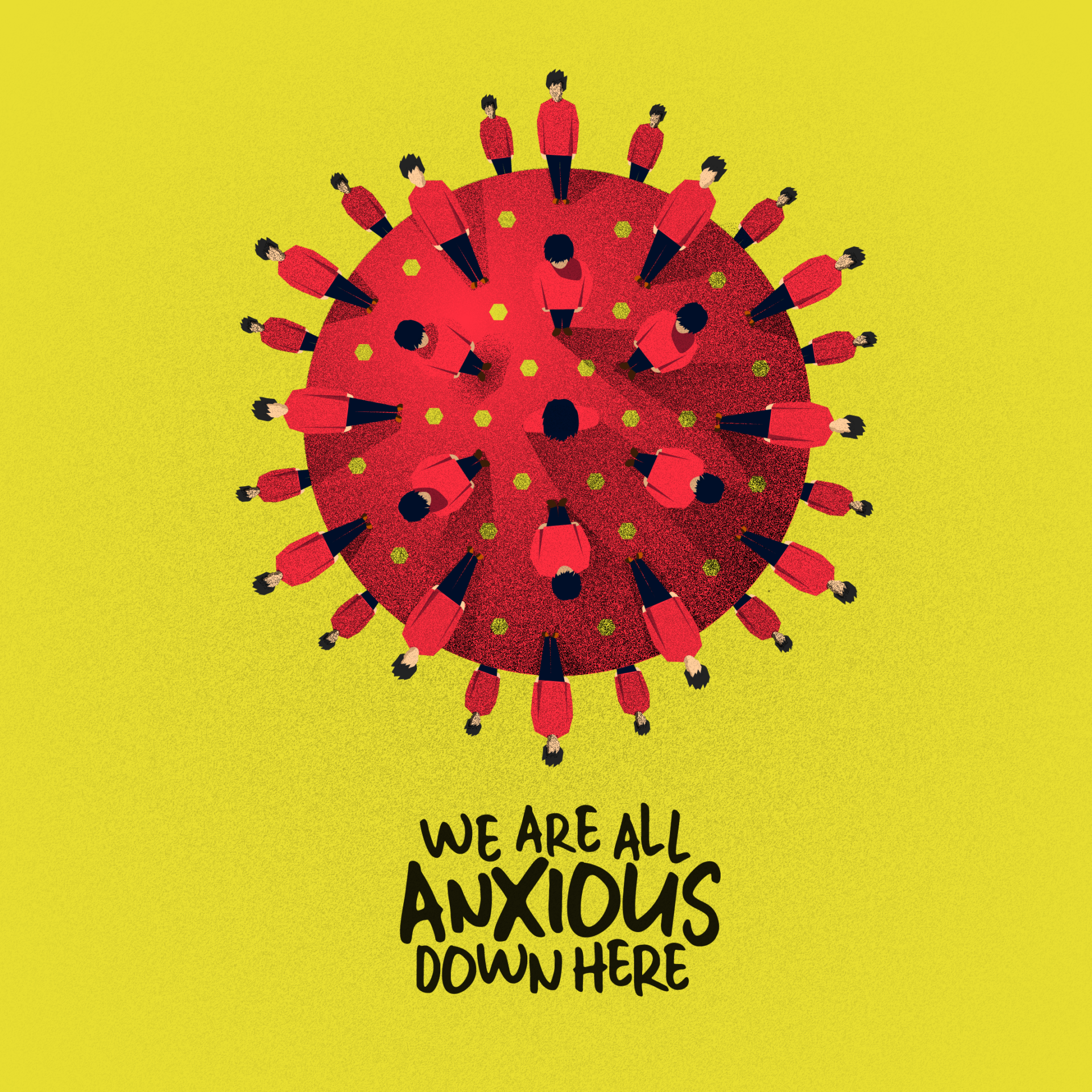 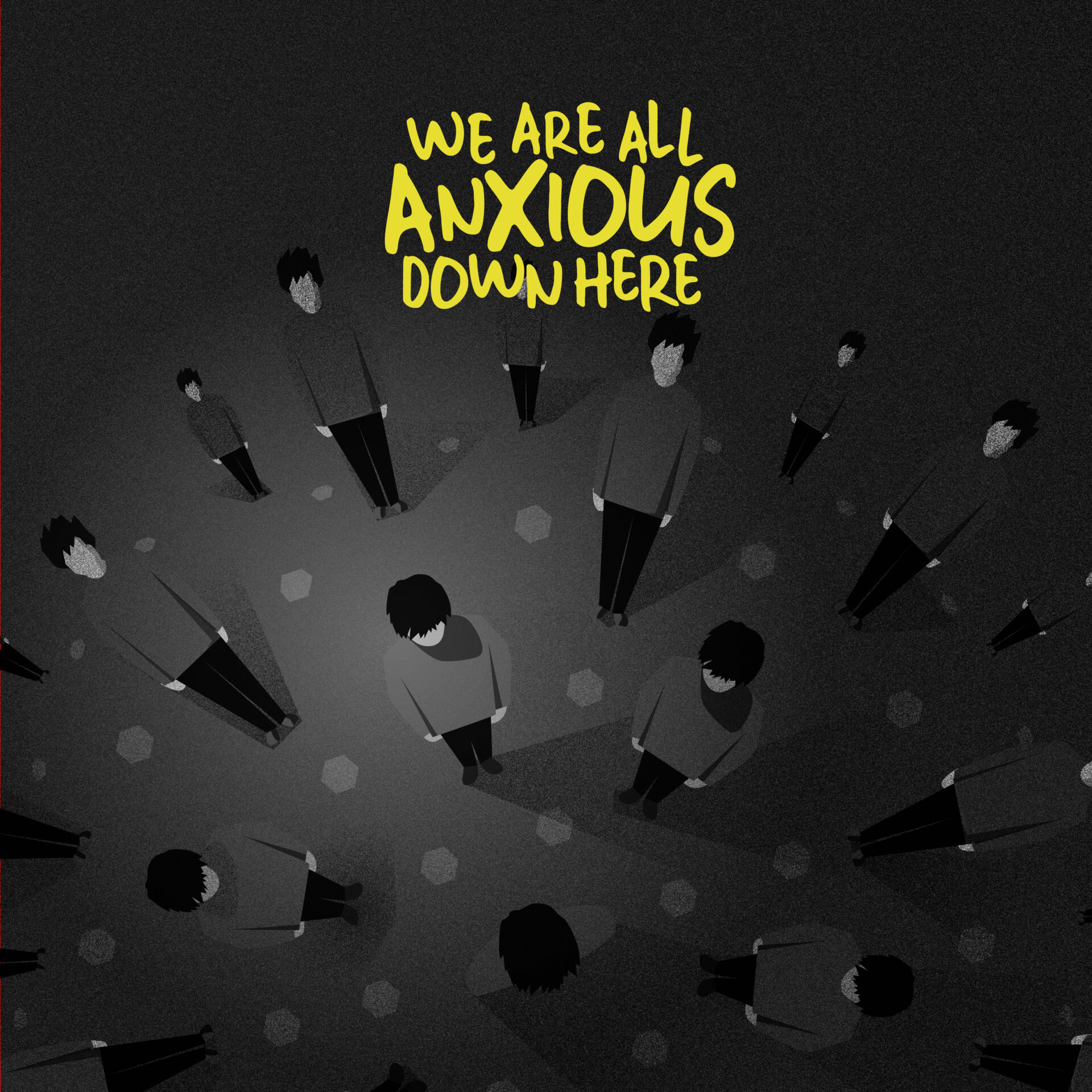 I made this design in response to the daily anxiety most of us were feeling due to uncertainty. The first part of the illustration was to show the anxiety we were facing due to the coronavirus and the lockdown. It was a time of uncertainty in everything, from news reports to what would happen next. The second part of the illustration was more personal, I wanted to represent that we are all anxious in our own way. 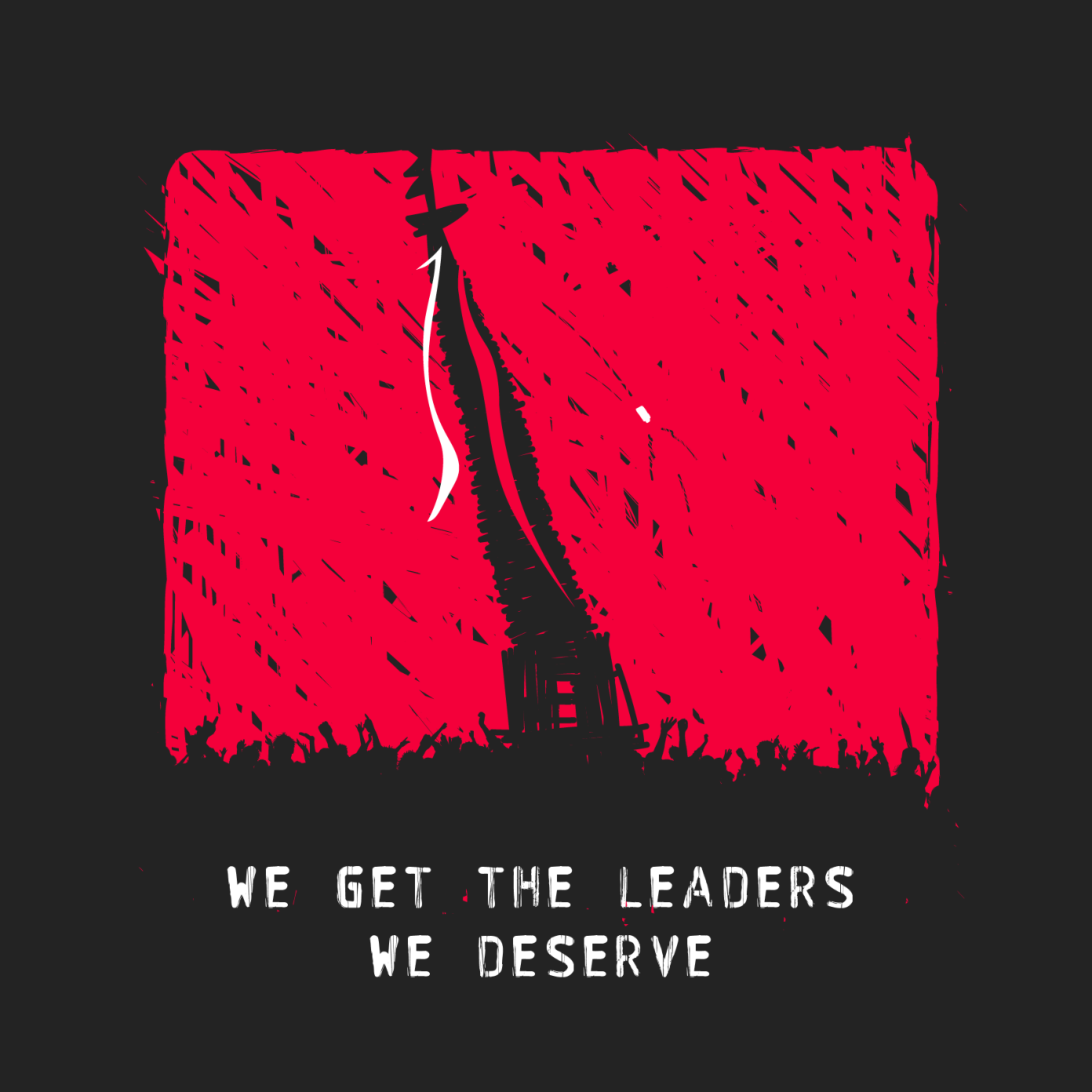 This is a quick illustration that I made in response to the riot that occurred during the Rato Machhindranath jatra and our frustration at the repeated incompetency shown by both our federal and local leaders.

Srijan Ulak, also known as ‘sathihandstyle’ has been doing ‘calligraffiti’ since 2016. Ulak utilizes mantras and sloks from Hindu and Tibetan sources, and also draws inspiration from different forms of nature. 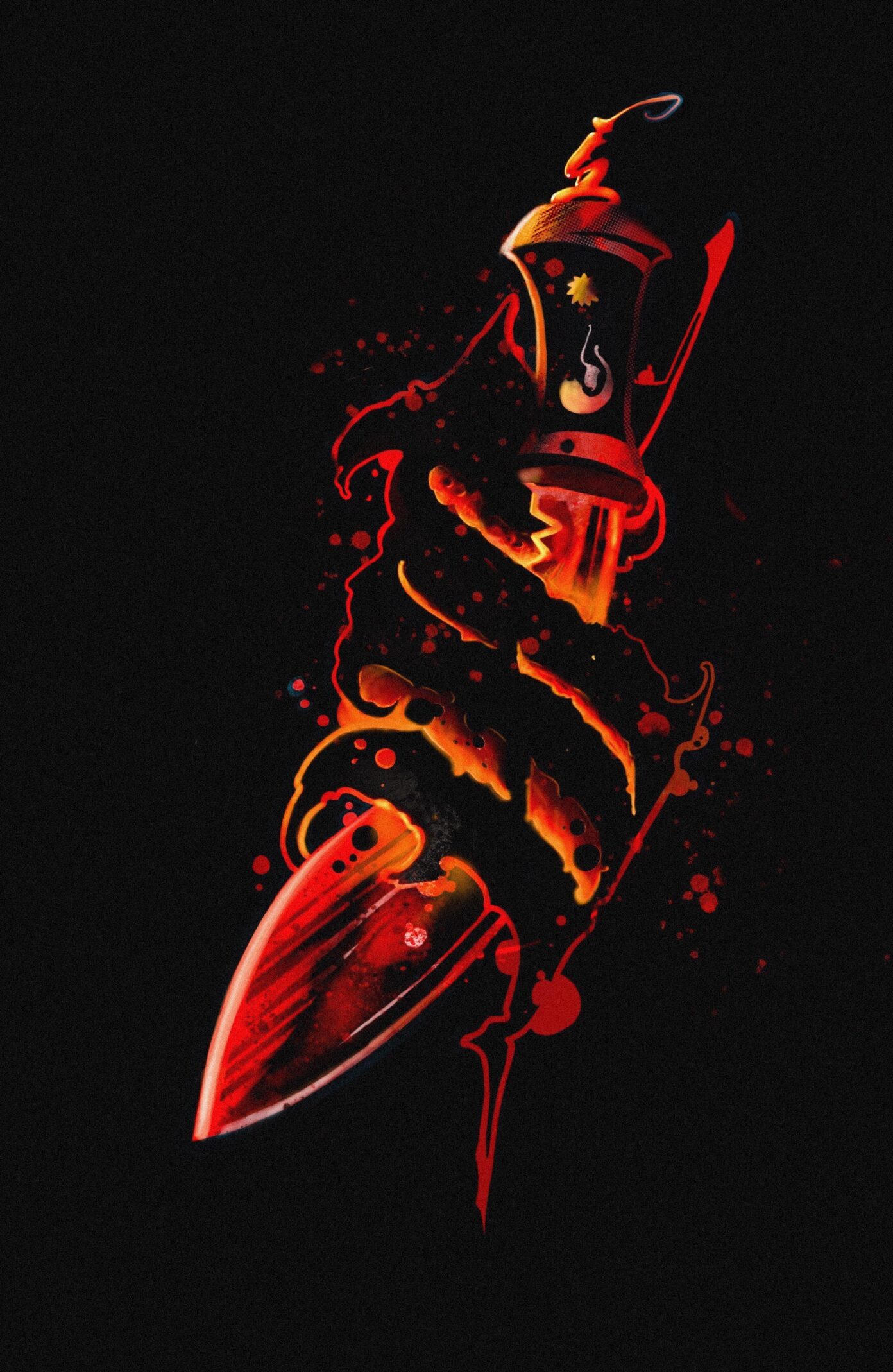 I drew inspiration from the ‘Enough is Enough’ movement, when a bunch of youths gathered in front of the prime minister’s residence in Baluwatar to protest against the government’s mishandling of the coronavirus crisis. I made this piece after watching videos and photos from the scene on social media. There wasn't any specific intention towards using the letter ‘S’; it’s just that it happens to be the letter I like the most. 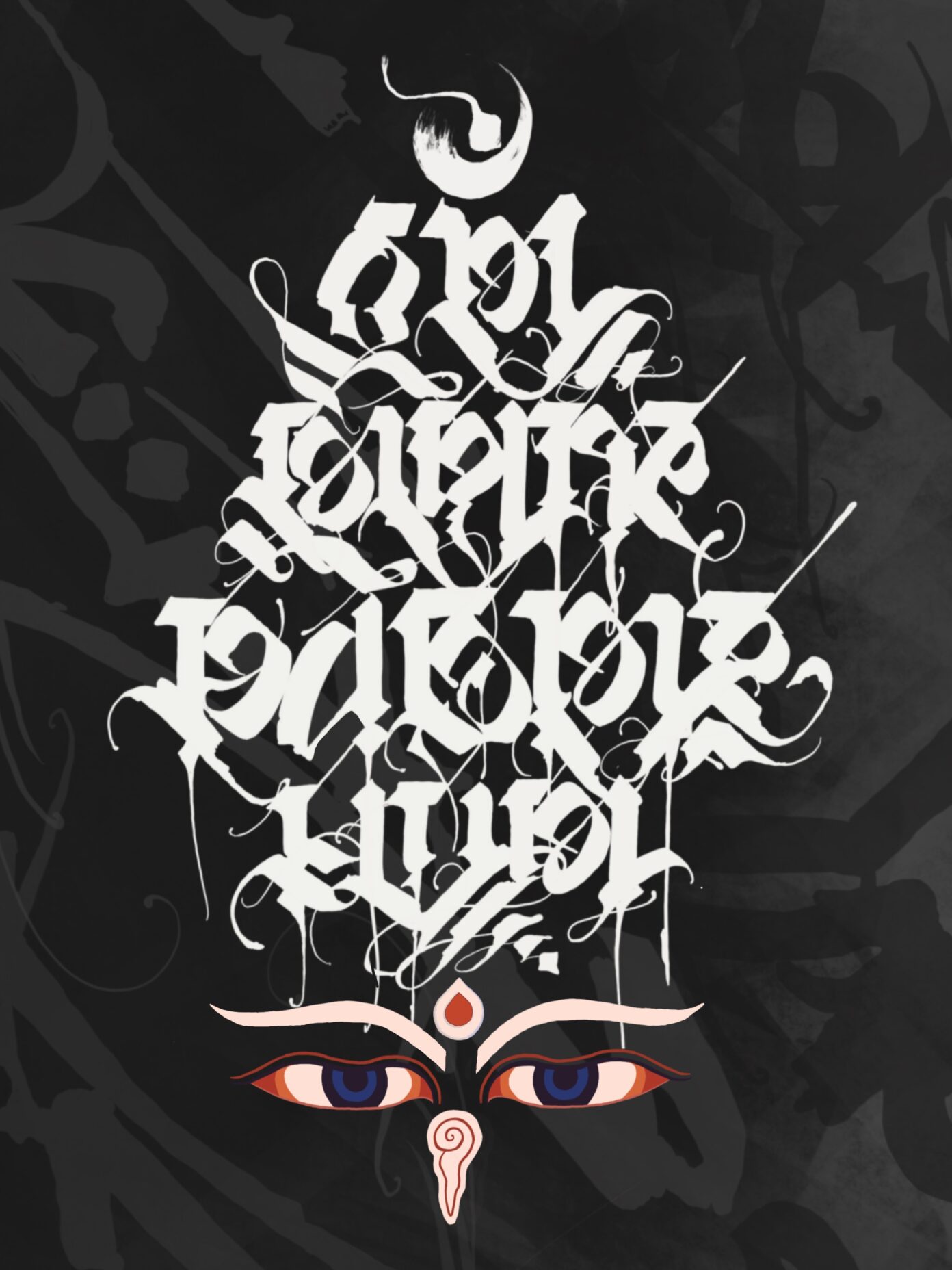 I used to take frequent visits to Boudhanath Stupa, but because of the nationwide lockdown, I was unable to visit it. This piece is just a remembrance of the times I spent at Boudha.