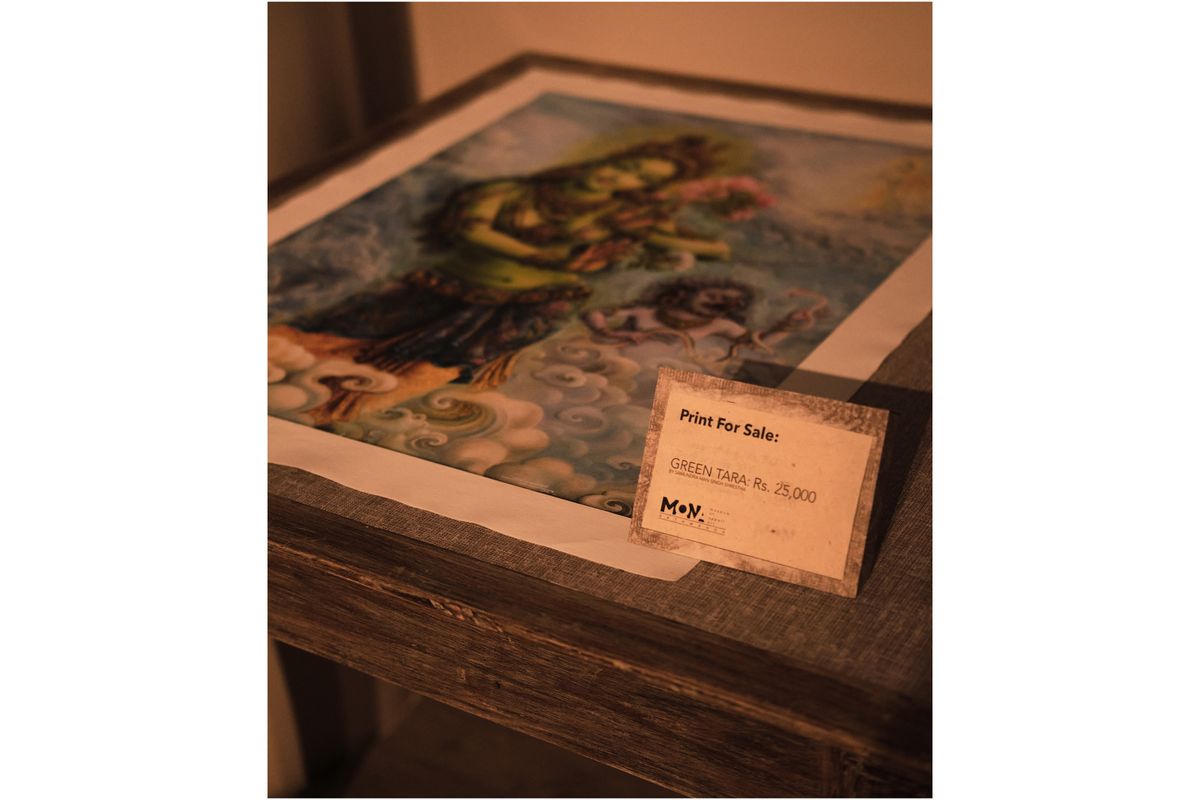 In a career that spans almost five decades, veteran artist Madan Chitrakar has sold paintings for as little as Rs 50 and as much as Rs 500,000. Since Chitrakar's debut in 1975, he has become a principal name in contemporary Nepali art and a highly sought-after artist, whose works now comfortably sell for Rs 300,000-400,000.

But it took Chitrakar nearly 50 years to get to the point where sales of his paintings can keep him comfortable. Initially, he had to depend on his government job, as an undersecretary at the Ministry of Tourism, to support his family.

“If I had worked full-time as a painter, I would not have survived,” he said. “I needed to get a secondary job and I did.”

Chitrakar is one of the few Nepali artists who is able to sustain himself through art, an often unrequited dream for many other Nepali artists. For most young Nepali artists, focusing solely on art as a career is impossible. A secondary source of income is necessary in order to simply sustain themselves.

“To survive solely through my own sales is a struggle in Nepal,” said 31-year-old artist Subas Tamang. “Even if we get exhibited, we only make money for the few pieces that we sell.” 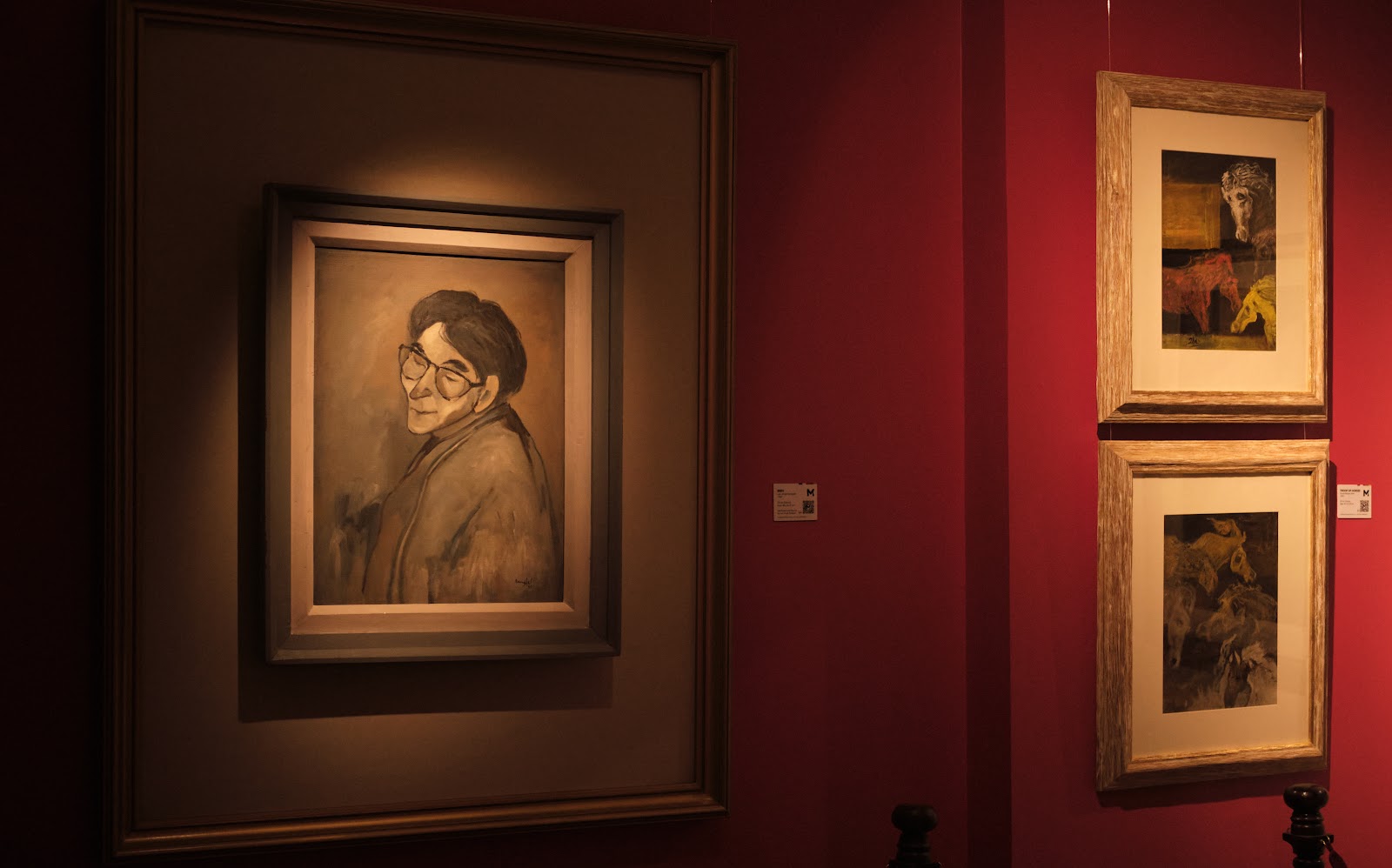 It often takes decades of exhibiting for artists to even begin demanding substantial sums for their artwork and even when they do, there is no guarantee that they will find a buyer. For artists in Nepal, their work, at least initially, appears to be solely fuelled by passion.

Erina Tamrakar, who is married to fellow artist Asha Dangol, relates how the early days of their careers were exceptionally challenging. They had to commit themselves to their art without any hope for fiscal returns.

“We sacrificed a lot to hone ourselves as artists. Sometimes there were monetary struggles and sometimes there was pressure from our families to get 9 to 5 jobs,” she said.

Dangol and Tamrakar, who are in their late 40s and early 50s respectively, are the middle children of contemporary Nepali art. They act as bridges between veterans like Chitrakar and younger artists like Tamang.

Dangol had his first group exhibition in 1992 and first solo exhibition in 2002 but he says that he has only been able to work solely as an independent artist for the past five years or so.

“The period between 1992 and 2002 was full of struggles for me as an artist,” he said. “After 2002, I had more solo shows, got better recognition, and things gradually started to get more stable then.” 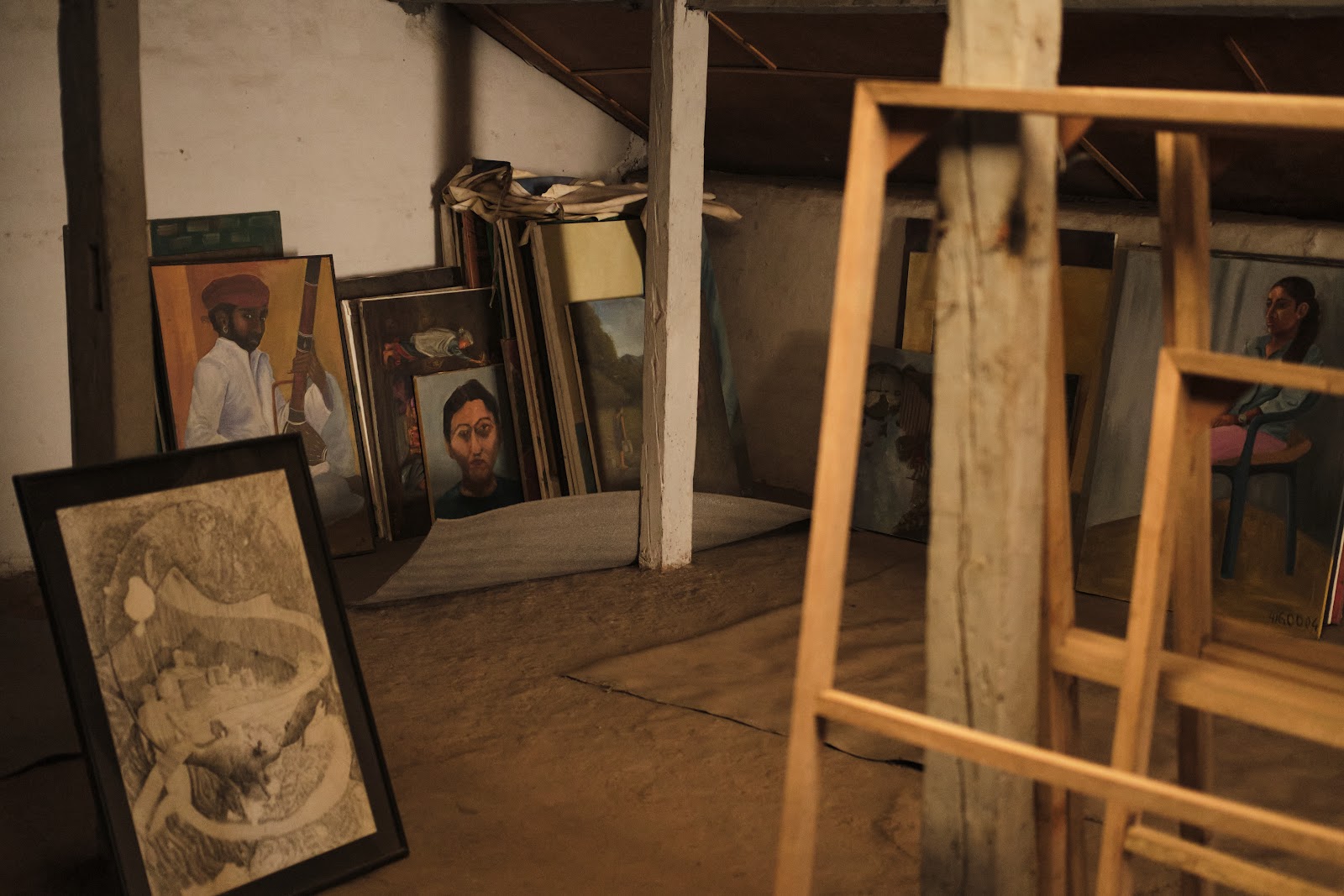 But why, despite all the perseverance and dedication that artists put into perfecting their craft, is it still so difficult for them to sell their work and survive on their earnings as artists? There are multiple reasons, but a key factor, according to art curator Sangeeta Thapa, is that while there are many selling their work, there are only a few who are actually willing to buy.

Art is an industry that thrives when the economy is thriving, says Thapa, and that for art to sell, people need to earn more and have more disposable income. So far, buying art remains a luxury reserved for a wealthy few.

“It’s the same people who are being asked to buy art each time, and that is a problem. The market in Nepal hasn’t expanded horizontally or vertically,” said Thapa, who is the director of Siddhartha Art Gallery. “At Siddhartha, we have never been able to make a total sale of 30 lakhs during an exhibition, but right next to us, in India, a single painting can fetch 30 lakhs or more.”

And even within the condensed art market in Nepal, artists and galleries often end up having to haggle prices with potential buyers.

“There are very few collectors here, and those few collectors know that the buying power is so low that they ask for discounts, even for pieces priced at twenty thousand. They’re very wealthy, but they’ve realized that if they don’t buy it then no one else will, and they capitalize on that fact,” said Thapa.

A shared complaint amongst contemporary Nepali art aficionados is that Nepalis still view art as a one-off commodity and not an investment. Rajan Sakya, a private art collector and founding director of the Museum Of  Nepali Art, shares this sentiment. Sakya believes that for the Nepali art economy to really take off, people need to be able to identify good art pieces and assign value to them.

“An investment is when you buy something today and have its value increase in the future. In the Nepali art space, it is not about you buying expensive art now, it is about you being able to identify good artists,” said Sakya.

A personal story from Chitrakar highlights Sakya’s point on how Nepalis often fail to see the value of good art. Chitrakar’s late father, Tej Bahadur, was a prolific force in contemporary Nepali art during his time but he was never able to make enough money through just his art.

“My father once sold a painting to a foreign diplomat through a gallery for Rs 25,000, out of which my father got Rs 15,000. It was a really good painting and the collector had a good eye,” recollected Chitrakar. “Now years later, the person reached out to me saying that he’s gotten old and his collection had gotten heavy. He then mentioned that he still had my father’s painting but was negotiating with a potential buyer from Nepal for a price tag of nine lakhs.”

Despite the reluctance of Nepalis to buy art, both Chitrakar and Sakya maintain that creating and collecting art is a matter of the heart. Investing in art is different from investing in real estate, gold, or stocks; it is more personal, says Sakya.

“Art must be created and collected for the love of art,” said Chitrakar.

In order to deal with the dearth of collectors and buyers, Nepali artists have taken it upon themselves to find ways to pool their resources and make sure that they are able to make a living.

Tamang co-founded Artree Nepal, an artists’ collective, where whenever any of the group makes a sale, the earnings are distributed among the five artists so that all of them have a regular source of income. Dangol too co-founded a group called the Kasthamandap Artists Group where the eight members not only help each other in their art journeys but also work to create commercial products like postcards that can be sold to supplement their incomes.

But these are individual efforts. In order for artists to stay financially stable and creatively independent, the art market needs to move away from the tiny bubble of elite collectors so that art is more accessible to a wider audience. Chitrakar believes that artists need more platforms where they can present their work. This means creating more galleries and physical places where people can learn to appreciate art.

This is part of the reason why Sakya came up with MONA and the Kathmandu Art House. He admits that while Nepali art might always be seen as too ‘expensive’, it could also be more popular.

“If a person has a thousand rupees, they don’t need to spend all of it on art. Just paying a hundred or so rupees for a ticket to an exhibition is fine,” he said.

Sakya even believes that ordinary Nepalis can still bring art to their walls through more accessible means like purchasing prints. If more people were to value and recognize contemporary Nepali art, it could expand the condensed group of Nepali collectors that exists today and perhaps even push them to compete for purchases and drive up prices.

“The few collectors in Nepal have already saturated their collections. What we need is for art to reach middle-class households,” said Dangol, who has been organizing the Himalayan Art Festival since 2017. A primary objective of the festival is to bring contemporary Nepali art to Nepali walls, he says.

But these sales are not made solely through independent buyers; a lot of it also comes from corporate houses buying multiple pieces of art. In fact, both Thapa and Dangol said that corporate entities like the Himalayan Bank and Agni Group have been instrumental in purchasing art.

As for now, the contemporary Nepali art scene continues to exist in a state of uncertainty. While the number of artists continues to grow, the people willing to pay for their art do not seem to be rising alongside.

“The journey of an artist is a cruel one that is filled with struggles and uncertainty. Even artists like Van Gogh lived in inadequacy only to be recognized after their death,” said Chitrakar.

When asked what it is that really determines the price one pays for art, Chitrakar illustrates a few necessary elements: “The workmanship and inherent creativity of a piece are key aspects when it comes to putting a price on art, but those are not the only factors. The journey of the artist and the brand that they have built around their work equally determine the value.”

Digital art for a digital world

Meet six young Nepali artists with stories to tell, styles of their own, and a passion for art that’s digital.